Morton welcome Raith Rovers to Cappielow tomorrow, attempting to claim their first point in four Championship matches. Gus MacPherson’s side will look to bounce back from successive defeats in the hands of Queen of the South, Partick Thistle and Kilmarnock against a Raith Rovers side that have stuttered so far this season. John McGlynn’s side were standouts last season, finishing 3rd behind promoted sides Hearts and Dundee, and will provide another stern test for the Sinclair Street side.

Morton captain Kyle Jacobs looks certain to miss out again this week. Striker Gozie Ugwu is facing a race against time to be fit enough to play his part in Saturday’s match, despite having featured as a late substitute against Kilmarnock as Morton tried to force an equaliser. 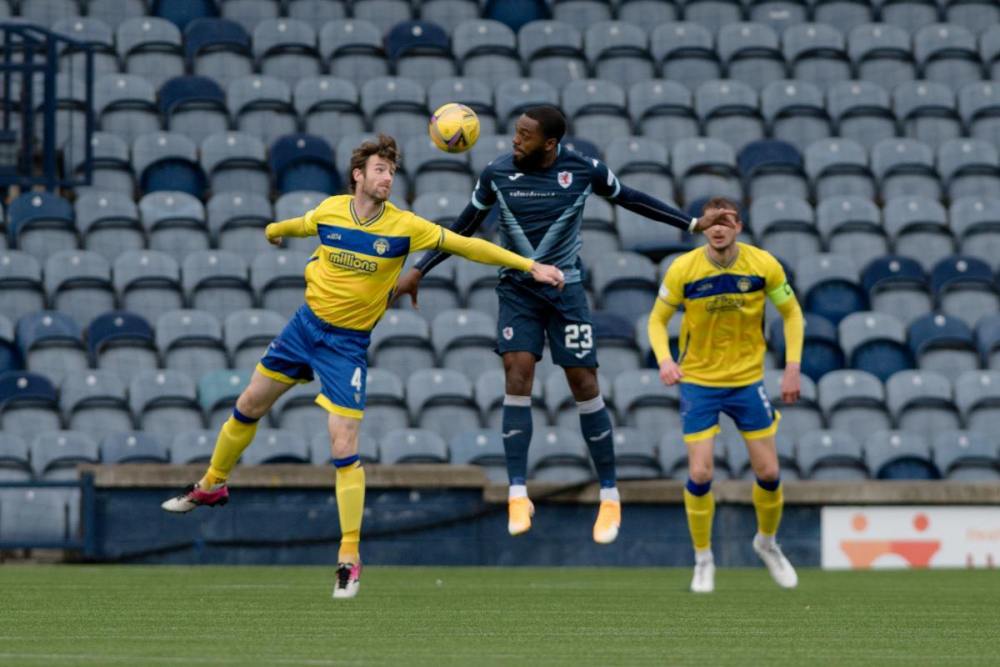 Morton’s assistant manager Andy Millen spent a season in Kirkaldy as a player in 1997, making eighteen league appearances. David McGurn is the most obvious link between The Ton and our Fife counterparts. He joined Morton in 2002 as a youth from Hillwood Boys Club. After being promoted to the first team, he spent the entirety of 2003-04 deputising to Craig Coyle, who also played for Raith Rovers. After one hundred appearances over four seasons in the first team, he left to join then part-time Raith Rovers to enhance his career prospects out-with football. After seven seasons between the sticks, he had spells with Stranraer and Cowdenbeath before returning to Kirkcaldy in 2019 as a player/goalkeeping coach.

Raith Rovers claimed maximum points against Morton last season in their three league meetings. On Matchday 4, Morton fell 5-0 at Starks Park. With Morton already two goals down, captain Jim McAlister was sent off for a dangerous tackle, with Raith Rovers taking full advantage of the numerical difference between the sides.

On Matchday 15, an Iain Davidson strike in the twelfth minute gave the away side all three points at Cappielow, with Morton failing to register a single shot on target throughout the ninety minutes. On Matchday 22, a late Jamie Gullan goal split the sides at Starks Park. 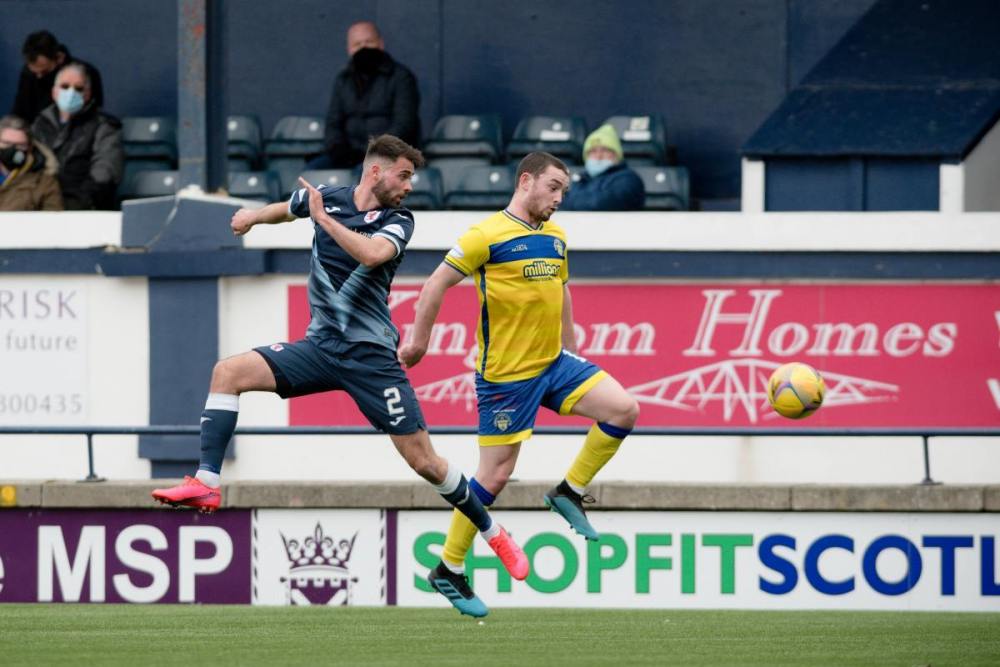 I spoke to sport journalist Alan Temple (@AlanFTemple) this week, who spoke about Raith’s efforts to follow on from last season – “After losing a swathe of their top performers from last season — most notably the metronomic Regan Hendry — Rovers’ campaign has been as inconsistent as one might expect. Rebuilding a team and conditioning them to play in John McGlynn’s fluid, free-flowing style isn’t an overnight endeavour. The lights going out on their derby against Dunfermline didn’t help in the quest for momentum.

However, there have been flashes of progress — the thrilling 2-1 win over Aberdeen in the Premier Sports Cup; a professional win at Ayr United; the first 65 minutes against Hamilton before all hell broke loose. Even in last weekend's 1-0 home defeat to Queen of the South, Rovers registered 20 shots and 14 corners. They are liberally creating chances but perhaps lack that seasoned, clinical striker to put the ball in the back of the net. How they miss the luckless Lewis Vaughan.

The real threat will come from the flanks. Dario Zanatta is a player reborn and will cause havoc cutting in from the left wing as the willing Liam Dick overlaps. With Aidan Connolly injured, Kai Fotheringham and Reghan Tumilty have the same rapport on the right.

Dylan Tait has progressed superbly this season and is a tireless presence in midfield, bombing forward and getting shots away. How he has failed to find the net this term remains a mystery. Be warned, a goal is coming.

Speaking to John earlier this week, he was full of praise for Gus McPherson and, in particular, his recent recruitment. The captures of Jaakko Oksanen and Gavin Reilly were met with admiration. He fully expects a testing encounter. Nevertheless, a defeat for Rovers would turn a challenging start to the campaign into a disappointing one.

My prediction would be 3-1 Raith Rovers with Dario Zanatta scoring and generally giving Michael Ledger a testing afternoon at the coalface. 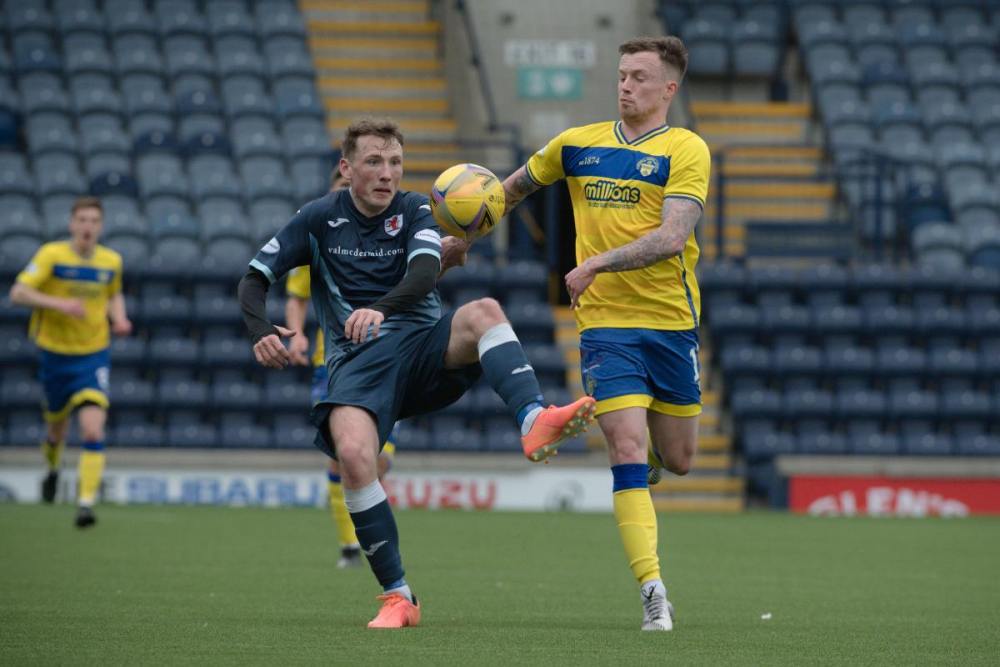 All match odds are provided by McBookie. All odds correct as of 6am on 16th September 2021 and are subject to change. Please only bet within your means and visit BeGambleAware if you are struggling.

Despite home advantage, Morton head into tomorrow’s clash as outsiders, priced at 9/5 to win. Morton to win with BTTS is 9/2, and The Ton are 4/1 to win without reply. If you fancy a comfortable home victory, you can claim 11/2 on Morton to win on a -1 handicap.