Gus MacPherson’s side travel down the coast tomorrow for the first league meeting between Morton and Kilmarnock since the 1992/93 season – when Gus MacPherson was playing for the Ayrshire side. Looking to improve upon an incredibly disappointing performance and result at Partick Thistle a fortnight ago, the Cappielow side will take confidence from the 1-1 draw against tomorrow’s opponents in this season’s League Cup group stages.

Morton fans will be looking forward to casting their eyes over the new arrivals in Gus MacPherson’s squad – with defender Oisin McEntee, midfielders Jaakko Oksanen and Tom Allan and attacker Gavin Reilly all arriving on Sinclair Street in the closing days of the transfer window. This enthusiasm may be tempered slightly by the news that both captain Kyle Jacobs and striker Gozie Ugwu are doubts heading into this clash against a Kilmarnock side tipped as favourites to win the Championship this season. 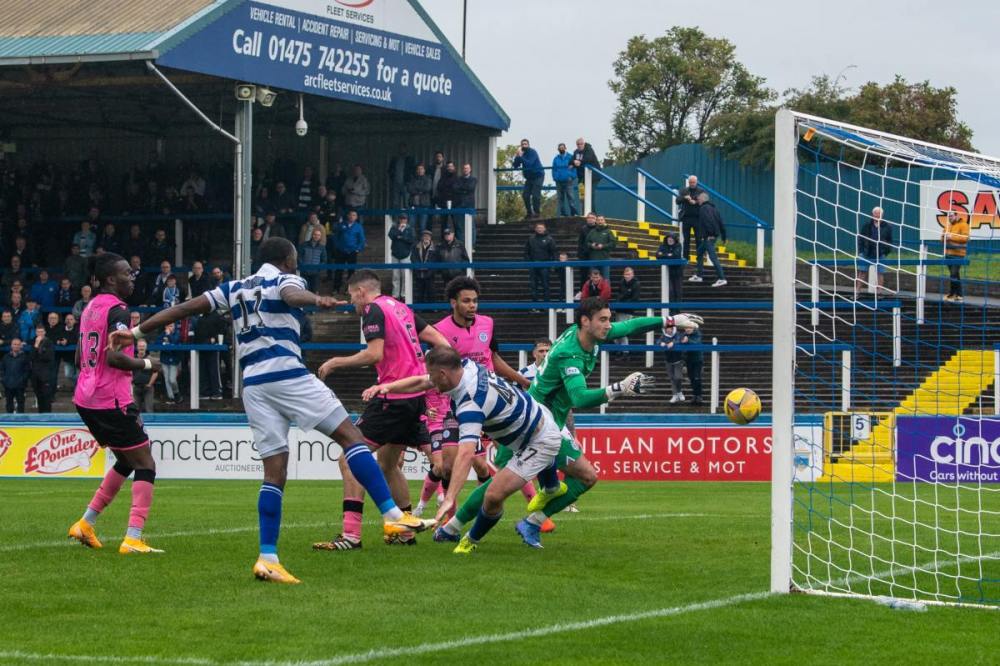 While nobody in the current Morton squad have ever played for Kilmarnock, both Gus MacPherson and Andy Millen have turned out for the Ayrshire side. Millen made 57 league appearances for the Ayrshire side between 1993-95, earning a Scotland B cap against Wales B for his endeavours. Gus MacPherson joined Killie in 1991, having failed to make the grade as a Rangers as a youth player. He spent a decade in Ayrshire as a mainstay in their squad, making 354 league appearances for the club. The crowning achievement of his time with Killie was lifting the Scottish Cup in 1997, beating Morton 5-2 in the Quarter Finals.

Jason Naismith signed for Kilmarnock in the summer after his release from Premiership side Ross County. Naismith spent six months on loan at Morton in 2012 from parent club St Mirren, marking the first time in history that a player had been loaned between the two rival clubs. After making only seven appearances for The Ton, he returned to Paisley before being sent on loan to Cowdenbeath to complete the season.

Stephen McGinn spent the tail end of last season on loan at Sinclair Street. Gus MacPherson utilised the positive relationship he had with the player and convinced him from Hibernian. Debuting away to Dunfermline, McGinn went on to make eight league appearances, including both legs of the playoff final victory against Airdrieonians.

This is the second meeting of the sides this season, having squared off already in Morton’s ill-fated League Cup campaign. Morton opened the scoring in the sixteenth minute as teenager Lewis McGregor cut inside onto his right foot and curled the ball into the far corner from the edge of the box, grasping his first-team opportunity with both hands. Morton tired late on, with former Morton loanee Jason Naismith’s delivery into the box being pushed towards Kyle Connell who equalised in the first minute of injury time. Tommy Wright’s side went on to win on penalties and progress from the group.

Morton’s last win against Kilmarnock came once again in the League Cup, this time in Morton’s successful 2016/17 season. Gary Oliver and Jai Quitongo goals sealed an excellent win for Jim Duffy’s side en route to a League Cup Semi Final appearance for the first time in thirty-five years. You can read our ‘Where Are They Now?’ article for the 2016/17 semi-final squad here. The two teams last shared a division in 1992/93, with the last league meeting between the sides coming on 9th March 1993. Goals from Martin Doak and Jim Tolmie secured a point for The Ton. 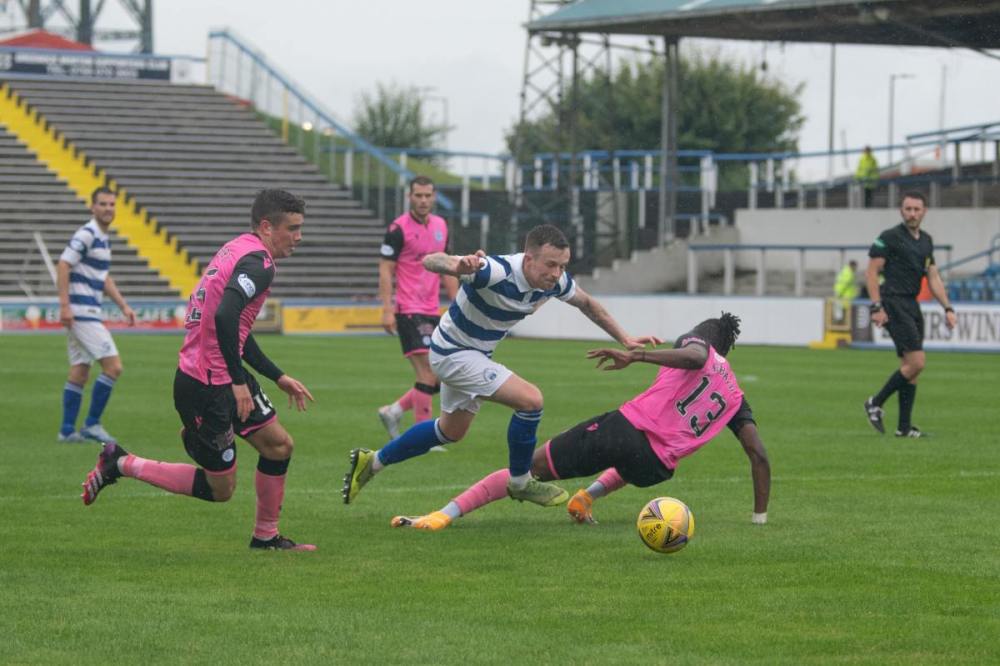 The most notable statistical difference between the two sides so far this term is in their defensive capabilities. Kilmarnock have only conceded one goal so far this season, in their 1-0 defeat to Inverness. By contrast, Morton have conceded eight goals to date this term. Zach Hemming has the second best clean sheet in the division so far, with three of his four matches played resulting in shutouts. Hemming has faced the second least number of shots in the league so far (seven shots), as opposed to Morton’s Jack Hamiton who has faced more shots on target than any other goalkeeper in the division (seventeen shots).

I spoke to Kilmarnock fan Peter McCormack (@CamMcCo on Twitter), who spoke about the squad rebuild and change of mentality at Kilmarnock as they adjust to life in the second tier – “For Kilmarnock, it has been a summer of rebuilding, taking stock and getting over the shambles of last season and our subsequent, deserved, relegation to the Championship.

However, there has been a cautious optimism among the Kilmarnock rank and file support (ignoring the hot heads and bampots who expect instant success after decades of being spoiled by our extended stay in the top flight) as Tommy Wright (and Director of Football James Fowler) have constructed a solid foundation of a team over the last few months. The club have stated that their goal for the season is promotion and the press and bookmakers have backed this opinion likewise. The title of favourites, though, is one which Kilmarnock haven't often been used to.

With almost all of last season's team out of contract (thankfully for the most part), as well as the need to change things following successive seasons of poor showings, a clearing of the decks has been undertaken and the replacements drafted in appear to have been of a solid, experienced spine, with a focus on players of a reliable and consistent standard, rather than any attempt at signing "stars" (relatively speaking).

Early season form (including pre-season) has been encouraging, with the only blots on our copy book being an unsurprising and fairly expected 2-0 defeat by Hibs at Easter Road and a disappointing 0-1 defeat at Rugby Park by potential title rivals Inverness in our most recent league match. Performances generally have been workmanlike but effective and this squad already plays far more football than last seasons. The additions of new captain Stokes (currently injured) and vice-captain Ewan Murray at centre back have made a huge improvement on last season, as has Hemming in goal, which has allowed a foundation for the likes of McGinn, Polworth, Alston, the impressive Fraser Murray and the evergreen Chris Burke to play through the midfield. Arguably we have been short of experienced, recognised first team centre forwards (academy graduate Innes Cameron had been leading the line but is not yet the finished article, then converted midfielder Scott Robinson who scored a double in our win at Hamilton but is now injured; Rumarn Burrell who is a young forward on loan from Middlesbrough set up the winner against QOTS after coming on as a late sub, but then was also injured), but the deadline day arrival of former Hibs striker Oli Shaw from Ross County and for whom we have paid a transfer fee gives hope that this issue has been addressed. The manager insists a loan striker is still being worked on also, so there may yet be more to come there.

In terms of what to expect from Killie, we play a 4-2-3-1 system, we're fairly solid in the centre and stable at the back and we rely on the full backs and the left and right wingers to act as our width and out ball, with Polmont the central creator behind the lone forward. We've shown a tendency to grind out results where last season we would have failed to, and hopefully we will be keen to make up for the no show against ICT last time out in the league (we beat Falkirk 3-1 in our most recent match in the SPFL Trust Trophy, but matches against a side of Falkirk's utter diddiness hardly merit a mention).” 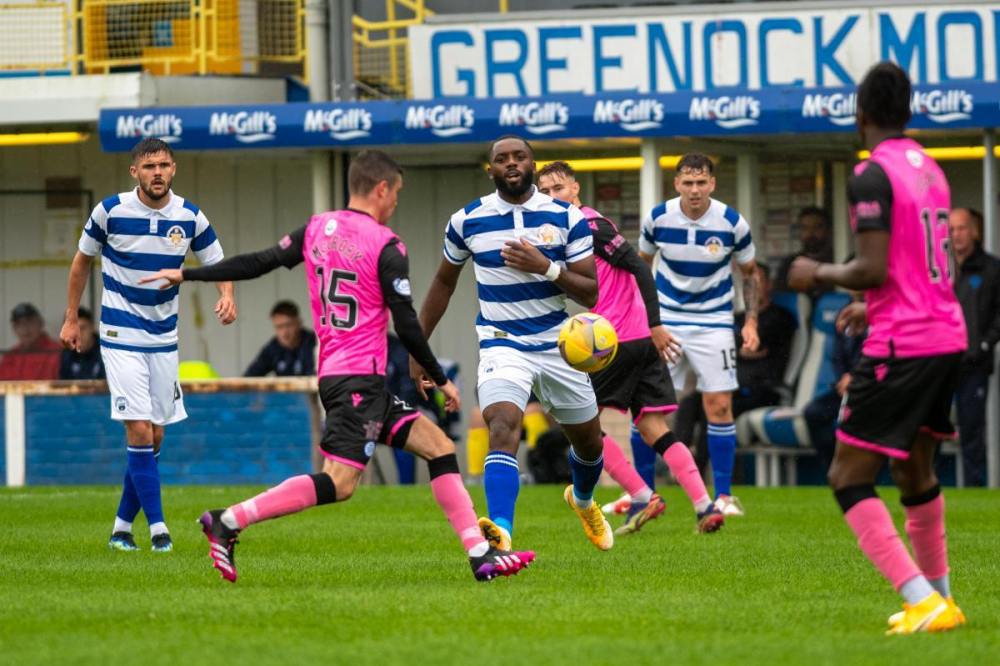 All match odds are provided by McBookie. All odds correct as of 6am on 8th August 2021 and are subject to change. Please only bet within your means and visit BeGambleAware if you are struggling.

Kilmarnock go into this match as heavy favourites with the bookies – priced at 1/2 to win in any manner. The home side to win and BTTS chalks up at 23/10 and the Ayrshire side are 29/10 to win without reply. Killie are 29/20 to win on a -1 handicap.