Morton travel to Ayrshire for the second time this month to face an Ayr United, with the Sinclair Street side seeking their first league win in five matches. Gus MacPherson’s side have fell to Queen of the South, Partick, Kilmarnock and Raith Rovers in succession and will be targeting three points against a newly rejuvinated Ayr United side under the management of former Morton gaffer Jim Duffy.

MacPherson will welcome club captain Kyle Jacobs back into the fold following a spell of illness. Gozie Ugwu will hopefully be fit enough to play his part at Somerset Park after taking a knock away at Kilmarnock. 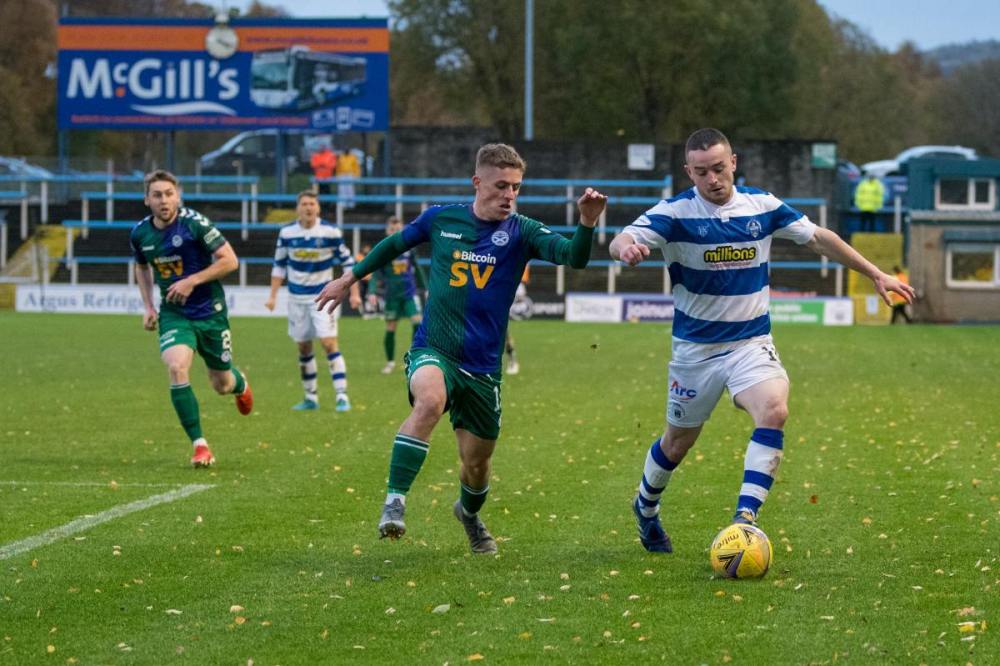 Jim Duffy is the current interim manager at Somerset Park, following David Hopkin’s resignation after just fifteen competitive matches. Duffy, who turned out for Morton from 1982-85, joined Morton in 2014 in the wake of relegation to League One, with manager Kenny Shiels being relieved of his duties. He guided the club to the League One title, before getting Morton to the Premiership playoffs and reaching the League Cup semi-final. Dave Timmons was recruited alongside David Hopkin to serve as a goalkeeper coach and scout at Cappielow, he subsequently left alongside Hopkin in December 2020.

Andy Murdoch signed for Jim Duffy in September 2016 following his release from Rangers. The hard-working midfielder quickly endeared himself to the Morton support, becoming a mainstay in the side alongside Celtic loanee Jamie Lindsay. Following seventy-five appearances in all competitions for The Ton, Duffy’s successor Ray McKinnon released the midfielder, much to the dismay of the Morton support. Murdoch subsequently signed for Championship rivals Ayr, where he has remained since.

Michael Miller was part of the Morton side who won League One in 2014/15. He made forty-eight appearances over two years at the club before joining Livingston. He is currently on the books at Ayr United while on loan at Stenhousemuir. Jack Baird signed for Morton on loan from rivals St Mirren in 2019. He made twenty-one appearances for The Ton before subsequently moving down to Ayr on a permanent deal following his release from St Mirren.

Following David Hopkin’s appointment at Somerset Park, he sought some familiar faces from his Morton squad that finished 9th in the Championship last term. Goalkeeper Aidan McAdams, defenders Sean McGinty and Marcus Fjortoft and attacker Cameron Salkeld all joined their former gaffer in his new role.

Morton and Ayr shared the spoils last season, with both teams claiming a win and a draw. On Matchday 3, goals either side of half time from Cammy Smith gave the away side a two goal lead. Two goals in two minutes from Gary Oliver and Cammy Blues levelled the match before a Lewis Strapp header rounded off a stunning comeback for the Sinclair Street side.

On Matchday 9, Anton McElhone’s side claimed a point at Somerset Park. Aidan Nesbitt put Morton ahead from the penalty spot following a rash challenge from Ayr player/manager Mark Kerr. An Aidan McAdams error allowed Luke McCowan to tap in from close range and gain a point for his side. On Matchday 18, a Cammy Smith double earned his side a valuable three points against a Morton side that failed to register a single shot on target. 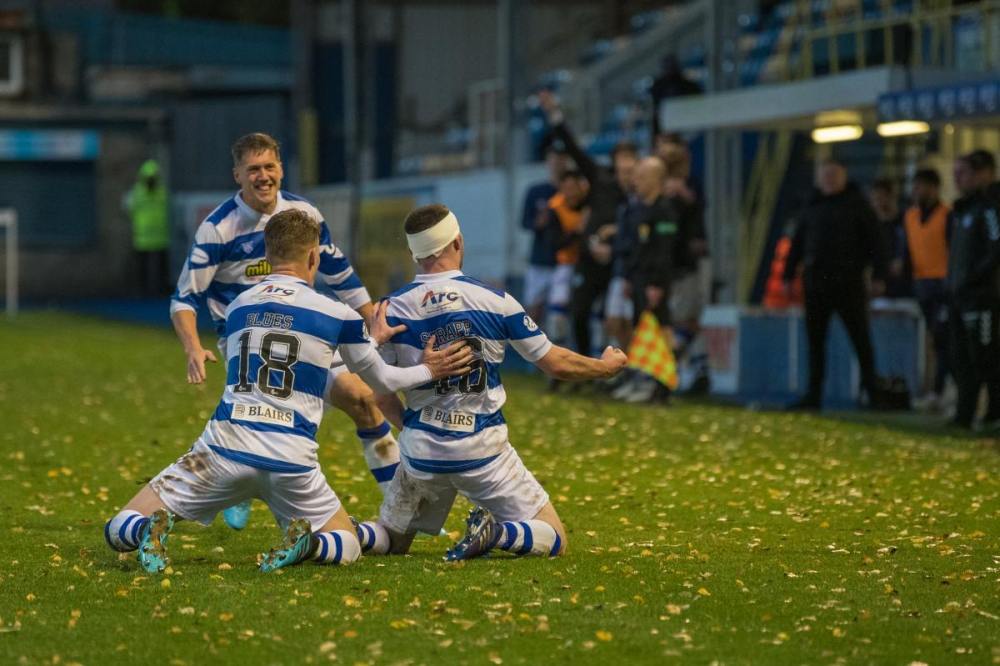 Tomi Adeloye is the top goal threat for the Ayrshire side, with the former East Kilbride player finding the net four times in six appearances so far this term. This match should see a high number of saves, with Morton goalkeeper Jack Hamilton and Ayr shot stopper Charlie Albinson ranking first and second in the league for saves made this term. Hamilton has faced twenty-three shots in six matches (3.83 per 90 minutes), with Albinson facing seventeen matches in five appearances (3.40 per 90 minutes). Both teams have been shot-shy this term, with Morton ranking 8th for shots taken with fifty-five (9.17 per 90 minutes) and Ayr ranking 10th with thirty-nine shots taken (6.50 per 90 minutes).

I spoke to Marc Dunlop (@Marco_Ayr) ahead of tomorrow’s match, who spoke of the resurgence in the ranks since Jim Duffy took over following David Hopkin’s resignation - “The Honest Men entertain Morton this weekend with a renewed confidence. On the back of David Hopkins departure, interim boss Jim Duffy has guided Ayr to two league wins on the bounce, conceding only one goal in the process. Should this form continue, I’d expect Chairman David Smith to offer Duffy the job permanently. During this short spell, the exciting young Irishman O’Connor seems to be cementing a starting berth & his creativity will be key if they are to make Saturday three out of three. Frontman Adeloye is also finding his feet at this level & will be hoping to add to his already respectable goal tally. Defensively, an unchanged back line is expected & with a plethora of ex Morton players in the ranks, it should give them extra motivation to find the three points.” 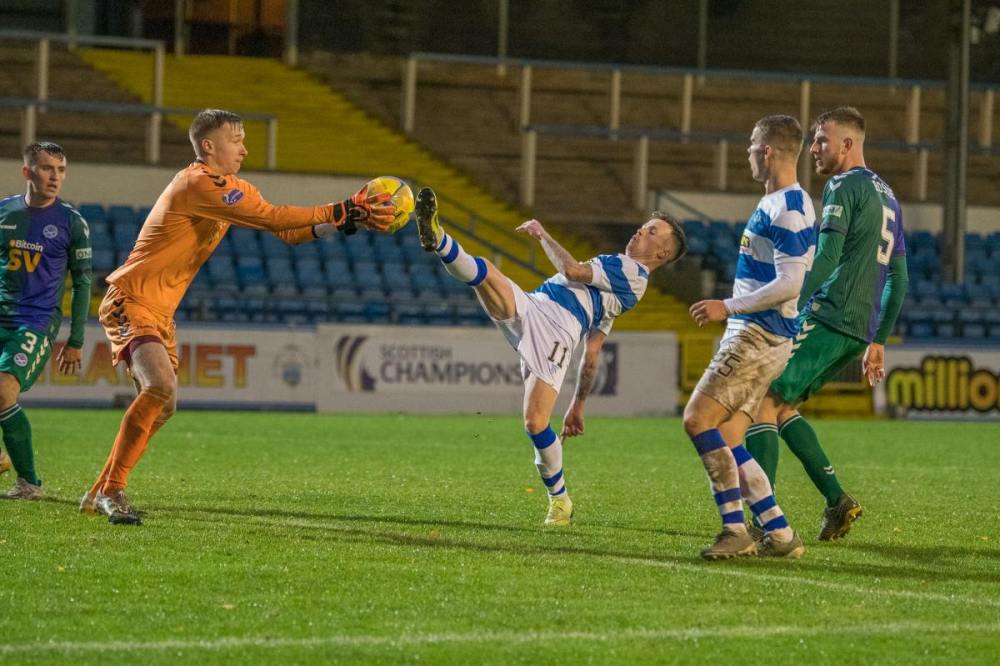 All match odds are provided by McBookie. All odds correct as of 10am on 23rd September 2021 and are subject to change. Please only bet within your means and visit BeGambleAware if you are struggling.