With Morton's four game losing streak in the league reaching an end last weekend with an insipid 0-0 draw at Ayr United, Gus MacPherson's attention now shifts towards the league's surprise package- the high-flying part-timers of Arbroath. With home form that has yielded a solitary point from nine, against bottom-dogs Dunfermline on the opening day, it's fair to say it's a game worthy of approaching with a bit of trepidation against a team enjoying their best season in generations, never mind years.

The returns of Gozie Ugwu and Kyle Jacobs last weekend were welcome ones, and at present there are no injury concerns to speak of. MacPherson will hope that both getting minutes under their belts last week will see a return to full fitness and hopefully the form that Ugwu in particular was showing at the start of the campaign. 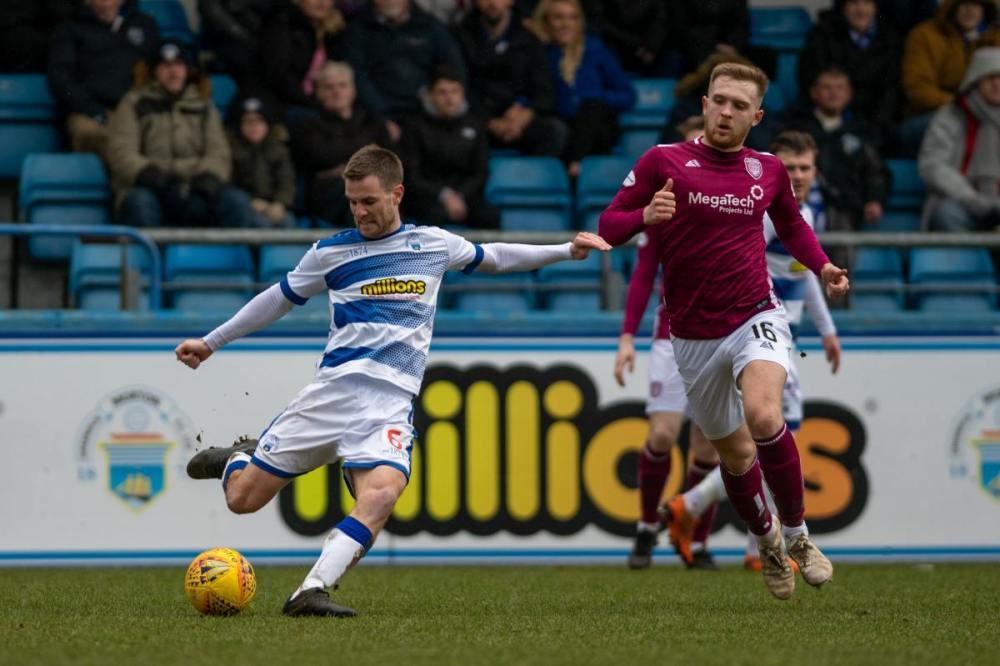 Nobody in Morton's squad have ever represented the Red Lichties, but Arbroath custodian Derek Gaston of course spent seven years between the sticks at Cappielow, establishing himself as a fans' favourite and bagging himself a League One winners' medal in 2015. Bobby Linn also claimed a winners' medal in his time with Morton, winning the 2nd Division in 2007 as a youngster, whilst striker Luke Donnelly had a brief, and not very fruitful loan spell in 2017 whilst on the books at Celtic. Arbroath's talisman Nicky Low, a Greenock native, played once as a trialist for his home town team, against a Man United XI in 2018. Arbroath full back Colin Hamilton is the brother of Morton 'keeper Jack.

In truth, games between Morton and Arbroath since their promotion in 2019 have generally been pretty turgid affairs - last season's three games resulting in two 0-0 draws at Gayfield and a 1-0 victory for the visitors at Cappielow, with another Jack Hamilton, Arbroath's Livingston-loanee of last season, netting the all-important goal to take the points back up the east coast on that occasion. The season previous saw home and away wins for Morton and an Arbroath win at Gayfield, before Sean McGinty's late equaliser at Cappielow provided the last action we saw before the world changed due to COVID. 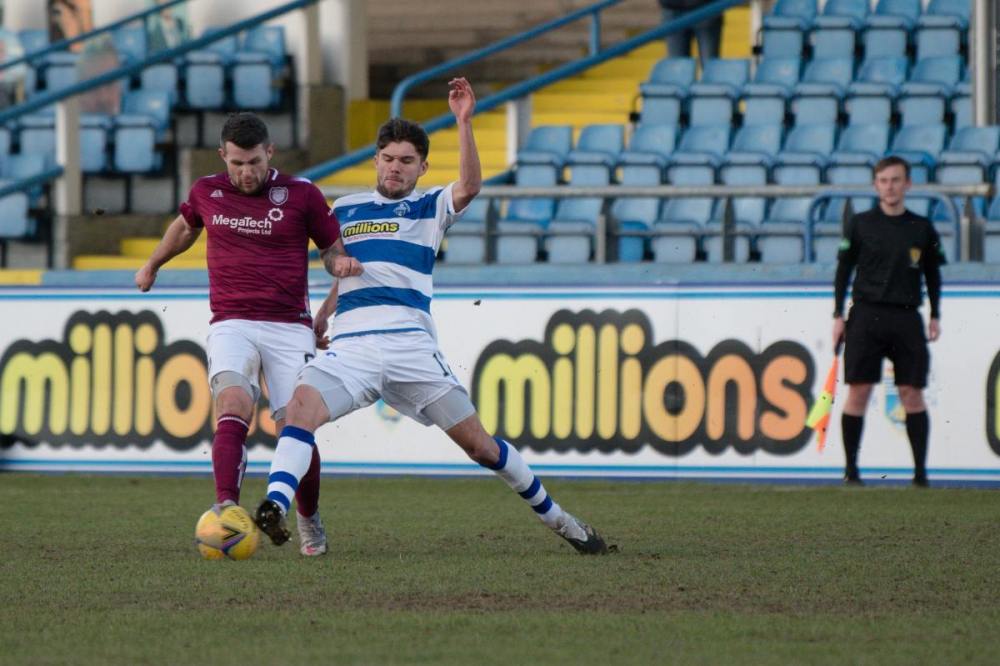 Arbroath sit third in the league, are the league's top scorers and are unbeaten since the opening day of the season, with Michael McKenna having notched more goals than Morton have so far this campaign, and Joel Nouble (another Livingston-loanee) getting more and more rave reviews with every passing week. On the downside for them, Low will be missing after picking up an injury in last Friday's 0-0 draw with Kilmarnock. It goes without saying we wish him well in his recovery whilst breathing a sigh of relief at his absence on Saturday.

I spoke to Arbroath fan and former club commentator Ewan Smith (@ewansmithpr), who was optimistic ahead of his side's trip to Greenock, on the back of their early season exploits, and wasn't shy in waxing lyrical about the Red Lichties' main men...

"Arbroath have had a stunning start to the new season. They took the double-cup holders St. Johnstone to penalty kicks in the last 16 of the Premier Sports Cup and they've swept aside Partick Thistle, Dunfermline, Hamilton, and Queen of the South to make it four wins out of five. That has put them into third place and they are not there by fluke. They fully merit being one of the promotion challengers right now.

Their Achillies heel form last year- goalscoring- has dissipated and they've found two heroes upfront in Michael McKenna and Joel Nouble. McKenna has been in sensational form in a false nine position this year with six goals in as many starts, and Nouble? He's simply been unplayable. There is no attacker quite like Nouble in the Scottish game. At 6 ft 4, you'd be forgiven for expecting Arbroath to launch balls to a big target man but it's quite the opposite. He has nimble footwork coupled with enough physical presence to give defences nightmares. His mazy run past five Queen of the South defenders in the recent 2-0 win underlines the incredible close control he has.

Joel has added a certain je ne sais quoi to an Arbroath side that has already made a name for itself as being one of the hardest teams in the Championship. But they suffered a huge blow in last week's 0-0 draw against Kilmarnock with the loss of Nicky Low to injury. Low is well known to Morton fans and has frequently watched his local side when not playing but he'll be in the Cappielow stand on Saturday as he recovers from an ankle knock. Low has been has been as pivotal to Arbroath's success as Nouble. He's a hugely influential player who epitomises the hard work and determination that is prevalent throughout this side. David Gold is likely to replace Low and I still think we have just enough to see off Morton. These games are historically tight and despite Arbroath's recent free-scoring wins, I'm going for a 2-1 win for the visitors." 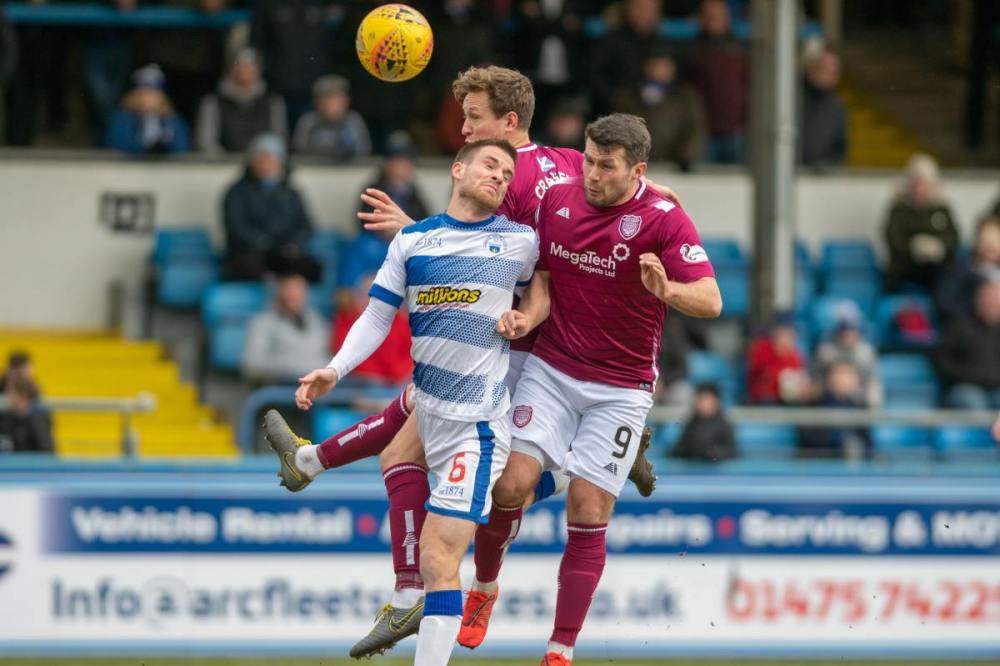 All odds are supplied by McBookie. All odds correct as of 10am on 1st October 2021 and are subject to change. Please only bet within your means and visit BeGambleAware if you are struggling.

Morton understandably head into Saturday's game as outsiders at 9/4, with our guests being priced at 23/20 and the draw at 21/10.

Arbroath to win to nil, given our poor record in front of goal, comes in at a more tempting 12/5. Those feeling a bit more optimistic may be persuaded to take Morton to win and under 2.5 goals at 5/1.