There is an old football adage that prophesises cup competitions can be a welcome distraction from league duty. Gus MacPherson will hope that adage proves correct on Saturday, with Morton traveling north to take on Montrose in the SPFL Trust Trophy on Saturday. Despite a much-improved performance against Arbroath last Saturday, in which a dubious penalty award robbed The Ton of all three points, the Sinclair Street side are without a win in five matches. The Cowshed faithful will hope that claiming a place in the SPFL Trust Trophy quarter-finals, where The Ton would face either Queen of the South or Partick Thistle. Gus MacPherson will hope a positive result in Angus can kickstart The Ton’s stuttering league campaign. 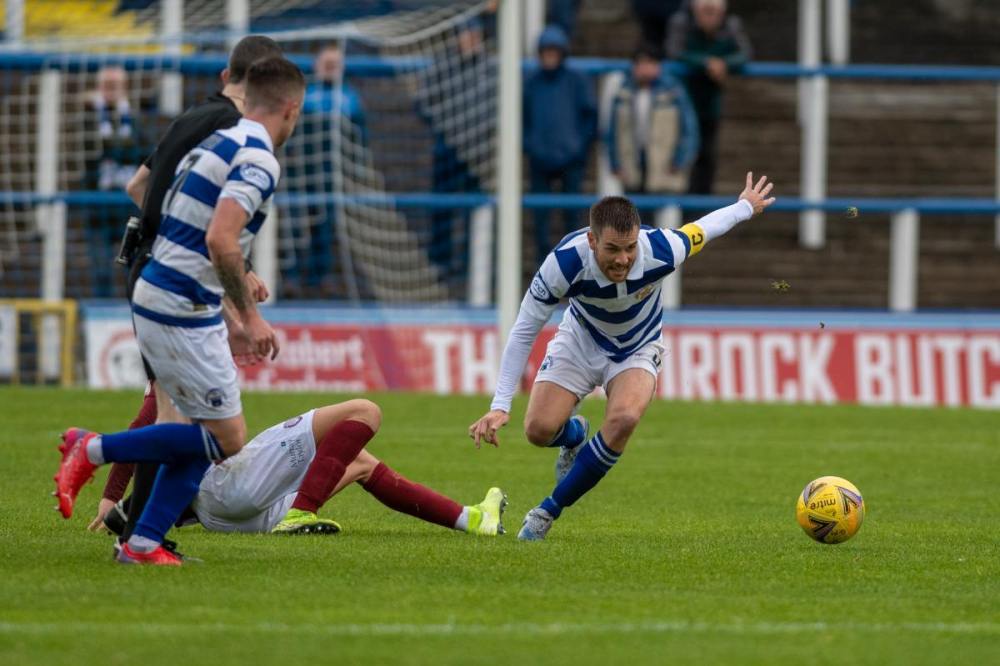 Morton will be without popular loanees Oisin McEntee and Jaakko Oksanen, who have been called up to the Ireland U21s and Finland U21s squads respectively. The away side will also be without a second choice goalkeeper, as it was announced this week that young shotstopper Chris Wylie has departed the club to pursue a career out with football.

Nobody in the current Morton squad has ever plied their tried for Montrose. Gable Endies defender Kerr Waddell spent a season on loan in Greenock from parent club Dundee in 2018/19. Having spent part of the 2016/17 season on loan at Clyde, Waddell found himself on the fringes of the Dundee first team, making sixteen league appearances for The Dee. It was therefore somewhat surprising that Waddell was allowed to join The Ton on loan for their 2018/19 campaign.

Debuting for Morton in a 3-1 League Cup defeat to Ayr United, Waddell quickly established himself as a fans’ favourite in Greenock. The defender, who showed capabilities carrying and distributing the ball, was a mainstay in Jonatan Johansson’s side until a knee injury cut his season short. Waddell’s finest hour in a Morton jersey came on the first fixture of 2019, with his thumping close-range finish from a corner giving Morton a 1-0 victory over Ross County.

After Waddell’s loan deal expired, he was released by Dundee, with Waddell claiming that he found out this information out via Twitter. He then struggled to find a club due to his ongoing injury. He joined Montrose that summer, where he has failed to sustain a regular place in the team owing to his ongoing recovery. Waddell appeared in both legs of the play-off semi-final against Morton last season.

Morton and Montrose will be familiar with each other, having squared off in the semi-final of the Championship play-off at the tail end of last season. Montrose came out on top of the first leg. Despite Gary Oliver opening the scoring for the away side after five minutes with an angled drive, Russell McLean equalised for the home side before Graham Webster gave his side the initiative heading down to Cappielow for the second leg.

Morton pegged back their Angus counterparts early in the second leg, with Gary Oliver once again finding the net for the Greenock side. Cammy Salkeld put the home side ahead after twenty minutes before Russell McLean used his physicality to hammer home and restore parity on the thirty-fifth minute. The match finished 3-3 on aggregate and headed to extra time. After thirty tightly contested minutes, Craig McGuffie’s cross-come-shot floated over Montrose goalkeeper Allan Fleming and into the far corner to spark joyous celebrations for the home side.

The last cup meeting between the sides was in the Second Round of the League Cup in Morton’s ill-fated 2013/14 season. The match finished 4-0 to home side, with second-half goals from Kabba Modou-Cham, Marc Fitzpatrick, Reece Hands and Aiden Fulton securing the win for Allan Moore’s side.

The last time the teams shared a division was in Morton’s triumphant 2002/03 season. Morton claimed ten points of an available twelve against their Angus counterparts, with a 5-2 away win being matched with a 4-2 home win in the first half of the season. The two sides were held to a stalemate at Links Park in February before Morton claimed a 1-0 win in the last meeting of the season en-route to the Third Division title. 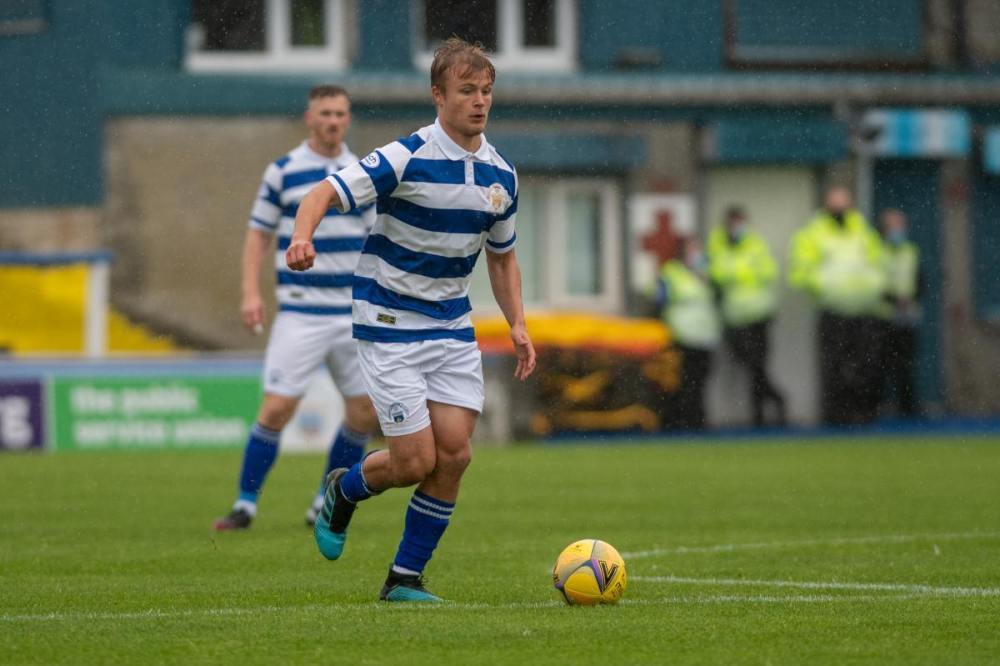 Montrose currently sit 6th in League One and appear to be secure defensively, having only conceded ten goals in nine league matches this term. Their recent form mirroring that their visitors, with the Angus side failing to win in their last five league matches. Despite their downturn in form, striker Graham Webster has been Montrose’s talisman so far this term, with eight goals in eight league appearances thus far. Gus MacPherson will look to target Montrose defenders Kerr Waddell and Andrew Steeves, both of whom have three booking apiece so far this term.

I spoke to Montrose fan Ben MacDonald (@benm89) ahead of Saturday’s match, who spoke glowingly of manager Stewart Petrie’s endeavours to continue last season’s positive momentum – “Since the semi-final at Cappielow, Stewart Petrie has done a fantastic job at being able to keep the majority of the squad that continue to do the town proud.

The main problem that has faced Montrose this season is the lack of presence up front. Russell McLean decided to leave the Mo after the playoff loss and now plies his trade for Peterhead. Add to that an injury to Martin Rennie and the side have unfortunately lacked that threat in the final third, which affected the side in games like the 1-1 draw away to Cove last month.

The good news, however, is that we have welcomed James Keatings to the side until January. Although he lacks the height of Rennie and McLean, he is a proven goal scorer in the Scottish leagues and is also clinical at set pieces. We have also welcomed back Blair Lyons and Cammy F Ballantyne on loan from Partick and St Johnstone respectively, and Mo fans know how capable the duo are at influencing the team towards a positive result.

Results wise Montrose haven’t been that disappointing, but as previously stated the need to kill off games would have helped see the Gable Endies sit at a much prettier place in the League One table. The side haven’t won a match since September 4th and will hopefully be looking for revenge against the Ton on Saturday. Will be looking forward to another exciting encounter between the sides.” 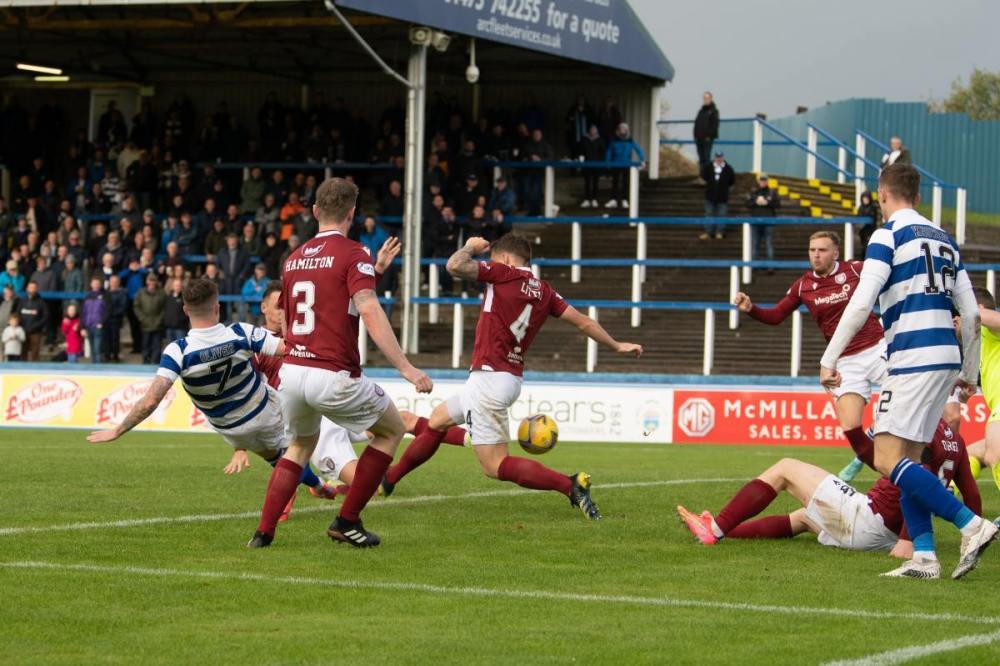 All odds are supplied by McBookie. All odds correct as of 7am on 7th October 2021 and are subject to change. Please only bet within your means and visit BeGambleAware if you are struggling.

The bookies are struggling to split the two sides, with Montrose priced at 7/4 to win the tie within 90 minutes. The Angus side are 9/2 to win with BTTS and 7/2 to win without reply. The League One side to win with a -1 handicap chalks up at 21/4.