522 days. It’s been one year, five months and four days since Morton supporters were able to cheer on their team away from home. Three hundred fans will make their way to Lanarkshire hoping that Gus MacPherson’s men can pick up their first Championship win of the season. New Douglas Park has never been the most attractive away trip for Ton fans, nor has it proven a happy hunting ground historically for the Greenock side. That said, given the passage of time since the last away day, I dare say every single Morton fan heading to Lanarkshire will do so jubilantly. 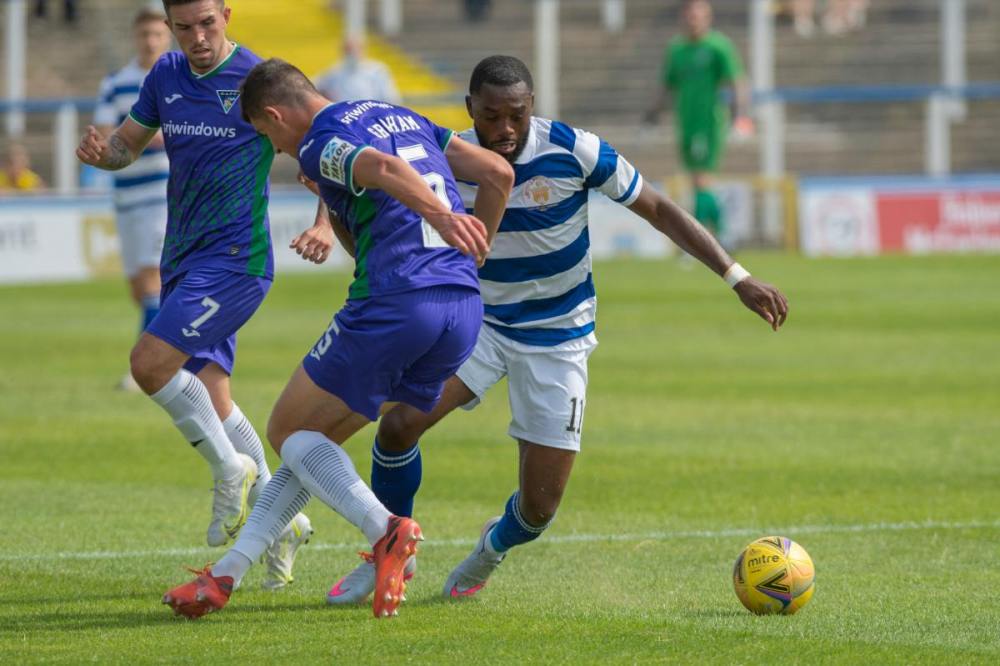 Nobody in the Morton squad has ever turned out for the Accies, and vice versa, so instead we will discuss arguably the most notable link between the two sides in recent years, Sir Douglas of Imrie. Imrie is considered a Hamilton legend and a notable fans’ favourite at Cappielow after scoring THAT goal at Parkhead.

Imrie, who turned 37 this week, spent two spells at Hamilton across his career. Imrie joined Accies 1st February 2010 from Inverness Caledonian Thistle for a fee of £25,000, debuting five days later in a Lanarkshire Derby against Motherwell. Two years later, again during the January window, Imrie moved to Paisley as St Mirren looked to stave off relegation, with a fee of £35,000 required to facilitate the transfer. In his final season, Imrie did not feature as often as he had expected and at the end of the 2012/13 season, his contract was mutually terminated.

After a short trial spell, Allan Moore secured the winger’s signature on a one-year deal as The Ton looked to improve upon their second-placed finish in the 2012/13 First Division. Despite an admirable season from Imrie, with nine goals in thirty-three league appearances, Morton finished bottom of the table. Imrie would then re-join Hamilton Accies after their playoff final victory against Hibs clinched their Premiership promotion. Imrie is now at Livingston, serving as a first team coach and head of their youth academy.

The last meeting of the two sides took place at New Douglas Park in August 2016. Having already conquered a group containing Kilmarnock, Clyde, Albion Rovers and Berwick Rangers, The Ton were drawn away to then Premiership side Hamilton. A familiar face gave the home side the lead, with Dougie Imrie dispatching a penalty after being shoulder barged by former Hamilton youth player Lee Kilday inside the Morton box.

Trailing 1-0 at half time, Morton flew out of the traps in the second half and took the game to their Premiership opponents, with The Ton’s energetic pressing game presenting a substantial challenge for Hamilton. Ross Forbes’ wand of a left foot dispatched a free kick from the edge of the box into the top left hand corner. The midfielder then turned provider with an excellent through ball that Jai Quitongo smashed emphatically into the top corner on the half-volley to dispatch his former employers.

This is the first league meeting of the sides since that day in 2014. During the ill-fated league campaign, Morton only claimed one point from an available twelve from their Lanarkshire counterparts. The last league victory for Morton came at New Douglas Park all the way back in 2011/12 under Allan Moore, with two goals in five minutes from Archie Campbell and David O’Brien giving The Ton the victory. 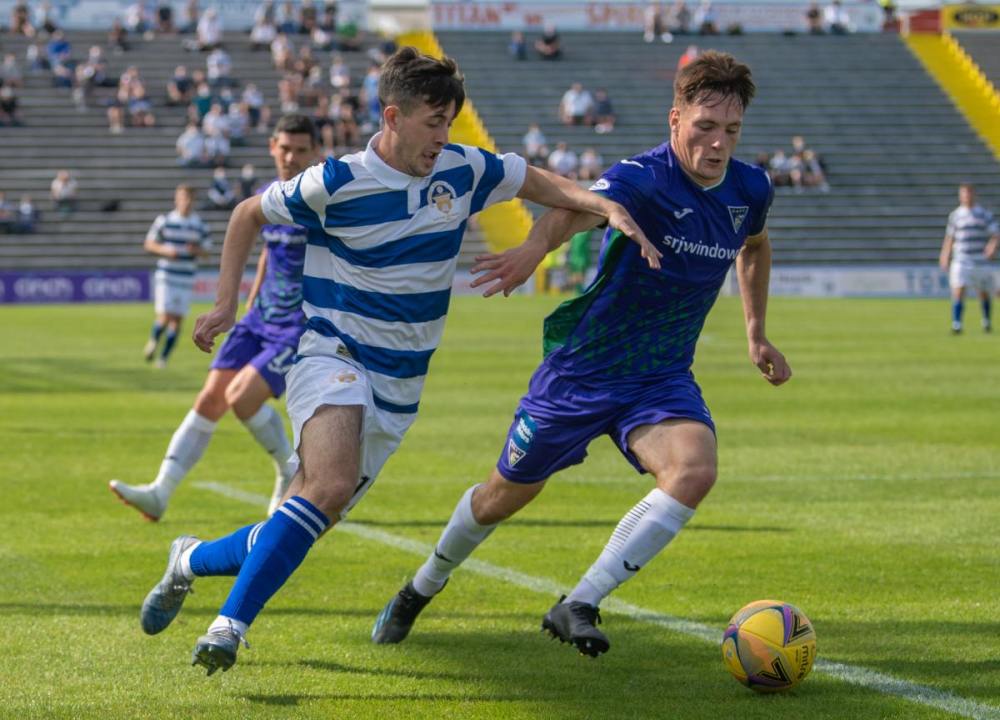 Hamilton’s return to the second tier had the most dramatic start imaginable last week in Kirkaldy. Brian Rice’s side found themselves trailing by four goals courtesy of Lewis Vaughan's double, a goal from Aidan Connolly and a Dario Zanatta wonder strike. Hamilton appeared to score a consolation goal through Kieran MacDonald with twenty-two minutes left on the clock, but this appeared to fire Accies to life. Andy Ryan’s screamer brought the score back to 4-2, before MacDonald netted again, before captain Shaun Want rounded off the exceptional comeback in the 92nd minute.

I spoke to Hamilton fan David MacFarlane (@DavdMacFarlane) ahead of Saturday’s game, who gave a summation of Accies’ adjustment to life in the second tier thus far – “Accies have kicked started this season much the same as last year, Brian Rice continually saying the same thing that he’s looking for 3/4 players to bring in and for arguably the worst luck when it comes to the rounds of COVID testing each week. That being said, Brian isn’t lying we do need at least 3/4 experienced players that’s how close we are to have a challenging team. We can’t afford players like Templeton not playing we simply don’t have the strength. All the youth players we are touting are being flung into the deep end out of necessity rather than merit.

A poor start to the League Cup campaign has become the unacceptable norm at the club for the last few years. Going four down to Raith Rovers at the league curtain raiser had us all thinking the worst. Until an unfit David Templeton rolls off the subs bench and suddenly, we score 4 goals in 22 minutes. Coincidence? Absolutely not. Having only trained last week for the first time since October it speaks volumes for his importance.

The three subs that Brian brought on changed the game at the weekend. If we can get them on the park a little bit longer each week and maybe Brian gets his wish of a couple of signings, we might be in a better place for a playoff finish. Going behind this season so far against Ayr United, Falkirk and Raith Rovers you would fancy goals for both sides. I tried to resist mentioning that there were quite a lot of goals the last time Morton came to Hamilton for a league fixture, but I just couldn’t.

Going into Saturdays match, Morton will fancy their chances to have a pop at Accies. Our home form has been a bit of a shambles for years. The only saving grace is that when we go behind in games now, it seems to wake us up. If I were a betting man, I would almost gamble my house on Morton to score first. It will definitely be an exciting game both teams will be expecting to come away with something.” 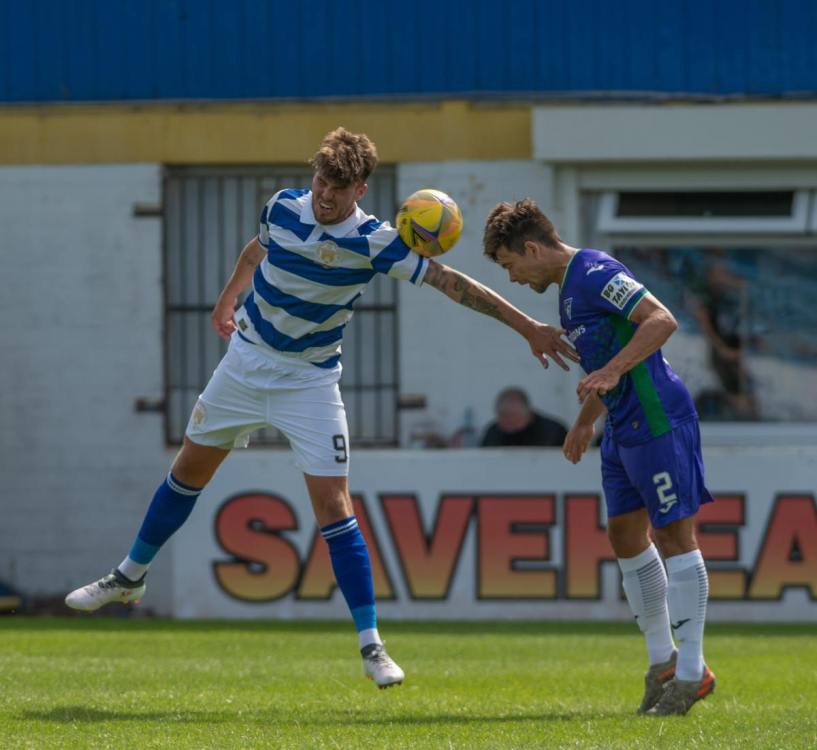 All match odds are provided by McBookie. All odds correct as of 6am on 5th August 2021 and are subject to change. Please only bet within your means and visit BeGambleAware if you are struggling.

The home side go into tomorrow’s match as slight favourites at 4/5. Accies to win and BTTS are 13/5 and 21/10 to win without reply. If you fancy Hamilton to record a comfortable win over The Ton you can back them on a -1 handicap at 23/10.

The draw is priced at 14/5. Morton are rank outsiders to claim three points on Saturday, priced at 31/10. Morton to win and BTTS chalks up at 6/1, with the same price being offered for The Ton to win to nil.