Familiar is not a word we’ve used particularly often in the last eighteen months or so, having been replaced with the word unprecedented. Cappielow on Saturday will have a foot in both camps as the age-old anticipation of the start of a league campaign meets restrictions imposed to combat the spread of COVID. Face masks, staggered entry times and social distancing are unfamiliar requirements to observe our national sport, however there will be plenty of aspects of Saturday’s Championship curtain raiser that the Cowshed faithful are more accustomed to.

Our familiar and iconic stadium looks better than it has in a decade or so after a fresh lick of paint was applied by a hardy bunch of volunteers during the off season. Morton will sport the familiar blue and white hoops, with a new sponsor-less home kit serving as both a tribute to our 1922 Scottish Cup success and underlining the fact that - for the first time in twenty years - Morton’s kits will not be advertising any Golden Casket products with the ousting of the Rae family imminent. Morton will look to familiar faces such as Gary Oliver, Kyle Jacobs, Lewis Strapp and Reece Lyon to entertain the Cowshed faithful, back to watching the team we love in the familiar situ of Cappielow, as opposed to a TV, laptop or phone in more recent times. 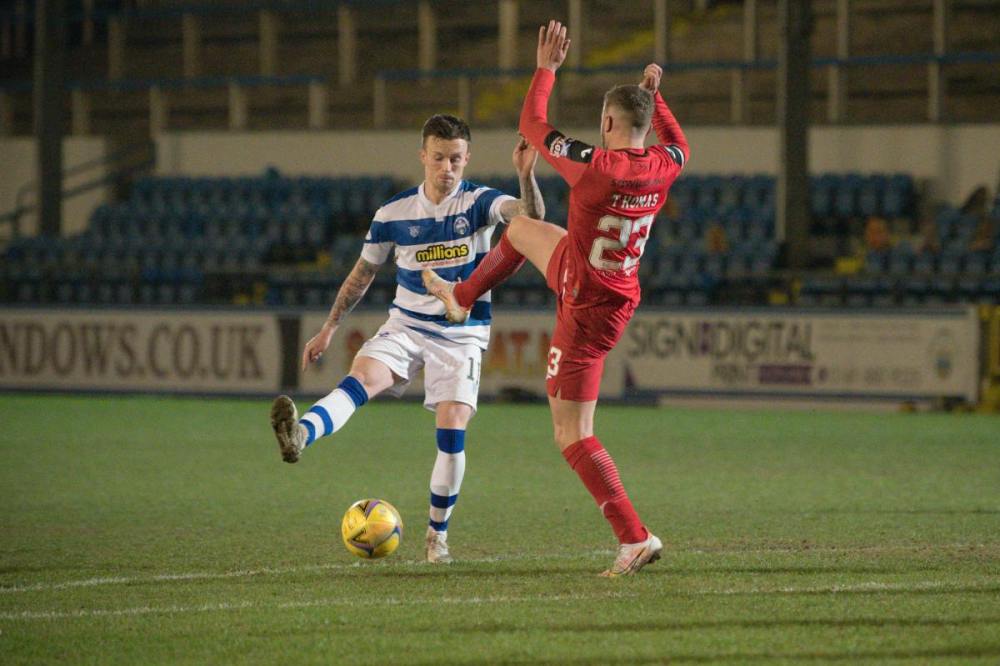 Noone in the current Dunfermline squad has ever plied their trade in Greenock, with former Morton and Dunfermline striker Declan McManus departing the Scottish Championship in the summer to join Welsh outfit TNS. Morton manager Gus MacPherson spent two seasons at East End Park at the tail end of his playing career between 2001-03, before leaving to assume a player/assistant manager role at St Mirren. Gozie Ugwu spent the first half of the 2014/15 season at Dunfermline. The striker enjoyed an excellent strike rate, finding the net on seven occasions in his fourteen League One appearances. He then moved to the English third tier to join Yeovil Town to complete the season.

Morton had the slight edge over Dunfermline last season, with the sides meeting four times over the course of the shortened season. The first encounter in December was noteworthy as it came less than 48 hours after news broke that then Morton manager David Hopkin had walked out of the club following an altercation with then Chairman Crawford Rae. Fitness coach Anton McElhone stepped into the hotseat and guided Morton to an impressive 2-1 win against a side that were being tipped to challenge Hearts at the top of the table. Jim McAlister’s volley gave The Ton the lead at half time, before a 74th minute penalty from former Ton striker Declan McManus pulled The Pars level. Five minutes later a crisp left footed striker from Craig McGuffie gave Morton a shock victory.

The second meeting of the sides was far less pulsating, with the only note of significance being current Morton manager Gus MacPherson making his debut in the Cappielow hotseat. The sides playing out an uneventful 0-0 draw at Cappielow with . A Craig Wighton header on the brink of half time was enough to earn the Fife side all three points in the final league clash between the sides last season. A mere ten days later the sides would face off again in the Scottish Cup. After 120 minutes of stalemate, spot kicks were required to determine who would progress to the Third Round. Lewis Mayo’s sudden death miss was punished by Lewis Strapp to book Morton’s place in the Third Round and a tie away to League One side East Fife. 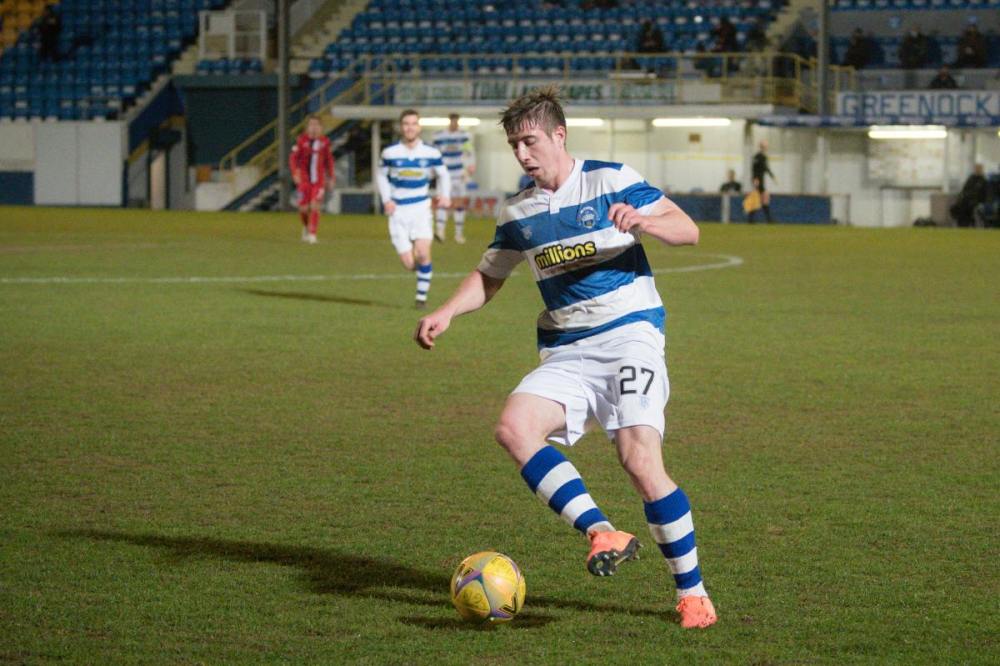 Dunfermline appear to have recruited well this summer and will be confident of challenging for the Championship title. The Fife side have enlisted a few players of note from last season’s Championship – Craig Wighton joins permanently after his loan from Hearts last season, Nikolay Todorov joins from Inverness, Dan Pybus joins from Queen of the South. They join Rangers academy graduates Kai Kennedy and Rhys Breen, Reece Cole formerly of QPR, Ross Graham on loan from Dundee United and former Scotland international Graham Dorrans in manager Peter Grant’s new look Dunfermline side.

I spoke to Dunfermline fan Dennis Hamilton, who spoke optimistically about his side’s chances this season – “I'm really looking forward to this season, I think the recruitment in the close season has been great. Todorov and Wighton up front should be a great partnership with Kevin O'Hara still a threat as well. The signing of Graham Dorrans on a two-year deal seems a real statement of intent and Kai Kennedy on loan should be a good bit of business. From what we've seen so far in the league cup, it looks like we'll be going for goals, and I like the way that Peter Grant has us playing, although as he has said himself, we seem to be conceding from our own possession, but I'm sure he'll be working on that on the training ground.

At first, I was sceptical about Peter Grant's appointment, I wasn't sure that he was the right man to take us forward but thought that if the board trusted him then we needed to give him our support. From what I've seen so far, my scepticism was misplaced.

Looking to the season ahead, it's an exciting time to be a Pars fan, with the new German investors having a controlling stake and looking to invest in youth and training facilities. I think we should be challenging for the title, with Hearts in the league last season, the best anyone else could really have hoped for was second, but this season should be a lot more open, Raith and Kilmarnock should be up there, and Caley as well.

Hopefully we can get off to a good start against you guys in the league tomorrow, but wish you all the best for the season ahead.” 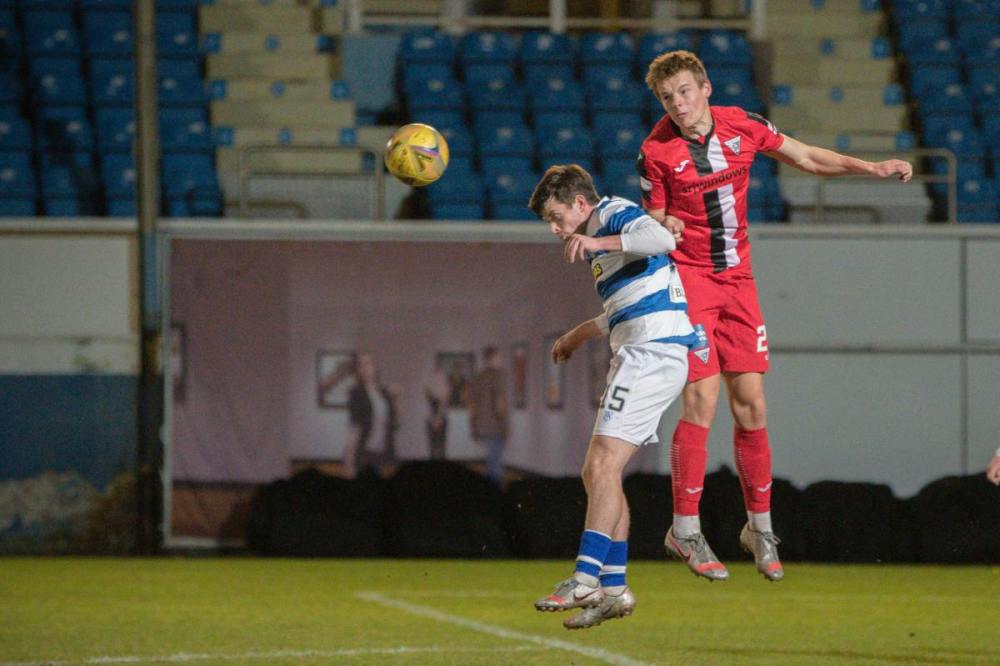 All match odds are provided by McBookie. All odds correct as of 6am on 29th July 2021 and are subject to change. Please only bet within your means and visit BeGambleAware if you are struggling.

The Ton head into this match as lengthy underdogs, priced at 19/10 to win the match. Morton to win and BTTS prices at 9/2, along with 4/1 for the home side to win to nil. If you fancy Morton to record a comfortable victory over The Pars, Morton on a one goal handicap prices at 11/2.

Dunfermline head into this game as favourites, priced at 11/8 to leave Greenock with all three points. The Pars to win and BTTS to score prices at 15/4 and the away side are 31/10 to win without reply. Dunfermline to win with a one goal handicap prices at 15/4.