It’s the last chance saloon for Morton. The Cappielow side must best Airdrieonians over a minimum of 180 minutes as both sides battle it out to secure the last available Championship berth next season. The League One side will host their Championship counterparts on Tuesday night at The Excelsior Stadium, with Cappielow playing host to the second leg on Friday night in front of the BBC Scotland cameras. These matches will also be welcoming limited numbers of supporters back into their home stadia as Scottish football takes a massive step towards normality.

Morton were dealt a massive blow in the build up to this game with reporter Chris Dodds breaking the news that Aidan McAdams, the club’s only fit senior goalkeeper, would miss out due to injury. A rushed emergency loan was confirmed hours later with Scott Fox joining the club. After relying on extra time and a wonder-strike from Craig McGuffie to see off Montrose, Gus MacPherson will hope his side can repeat the feat and ensure that Morton’s last two matches under the Rae administration ensure Championship survival. 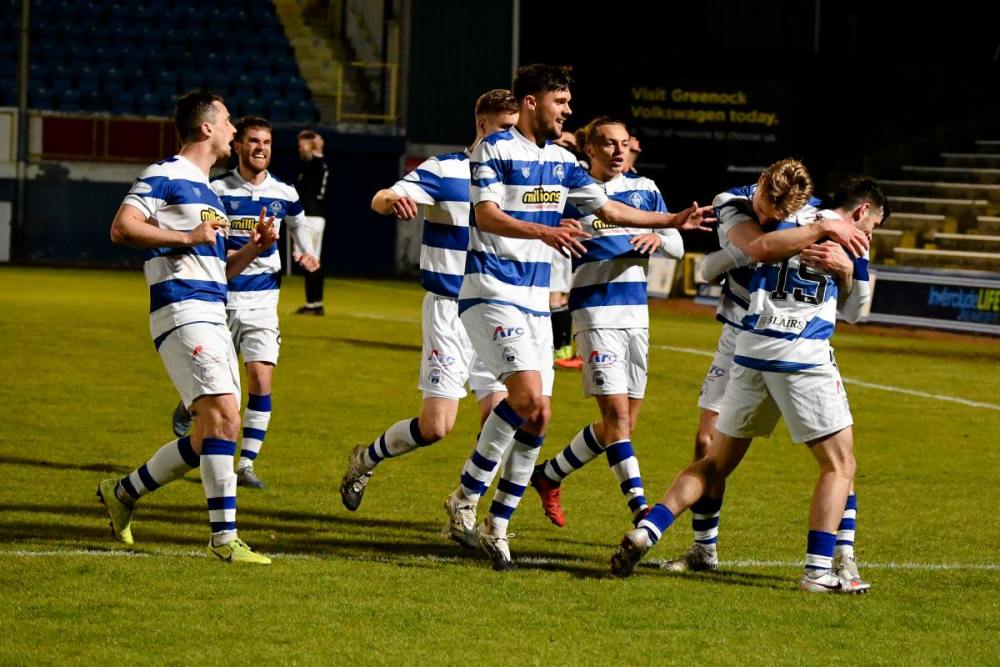 Centre back Sean Crighton is the sole connection between the two sides at present. The Greenock born defender joined Morton as part of Jim Duffy’s rebuild in 2014, attempting to return to the Championship at the first time of asking. Crighton made thirty seven appearances in all competitions that season, thirty of which were in the league.

Despite being a mainstay in the title winning side, Jim Duffy decided to release the centre back at the end of the season, where he subsequently joined Airdrieonians for another season in the third tier. After spells with Livingston in League One and Brechin in their infamous Championship campaign, thirty one year old Crighton re-joined Airdrieonians in 2018.

The two sides have not squared off since The Ton shared a division with the then Airdrie United in League One. The two sides claimed two wins a piece in the league and were drawn together in the Third Round of that season’s Scottish Cup. After a 0-0 draw at Cappielow, Morton won 2-0 at the Excelsior Stadium thanks to an Andy Barrowman double. Morton would go on to lose 2-1 to non-league Spartans in what was arguably Jim Duffy’s worst single result in the Cappielow dugout. 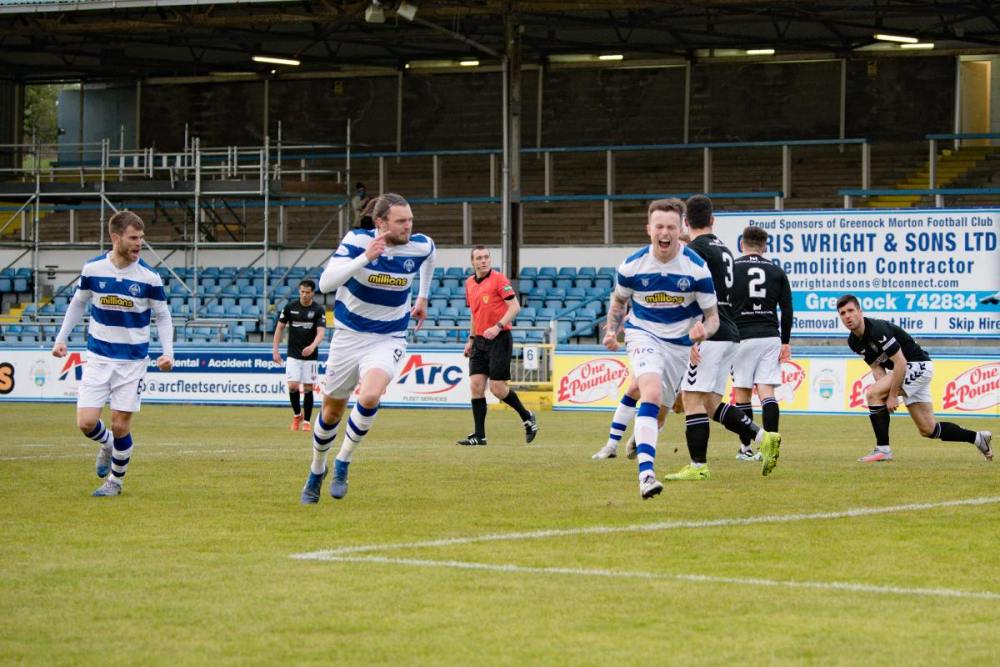 Airdrieonians were the second highest goalscorers in the third tier this season. The Diamonds found the net thirty-five times (1.59 per game) this term from an average of 10.64 shots attempted per 90 minutes played. With an average of 1.09 goals conceded per match, Airdrie boast the third best defensive record in the division, bested only by defeated semi finalists Cove Rangers and champions Partick Thistle. The Lanarkshire side have also been the ‘cleanest’ in the third tier this term, finishing the season with the least fouls conceded, committing 217 fouls this term (9.86 per match).

I spoke to author of 'Gloryhunting - Scottish Football made funny!’ and Only the Lonely podcast panellist Alan Porteous (@AlanPorteous) ahead of the playoff match. He spoke about Airdrie’s season so far and how the Diamonds rode their luck to claim a place in the playoff final – “Ask Airdrie supporters back in the final days of March 2021 if reaching the playoffs looked in any way likely, and only the most ardent and optimistic would’ve claimed - honestly - it was still on the cards.

Early doors, two competitive defeats at the hands of Edinburgh City, a whimpering loss to East Fife and a string of lacklustre performances suggested all was not well under the bonnet of the Airdrieonians machine, bought and paid for with the sole intention of propelling the club to the illusive heights of the ‘Championship’ above. Promising striker Kyle Connell had been drafted on loan from Killie to wipe away the frustrations of losing on form Ally Roy to injury, intriguing new signings Thomas Robert and Griffin Sabatini had shown momentary signs of class, but the team lacked balance, the midfield was prone to disappearing like an old music-hall illusion, and if manager Iain Murray knew his best starting eleven, then the chopping and changing of formation and personnel could only be explained away as a cunning plan to fox opponents and the Diamonds faithful alike.

A gritty, backs to the wall ‘steal’ at Falkirk Stadium, an assured second half revival against a decidedly competent Cove Rangers outfit, and a clinical, wind-assisted win at Broadwood overcoming a labouring Clyde would serve as high points of the pre-Christmas exchanges. Inconsistency, however, would continue to plague the Diamonds, with intermittent spells of promising form rarely stretching to fill a full ninety minutes of play.

Then came the enforced league lockdown and with it, the arrival of Kyle Turner and Paul Paton. Ex Pars together again and their dual-inclusion, it was hoped, would bring much needed quality to plug the ever-widening hole in midfield and service the often isolated forward line. With expectations high, debutant Turner was red-carded within four minutes of the league restart and with Paton himself suffering injury, the duo would fail to appear side-by-side in the same team until late April. Meanwhile, showing old frailties, the Diamonds slumped to three defeats in a row at the hands of Peterhead, a rejuvenated Patrick Thistle, and the ever-threatening Cove Rangers.

With promotion hopes dimming, Ally Roy’s 79th minute winner away to beleaguered Dumbarton felt nothing more than consolation, however an April Fools Day ember flickered and it would mark the beginnings of a nine game stretch that would see the Diamonds scoop 22 points from a possible 27 - in a League punctuated by inconsistency and fluctuating fortunes, a more than adequate haul to secure a playoff berth. Goals at key moments by a predatory Calum Gallagher together with the imposing Turner and Paton were obvious catalysts to the Airdrie revival, but the overall team resolve and a depth of squad able to handle the onerous fixture schedule would contribute heavily to the Diamonds reaching the play off semi-finals and their stoic dispatching of Cove Rangers.

Were they the ‘better team’ over those two finely-balanced ties? - probably not. Did Lady Luck shine on the cuts and edges of the Diamonds on display at many stages of the run in? - most definitely. But do these things count for anything as Airdrieonians - the team who have resided in the damp recesses of League 1 the longest out of any other club in Scotland - gird themselves for two more battles of nerve, strength belief? They count not a jot. And if Greenock Morton become the next team to hit the woodwork rather than score, or fail to win that vital ‘second ball’ in their own penalty box, or defend a set-piece badly, or take their eye of that long, long throw.... then Airdrie will be there, grabbing at their chance, and it’ll be the Diamonds taking their place in next year’s COVID-free, fan-full Championship, and no one (outside the Tail O’ The Bank at least) will begrudge them, because it’s been a long time coming and, as they say, the scoreboard doesn’t lie.” 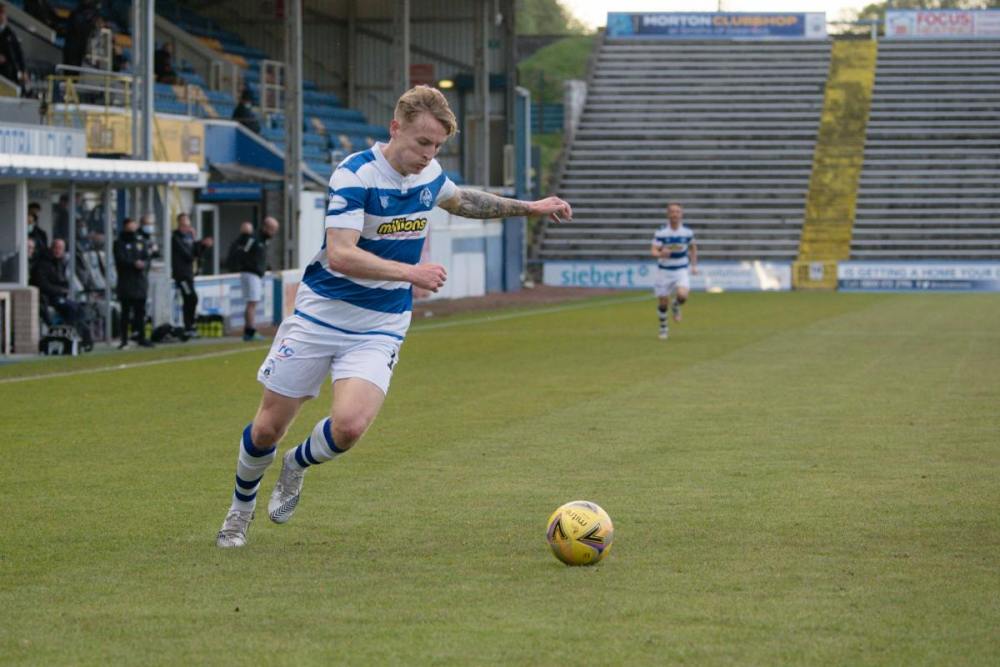 All match odds are provided by McBookie. All odds correct as of 11pm on 6th May 2021 and are subject to change. Please only bet within your means and visit BeGambleAware if you are struggling.

Airdrieonians head into the first act of this tie as slight underdogs – you can back them to win the first leg at 7/4. The Diamonds to win and BTTS prices at 17/4, as well as 15/4 to win and keep a clean sheet. If you fancy Airdrie to head down to Cappielow with a comfortable lead, you can back them on a -1 handicap at 5/1.

The draw prices at 23/10 and a 0-0 stalemate is 9/1. Morton are 8/5 to best Airdrie in Lanarkshire, 15/4 to win with BTTS and 7/2 to win without reply from their League One counterparts. If you fancy the Championship side to head back down the M8 with a comfortable lead, you can back them on a -1 handicap at 17/4. 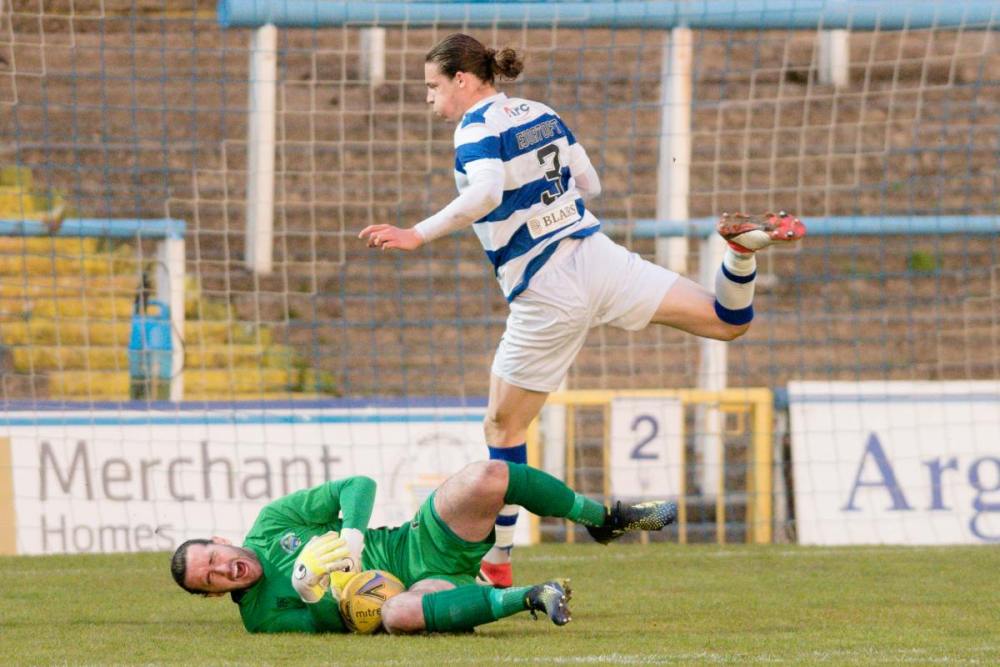