Morton square off against familiar foes Queen of the South on Saturday, looking to build on their two impressive Championship results thus far. An opening day draw against Dunfermline followed by a remarkable away win to Hamilton leaves The Ton sitting four points ahead of the visitors, who have yet to claim their first league points of the season. With manager Gus MacPherson stating that his squad were four quality players away from being the finished article, young striker Jimmy Knowles joining the ranks ahead of this clash. The Sinclair Street side will hope he can gel quickly with attackers Gary Oliver and popular new arrival Gozie Ugwu. 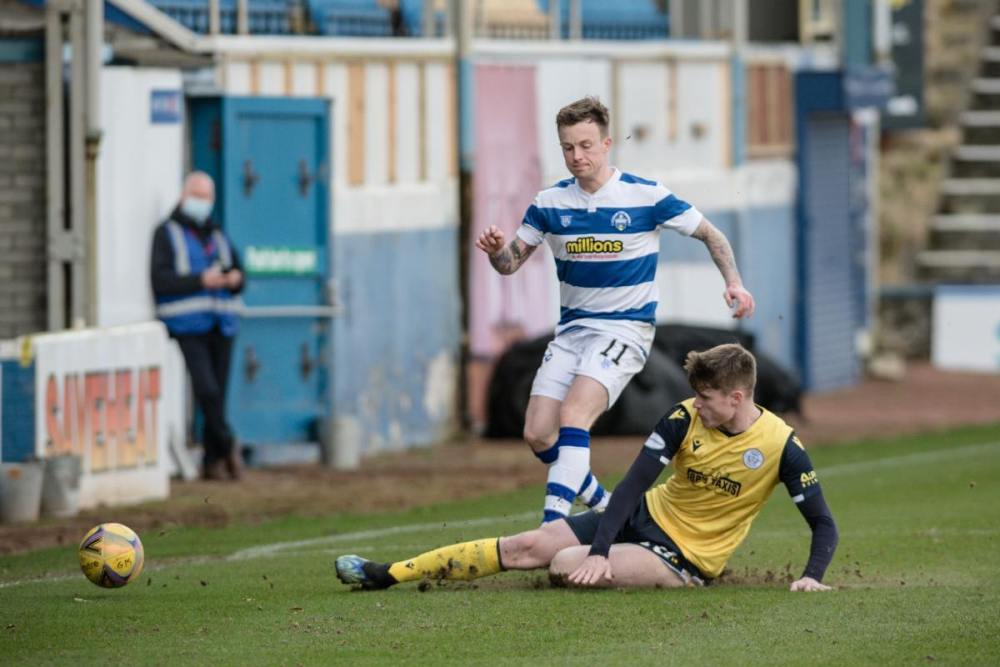 Nobody in the current Queens ranks has played their football in Greenock, however Queens manager Allan Johnson played under Gus MacPherson for a season during his tenure as St Mirren boss. Morton’s managerial team, Gus MacPherson and Andy Millen, spent a season in the Dumfries dugout in 2011/12. Their squad featured familiar faces such as Lee Robinson, Alan Reid, Ryan McGuffie, Craig Reid and Scott McLaughlin. They finished bottom of the table and were relegated to the Second Division, with MacPherson and Millen being sacked at the end of the campaign with a win ratio of only 23.81%.

Players moving between the two clubs has been very common in recent years. Gary Oliver has alternated between Dumfries and Greenock from 2015 to the present day, having two spells with both clubs. Kyle Jacobs had a four-season stint at Queens between 2015-2019. Michael Ledger joined Morton in the summer following his release from the Doonhamers. Joe McKee spent three seasons in Greenock between 2013-16 before securing a move to League Two Carlisle United.

The Dumfries side were the first visitors welcomed to Cappielow in the 2020/21 season in their Group G clash in last season’s League cup. The home side went ahead twice in the match through Sean McGinty and Aidan Nesbitt, with two equalisers forcing the game to a penalty shootout. Former Morton defender Gregor Buchanan netted the decisive spot kick to award the away side a bonus point.

Two of the three league goals Kalvin Orsi scored last season gave Morton a 2-0 win in the second meeting of the sides at Cappielow. The Ton then travelled down to Dumfries in January last year, with two early goals giving the home side a comfortable half time lead. Despite Orsi halving the deficit after the interval, the Doomhamers held on for victory. Goals from Aidan Nesbitt and Gary Oliver gave Morton maximum points in their final league clash of the season at Cappielow in March. 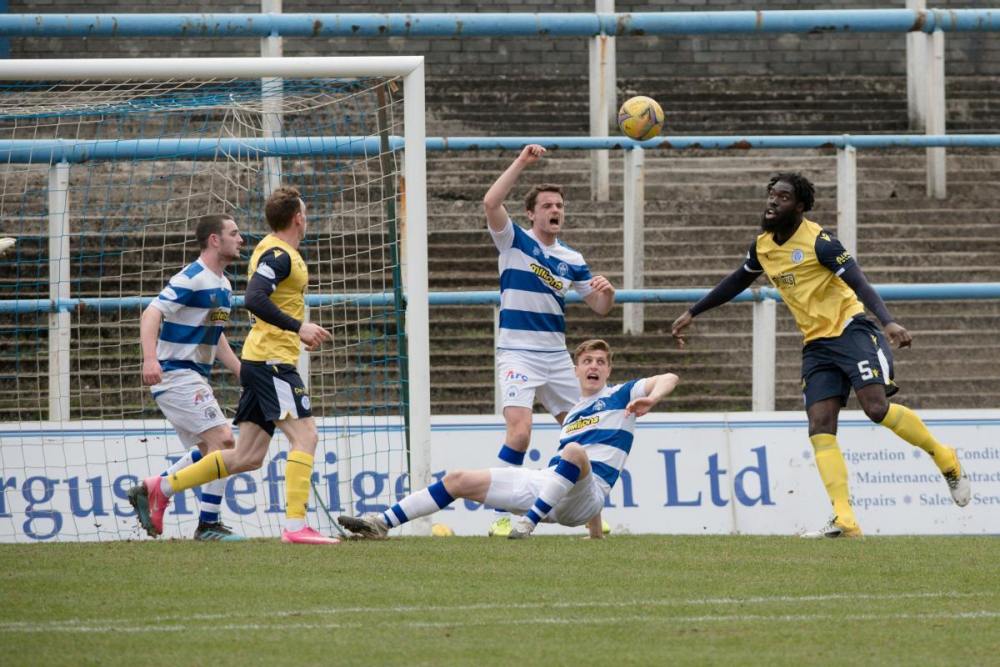 Ahead of their trip to Cappielow, Allan Johnson’s men were toppled 3-2 by Partick Thistle in an opening day thriller at Firhill. Two former Morton forwards combined for the win, with a Brian Graham double allowing new signing Scott Tiffoney to bag a late winner for the home side. Championship new-boys Kilmarnock then travelled along the A76, with an injury time goal from former Morton loanee Jason Naismith giving Tommy Wright’s side their second league win on the bounce.

I spoke to journalist and QOTS TV commentator Finlay Jack (@Finlay_Jack5), who has been impressed with his side’s performances so far this term - “In the opening six games between league and cup, I think it’s fair to say we’ve only really been outplayed for 45 minutes (the second half against Motherwell). We dominated Queens Park, only to lose 1-0. Similarly with Partick Thistle, we were the better side but some poor defending cost us.

Even against Kilmarnock we more than matched them, despite having 3 or 4 players missing, with an already threadbare squad. No one could complain if we had six points in the league, nonetheless we’re on zero courtesy of two late goals. I’m all honesty, I tipped Morton to really struggle this season, so I’ve been surprised with their start. Gus MacPherson led Queens to our only relegation in well over 20 years in 2011/12, so needless to say I think the fans would enjoy getting one over him!

The way that we’re playing it’s only a matter of time before we turn performances into points. Ally Roy has started well, as has Ruari Paton. Wullie Gibson has continued his fine form from last season. Keep an eye on Lee Connelly though. He missed the Killie game, but should he be back for Saturday then trust when I say he’ll be a difference maker. I’m generally overly optimistic when it comes to Queens, but I’m confident we’ll get a result here. 3-1 South.” 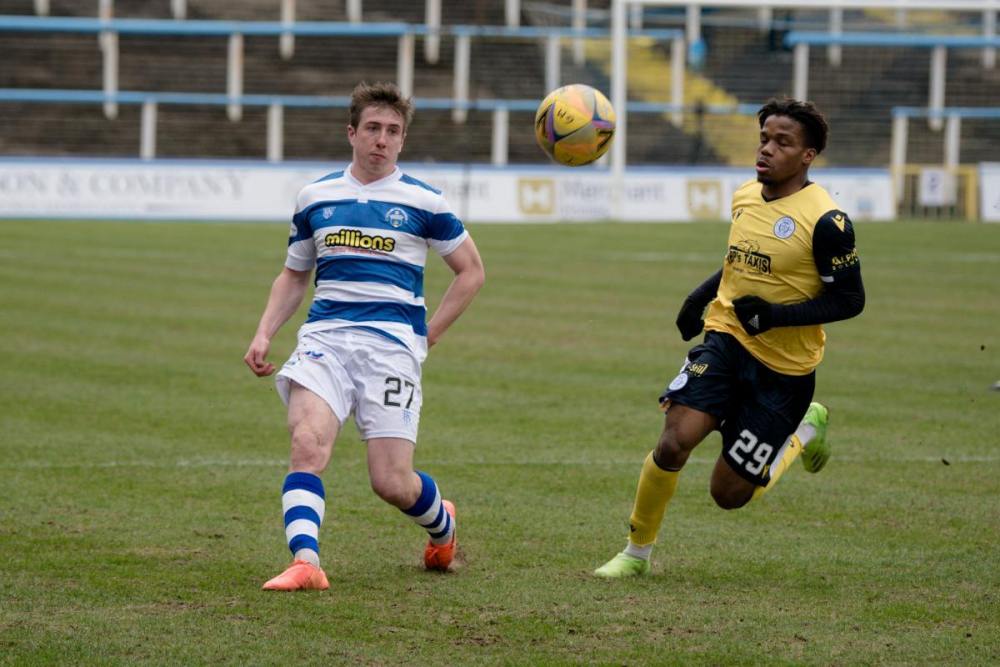 All match odds are provided by McBookie. All odds correct as of 6am on 18th August 2021 and are subject to change. Please only bet within your means and visit BeGambleAware if you are struggling.

The bookies make Morton slight favourites heading into Saturday’s clash, with The Ton priced at 7/5 to win. Morton to win and BTTS prices at 7/2 with The Ton marked at 10/3 to win without reply. If you fancy a comfortable home win you can back a -1 Morton handicap at 15/4.