Morton head into Saturday’s match against Arbroath looking to continue the momentum generated by a positive second half performance against Inverness on Wednesday evening. The Ton trailed 2-1 at half time, also having Rabin Omar dismissed for two bookable offences inside the first half hour of the match. Anton McElhone’s side rallied in the second half, exemplified by intelligent striker play from Gary Oliver. He received the ball with his back to goal, skinned Inverness right back Wallace Duffy and delivered an excellent cross for the advancing Cammy Blues. His perfectly timed run and composed first-time finish earned a point for the home side.

While the Greenock men have every right to be pleased with their endeavours in the second act, there is some cause for concern. A solid rear guard has been the hallmark of this Morton side so far this term, both under the tutelage of David Hopkin and interim manager Anton McElhone. However, Queen of the South and Inverness have exposed defensive frailties in this Morton side in their last two outings, and The Ton will be hoping to get back to their best against the league’s basement side and lowest scorers Arbroath.

A win on Saturday would provide adequate breathing space between The Ton and the Championship relegation zone. Morton are currently ten points clear of bottom side Arbroath and nine points clear of nineth place Alloa, however having only four points to show from their last five matches, Morton will be hoping that a home win will allow them to continue looking towards the upper echelons of the league table, rather than looking over their shoulder. 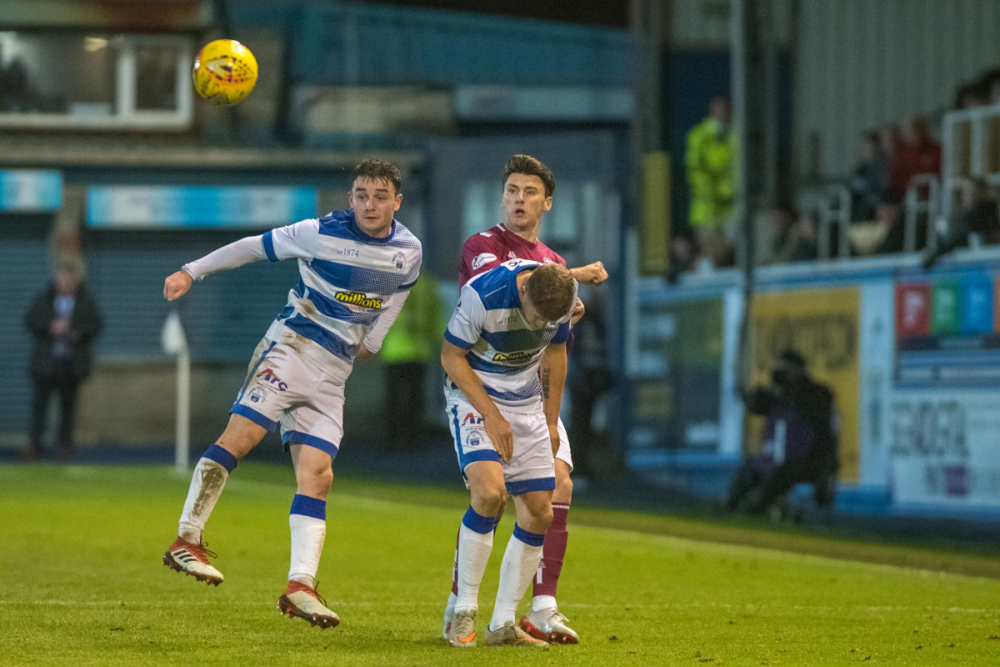 The current Morton squad are without any links to our Angus counterparts. Arbroath goalkeeper Derek Gaston spent seven seasons in Greenock, making 219 appearances and playing a key part in the League One title win in 2015. Bobby Linn was signed by Jim McInally in January 2008, for a reported fee of £15,000, in an attempt to seal the Second Division title. He left in January 2009 to sign permanently with East Fife following a loan spell. Luke Donnelly joined The Ton on loan from Celtic in February 2017, playing seven games without a goal. Kris Doolan signed for Morton in February 2020, making one appearance before the season was ended prematurely due to the ongoing pandemic.

Arbroath ascended to the second tier for the first time since the 2002-03 season, clinching the League One title in 2018 at the expense of Raith Rovers. Since their return to the Championship, Morton have squared off against The Red Lichties on five occasions, fixtures which have not been littered with goals. Only one of these five meetings has featured more than two goals.

The last meeting of the sides was an uninspiring 0-0 draw at Gayfield in November. David Hopkin’s 5-4-1 nullified Arbroath’s attacking threat but The Ton offered very little going forward, with former Morton loanee Ross MacIver remaining isolated throughout the lacklustre affair. Morton’s last victory in this fixture came at Gayfield in January 2020, with early goals from John Sutton and Luca Colville securing a 2-1 victory for the Greenock side. The clash between the two sides at Cappielow in March 2020 was also the last before the COVID enforced shutdown, with a 93rd minute equaliser from Sean McGinty rescuing a point. 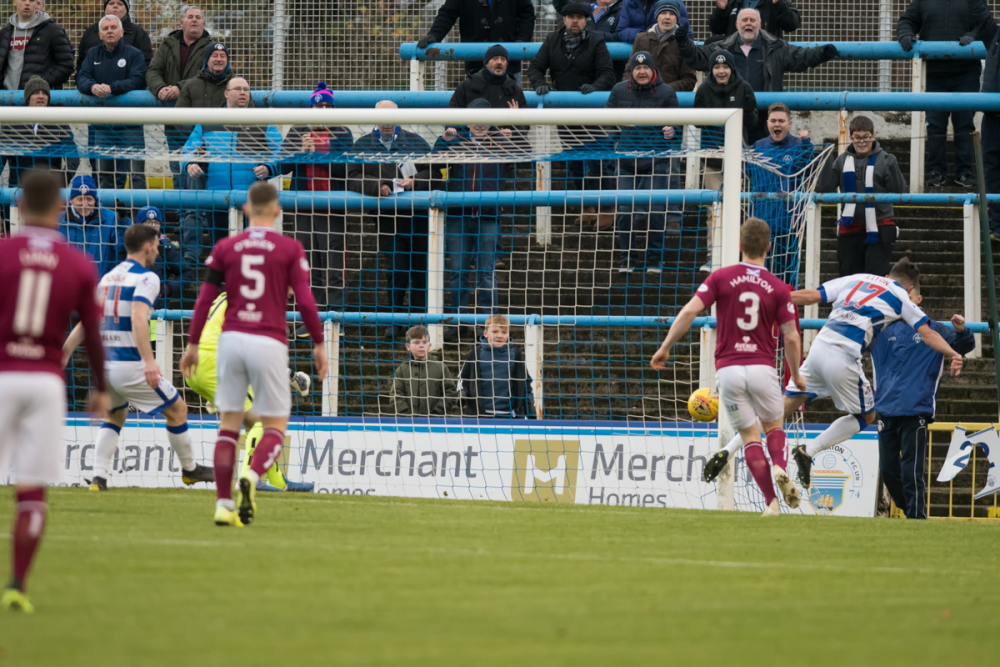 It’s safe to say that Arbroath are struggling to replicate the success of last season, after defying the odds and pre-season predictions to finish in an impressive fifth place. Despite retaining the spine of the squad, results have not gone their way so far this term and they find themselves bottom of the table with seven points from their first twelve matches of the campaign.

Averaging 8.25 attempted shots and only 3.1 shots on target per match, The Gayfield side are struggling for both supply and firepower, with only eight goals to their name this term. They have retained the combative and disruptive style implemented by manager Dick Campbell, ranking second in the league for fouls committed (13.4 per match) and bookings (1.75 per match).

I spoke to Arbroath TV commentator Ewan Smith (@EwanSmithPR) ahead of the game, he fancies the away side to take something from Saturday’s match - “Anyone looking at the table, seeing Arbroath bottom and thinking they’ll get a nice easy game against a ‘struggling’ part-time team is in for a big shock. Granted they’ve not hit the heights that took them to fifth last season but the signs have been there for weeks that Arbroath are starting to rediscover their form. Their performance levels - first half against Hearts at Tynecastle aside - have been very good, the only thing missing has been goals.

They desperately need a player like Craig Wighton in their frontline, someone who can get them a goal out of nothing. They’ve got one of the best defences in the league and Derek Gaston is a big part of that. He was popular at Morton and has made some important saves for Arbroath. Tam O’Brien and Ricky Little have been immense for the last few seasons and Colin Hamilton and Jason Thomson are very capable and experienced wing-backs.

Ben Williamson already looks a real find in midfield since joining on loan from Rangers. He was outstanding against Charlie Adam in the draw with Dundee last week. Morton looked timid when they were at Gayfield, and seemed content with a point. At the time I thought Morton would be right down there with Arbroath in the relegation battle. But while Morton have kicked on a bit since then, I still think this will be very close and it wouldn’t surprise me if Arbroath nicked a 1-0 win.” 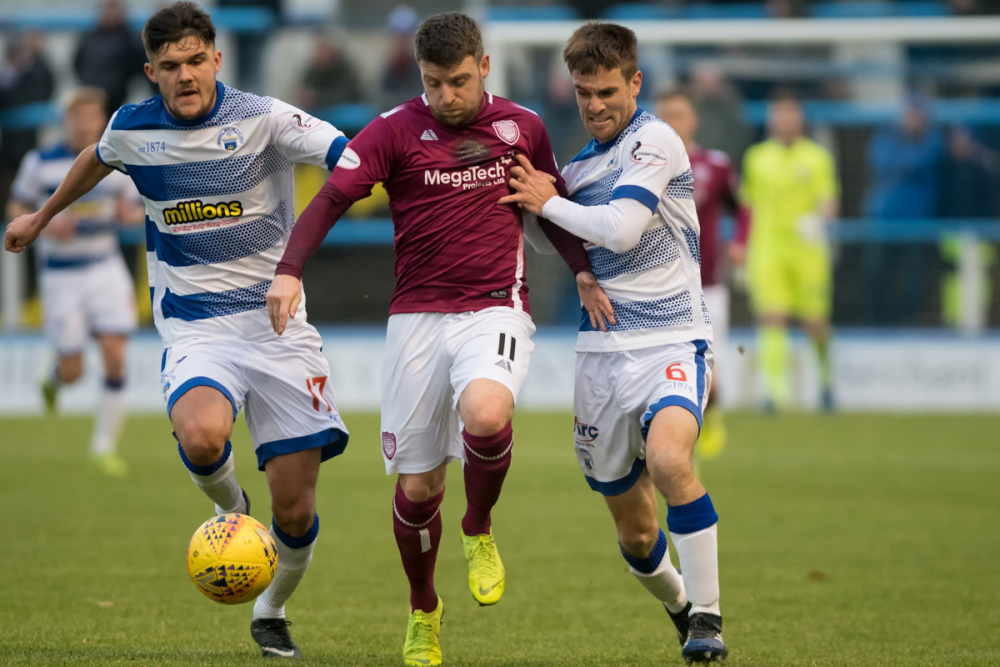 Given this fixture’s historic lack of goals, goal markets could prove a prudent investment. Under 1.5 match goals prices at 12/5. The score to be 0-0 at half time prices at 19/10. If you fancy Morton to keep a clean sheet against low-scoring Arbroath this can be backed at an impressive 9/5.

Click here for all the latest match build up, live updates and reaction in our Match Thread!