With the reduced Championship season reaching the half way point, Morton sit mid-table in sixth place. The Greenock side find themselves six points ahead of the relegation play-off spot and three points adrift of the final promotion play-off place. While this may sound like the comfortable, mid-table position that Morton fans called for heading into this season, The Ton have not won in six matches and find themselves focusing more on the bottom of the table than casting their eyes upwards. A win on Saturday will allow the Cowshed faithful to do more of the latter.

With limited attacking prowess being The Ton’s most noticeable ‘Achilles heel’ so far this term, Anton McElhone looked to bolster his goalscoring options on transfer deadline day. Tottenham Hotspur’s Kazaiah Sterling joined the club on loan until the end of the season. He has cited interim manager Anton McElhone, who spent a decade with Spurs as a fitness coach within their academy, as one of the main reasons behind his loan switch. With only 28 senior appearances, one of which being a substitute appearance as Spurs beat Apoel Nicosia 3-0 in the Champions League, and three goals to his name, The Ton will be hoping he adjusts to life in the Championship and hits the ground running. 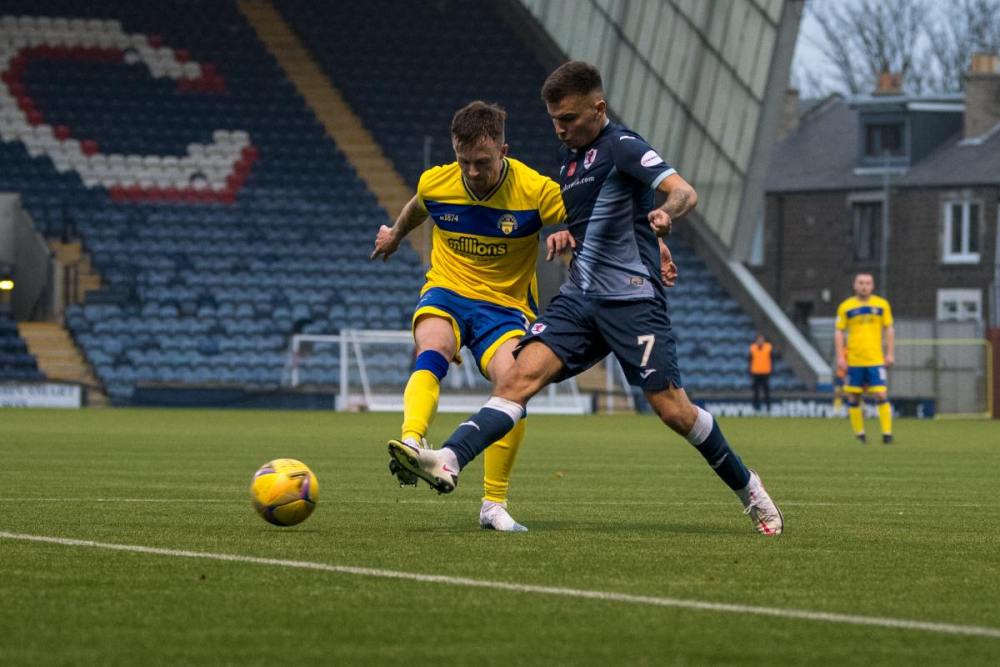 Craig McGuffie spent the second half of the 2018-19 season on loan at Starks Park from parent club Ayr United. McGuffie made fifteen appearances in this spell, scoring three goals.

David McGurn is the most obvious link between The Ton and our Fife counterparts. He joined Morton in 2002 as a youth from Hillwood Boys Club. After being promoted to the first team, he spent the entirety of 2003-04 deputising to Craig Coyle, who ironically also played for Raith Rovers. After one hundred appearances over four seasons in the first team, he left to join then part-time Raith Rovers to enhance his career prospects out with football. After seven seasons between the sticks, he had spells with Stranraer and Cowdenbeath before returning to Kirkcaldy in 2019 as a player/goalkeeping coach.

The sides have only met once in the last three seasons, with Raith securing an emphatic 5-0 win at Starks Park earlier in the season. Raith went ahead through a Daniel Armstrong penalty, with Daniel Musonda doubling their advantage shortly afterwards. Morton captain Jim McAlister was then sent off for a rash challenge on goalscorer Daniel Armstrong. A second half double from Ross Matthews and a late Fernandy Mendy goal compiled the misery of the Greenock men. 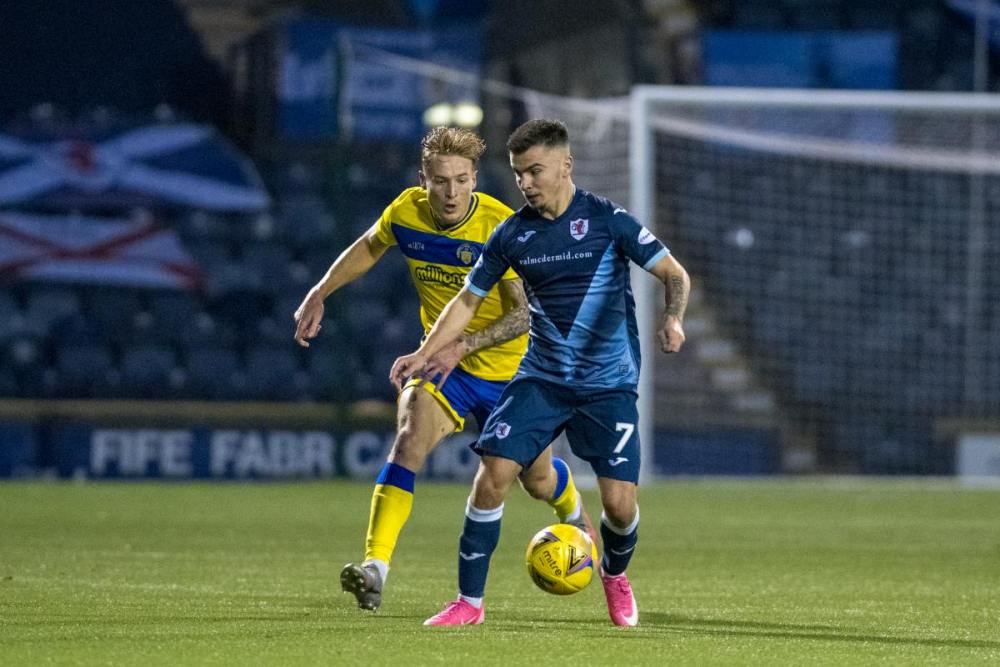 Raith have scored the second highest number of goals in the Championship thus far (28), despite taking the second fewest number of shots (105), highlighting an impressive shot conversion rate of 26.67%. With their top goalscorer, Daniel Armstrong, only having four goals to his name so far this term, it shows that the Kirkaldy side have goals spread throughout their side. Sitting joint top of the bookings table (25), it also shows that this Raith side impose themselves upon the game.

Raith’s last five games have proven that while they have a very capable side, they are not the finished article yet. They bounced back from a 2-0 home defeat to Queen of the South with an impressive 3-2 win at Tynecastle. This was avenged by the capital side three days later with a 4-0 defeat at Starks Park. They then toppled free-spending Dundee 3-1 but were comprehensively beaten 4-1 midweek by rivals Dunfermline.

I spoke to Raith supporter Andy Simpson (@Andy271194 on Twitter), who was optimistic of his side’s chances at Cappielow – “After a heavy defeat on Wednesday night, Rovers fans will be looking for a big reaction and a performance on Saturday against Morton. Our recent run of results have been inconsistent, with our last six form line showing as W-L-W-L-W-L. Our season so far though has been very promising and we have enjoyed watching a very free flowing attacking style of football with only Hearts having scored more league goals so far this season.

One thing that can be guaranteed when watching the Rovers this season is goals. Defensively, we can be accused of being suspect with just three clean sheets in 13 league games. This is part down to the formation and the attacking intent shown in games which can leave us vulnerable defensively.

Despite recently losing loanees Ethan Ross and Lars Lokotsch, the Rovers have recruited particularly well in the January window and have strengthened the squad for the remainder of the season. Adam King comes in from Dundee Utd and gives us an additional option in midfield, and the forward line has been bolstered by the additions of Kai Kennedy, Timmy Abraham and Jamie Gullan who returns for a third spell at the club.

Our previous game with Morton, which ended in a 5-0 victory for the Rovers, suggested to me that Morton would be in real danger of the drop this season however this appears to have been a false reflection of this Morton side. Having climbed the league table since and into playoff contention, I expect a very difficult match which could go either way. I do expect both teams to find the net and this could be settled by the odd goal. I will predict a 3-2 win for the Rovers.” 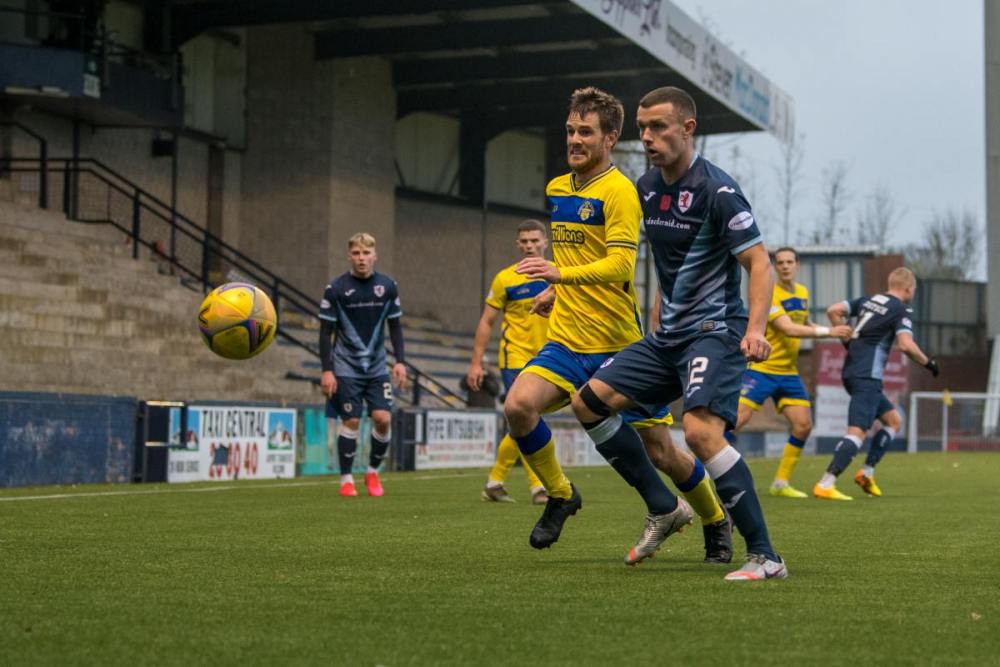 All match odds are provided by our sponsors – McBookie. All odds correct as of 3pm on 4th Feb 2021 and are subect to change. Please only bet within your means and visit BeGambleAware if you are struggling.

Morton price up as outsider heading into this match. If you fancy The Ton to defy the odds and claim all three points, you can back them to win at 19/10, win with BTTS at 15/4 or win to nil at 5/1. If you fancy Morton to win and the match to have over 2.5 goals, this prices up at 16/5.

Our recommended bet for this match, using McBookie’s BetBuilder feature – A £10 stake on Cammy Salkeld and Kyle Benedictus to be booked, the first half to feature over 1.5 goals and the second half result to be a draw returns £380.