Morton travel to the Highlands on Saturday with the explicit aim of getting their season back on track. The mood around Cappielow is currently less than rosy after seven matches without a win. The squad appears bereft of midfield presence following the shock retirement of skipper Jim McAlister and are looking towards new loan signing Kazaiah Sterling to improve their goal haul. With a trip to the Highlands, followed by a trip to Tynecastle, followed by a home match against a rejuvenated Dundee side, February could be an uphill battle for the Greenock men. There is not a great deal of optimism around the Tail of the Bank at the moment and talk of a relegation has been unavoidable. 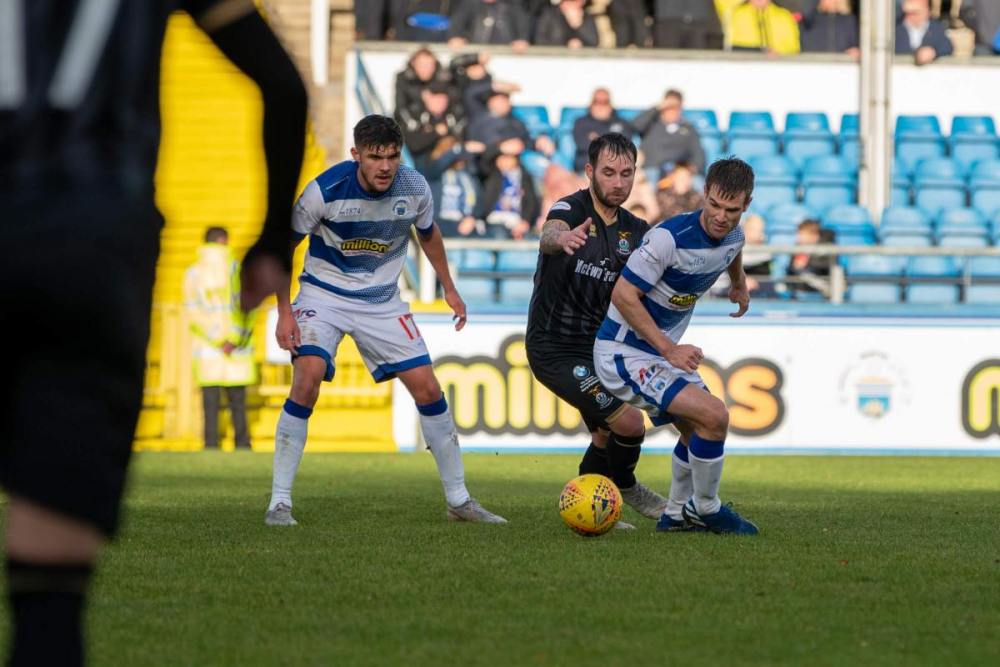 Nobody in the current Morton squad has ever plied their trade in Inverness. Inverness do have someone in their ranks with somewhat of a link to Cappielow. Right sided defender Wallace Duffy joined Morton on loan from parent club St Johnstone in September last year, only for the loan to be terminated a few days later due to ‘non footballing reasons’. He was subsequently released from the Perth side and signed for Inverness on a two-year deal.

The sides less than a month ago, on 27th January, with Morton battling back from 2-1 down to claim a point despite being reduced to ten men midway through the first period. A well-executed Sean McGinty half volley gave The Ton an early 1-0 lead, only to be pegged back a minute later by Shane Sutherland. Daniel MacKay then rounded off an incisive counter-attack to give the visitors a 2-1 lead. Things went from bad to worse for The Ton as Rabin Omar was given a second booking in the 28th minute. Morton rallied in the second half, taking full advantage of the away side’s lack of match fitness. Cameron Blue’s lung-bursting run from midfield met a Gary Oliver cross, with Blues slotting the ball past Mark Ridgers to snatch a point. 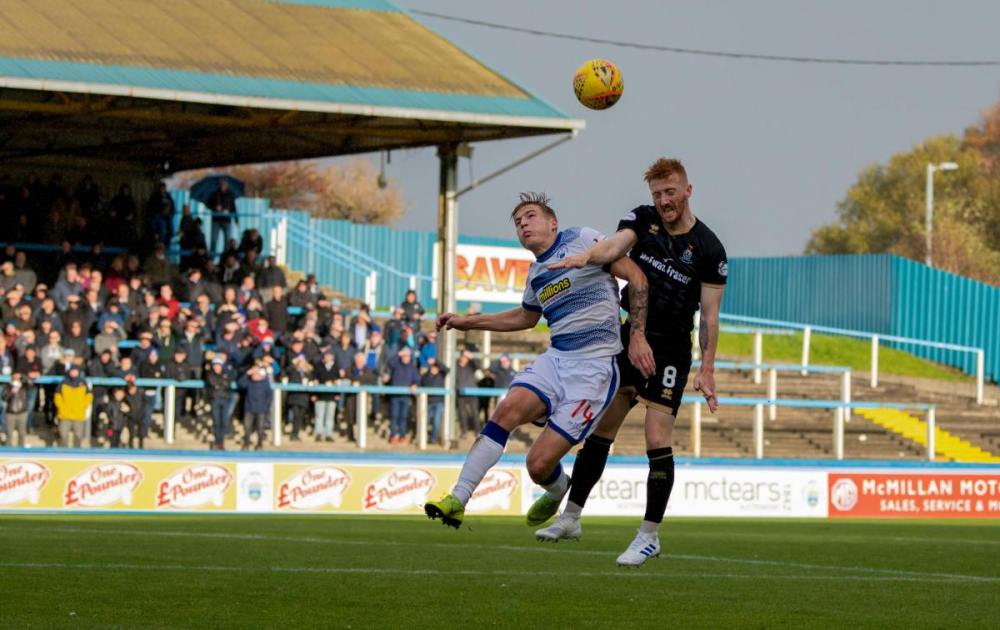 Inverness find themselves in a rather unique position, owing to this unique season and the challenges caused as a result. They are faced with squeezing sixteen league matches into eleven weeks to conclude this curtailed Championship season. Despite some high-profile departures during the summer, Inverness have a solid spine with players such as Mark Ridgers, Brad McKay, Danny Devine and James Keatings. They’ve also freshened their squad up with new recruits from their academy and young players such as Wallace Duffy and Scott Allardice.

With an average of 1.67 goals per match from 10.55 shots taken so far this term, it appears that Inverness are a side capable of both creating and taking their chances. With an average of 1.36 goals conceded per match, it points towards an onus on Morton’s attacking players to find the net if The Ton are to take anything away from the Highlands. Morton’s attacking players could look to exploit centre-back Brad McKay. The former Hearts player tops the Championship for yellow cards, with five cautions in ten appearances so far this season.

I spoke to Andrew Moffat (@AMoff7), host of The Wyness Shuffle Podcast (@TheICTPodcast) ahead of Saturday’s match and he gave his insight into Inverness’ stop-start season so far –

“Lockdown is not without its challenges, lack of human interaction, home schooling, daytime TV and  forgetting your mask when you make the weekly trip to the shops, but at least, thanks to the power of technology, you still get to watch your team every Saturday. Unless you’re a Caley Thistle fan, denied as we have been, of the basic human right to warm up scotch pies in your microwave before screaming at your telly for 90 minutes.

In the space of 45 days, mainly due to the adverse weather conditions, ICTFC have played just two games, our first game of 2021 being a 2-2 draw on Wed 27th January. Morton fans will remember this well, they being soundly outplayed for the first half, reduced to ten men in that same period then gaining the upper hand in a bizarre second half that saw Caley look firmly like a team that had never before played together, let alone for just a month.

At time of writing we are three points and four games behind Morton, and closer to the relegation spots rather than the play-offs. Something that would no doubt be troubling Morton and Inverness fans were it not for the abysmal form of Queen of the South and their hastily assembled band of crap footballers, and the abysmal luck of the admittedly decent-to-watch Alloa Athletic.

This is somewhat of a reset season for John Robertson and Inverness, having seen the spine of his side, assembled over the last three seasons, picked off by premiership clubs. The replacements brought in have, with the exception of 30-year old Shane Sutherland from Elgin, been young players trying to make their way in the game – RB Wallace Duffy from St Johnstone, CB Robbie Deas from Alloa, CM Scott Allardice (ex of Dundee United) and youth academy graduates Roddy McGregor, Dan Mackay and Cameron Harper. Common consensus seems to be that while on our day we are a match for anyone in the division, this might prove to be more of a bedding-in season for these boys.

This lack of game nous is none more so evident than in the latter stages of a number of matches this season, which has seen us drop numerous points from winning situations, the 2-2 with Morton a case in point.

Other than that, and our lack of a recognised goal-scorer, the main issue now is whether our wafer thin squad, which has already been decimated by injuries at the start of the campaign, can cope with the huge amount of games we’ll be faced to play between now and the play-off dates, as we catch-up with our backlog of matches.

The last time we actually won a game of football was the 4th December, a 3-0 victory against Queens. This match summed up the squad at the time, with young players full of promise, playing exciting attacking football. Since then star-man Kai Kennedy has left for Raith Rovers and the performances of the last two games have been nowhere near this standard. We’re at our best when we’re moving the ball quickly and getting interchanges between our attacking players such as Keatings, Storey, Doran and McGregor. Given our lay-off, its currently taking time for them all to get back up to speed, but fingers crossed (for us, not you) this happens this weekend, should the game actually be on, which it probably won’t. But on the plus side you won’t have to listen to the ICT-TV ‘commentator’, a man who combines as much knowledge of football as David Tanner with the oral stylings of Alan Partridge.” 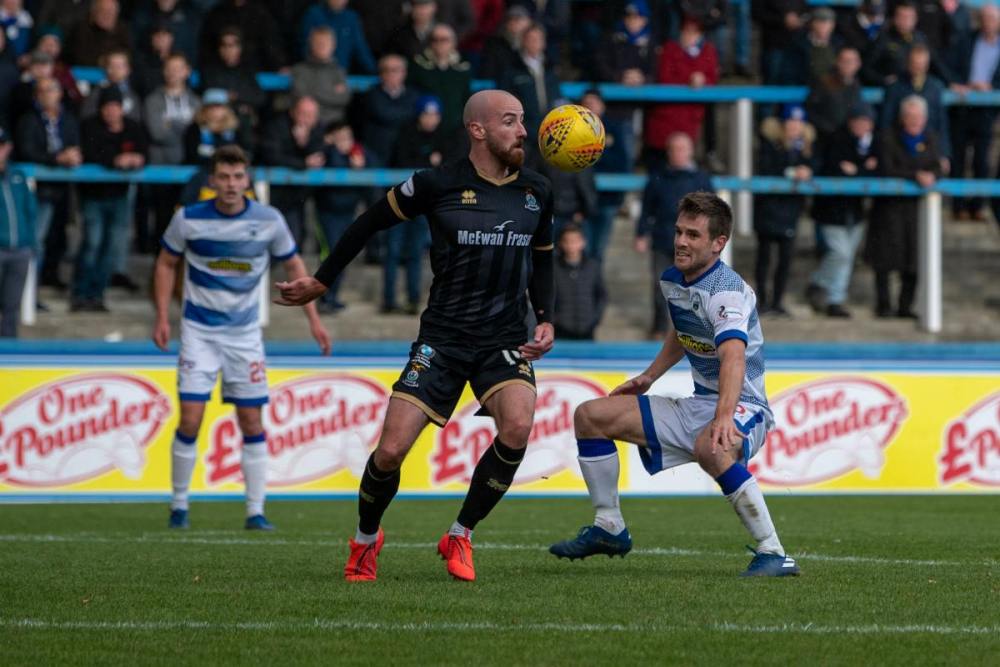 All match odds are provided by our sponsors – McBookie. All odds correct as of 2pm on 11th Feb 2021 and are subject to change. Please only bet within your means and visit BeGambleAware if you are struggling.

Inverness striker Shane Sutherland prices up at 9/2 to score first/last and 13/10 to win the net at any time. If you predict that Kazaiah Sterling’s debut goal will come against Inverness you can back him at 7/1 to score first/last and 2/1 to score at any time. If you fancy Sean McGinty to replicate his goal against Inverness, he is score anytime 14/1. Inverness defender Brad McKay is 5/4 to be booked at any time across the 90 minutes, with Morton midfield playmaker Aidan Nesbitt 7/2 to be shown a yellow card.

Brad McKay to be booked anytime

Michael Ledger to be booked anytime