Morton travel to the capital on Saturday for their visit competitive visit to Tynecastle in thirty-two years. The previous encounter, a Premier League match in 1988, saw Allan McGraw lead his Morton side to a 2-0 defeat. Morton’s last win at Tynecastle takes us all the way back to 1984, as The Ton ran out 2-1 winners on the day with goals from Dougie Robertson and Alex O’Hara. This Morton side featured club legends such as Jim Holmes and John McNeil, with Morton’s centre half that day - Jim Duffy – going on to manage at Cappielow.

Following last week’s trip up the A9 to face Inverness falling foul of the sub-zero temperatures, The Ton have had a fortnight’s preparation ahead of locking horns with the Championship leaders. As we approach the business end of this shortened season, the gap between Morton and the relegation zone is becoming increasingly uncomfortable for the Cowshed faithful. Anton McElhone’s men are now on a seven-game winless run and most observers would be forgiven for heading into this clash with a sense of pessimism. 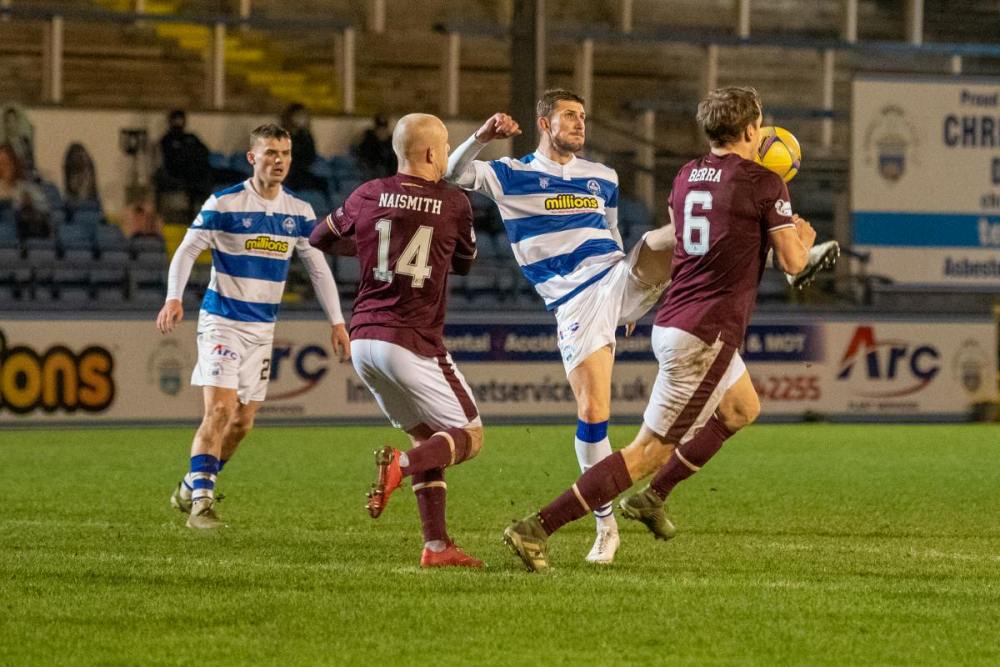 None of the current Hearts squad have ever featured for The Ton, however midfielder Andy Halliday may stick in the minds of the Cowshed faithful. Whilst representing his former club Rangers, Halliday was shown a second yellow card for gesturing towards the Cowshed in the wake of former Morton loanee Barrie McKay scoring his side’s second goal in a 2-0 win.

Robbie Muirhead signed for Hearts in June 2016. Muirhead made nineteen appearances and scored twice, both goals coming in a 2-0 victory over Rangers at Tynecastle. His time with the Gorgie side was short lived, signing for MK Dons for an undisclosed fee in January 2017 on a two-and-a-half-year deal. Both Robbie Muirhead and Aidan Nesbitt played under current Hearts Head Coach Robbie Neilson whilst playing for MK Dons in League One.

Gary Oliver graduated from Hearts’ youth academy and made his first team debut amidst the club’s administration and subsequent relegation from the top flight in 2013-14. Oliver's professional debut for Hearts was in a League Cup match against Raith Rovers on 27 August 2013, coming on as a substitute. The following season, he had a brief loan spell at Stenhousemuir before being released by the Edinburgh side to join Queen of the South.

December marked the first competitive meeting of the two sides in thirty-two years, with the Jam Tarts running out 2-0 winners in what turned out to be David Hopkin’s last match in the Cappielow hotseat. Two Jamie Walker goals coming either side of half time proved decisive as Hearts maintained their positive start to their Championship title bid. 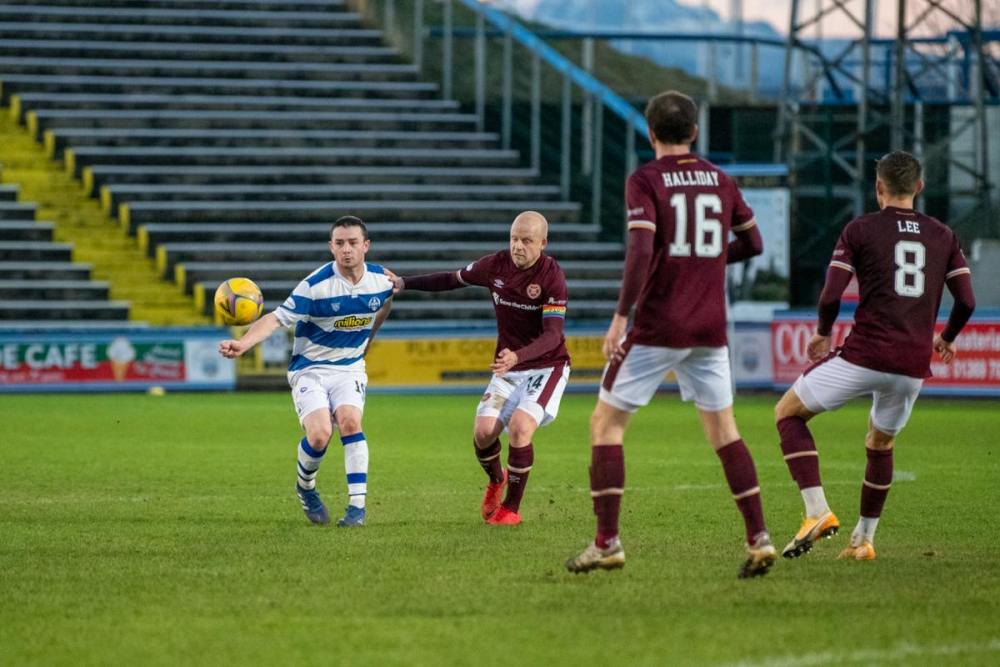 Hearts will head into this game as heavy favourites, and the stats suggest this is an accurate reflection of their performance thus far in the second tier. The league leaders have scored 42 goals so far this term, an average of 2.63 goals per game from 13.69 shots taken. Northern Ireland international Liam Boyce, Scotland international Steven Naismith and Hearts academy graduate Jamie Walker all feature in the Championship top goalscorers table with ten, five and four goals respectively. It’s also worth noting that Hearts have scored in every league game this season, and eleven of their league matches this season have featured three or more goals. Young prospect Andrew Irving is joint top of the Championship assist table, tied with Dundee’s Charlie Adam.

The attacking dexterity of the Edinburgh side is matched by a solid rear-guard. Having conceded only 1.13 goals per game, leading the clean sheet charts with six shutouts this term, the Jambos appear to have all the ingredients of a title winning side as they aspire to return to the top flight at the first time of asking. With 187 fouls conceded this season, an average of 11.69 per match, Hearts are second only to Arbroath in this facet of play. Morton, with 186 fouls this term, adopt a similar tact when defending.

Ahead of Saturday’s trip to the capital, I spoke to Adam Kennedy (@adamtkendo), host of the From Perth to Paisley podcast, about his side’s recent form – “After a disappointing display and the dropping of points against Queen of the South last Friday night, everyone connected with the Jambos will be looking for a reaction and a result against Morton at Tynecastle this weekend.

Still 13 points clear at the top of the Championship table, Hearts have won three of their last five with a comprehensive 4-0 victory over Raith Rovers before back-to-back 1-0 victories over Dunfermline Athletic and Ayr United ahead of the share of the spoils at Palmerston.

Whilst performances haven’t been great recently, we’re still churning out victories before the match against Queens. And, having scored the most goals in the division, should provide some entertainment in the capital.

Only Dunfermline Athletic and Inverness Caledonian Thistle, who both have games in hand, have conceded fewer goals in the Scottish Championship than the men in maroon. However, Hearts have kept just six clean sheets in 16 league matches, one of which came in the reverse fixture at Cappielow.

It was a pretty active January transfer window in Gorgie. Hearts loaned out both Olly Lee and Craig Wighton, for the remainder of the duration of their contracts, to Gillingham and Dunfermline respectively. Jordan Roberts, who signed for the club in the summer, joined Motherwell on loan on deadline day and academy graduate Lewis Moore joined fellow Championship side Arbroath for the remainder of the season on loan.

In terms of additions, the Jambos have only added in offensive areas. Midfielder Aaron McEneff arrived from reigning Irish champions Shamrock Rovers. Winger Gervane Kastaneer has signed on loan from Coventry City for the remainder of the campaign. On the other flank, Hearts confirmed the signing of former Dundee United, Celtic and Aberdeen winger Gary Mackay-Steven. And up front, forward Armand Gnanduillet arrived in Edinburgh after his deal with Turkish second division side Altay was cut short.

Our previous match with Morton saw a 2-0 victory courtesy of a Jamie Walker brace back in the first week of December. Despite the Ton’s best defensive efforts, Hearts struggled at times to break their hosts down but remained patient and a goal shortly before and after half time was enough to seal three points in Inverclyde. It’d be inevitable, in my eyes, to see Morton attempt to execute a similar gameplan but the Jambos will be hoping for a similar result by any means necessary.” 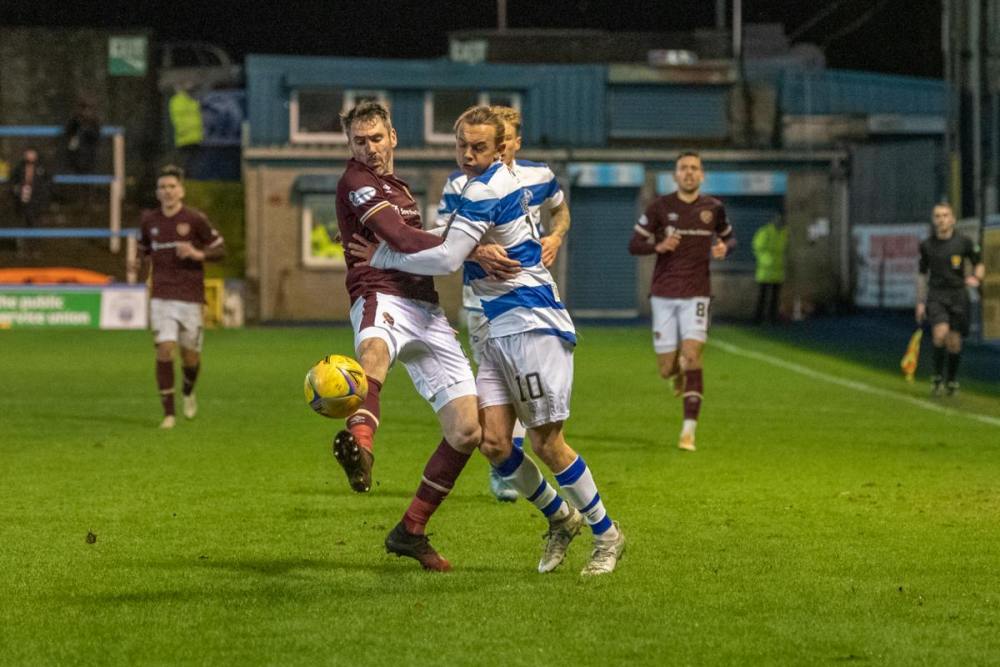 All match odds are provided by our sponsors – McBookie. All odds correct as of 2pm on 18th Feb 2021 and are subject to change. Please only bet within your means and visit BeGambleAware if you are struggling.

Both teams not to score in the first half

Lewis Strapp to be booked anytime

Andy Halliday to be booked anytime