Morton will head into Wednesday evening’s game looking to recover from Saturday’s frustrating 2-1 defeat in the hands of Queen of the South. The Ton fell short after a thumping header from Ayo Obileye and a mazy dribble and composed finish from Aidan Fitzpatrick condemned Morton to their first defeat under interim manager Anton McElhone. Morton pulled a goal back after Kalvin Orsi was in the right place at the right time to rebound an Aidan Nesbitt shot, but ultimately fell short despite their late rally.

Morton head into three successive home games, squaring off against Inverness, Arbroath and Raith Rovers in the next fortnight. Three positive results will ensure Morton stay comfortably clear of the relegation dogfight, however there is no place for complacency at the Tail of the Bank. Queen of the South have turned their fortunes around with three wins in their last four Championship outings, as well as strengthening their squad with the arrival of nineteen-year-old striker Dapo Mebude on loan from Rangers. Ayr are looking to kickstart their recent slump with the loan signing of Ipswich Town defender Corrie Ndaba. Raith Rovers have returned to winning ways after their impressive 3-2 win over Hearts at Tynecastle.

At the risk of sounding hyperbolic, the next three home games may well prove to be season defining. A comfortable mid-table season will surely assist the transition into fan ownership in the summer, allowing the club’s new custodians to evaluate the footballing operations at the club and act accordingly. It is more crucial than ever that Morton do not spend the final phase of the season looking over their shoulders. A win on Wednesday would be a massive stride towards a positive end to the all-too-alien season. 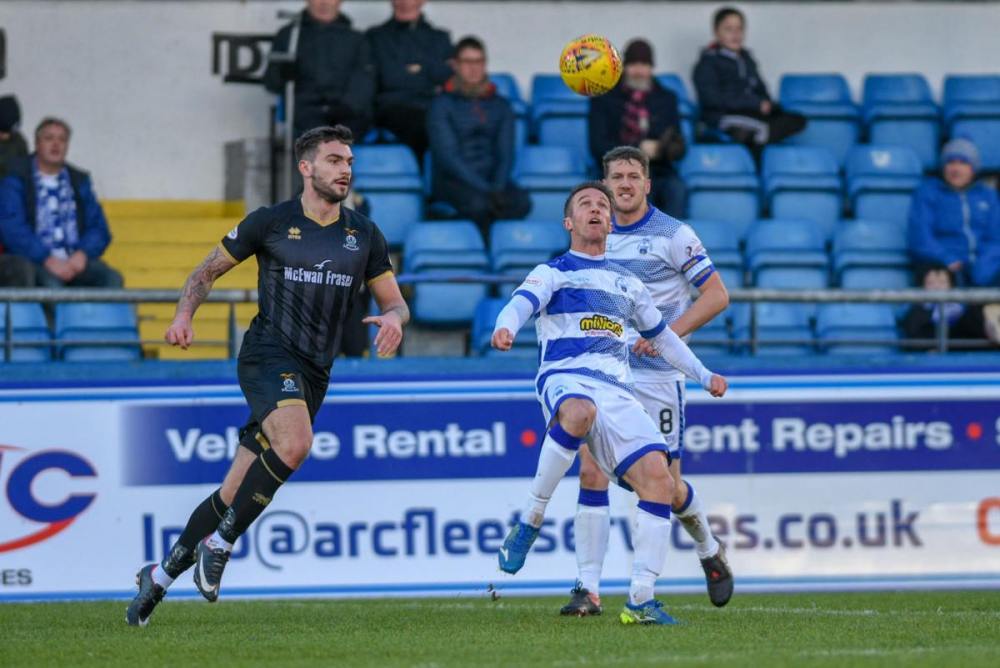 Nobody in the current Morton squad has ever plied their trade in Inverness. Inverness do have someone in their ranks with somewhat of a link to Cappielow. Right sided defender Wallace Duffy joined Morton on loan from parent club St Johnstone in September last year, only for the loan to be terminated a few days later due to ‘non footballing reasons’. He was subsequently released from the Perth side and signed for Inverness on a two-year deal.

Morton, historically, have a terrible record against the Highland side. Since their formation in 1994, The Ton have only five victories to their name in twenty-seven attempts. In the last three seasons, Morton have only one win to speak of. That came in the Championship in October 2019 in a 2-1 victory, with a Bob McHugh double securing the points for the home side. This is the first meeting of the sides this season and the Cowshed faithful will be hoping to defy the record books. 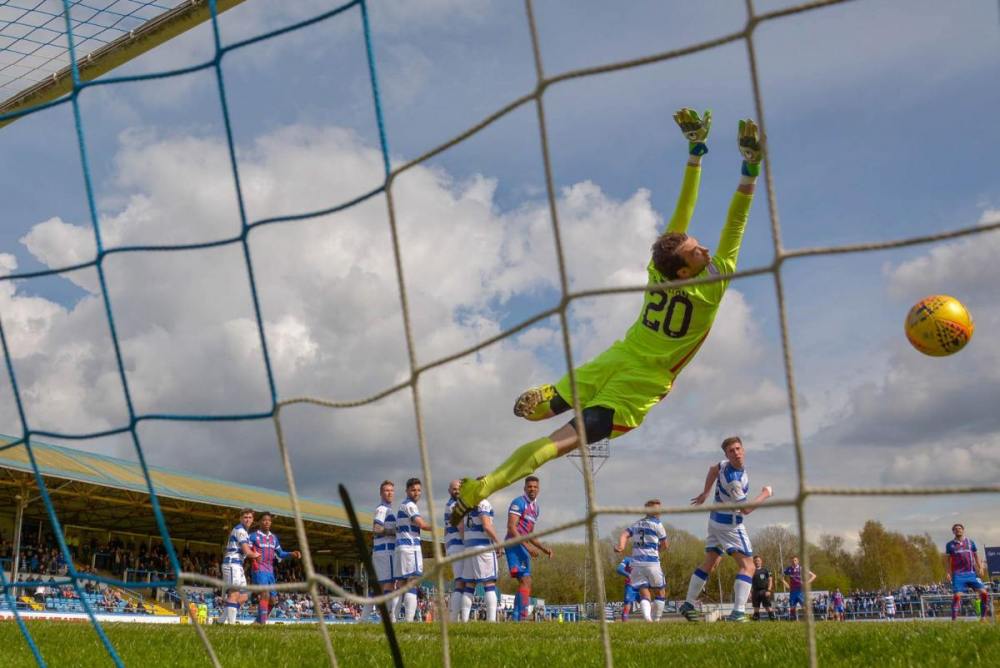 Inverness currently occupy eighth place in the Championship, however this could be considered somewhat of a false position. They currently have four games in hand over Queen of the South, who sit in seventh, and three games in hand over both Ayr United and Morton in this most unusual of seasons. Inverness last played on 29th December, taking a point from a 1-1 draw against Dunfermline at the Caledonian Stadium. Will the away side rock up to Cappielow feeling fresh or will they show a lack of match sharpness? Raith Rovers’ victory at Tynecastle on Saturday following an isolation period may suggest the former outcome.

The Caley Jags average of 1.6 goals scored from 8.9 shots taken and 1.3 goals conceded per game. Morton, by comparison, have averaged 0.9 goals per game from 7.4 average shots per match while conceding 1.25.

Nineteen-year-old Roddy MacGregor has been a notable creative force in midfield for the Caley Jags so far this season. The youngster is in his second full season at senior level, having signed a full-time contract as an academy graduate in 2018. He made twenty appearances in all competitions last season and has featured eight times this season, with two goals and three assists to his name. 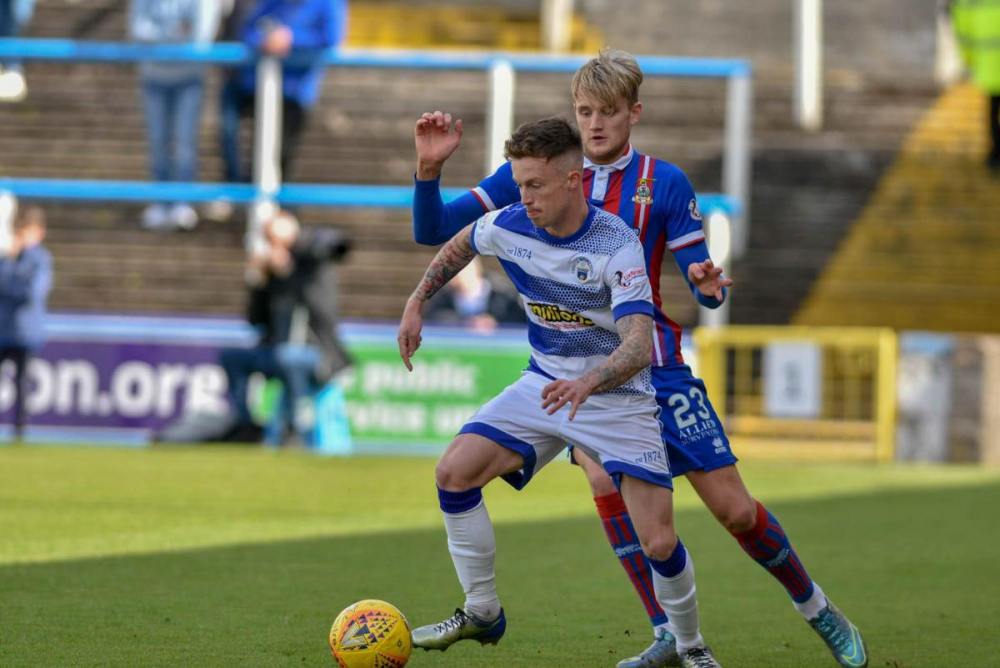 BetWay offer the largest price on Morton to win at 2/1. PaddyPower offer an impressive 4/1 on BTTS and Morton to win. SkyBet, BetFred and BetFair offer the largest price on a draw at 12/5. If you fancy the away side to claim all three points then BetFred and BetWay price Inverness at 13/10. PaddyPower offer BTTS and Inverness to win at 16/5. Bet365 offer EVS on under 2.5 goals.

Inverness’s playmaking midfielder Roddy McGregor prices up at 14/1 to score first/last and 9/2 to score anytime (Bet365). If you fancy Aiden Nesbitt to right the wrongs of Saturday, he is 11/1 to score first/last or 7/2 anytime (Bet365). If you are looking for an outsider bet, Gary Oliver to score anytime, under three match goals and the second half to have more goals than the first prices up at 28/1 (Bet365).