Morton travel down the M74 to face Queen of the South on Saturday, looking to continue their positive run of form and momentum generated in the wake of David Hopkin’s shock resignation. In the minutes preceding our last meeting with the Dumfries side, current Morton chairman Crawford Rae announced that interim manager Anton McElhone, with the assistance of senior players Chris Millar, Jim McAlister and Brian McLean, would remain in charge for the rest of the season. This decision appears to have been vindicated thus far, with The Ton remaining unbeaten in the five games since McElhone took the reins.

This new look Morton team look balanced and measured. A side equally capable of playing the ball through the thirds in an aesthetically pleasing manner, whilst playing cynical, territory-based football when required. There are still valid concerns about Morton’s attacking capabilities, nonetheless The Ton look comfortable defensively and industrious in midfield. This team looks almost unrecognisable from the side that Raith Rovers carved open at will in early November and the Cowshed faithful find their side berthed in the final promotion play-off place. 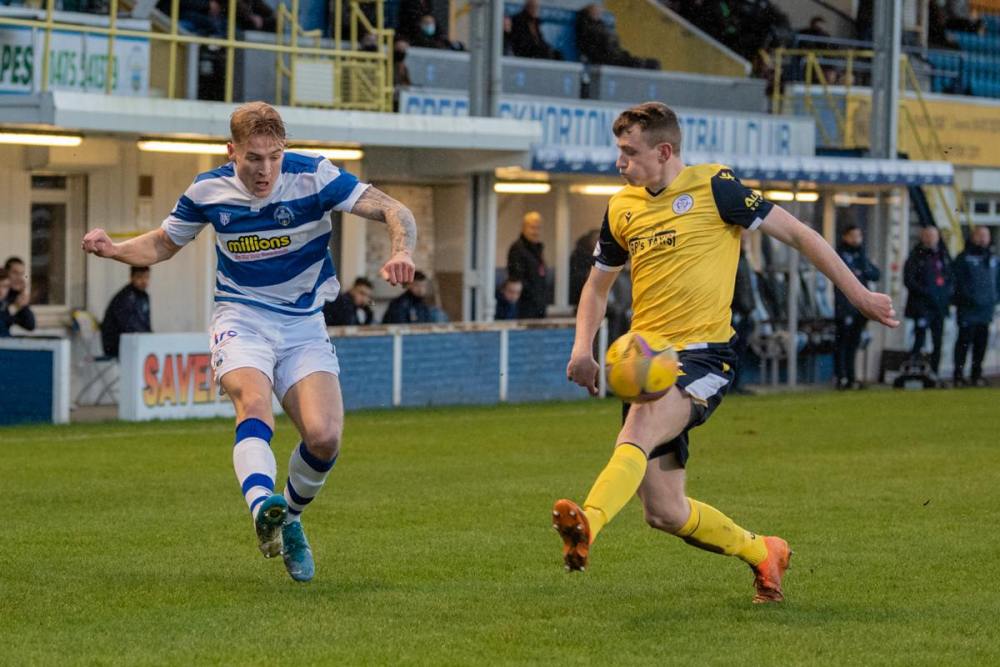 Players moving between the two clubs has been very common in recent years. Gary Oliver has alternated between Dumfries and Greenock from 2015 to the present day, having two spells with both clubs. Kyle Jacobs had a four-season stint at Queens between 2015-2019. Michael Ledger joined Morton in the summer following his release from the Doonhamers. Gregor Buchanan, who scored the deciding penalty in the League Cup clash earlier in the season, played for Morton in the turbulent 2018-19 season before joining League One Falkirk. Joe McKee spent three seasons in Greenock between 2013-16 before securing a move to League Two Carlisle United.

In the last three seasons the sides have met on ten occasions, with the Greenock men boasting five wins and three draws. This is the third meeting of the sides this season, the first being played at Palmerston, a stadium in which Morton have recorded a number of handsome wins in recent times. The first game was the season’s curtain raiser, a 2-2 draw in the League Cup group stages, with Queens taking a bonus point after winning the penalty shoot-out. The Ton took the lead twice through Sean McGinty and Aidan Nesbitt but goals from Queens stalwart Stephen Dobbie and top goalscorer Connor Shields allowed the Dumfries side to force a penalty shootout. In the last match before Christmas, goals either side of half time from Kalvin Orsi secured a deserved 2-0 win for Morton. 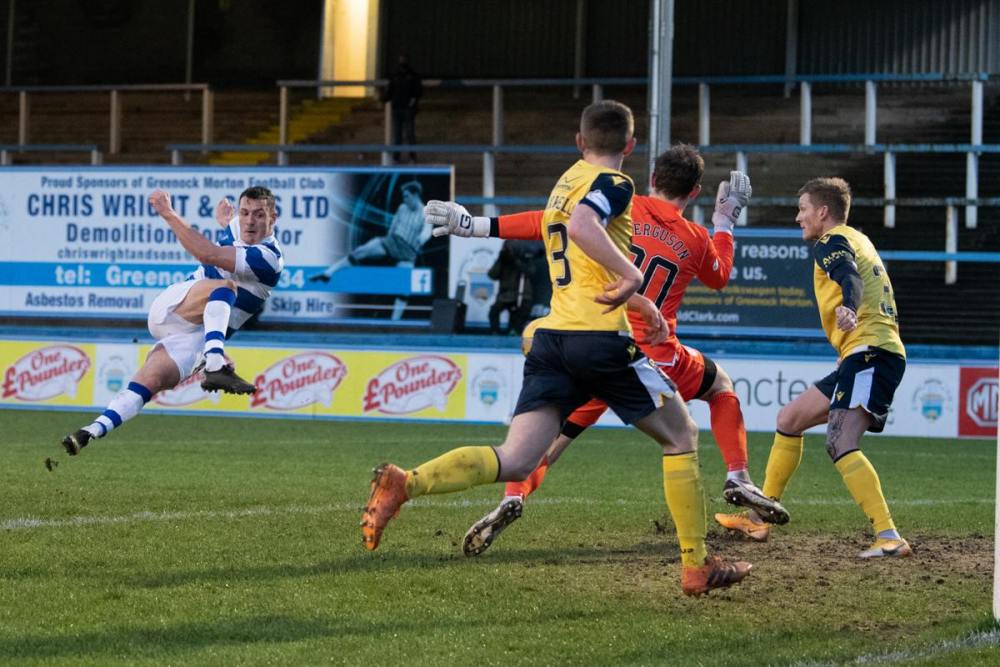 Connor Shields is the most obvious goal threat for the Doonhamers. He is joint top scorer in the league with six goals in eleven Championship appearances so far this season. Queens are the league’s fifth highest scorers (17) and have taken the fourth highest number of shots in the Championship this season (108). On the contrary, they have conceded the highest number of goals (29) and currently find themselves in a relegation dogfight with part time sides Arbroath and Alloa. Both Aidan Fitzpatrick and Willie Gibson have four bookings apiece this term, placing them both joint second in the league for cautions. The Doonhamers’ fortunes have improved recently, finding themselves in a four-game unbeaten run. They toppled Raith Rovers, Ayr United and Queens Park before drawing 2-2 with Arbroath last week.

I spoke to QOSTV commentator Finlay Jack (@Finlay_Jack5) ahead of the game to discuss his side’s upturn in form and his prediction for the match, he spoke optimistically of his side’s chances - “The upturn in form pretty much came out of nowhere. We lost Stephen Dobbie to hamstring injury and were bottom of the league, we had a 16-year-old in goals away to Raith (who beat us 5-2 earlier in the season) and we put it a performance full of fight to come away with a 2-0 win. Since then we’ve kicked on well. The manager has found a nice balance to the team with Dan Pybus playing as a number 10, and of course Connor Shields is scoring goals for fun at the minute, which always helps. If Shields can keep scoring when Dobbie slots back into the team then we can start looking up the table rather than down it. Saturday will be a tough game, Morton have done well under Anton McElhone, but Queens will go into the game full of confidence. I think it’ll be a similar game to when the sides met last month at Cappielow, just the other way round. 2-0 to Queens for me.” 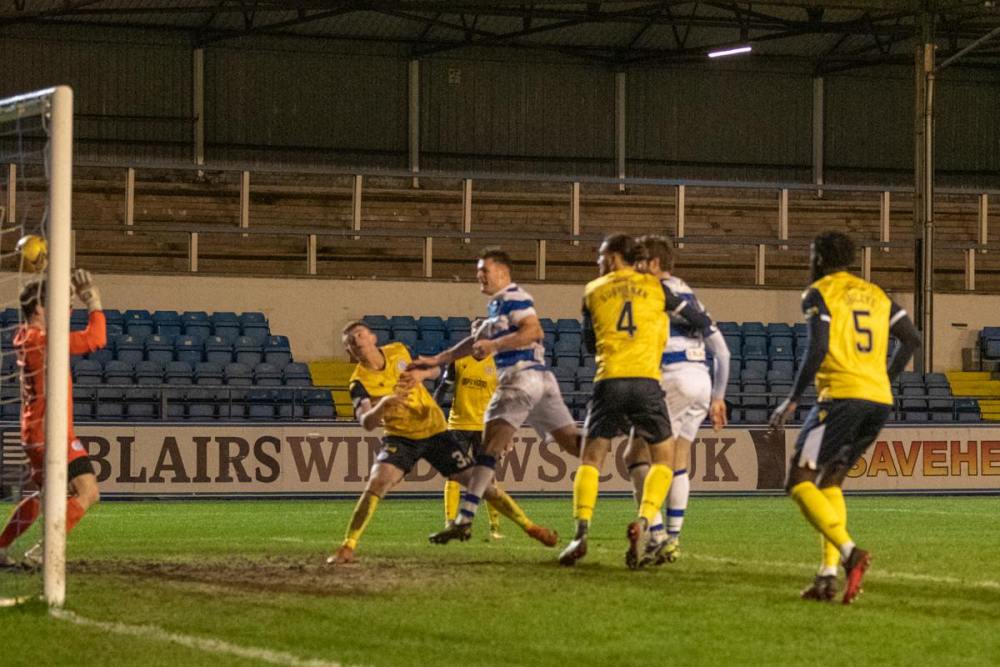 William Hill offer the largest price for the home side at 11/8. PaddyPower offer BTTS and QOTS to win at 7/2. VBet are offering an impressive 41/17 on the draw. If you are feeling confident of an away win - William Hill, Betfred and Betway are all offering 2/1. PaddyPower price BTTS and Morton to win at 9/2.