Scott Bannerman. Brian Wake. Carlo Monti. Greg Kiltie. Charlie Telfer. Among the nerves and pessimism surrounding this evening’s relegation shootout, there is an opportunity for someone to place their name among those who have stepped up when the club has needed them most. Morton and Ayr both have 28 points to their name, with Arbroath boasting one more point, sitting on 29. With David Hopkin’s side taking on an Inverness side with nothing to play for, Morton’s task sounds simple on paper. It’s something that The Ton have only managed to do six times this season. Win. 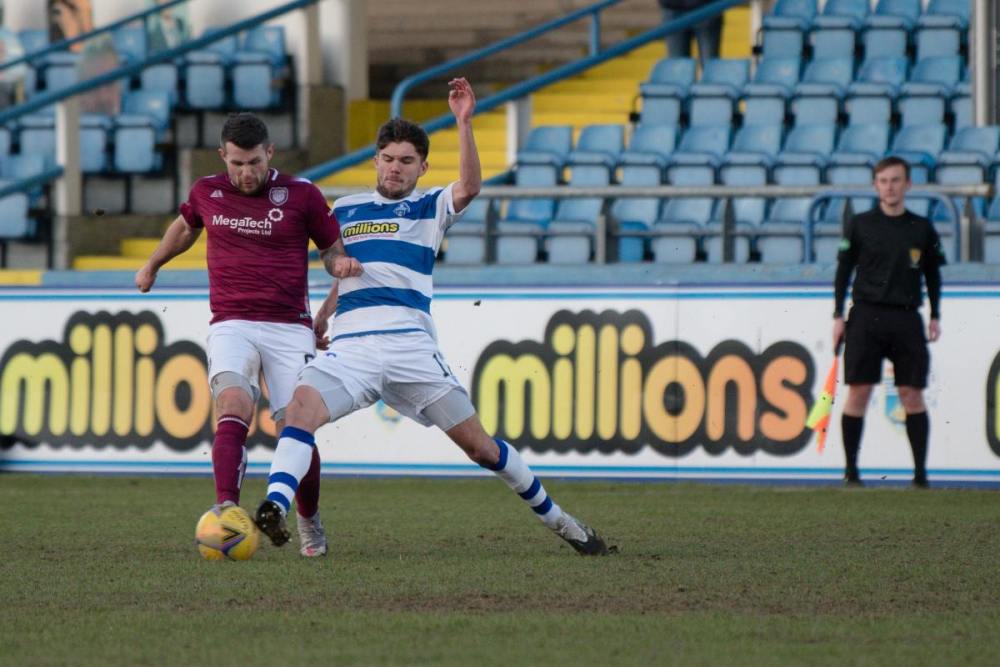 The current Morton squad are without any links to our Angus counterparts. Arbroath goalkeeper Derek Gaston spent seven seasons in Greenock, making 219 appearances and playing a key part in the League One title win in 2015. He was released by now Ayr manager David Hopkin in 2019 and replaced with Sam Ramsbottom.

Bobby Linn was signed by Jim McInally in January 2008, for a reported fee of £15,000, in an attempt to seal the Second Division title. He left in January 2009 to sign permanently with East Fife following a loan spell. Luke Donnelly joined The Ton on loan from Celtic in February 2017, playing seven games without a goal. Kris Doolan signed for Morton in February 2020, making one appearance before the season was ended prematurely due to the ongoing pandemic.

Arbroath ascended to the second tier for the first time since the 2002-03 season, clinching the League One title in 2018 at the expense of Raith Rovers. Since their return to the Championship, Morton have squared off against The Red Lichties on six occasions, fixtures which have not been littered with goals. Only one of these five meetings has featured more than two goals.

The two sides clashed on 30th January at Cappielow, with a Jack Hamilton header proving the difference between the sides. The on-loan Livingston striker nodded home a cross by Jason Thomson, a goal that lifted Arbroath off the foot of the table for the first time all season. This game marked Jim McAlister’s retirement from football, with the skipper unexpectedly leaving the club part way through the season to assume the role of assistant kitman at Rangers.

The first meeting of the sides this season was an uninspiring 0-0 draw at Gayfield in November. David Hopkin’s 5-4-1 nullified Arbroath’s attacking threat, but The Ton offered very little going forward, with former Morton loanee Ross MacIver remaining isolated throughout the lacklustre affair. 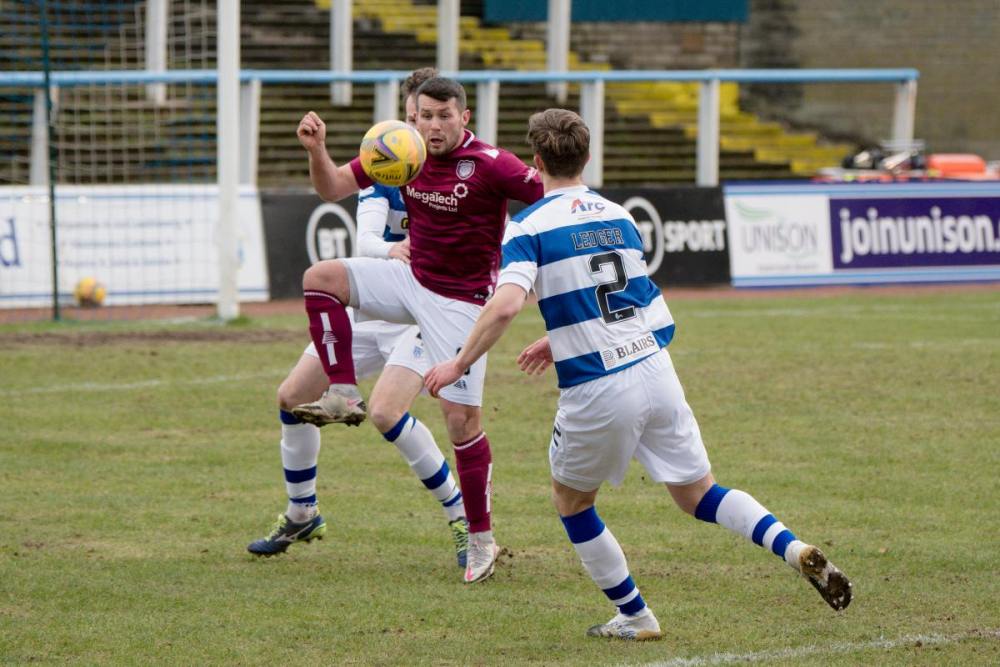 Morton’s last victory in this fixture came at Gayfield in January 2020, with early goals from John Sutton and Luca Colville securing a 2-1 victory for the Greenock side. The clash between the two sides at Cappielow in March 2020 was also the last before the COVID enforced shutdown, with a 93rd minute equaliser from Sean McGinty rescuing a point.

Despite struggling for goals for the majority of the season, this Arbroath side have become incredibly prolific in front of goal in their last few league matches. Having scored 28 goals all season, a staggering 11 of them have been scored in their last four matches.

I spoke to Arbroath TV commentator Ewan Smith (@ewansmithpr) ahead of tonight’s showdown and talked about the tough battles Morton and Arbroath have played out since their 2019 promotion - “This is a massive game for both sides and one that could go either way. Since Arbroath were promoted in 2019 the games have always been tight against Morton. It’s going to be a real battle and won’t be too pretty on the eye. But it will also be a game that you can’t take your eyes off for a single second. Arbroath were outstanding against Ayr United a few weeks ago. It was 4-0 going on six or seven. Everything came together that day and if they play that way again then I can’t see anything other than an Arbroath win.

Until recent weeks they haven’t been known for their goalscoring exploits but that changed with the Raith game where they came back from 2-0 down to draw. They scored three at Dunfermline on Saturday and were really unlucky to lose. They took the game to Dunfermline for long spells and the only difference was the quality of finishing. Dunfermline, Craig Wighton in particular, were clinical.

From an Arbroath perspective the battle can be won in midfield. Dick Campbell has made several shrewd loan signings that have significantly enhanced his side. Ben Williamson is a stand-out in the centre of midfield. He’s tenacious in the tackle and skilful on the ball. He’s ambitious and wants to make the breakthrough at Rangers. I’ve got no doubts that he’ll play at higher level. Nicky Low has come in from East Stirlingshire on loan and added creativity to the midfield engine room with his range of passing and outstanding set-piece delivery.

Jack Hamilton has scored eight goals since joining on loan from Livingston in January - including one in each of his last four games. Morton fans will remember him as he scored on his debut at Cappielow to help Arbroath win the last time the sides played. It’ll be tight but I’m going for a 2-1 win to Arbroath with Hamilton netting the decisive goal.” 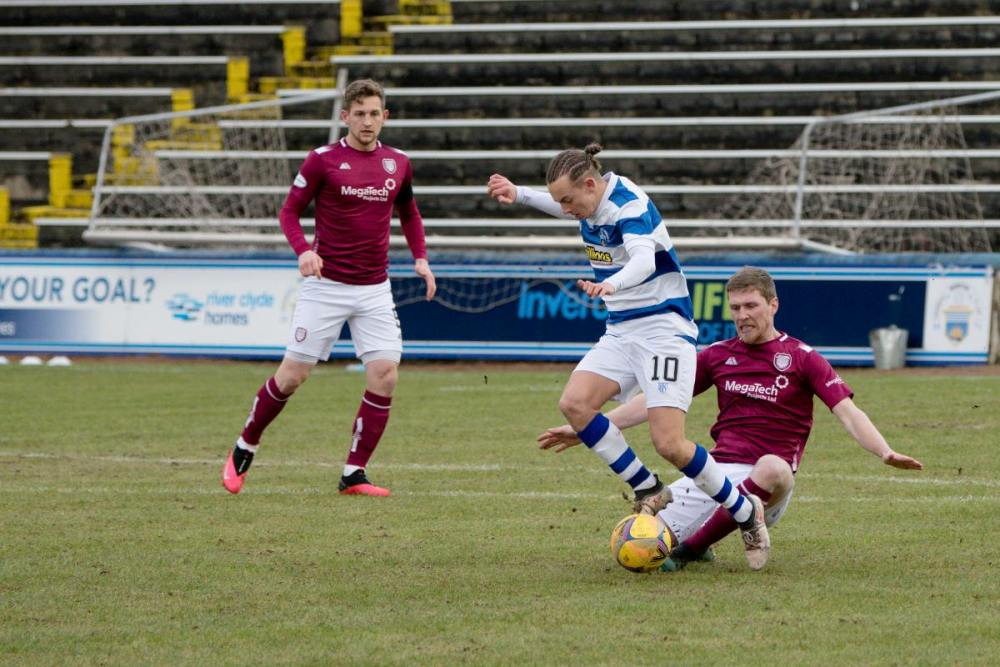 All match odds are provided by our sponsors – McBookie. All odds correct as of 6am on 29th April 2021 and are subject to change. Please only bet within your means and visit BeGambleAware if you are struggling.

Arbroath go into tonight’s match as favourites, priced at 6/5 to win. Arbroath to win and BTTS prices at 9/2 and the Angus side are 11/5 to win without Morton scoring past Derek Gaston. If you fancy Arbroath to continue their scoring run and record a comfortable win over Morton, you can back them on a -1 handicap at 15/4.