After Friday’s disappointing stalemate against Arbroath, it was confirmed that Morton would be the Championship’s representatives in the relegation playoffs. The 0-0 draw encapsulated The Ton’s season thus far, with a lack of attacking prowess handicapping the Greenock side as they failed to register a single shot on target in the ninety minutes. MacPherson will be forced into changing his defensive setup as club captain Sean McGinty is set to miss both legs of the semi-final after his shocking red card challenge in the second half on Friday night.

Gus MacPherson’s side now face a minimum of 180 minutes against a Montrose side who cemented their place in the promotion mix with a last gasp winner against League One champions elect Partick Thistle on Tuesday night. The much lauded Stewart Petrie will hope to utilise that momentum to set up a final against either Cove Rangers or Airdrie. 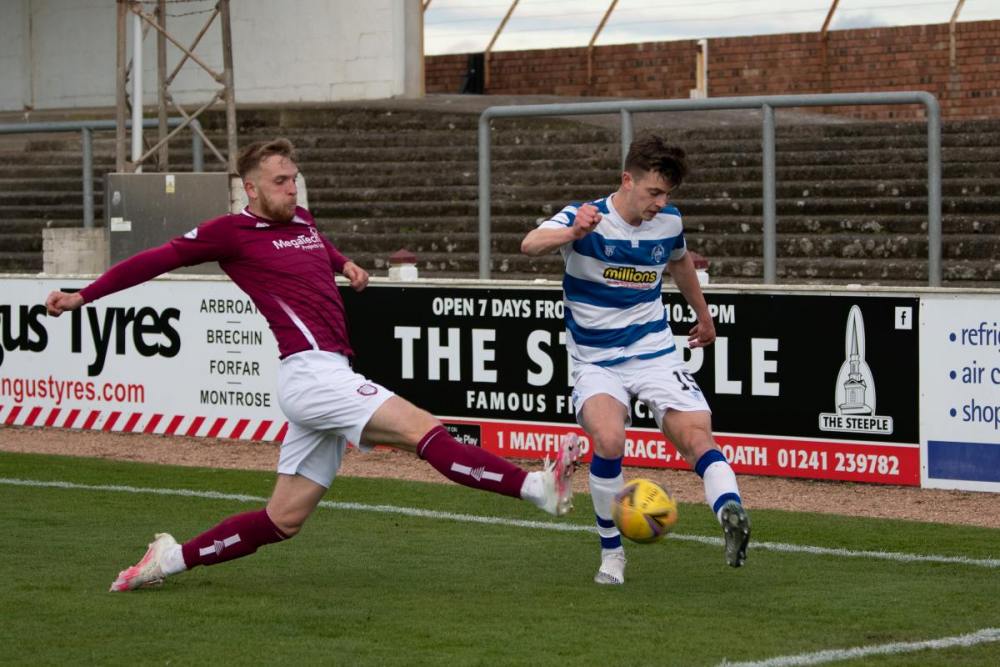 Kerr Waddell spent a season at Cappielow on loan from parent club Dundee. The Dundee academy graduate debuted in a 3-1 defeat against Ayr United in the League Cup group stages. With his loan spell being extended on 14th November 2018, the central defender went on to make twenty-eight appearances, scoring two goals. Whilst at Cappielow, he cemented himself as a popular figure among the Morton faithful.

Lewis Hawke, the son of former Morton striker and CEO Warren, signed for Morton’s youth team from Linwood Rangers in 2011. In January 2012, he made his debut as an injury time substitute against Raith Rovers. Later on that season, he would score his first goal in blue and white hoops against the same opposition. Upon leaving Greenock, and after a very brief spell at Annan Athletic, Hawke went stateside to join Furman University’s Paladins side. After three years in the US, he signed for Bulleen Lions in Australia. After season long spells at Queens Park and Stirling Albion, he signed for Montrose in 2020.

The last meeting of the two sides was during the infancy of Morton’s ill-fated 2013/14 campaign. Allan Moore’s side recorded a comfortable 4-0 victory over the Angus side at Cappielow in the League Cup. Goals from Kabba-Modou Cham, Marc Fitzpatrick, Reece Hands and Aiden Fulton booked a tie against East Fife in the next round. Moore’s Morton would go on to beat East Fife and Celtic before falling to an extra time defeat to St Johnstone in the Quarter Final.

The last time Morton shared a division with the Gable Enders, it was in the Third Division in 2002/03. Morton claimed ten points from twelve against Montrose as they clinched the title on the last day of the season against Peterhead. The last time Montrose recorded a win against the Greenock side was a 3-2 win in a Scottish Cup Third Round replay at Links Park in the 1995/96 season. 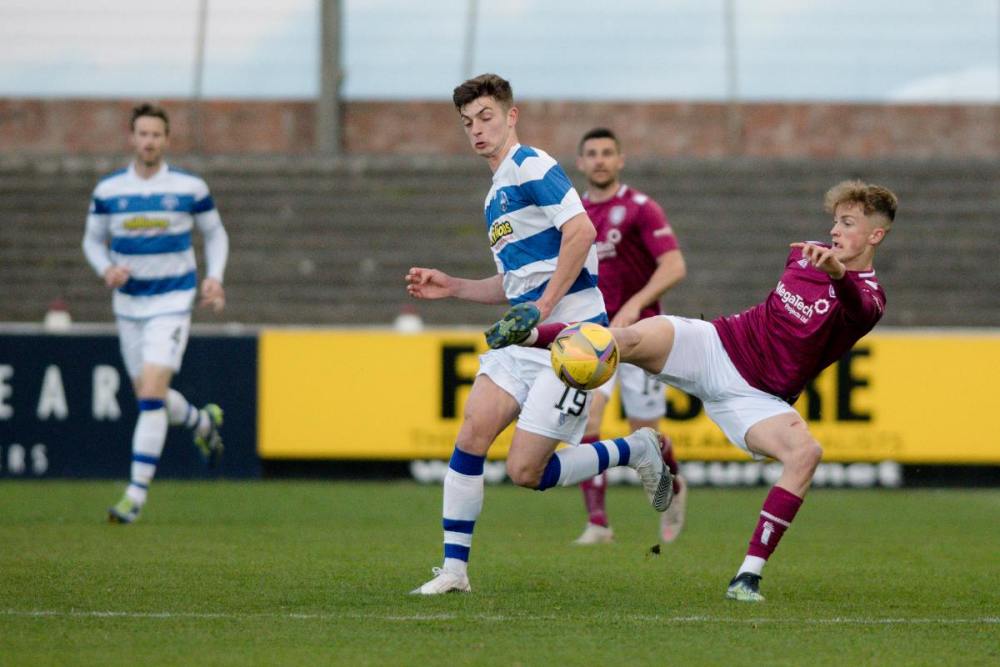 Montrose have been a major benefactor of Falkirk’s incredibly collapse in recent weeks. With the Grangemouth side losing 2-0 Airdrie on Tuesday night, it rounded off an unfathomable collapse for The Bairns, who had a six point gap ahead of Cove Rangers with thirteen matches played. Montrose toppled League One champions Partick Thistle, with defender Cameron Ballantyne’s 87th minute winner propelling his side into the promotion hunt.

I spoke to Montrose fan Ben MacDonald (@benm89) ahead of Saturday’s first leg, he spoke of Montrose heading into this play-off semi final brimming with confidence – “After spending 22 years cemented in Scotland’s fourth division and seeing our Angus neighbours all find escape routes out of the league, watching Montrose lift the League Two trophy in 2018 not only brought a sense of joy but also relief, especially as the club were less than 15 minutes away from relegation from the Scottish Leagues just three years earlier. Since then, we haven’t looked back.

Few members of the Gable Endies support could argue that safety in the league each season is all we want but the journey that Stewart Petrie has guided the club on since his arrival in 2016 has been nothing short of mesmerising. A Championship playoff semi-final against Queen of the South (a 5-0 away hammering didn’t ruin a great day out) in our first season in League One would have been unimaginable a couple of years back. Last season we were lined up to play the Doonhamers in the same fixture had it not been for something named after everyone’s second favourite Mexican lager (Desperados FTW).

Seeing that we were going to be up against Partick and Falkirk, teams that should be nowhere near League One, as well as an evolving Cove Rangers and other notoriously tricky clubs like Airdrie, East Fife and Clyde, landing a playoff spot could have been seen as a bit too ambitious at the start of the season. The campaign provided no real shocks up until December where we saw the team grab three straight wins and two draws before Lockdown Two: Electric Boogaloo grounded all momentum to a halt.

When the league restarted points were won and lost and as fixtures began to pile up we had to rely on Fraser Fyvie heading the ball into his own net and Airdrie keeping a clean sheet against East Fife to find ourselves in the top five split. Defeats against the Diamonds and Cove seemed to declare us as best of the rest however a manager-less Falkirk suffered a severe fall from grace, and we were two wins away from leapfrogging the Stirlingshire side. Two second half goals at the Falkirk Stadium made it advantage Montrose before Tuesday’s match against Thistle. The ever-considerate Ian McCall decided that his first team players could have the night off and we beat the wee side 3-2 in an entertaining encounter. Everyone had to hold their breath after the referee blew his whistle as we waited for Airdrie to hold on to a 1-0 lead, thankfully Kyle Turner notched a 94th minute winner for Ian Murray’s side, a playoff spot was secured. The sound of cheers inside Links Park was nothing compared to what it would have been if the Dynamo faithful were back in the stands.

We go into Saturday’s home leg full of confidence having grabbed maximum points in our last two league games against a disaster of a Bairns side and Partick’s second team plus Richard Foster. We have full belief in the capabilities of our entire squad, but Morton fans should look out for the ever-dependent Andrew Steeves and Cammy Ballantyne as full backs, our top scorer Graham Webster and Russell McLean as those who pose a threat. The young Cammy F Ballantyne (yeah we have two of them) has also become a force to be reckoned with in recent times. Looking forward to what should be an entertaining encounter!” 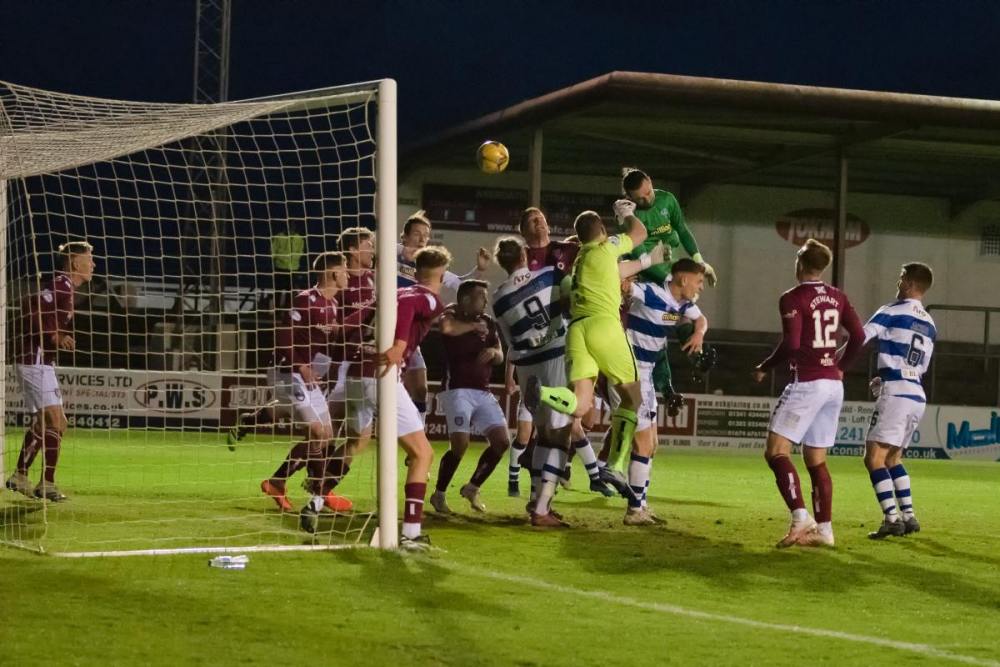 All match odds are provided by McBookie. All odds correct as of 11pm on 6th May 2021 and are subject to change. Please only bet within your means and visit BeGambleAware if you are struggling.