Morton vs Alloa. Ayr vs QOTS. Dunfermline vs Arbroath.

I’ve attempted to compose the opening paragraph of this week’s match preview a few times, however a quick glance towards the Championship table gives far more context than my meek scribing could ever provide. With two fixtures left in the Championship season, something has to give. Having taken a deserved point from Premiership bound Hearts on Tuesday night, the onus is now firmly on Gus MacPherson’s side to best an Alloa side who are heading for the third tier for the first time since 2012/13. We simply must win. 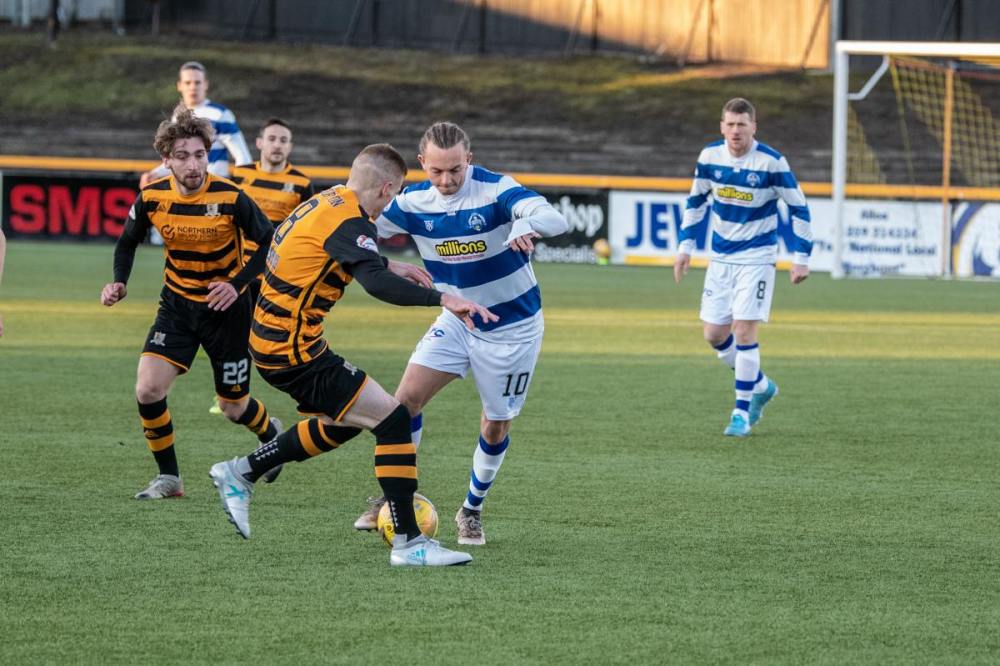 Alan Trouten’s career began in Greenock, signing for The Ton in 2003. The Rutherglen born forward failed to make a single appearance for the club, and subsequently left at the end of the 2003/04 season to sign for Queens Park. Trouten signed for Alloa in 2018 from then League One Albion Rovers. To date he has made ninety six appearances for The Wasps, with thirty nine goals to his name.

Dunoon based Andy Graham was signed for Morton in 2011 by then manager Allan Moore following his release from Hamilton. The centre back broke his cheek in the pre-season Renfrewshire Cup final against St Mirren, subsequently debuting as a substitute against Dundee in August that year. After thirty one appearances over the course of the 2011/12 season, he was released by Moore. He subsequently signed for Dumbarton along with left back Ross Forsyth.

Scott Taggart had a promising start to his youth career, winning a league and cup double with Hibs in 2008/09. Following on from loan spells at Ayr United and Stranraer, the Leith side decided to release Taggart. He was picked up by Allan Moore ahead of the 2012/13 season and was a key player in the side that challenged for the First Division title. Following Morton’s disastrous relegation the following season, Taggart left to join Dumbarton.

Nicky Jamieson was a Morton youth player who joined Largs Thistle in 2014, having failed to make a first team breakthrough in Greenock. He spent five years at Barrfields, making one hundred and fifty five appearances, before stepping into the senior game, signing for former Morton manager Ray McKinnon’s Queens Park in 2019. After a successful season in the fourth tier, being named in Queens Park’s team of the year, the defender signed for Alloa.

Robert Thomson signed for Morton on a two year deal ahead of the 2017/18 season after impressing manager Jim Duffy with his displays for Dumbarton. The former Dundee United youngster spent two seasons in Greenock, scoring four league goals in thirty eight appearances. Following his release from the Tale of the Bank in 2019, he signed up for a second spell in Clackmannanshire, having played for Alloa on loan in the 2012/13 season from parent club Dundee United. He scored the equaliser for The Wasps in the 1-1 draw between the sides earlier this season.

Tale of the Tale

Alloa were The Ton’s first opponent in 2021, facing off in a 1-1 draw at Recreation Park. Marcus Fjortoft’s close range header gave The Ton the lead before Robert Thomson rescued a point late on for the home side. Morton will feel they deserved to win all three points, with Aidan Nesbitt and Kalvin Orsi missing clear chances to take all three points back to Inverclyde.

In October, David Hopkin’s Morton side bested their Clackmannanshire counterparts at Cappielow in a 1-0 win. Cammy Salkeld gave the home side the lead in the tenth minute, rounding off an incisive counter attack from an Alloa corner. Josh McPake held strong and allowed Salkeld to get beyond him before playing an excellent through ball for Salkeld to knock past Neil Parry. Josh McPake’s assist was marred sightly as he was shown a second yellow card for simulation in the second half. 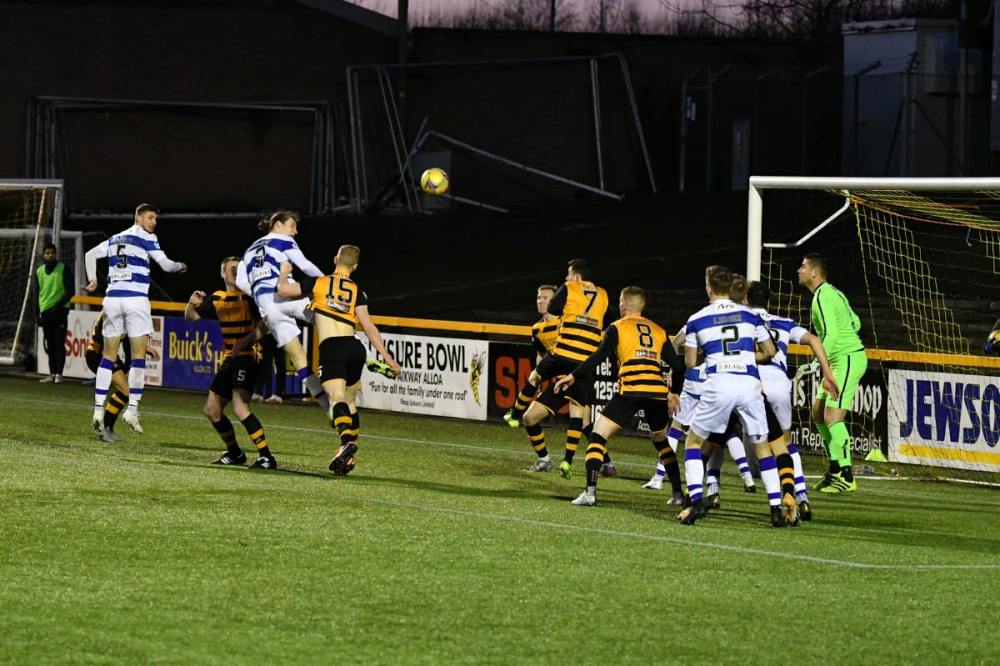 Somewhat unsurprisingly, you will not find anyone from the Clackmannanshire in the Championship top scorers or top assists records this season. Despite having scored more league goals than both Morton and Arbroath, Alloa’s rearguard has been their obvious downfall this term. Peter Grant’s slick, possession-based football caused issues as they struggled to go toe-to-toe with their overwhelmingly full-time counterparts. Despite conceding the highest amount of goals in the division with 59 (2.36 per match), Alloa have conceded the second lowest number of fouls this term (10.88 per match). Steven Hetherington leads the Championship cautions chart with ten yellow cards in twenty-three appearances.

I spoke to Kieren Mooney (@KierenAAFC) ahead of Saturday’s match, who reflected on Alloa’s tough season and eventual relegation – “Alloa's fate was sealed last weekend with a cruel defeat to Raith Rovers. In a game that many wouldn't have grudge the Wasps all three points, the hard luck continued with a wrongful dismissal of Neil Parry and quick-fire double to ensure we would be playing League One football next season. It has been on the cards for a while now as results never really found any consistency as the season went on.

There have obviously been so many mitigating circumstances to the outcome of this season and Alloa have found themselves in really troubling circumstances due to the COVID pandemic. It was never going to be easy when we weren’t able to recruit new players in the off-season and a large bulk of training time is taken up by COVID testing, however, Alloa have still been the masters of their own downfall. Unlike previous years, the stalwarts that have such a good reputation haven’t matched those high standards and we find ourselves having to score at least three goals to win a game after fighting back from yet another silly mistake. If you have to do that, it really isn’t going to work out. Many of the roll of the dice from Peter Grant, such as the signing coup of Stefan Scougall, haven’t worked unfortunately with too many injuries halting any sort of consistency for a player who shows touches of class in his limited game time.

A bright spark in the season has been the arrival of Inness Cameron from Kilmarnock on loan in January and one of those ‘what if’ questions had he been here the full season. The powerful forward has five goals and four assists in his short time at the club. Kevin Cawley in his landmark season continues to rise to the occasion and looks a threat after scoring a fantastic goal last Saturday.

Only two wins in 2021 isn’t a stat that this squad would want, nor merit. Potentially now their fate has been sealed, we will see them play with a little bit more freedom and less pressure. This squad has been excellent the last five years and if this is the end, which many do believe could be the case, then I am sure they will want to go out with a flourish.” 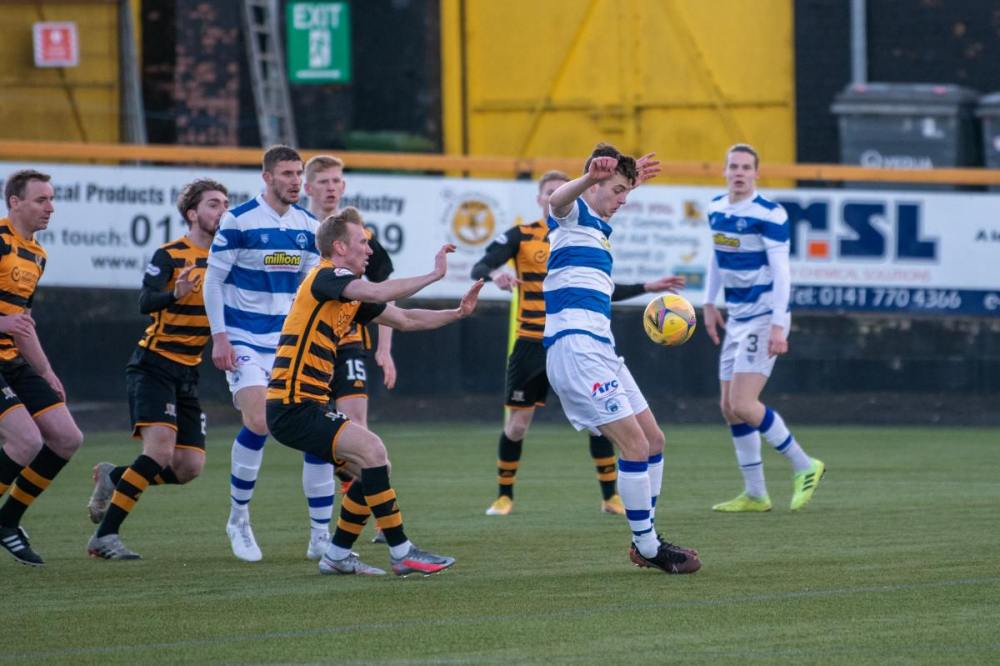 All match odds are provided by our sponsors – McBookie. All odds correct as of 6am on 23rd April 2021 and are subject to change. Please only bet within your means and visit BeGambleAware if you are struggling.