Morton run out in front of the TV cameras tomorrow to host newly crowned Champions Hearts with far more on their minds than applauding the achievement of their visitors. With the business end of the season well and truly here, and realistically a three-way race to avoid ninth place and a play-off berth to avoid the drop between ourselves, Arbroath and David Hopkin's Ayr United, a point, or even a win would provide a massive shot in the arm for the 'Ton in their battle to keep their heads above water for another year.

Any hangover from Friday night's monumental cup efforts at Motherwell could prove critical- the extra day's rest could be helpful, but of course the efforts over 120 minutes and penalties could well have drained Morton both mentally and physically. Gus McPherson's charges should however take great confidence from their performance against what is probably a similar level of opposition to Hearts. 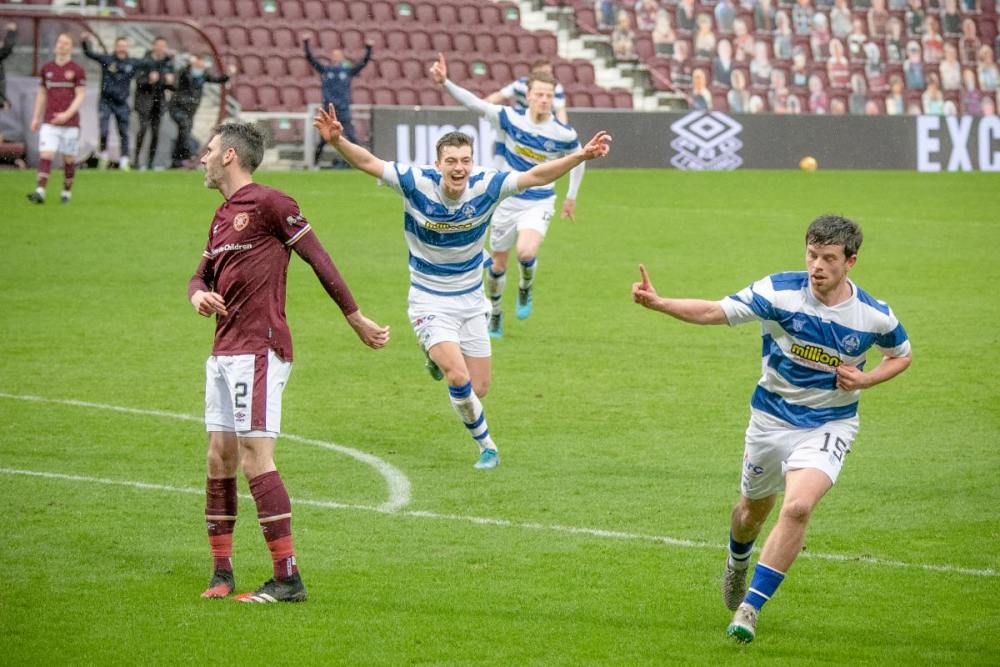 None of the current Hearts squad have ever featured for The Ton, however midfielder Andy Halliday may stick in the minds of the Cowshed faithful. Whilst representing his former club Rangers, Halliday was shown a second yellow card for gesturing towards the Cowshed in the wake of former Morton loanee Barrie McKay scoring his side’s second goal in a 2-0 win.

Robbie Muirhead signed for Hearts in June 2016. Muirhead made nineteen appearances and scored twice, both goals coming in a 2-0 victory over Rangers at Tynecastle. His time with the Gorgie side was short lived, signing for MK Dons for an undisclosed fee in January 2017 on a two-and-a-half-year deal. Both Robbie Muirhead and Aidan Nesbitt played under current Hearts Head Coach Robbie Neilson whilst playing for MK Dons in League One.

Gary Oliver graduated from Hearts’ youth academy and made his first team debut amidst the club’s administration and subsequent relegation from the top flight in 2013-14. Oliver's professional debut for Hearts was in a League Cup match against Raith Rovers on 27 August 2013, coming on as a substitute. The following season, he had a brief loan spell at Stenhousemuir before being released by the Edinburgh side to join Queen of the South.

It's been well publicised by now that this season is the first that the two clubs have met since 1987-88, and whilst they won't be sharing a division next term, it would be foolish of Hearts to think that they'll only need to turn up and go through the motions to get a positive result. Whilst the 2-0 win for the Jambos at Cappielow which preceded Hopkin's messy departure was fairly routine, and flattered Morton, who could be thankful to goalkeeper Aidan McAdams for keeping the scoreline respectable, we went to Tynecastle and took the lead before having to settle for a draw in February, a point that could prove crucial come the season's end. 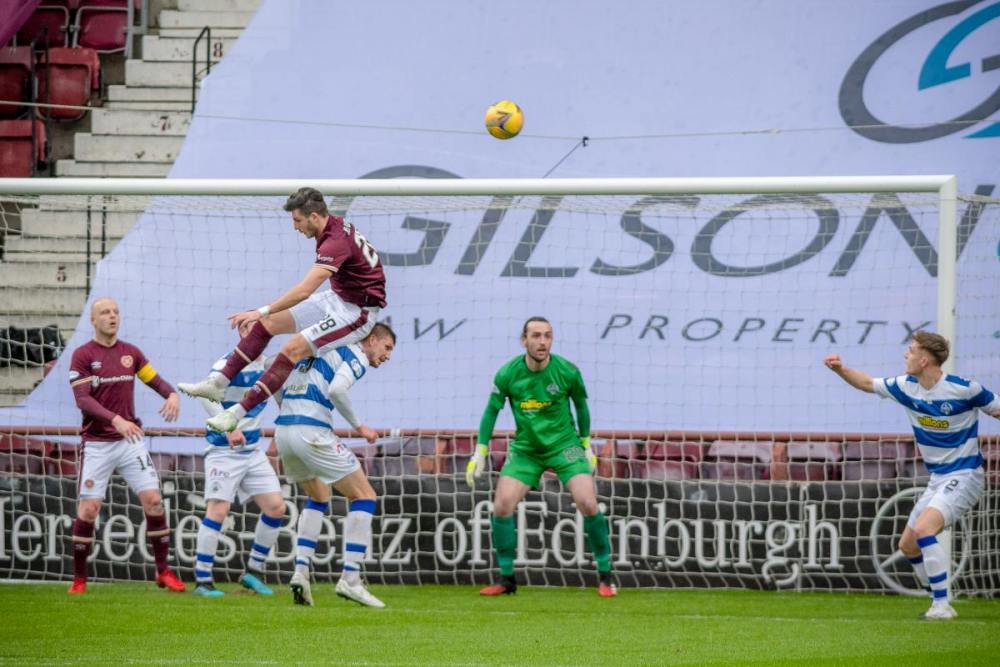 Last weekend's 6-0 rout of Alloa which all but confirmed their promotion before Morton and Arbroath nudged them over the line by taking points from Dundee and Raith respectively masks a relatively unconvincing run of results for the champions, with draws at Arbroath and Dunfermline being punctured by a concerning home defeat by Queen of the South and the mother of all Scottish Cup shocks at Highland League champions Brora Rangers.

The natives are restless on Gorgie, and whilst the job has been done, manager Robbie Neilson is hardly at the peak of his popularity as we speak.

Contrastingly, after the home hammering by Inverness was perhaps the low point of the season for Morton, they've reacted well, picking up a surprise point at Dundee which could so easily have been three, and running the Steelmen so close in the cup on Friday night, although Kyle Jacobs and Stephen McGinn finally getting the opportunity to pair up together in midfield may well be a major contributing factor to that.

With a favourable couple of fixtures after tonight, at home to already relegated Alloa, and at an Arbroath team that are not only beatable, but could be in a position of comfort depending on results at the weekend, a result isn't absolutely crucial, but would go a long, long way to protecting Morton's Championship status for another year. Failure to do so would mean we go into the final two games knowing what we have to do, but with the potential of that final day cliff hanger being a lot less comfortable than it might be.

Ahead of tonight’s match, I spoke to Adam Kennedy (@adamtkendo), host of the ‘From Perth to Paisley’ podcast. He reflected on his side’s season following on from being crowned Championship champions – “After a resounding 6-0 win that all but confirmed Alloa Athletic’s relegation, along with both Raith Rovers and Dundee being held at home the following day, Heart of Midlothian were confirmed as champions as a result of their latest Scottish Championship matchday.

However, despite winning the division with just three games remaining, the Jambos have won two of their last five Scottish second tier matches including the win over the Wasps.

An indifferent run has since followed, including the worst result in their 147 year history, after crashing out of the Scottish Cup in the second round following a 2-1 defeat to Highland League outfit Brora Rangers.

Whilst it may come as no real shock, given they’ve topped the table for the vast majority of the season, Hearts have scored the most Championship goals (56) and conceded the fewest goals in the division (24) in their 24 matches played so far.

The first meeting between the two teams this season, resulted in a 2-0 victory for the Jambos courtesy of a Jamie Walker brace at Cappielow, back in the first week of December. Despite Morton’s best defensive efforts, Hearts struggled at times to break their hosts down but remained patient and a goal either side of half time was enough to seal three points in Inverclyde.

However, it was certainly a different affair last time out in the capital. And not just because Morton were playing in Gorgie in a league fixture for the first time since March 1988. Despite a lacklustre first half, Jamie Walker ultimately spared Hearts’ blushes in a 1-1 draw against the Ton at Tynecastle.

Whilst the hosts dominated proceedings, with 26 attempts at goal but only 5 on target, the visitors took the lead courtesy of an excellent strike from Craig McGuffie. However, Hearts’ dominance eventually resulted in an equaliser, courtesy of Walker’s 50th goal for the club on what was considered a largely disappointing afternoon given their lack of cutting edge.

Morton may have scored the fewest goals in the Scottish second tier this season but given the hosts are the only team with anything to play for, it wouldn’t be crazy to suggest that they could get something considering this is a real dead rubber as far as the visitors are concerned.” 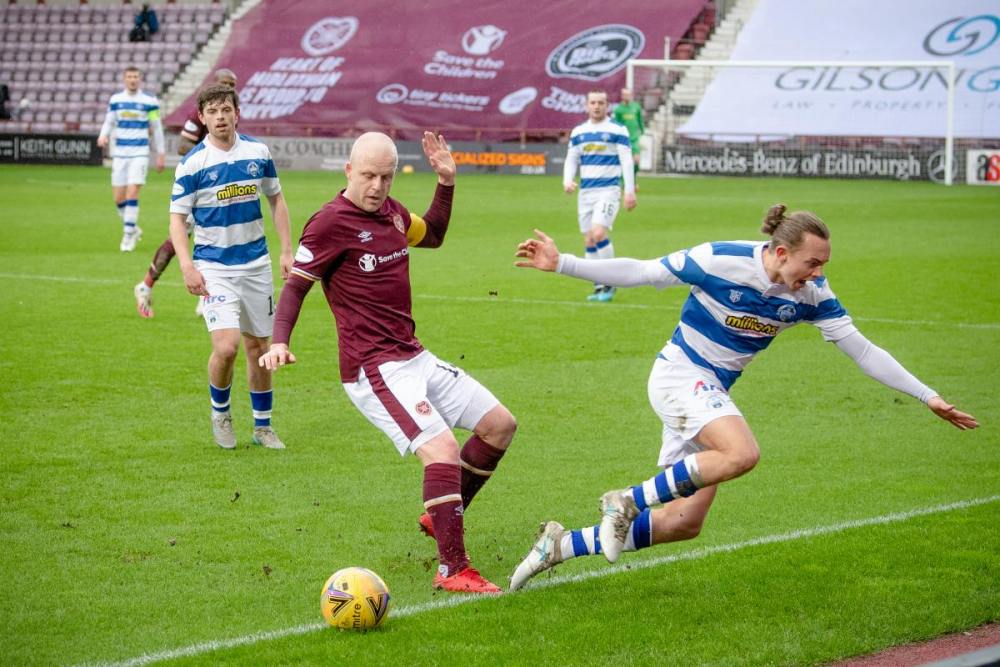 All match odds are provided by our sponsors – McBookie. All odds correct as of 9pm on 19th April 2021 and are subject to change. Please only bet within your means and visit BeGambleAware if you are struggling.

Morton head into this crunch match as heavy outsiders. If you fancy The Ton to take a massive step towards survival and win, an impressive 6/1 is your reward. Morton to win and BTTS is 10/1, as is Morton to win to nil. Morton to win with a -1 handicap is a massive 16/1.