Morton are tasked with overcoming Premiership opposition this evening in the Scottish Cup as The Ton aim to reach the Quarter Finals of our nation’s showpiece trophy for the first time since 2017/18. With the winner of the Stranraer vs Hibs clash awaiting the winner of this evening’s clash, and a crunch match against Hearts midweek, Gus MacPherson’s squad management will be key to Morton’s chances in the next two fixtures. Having been within a few minutes of claiming a vital three points at Dens Park on Saturday, Morton fans will hope that their side can show more defensive solidity than our last few trips to Fir Park. 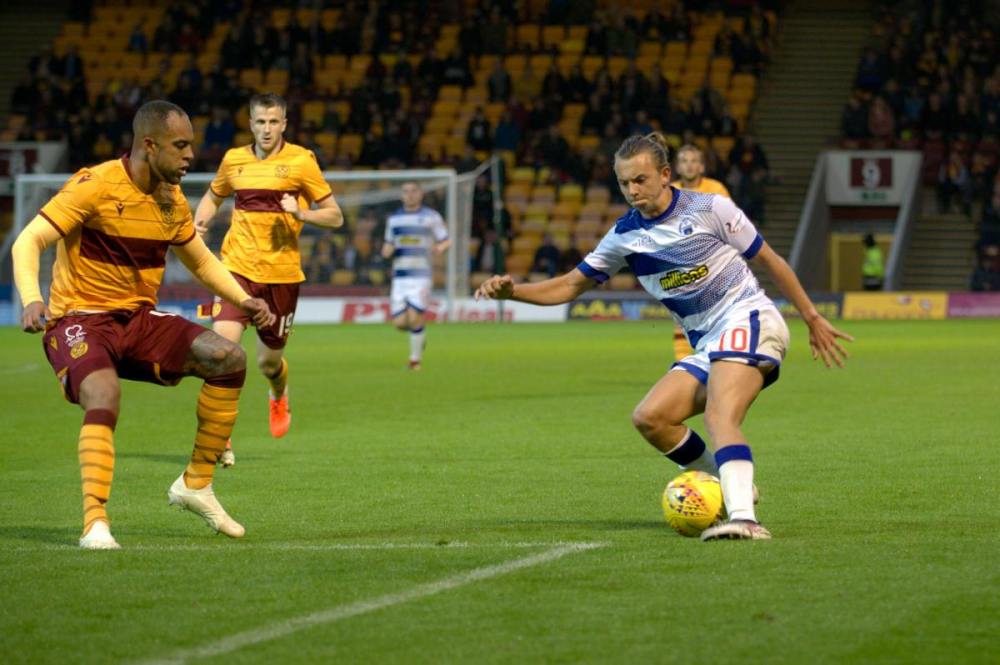 Ross MacIver joined Morton on loan from parent club Motherwell this summer. The young winger made three appearances in the League Cup, scoring the equaliser in the 1-1 draw with St Mirren. He also made six Championship appearances before being recalled by Motherwell over the festive period. Following a sub appearance for Motherwell against Rangers in the Premiership, he was sent on loan to League One Partick Thistle. He has made four appearances for Partick to date since the lower league restart.

Shotts born defender Ricki Lamie was recruited by Jim Duffy in 2014 as he attempted to return Morton to the second tier at the first time of asking. Lamie, who was once goaded into a red card by Morton stalwart Peter Weatherson whilst representing Airdrie, was deployed at left back in League One and appeared to struggle initially with this new position. His game improved massively as Morton went onto win League One and Lamie matured into a stand out Championship player, equally comfortable in at centre back and left back. He scored his first senior goal in a Hogmanay Renfrewshire Derby, snatching a point for ten man Morton with the last kick of the ball. At the end of the 2017/18 season, and after 132 Morton appearances, news broke that Lamie was joining Premiership side Livingston, leaving with the best wishes of the entire Morton support.

It’s safe to say that Morton have not faired well against the Lanarkshire side in recent years. The last meeting of the sides, at Fir Park in last season’s League Cup group stages, finished 4-0 to the home side thanks to goals from James Scott (x2), Jermaine Hylton and Liam Donnelly. David Hopkin utilised former club captain Jim McAlister at right back, a move which was exploited by a rampant Motherwell side.

In 2017, the two sides met in identical circumstances, a match with ended with an identical score line. Charlie Dunne opened the scoring in the third minute, with Chris Cadden doubling the home side’s lead after twenty five minutes. Gary Harkins was then shown a straight red card midway through the first half. Richard Tait and Louis Moult put the result beyond all doubt and Motherwell advanced through to the last 16 of the League Cup.

Morton’s last win against Motherwell also came in the League Cup, in a 3-2 extra time victory at Cappielow. Alex Samuel gave The Ton a 1-0 lead after eleven minutes, which looked to have secured the tie before Scott McDonald’s injury time equaliser levelled the tie and forced extra time. Play was suspended for a short time as Motherwell fans clashed with stewards and Police, a situation worsened as goals from Alex Samuel and Michael Tidser put Morton 3-1 up. Despite Louis Moult grabbing a goal back, The Ton held out to progress to the next round of the Cup. 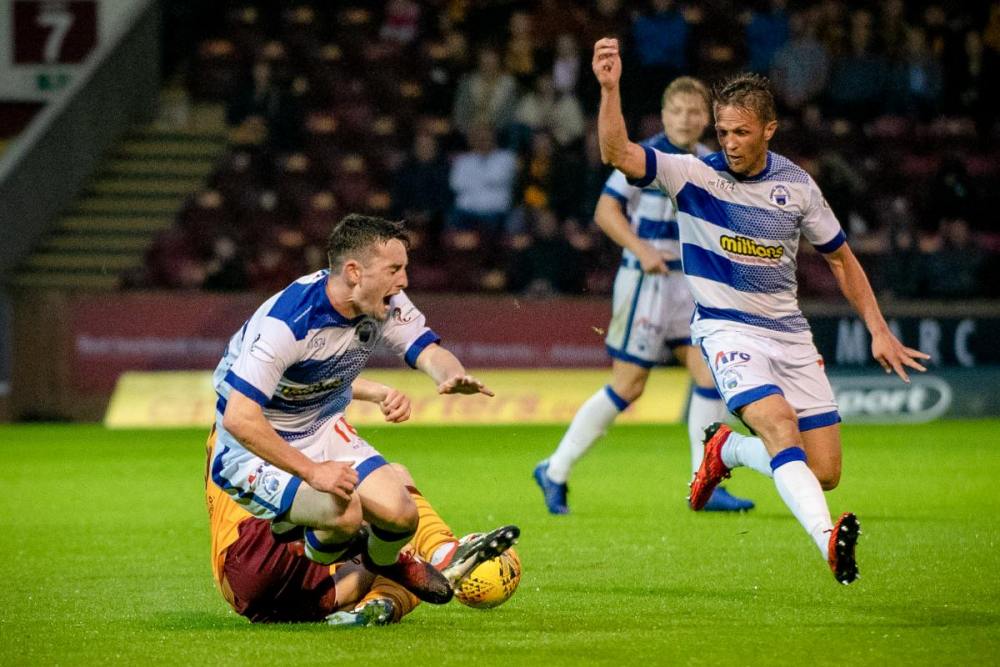 Following on from an incredibly successful season last term, it’s safe to say Motherwell initially struggled to replicate this form. Despite a decent goal return, they’ve struggled defensively and have currently conceded 51 league goals this term (1.5 per match). Their defenders tend to avoid committing fouls, with an average of 12 fouls per match, trailing only Celtic, St Mirren and Rangers. With three wins and a draw heading into tonight’s match, it looks as though The Steelmen have played their way out of relegation contention.

I spoke to Motherwell fan Scott Philip (@ScottP_7), who spoke about Motherwell’s stop-start season so far and the opportunity Friday night’s match presents - “Despite results easing relegation worries in recent weeks, performances have not been too easy on the eye for Motherwell fans. I can’t complain too much as relegation was looking a real possibility at the turn of the year before Graham Alexander took over, he has now got us playing with a certain effort and grit that was lacking under Stephen Robinson. Saturday’s win against St Mirren typified that, where we were able to withstand heavy pressure for much of the game and score against the run of play before seeing out the win.

Motherwell’s clean sheet in that match could be largely put down to the return of Declan Gallagher, back fit after a long spell out, who partnered Rickie Lamie at the centre of defence in the back four. Lamie is now looking more assured after a shaky start to his time at Motherwell, partly down to injuries and being deployed as a makeshift left back, but he will now be looking to nail down his place in the team for the run in beside Gallagher. In the midfield three, while the tireless work rate of ‘the Lanarkshire Kante’ Allan Campbell never goes unnoticed, one thing that has been missing at times is a creative spark. Steven Lawless could provide that, having recently featured against Formartine and St Mirren as he recovers from an injury layoff. One place we are not short of options is the front three, I always feel we have enough quality up there to hurt any side. Devante Cole has been in scoring form recently with 5 in 5 and Chris Long and Tony Watt have also chipped in with goals. As has Hearts loanee Jordan Roberts, but unfortunately he looks like he’ll miss out after being stretchered off at the weekend. It could be on opportunity for Rangers loanee Jake Hastie to get some game time.

One cause for optimism for Morton must be the dismal performances that we have proved capable of. Even in the past couple of months in the midst of climbing away from the relegation zone, we have managed to lose by 3 goal margins at home to out of form sides Hamilton and St Johnstone, and again away to Kilmarnock just three weeks ago. While I’m fully expecting a win on Friday night, I’m hoping for a more pleasing performance to go with it.” 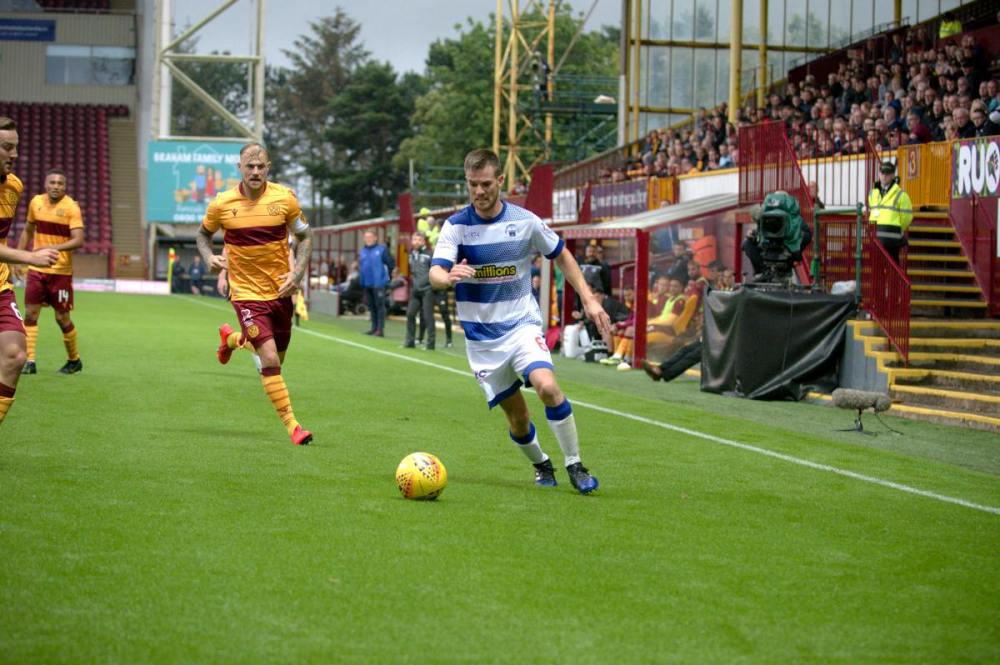 All match odds are provided by our sponsors – McBookie. All odds correct as of 2pm on 15th April 2021 and are subject to change. Please only bet within your means and visit BeGambleAware if you are struggling.

Unsurprisingly, Motherwell are heavy favourites for this tie and price at 1/2 to win the tie within 90 minutes. You can also back the Steelmen to win and BTTS at 11/5 and to win to nil at 6/4. If you fancy Motherwell to record a comfortable victory over Morton you can back them on a -1 handicap at 6/4.