The Lord giveth and the Lord taketh away. The excitement and galvanisation of the Morton support after news broke of Dougie Imrie’s return to Cappielow lasted less than 24 hours, as further COVID restrictions were announced. The ramifications of these measures mean that only five hundred of the Cowshed faithful will be present to welcome the new gaffer into his post. While tuning in to listen to the timeless patter of Andy Ritchie is a decent second prize, most Morton fans will feel aggrieved that they cannot welcome their new gaffer in the flesh. 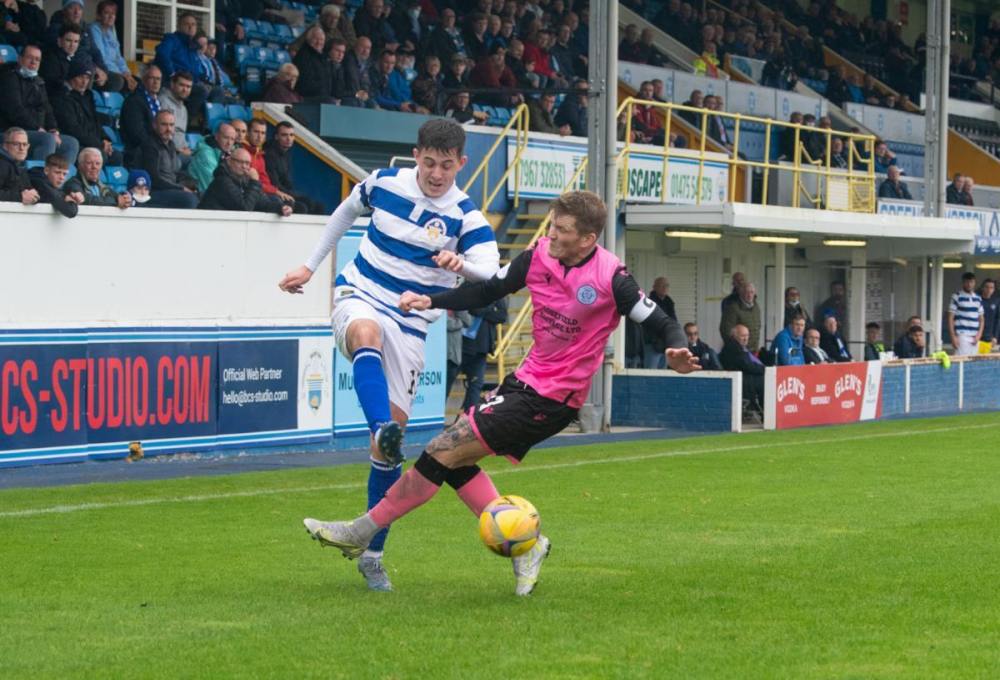 There was some cause for optimism for long-term absentee Brian McLean, as photos taken by GBR Photographs on Thursday morning showed the veteran defender back in training.  Loanee Oisin McEntee would be a welcomed return to the backline, with his fellow loanee Tom Allan now back in the fold.

Nobody in the current Queens ranks has played their football in Greenock. Loanee striker Gavin Reilly came through the youth ranks at Palmerston, spending five seasons in their first team. Signing his first professional contract ahead of the 2010/11 season, he made his first team debut in July 2010 in a League Cup match against Dumbarton, scoring a debut goal in a 5-1 win. He spent five seasons in the first team set up at Palmerston, making 111 league appearances and scoring 39 goals before moving to Hearts.

Morton’s former managerial team, Gus MacPherson and Andy Millen, spent a season in the Dumfries dugout in 2011/12. Their squad featured familiar faces such as Lee Robinson, Alan Reid, Ryan McGuffie, Craig Reid and Scott McLaughlin. They finished bottom of the table and were relegated to the Second Division, with MacPherson and Millen being sacked at the end of the campaign with a win ratio of only 23.81%.

Queens hosted The Ton in the Quarter Finals of the SPFL Trust Trophy Quarter Finals on the 1st December. It was a trip bemoaned by Gus MacPherson in his pre-match interview with BBC Alba, having travelled to face Inverness four days previous in the Scottish Cup. Queens dominated the first half and were rewarded for their endeavours in the 27th minute as Jack Hamilton managed to punch a corner directly into his own net. Morton looked to have dragged the match into a penalty shoot out in the dying moments as utility striker Alan Lithgow headed home in the 86th minute. It’s safe to say that the performance on the night was summed up in the next two minutes, as Ruari Paton waltzed through the defence to prod home an 88th minute winner for the home side.

Morton squared off against Queens on Matchday Ten in Dumfries. Both sides struck the woodwork in the first half, as Willie Gibson hit a post from a free-kick and Robbie Muirhead clipped the bar. Lee Connolly forced Jack Hamilton into a fine stop after the break, with a long range strike from Willie Gibson almost catching out the Morton shotstopper. The stalemate left the home side 7th and the home side in 9th place in the Championship.

Queen of the South visited Cappielow on Matchday Three this season, with The Ton looking to follow up on an impressive away win at New Douglas Park the previous week. Willie Gibson received the ball on the right hand side and sailed past Darren Hynes, with Kyle Jacobs’ recovery tackle fouling the experienced midfielder. Ally Roy’s initial effort was saved by Jack Hamilton, however the penalty taker tucked home the rebound to give the away side the lead. 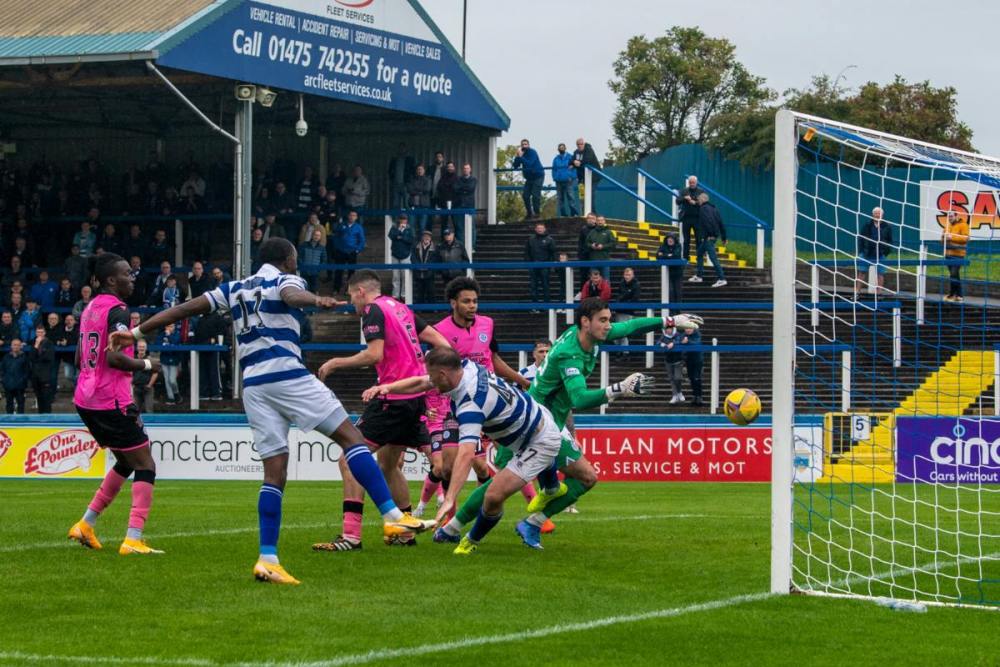 I spoke to QoSTV commentator Finlay Jack (@Finlay_Jack5), who spoke of the shift in dynamics following the appointment of Dougie Imrie -  “Sunday will be the eighth time we meet Morton in 14 months but I have a feeling this will be the toughest one of the lot. We gave Stuart Taylor his first win as Accies boss, and obviously Gus’ first win at the Ton in March so we’re no stranger to being on the receiving end of the new manager bounce!

The limit on fans may help us. I’d have expected a very vocal home support getting behind Dougie Imrie, I’m sure the 500 or so that are present will make the noise of a few thousand however!

We’re absolutely scunnered for players at the minute. We’ve 7 or 8 injuries, meaning Wullie Gibson has continued playing in CB, though he’s now joined by Euan East after McKay injured his hip half an hour before the Dunfermline game two weeks ago. East was signed as a striker/winger last season but is doing a superb job at CB for us at the minute.

Six goals in the past two games has ensured we’ve rediscovered out goal scoring touch after a quiet month or two. Five different goal scorers is pleasing, but Innes Cameron netting two on the bounce, coinciding with his best performances of the season, has helped massively.

We played a 4-1-3-2 shape last week and it was really effective with McGrory pressing from higher and regaining possession, but with injuries taking its toll I expect he’ll need to drop back into his CDM role. Josh Debayo played 89 minutes last week after one day of training in the last month so I’m unsure how fit he is for Sunday. Our other left-back Alex Cooper came off injured at East End Park too so unsure how far away he is.

I’m always optimistic about Queens though and, despite the fact we have struggled to back up any good wins this season, I do think we’ll go a job at Cappielow. I’ll go with 3-1 to the South. I really like the Imrie appointment by Morton but there’s only so much he can do with a group of players who don’t look up to the job whatsoever.” 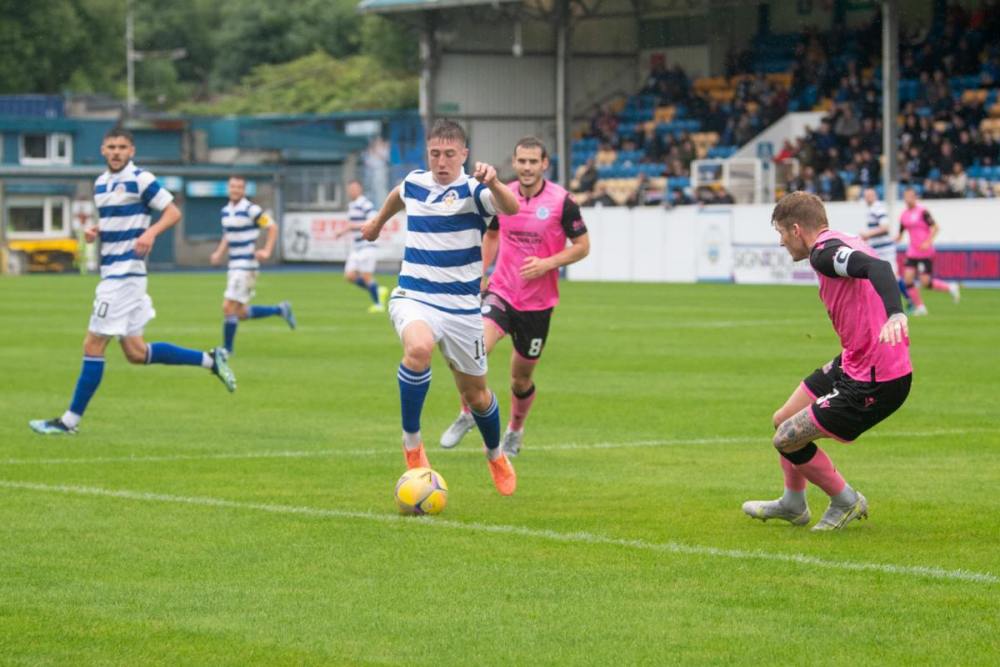 All odds are provided by McBookie. Odds are correct as of 8am on 23rd December 2021 and are subject to change. Please only bet within your means and visit BeGambleAware if you are struggling.

If you fancy Morton to experience a new manager bounce then you can back Imrie’s side to win at 6/4. The Ton to win and BTTS chalks at 4/1, along with 10/3 to win without conceding. A comfortable home win can be backed at 9/2 for Morton -1.

The draw prices at 21/10, along with 17/2 for a goalless draw. Queens are 17/10 to win two in a row against bottom side Morton. The Dumfries side to win and BTTS is 17/4, along with 15/4 to win without Soloman Brynn being breached. If you fancy a comfortable away win you can back Queens on a -1 handicap at 5/1.