With no sign of movement on the managerial front, it's expected that Derek Anderson will again lead Morton as they look to make amends for last Saturday's debacle against Inverness when they travel up the east coast to face an Arbroath team that are hoping to go ten games undefeated and with more than one eye on a place in the promised land of next season's Premiership.

Brian McLean is still likely to miss out following the injury he sustained at East End Park last month. Morton will be hoping for the return of Oisin McEntee to shore up the leaky defence, having missed the Cappielow double-header against the Highlanders. 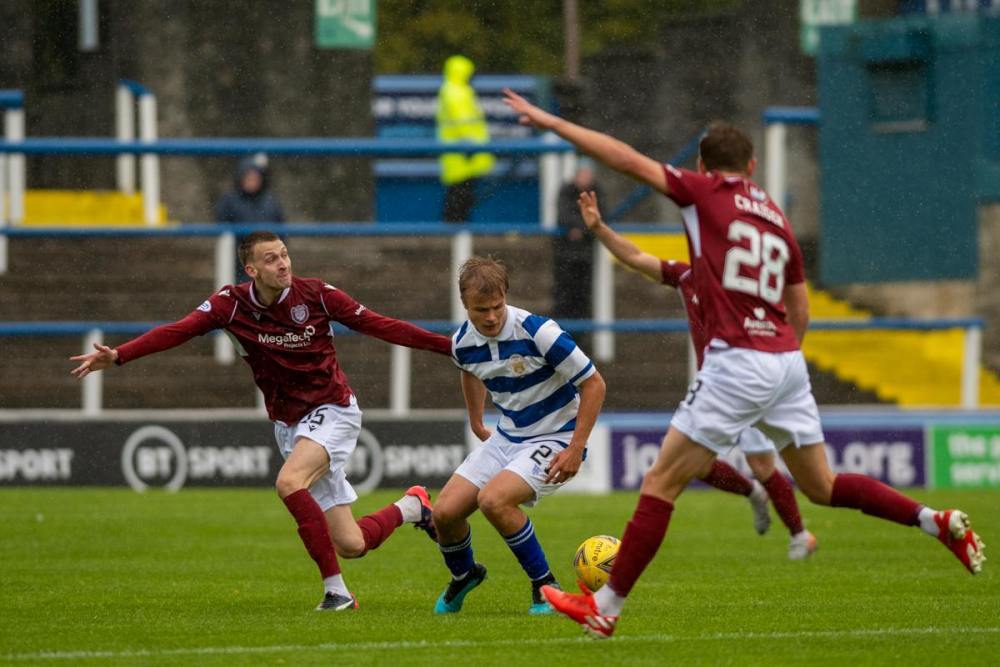 Whilst there are no former Red Lichties in the Morton squad, there will be a few familiar faces in the home side's ranks, with popular former 'Ton custodian Derek Gaston enjoying a fine season between the Arbroath sticks. Bobby Linn and Luke Donnelly also represented Morton, although a decade apart, with Linn playing a bit-part role in our 2007 title win and Donnelly coming in on an emergency loan ahead of our cup tie at Ibrox in 2017 as an injury crisis left Morton without any strikers. We can also hope that Jack Hamilton will enjoy the bragging rights over his brother Colin at Christmas dinner next Saturday.

Whilst fixtures between the two clubs have been notoriously grim since Arbroath's promotion in 2019, the fixture at Cappielow in early October was one of the more watchable matches involving Morton this season. Having fallen behind on the stroke of half time as Colin Hamilton slotted past his brother to open the scoring, Morton turned the game on its head within 10 minutes of the restart through goals from Gary Oliver and Cammy Blues, before suffering a hard luck story as Michael McKenna's disputed late penalty earned Arbroath a share of the spoils. 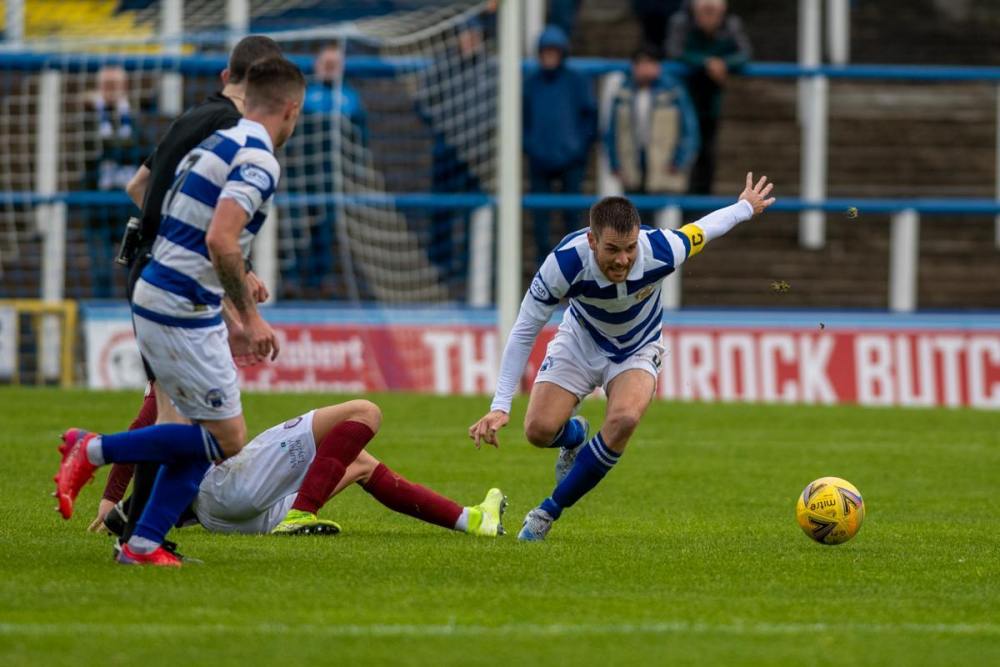 The contrasting fortunes of both clubs this season are there for all to see, with the league's smallest club enjoying perhaps the best season in their history as Morton prop up the table and are showing little sign of improving on that position. Recent away wins at Kilmarnock and Partick give enough of an indication that this Arbroath team are no flash in the pan, but perhaps those travelling up to Gayfield can take solace in a home record that isn't quite as impressive as Arbroath's record on the road- a draw against fellow promotion chasers Raith Rovers isn't to be sniffed at but dropped points against toiling Queen of the South and Ayr give scope for optimism.

I spoke to Arbroath fan and former club commentator Ewan Smith (@ewansmithpr), who was perhaps being polite in expressing caution ahead of the visit of Morton to his home town;

"It’s hard to imagine there ever being a more exciting season in Arbroath’s 143-year history. The fact that we are already halfway through the season and Arbroath are in a commanding position for promotion is incredible. But don’t make the mistake of thinking this is a fluke- they have assembled a fantastic squad, peppered with the very best part-time players in the country. There are players in their team who could comfortably play in the Scottish Premiership. Defender Tam O’Brien, for instance, is a class above but because he has a settled job away from football and a good wage at Arbroath he’s better served at Gayfield. Morton’s form hasn’t been good but no-one could have imagined these sides would have 18 points between them before this one kicks off.

So where are the threats? Everyone in the league now knows about the trickery of Joel Nouble. He’s a towering striker but his best quality is his ability with the ball at his feet. He’s nimble and has amazing close control. He’s been a revelation for Arbroath and will be a huge miss when he returns to Livingston in January. Michael McKenna has possibly been the best player in the Championship this year. He has 11 goals in 17 games and half of those have been from the midfield role he currently operates in.

Former Morton keeper Derek Gaston has four clean sheets in a row but another local lad - Nicky Low - is out and continues to be a big miss for Red Lichties. Arbroath’s biggest challenge is complacency. Realistically they aren’t going to come close to relegation but given the wins they’ve had at Inverness, Kilmarnock and Partick in a nine-game unbeaten run they will be full of confidence. They will be backed by 1,000 season ticket holders after they reached that milestone this week.

They cannot, however, afford to be over-confident and I think they’d settle for any sort of win - 1-0 would do!” 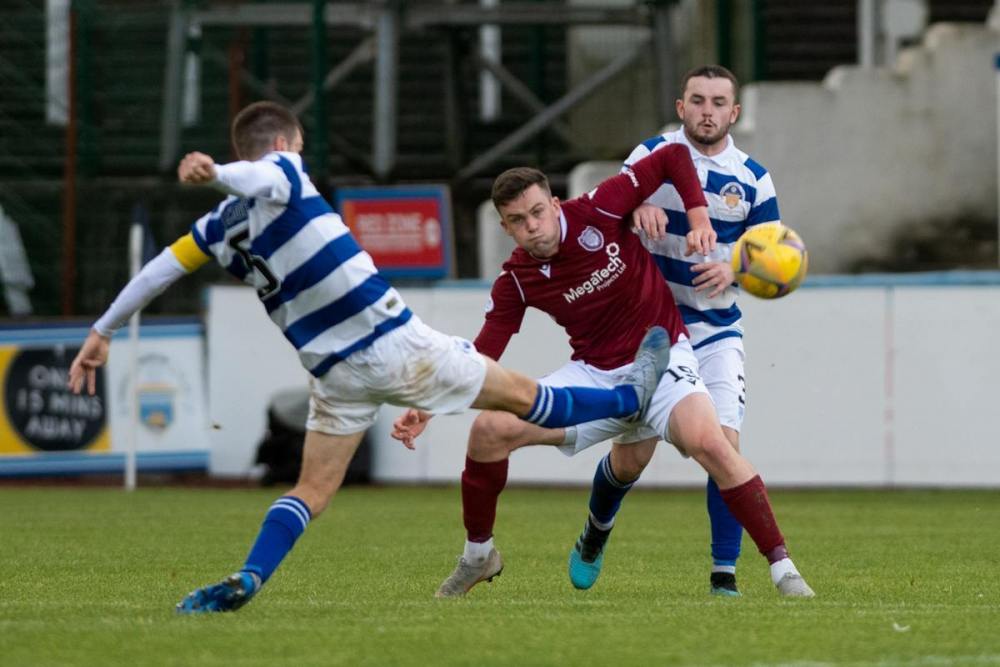 All odds are supplied by McBookie. All odds correct as of 8am on 17th December 2021 and are subject to change. Please only bet within your means and visit BeGambleAware if you are struggling.

Our hosts are understandably the clear favourites going into the game at 4/6, with Morton priced at 15/4 and the draw at 5/2. Those that aren't feeling particularly confident, given our defensive shenanigans of a week ago can back Arbroath to score over 2.5 goals at 3/1, and if you're looking for a Christmas miracle, Morton to win to nil comes in at 13/2.