Morton return to Fife for the second away trip in succession, this time facing a tougher task in the form of Raith Rovers. John McGlynn’s side sit second in the Championship, three points behind league leaders Kilmarnock. The Kirkcaldy side are undefeated in six league outings and will look to compound the misery inflicted upon Morton by the aforementioned Kilmarnock last week.

Question marks remain over the fitness of veteran defender Brian McLean, who was removed from proceedings early against Dunfermline a fortnight ago. Morton welcome back loanees Oisin McEntee and Jaakko Oksanen, having both served their respective nations’ U21s squads this week. McEntee did not feature for Ireland U21s for the second international break in succession, with Oksanen playing just over an hour in a 3-1 defeat to rivals Norway. 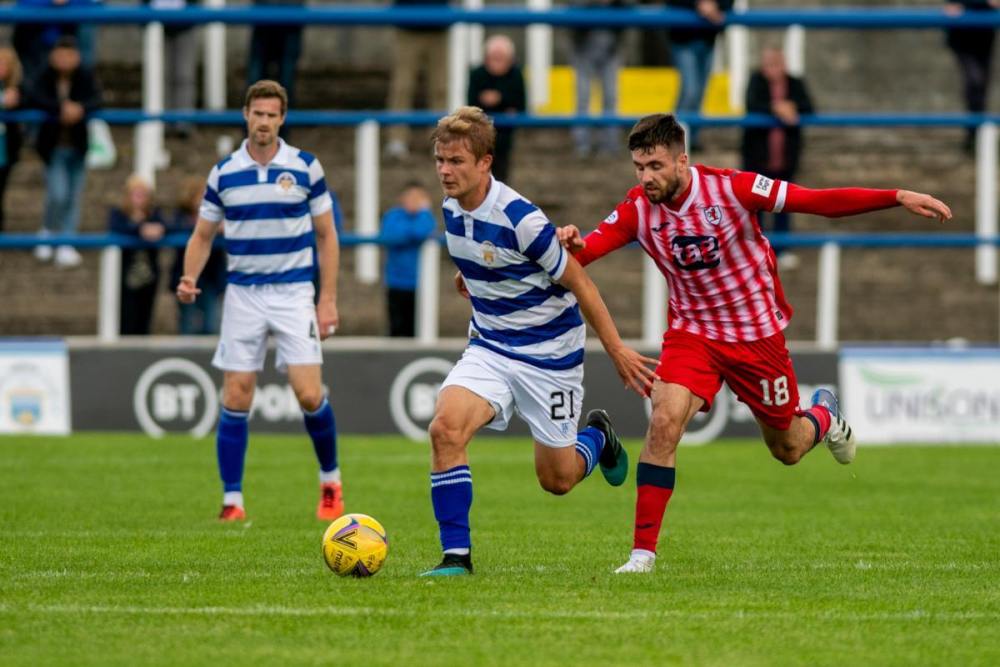 Morton’s assistant manager Andy Millen spent a season in Kirkcaldy as a player in 1997, making eighteen league appearances. David McGurn is the most obvious link between The Ton and our Fife counterparts. He joined Morton in 2002 as a youth from Hillwood Boys Club. After being promoted to the first team, he spent the entirety of 2003-04 deputising to Craig Coyle, who also played for Raith Rovers. After one hundred appearances over four seasons in the first team, he left to join then part-time Raith Rovers to enhance his career prospects out-with football. After seven seasons between the sticks, he had spells with Stranraer and Cowdenbeath before returning to Kirkcaldy in 2019 as a player/goalkeeping coach.

Morton welcomed Raith Rovers to Cappielow on Matchday Six of this season’s Championship. Raith Rovers imposed themselves on the game in the first half and gained their reward in the last ten minutes of the half. A raking ball from Ethon Varian was met by livewire midfielder Dario Zanatta, who placed the ball past Jack Hamilton to give his side the lead. Raith were content to sit back in the second period and allow the home side to try and break them down. Despite having most of the ball in the second period, Jamie MacDonald had precious little to do as Raith left Greenock with all three points. 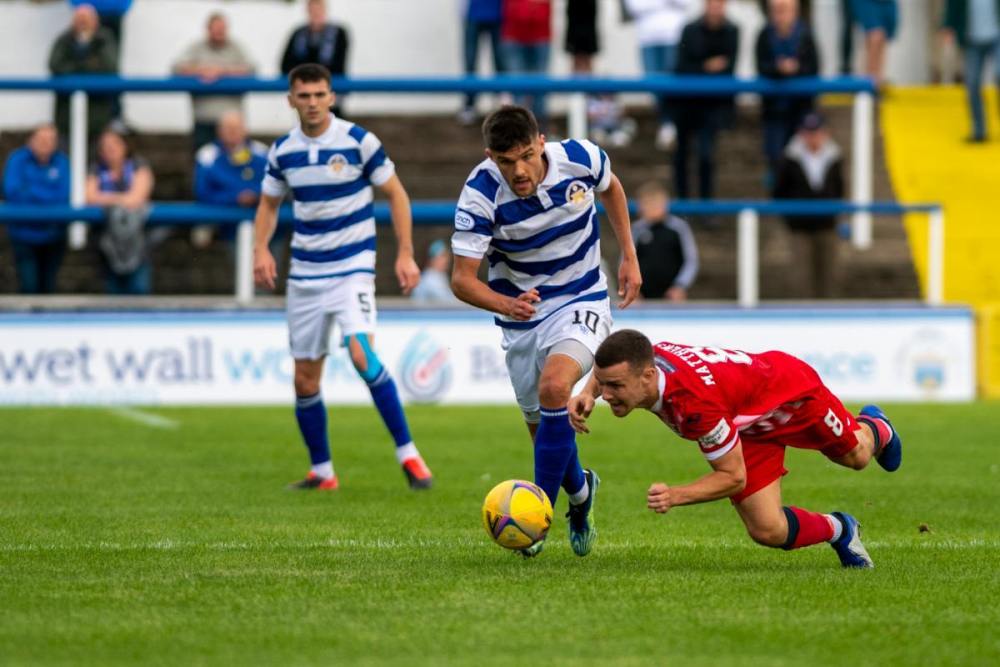 Raith, who currently sit second top of the league, have scored 24 league goals this term (1.71 per 90 mins). Despite their impressive attacking record, Raith home only taken the 6th highest number of shots this season with 132 (9.43 per 90 mins). The Fife side have looked to Dario Zanatta, who separated the sides at Cappielow earlier in the season, to provide the cutting edge this season. The Canadian has six goals and four assists to his name so far this term in fourteen league appearances for the Kirkcaldy side.

Raith have shown the physical side of their game this season. As well as committing 151 fouls this term (10.79 per 90 mins), both Brad Spencer and Ethon Varian sit top of the Championship’s cautions charts, with five yellow cards apiece.

I spoke to Shaughan McGuigan (@ShaughanM), a panellist on BBC Scotland’s ‘A View From The Terrace’, who spoke of the positive feeling around Raith Rovers at the moment - “This season has been going far better than most Rovers fans anticipated, and I think it's fair to say that we all have a good feeling about the team.

Ten games unbeaten, playing football that's pleasing on the eye, and only three points off the top, I don't think anyone envisioned that when Regan Hendry left for Forrest Green and Lewis Vaughan picked up a season ending injury.

It all comes down to John McGlynn, and I don't think there's very many other clubs in Scotland where there's such an affinity between club, fans and manager.

Suffice to say, there were some fans who weren't overly keen on him being appointed again back in September 2018, but his tenure has been a complete success, despite his success, you'd struggle to see him moving anywhere else.

In terms of who has impressed this season, Christophe Berra has brought a solidity to the back four that was missing last term, while further forward, Ethon Ross has been excellent in the number ten role behind Ethon Varian.

I do think that our shallow squad may be our undoing, and you'd imagine Kilmarnock and Partick Thistle may be able to strengthen their squads come January, while we'll potentially lose Dylan Tait, who will be heading to Hibs, but if we can stay in touch, and can push the boat out in the window, then who knows, maybe we can be in the top tier for the first time since the mid-nineties!” 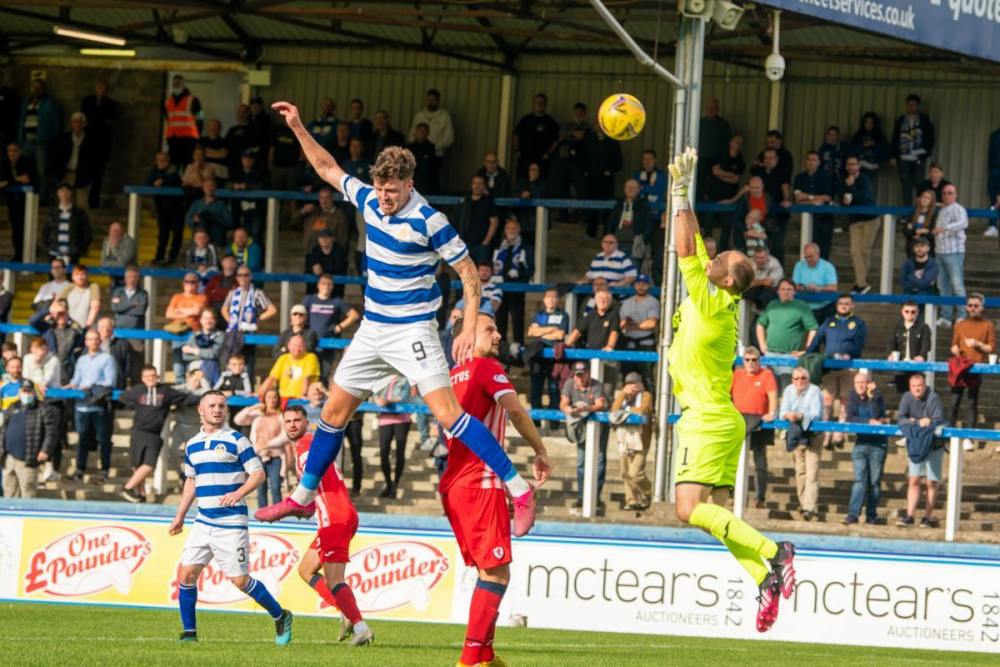 All odds provided by McBookie. Odds are correct as of 6am on 18th November 2021 and are subject to change. Please only bet within your means and visit BeGambleAware if you are struggling.

John McGlynn’s side head into Saturday’s match as favourites at 4/6. Raith to win and BTTS prices at 31/10, with 8/5 your reward if you back the home side to win without reply. If you fancy the home side to record a comfortable victory you can back a -1 handicap at 21/10.

The draw prices at 5/2, with 8/1 chalked up for a 0-0 stalemate. Morton head into this match as outsiders, with their price of 15/4 underlining the task facing Gus MacPherson’s side. Morton to repeat their last trip to Fife and win with BTTS prices at 17/2, with Morton to win without Jack Hamilton being breached pricing at 13/2. If you fancy the away side to record a comfortable win in Kirkcaldy, you can back a -1 handicap at 12/1.