Sinclair Street plays host to a content that could have ramifications at both ends of the Championship table. League leaders Kilmarnock visit Cappielow on Saturday, looking to extend their one point advantage over second-placed Inverness, as Tommy Wright’s side look to return to Scotland’s top tier at the first time of asking. Looking towards the other end of the table, Morton will be looking to extend the gap between themselves and the bottom two of Queen of the South and Dunfermline. Gus MacPherson’s side climbed out of the relegation places for the first time since Matchday 8 last Saturday, following their impressive 3-1 victory at East End Park.

Question marks remain over the fitness of Brian McLean, who was substituted early against Dunfermline. Jaakko Oksanen and Oisin McEntee are both unavailable to face the league leaders, having been called up to the Finland U21s and Ireland U21s squads respectively. 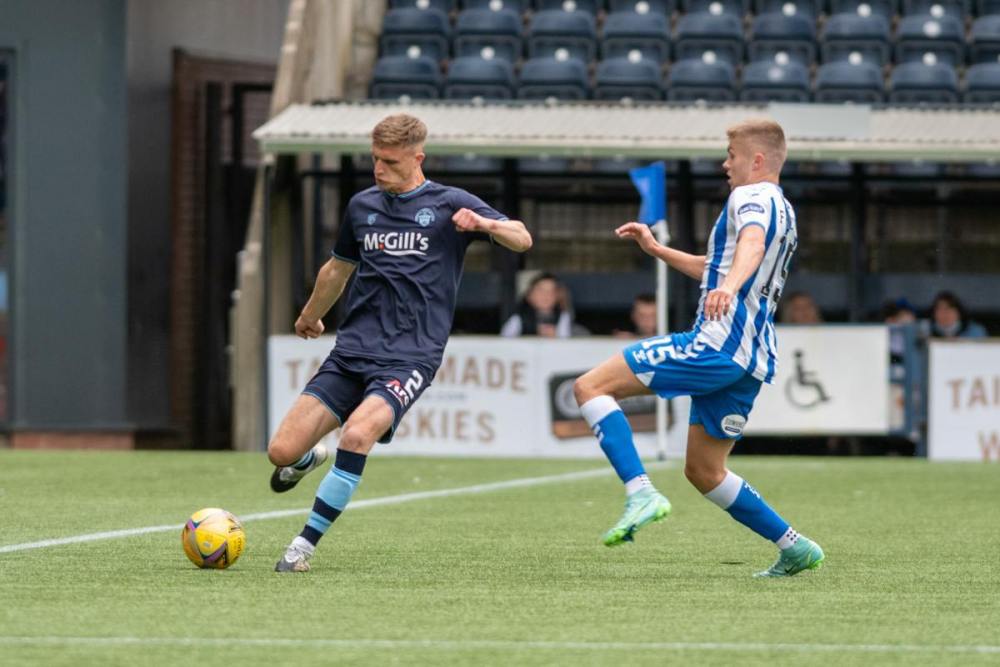 While nobody in the current Morton squad have ever played for Kilmarnock, both Gus MacPherson and Andy Millen have turned out for the Ayrshire side. Millen made 57 league appearances for the Ayrshire side between 1993-95, earning a Scotland B cap against Wales B for his endeavours. Gus MacPherson joined Killie in 1991, having failed to make the grade as a Rangers as a youth player. He spent a decade in Ayrshire as a mainstay in their squad, making 354 league appearances for the club. The crowning achievement of his time with Killie was lifting the Scottish Cup in 1997, beating Morton 5-2 in the Quarter Finals.

Robbie Muirhead came through the Kilmarnock youth system. Muirhead, who was born in Irvine, graduated to the first team set-up at Rugby Park in 2013. Former Morton manager Kenny Shiels gave Muirhead his professional debut for Kilmarnock in a 3-1 loss to St Mirren. This turned out to be Shiels’ last match as Kilmarnock boss. Muirhead remained in the Ayrshire side’s first team until January 2015, when he moved to Dundee United. He scored four goals in forty-two league appearances in his time at Kilmarnock.

Jason Naismith signed for Kilmarnock in the summer after his release from Premiership side Ross County. Naismith spent six months on loan at Morton in 2012 from parent club St Mirren, marking the first time in history that a player had been loaned between the two rival clubs. After making only seven appearances for The Ton, he returned to Paisley before being sent on loan to Cowdenbeath to complete the season.

Stephen McGinn spent the tail end of last season on loan at Sinclair Street. Gus MacPherson utilised the positive relationship he had with the player and convinced him from Hibernian. Debuting away to Dunfermline, McGinn went on to make eight league appearances, including both legs of the playoff final victory against Airdrieonians.

Kilmarnock controlled large parts of the match, dominating in possession and territory, but struggled to find a way past the stubborn Morton defence. Tommy Wright’s side stuck to their task, retaining the ball and making The Ton defend for large spells of the match. The home side made the breakthrough in the 75th minute, with a deep cross from Kilmarnock left back Brandon Haunstrup being riled into the roof of the net by Rory McKenzie, who had escaped the attentions of Lewis Strapp at the back post. Despite having a few flashes across goal and a couple of chances on the counter attack, few in the Morton ranks could argue that they deserved to take something from the match.

Morton’s ill-fated League Cup campaign this season featured a trip to Rugby Park. Morton opened the scoring in the sixteenth minute as teenager Lewis McGregor cut inside onto his right foot and curled the ball into the far corner from the edge of the box, grasping his first-team opportunity with both hands. Morton tired late on, with former Morton loanee Jason Naismith’s delivery into the box being pushed towards Kyle Connell who equalised in the first minute of injury time. Tommy Wright’s side went on to win on penalties and progress from the group.

Morton’s last win against Kilmarnock came once again in the League Cup, this time in Morton’s successful 2016/17 season. Gary Oliver and Jai Quitongo goals sealed an excellent win for Jim Duffy’s side en route to a League Cup Semi Final appearance for the first time in thirty-five years. You can read our ‘Where Are They Now?’ article for the 2016/17 semi-final squad here. 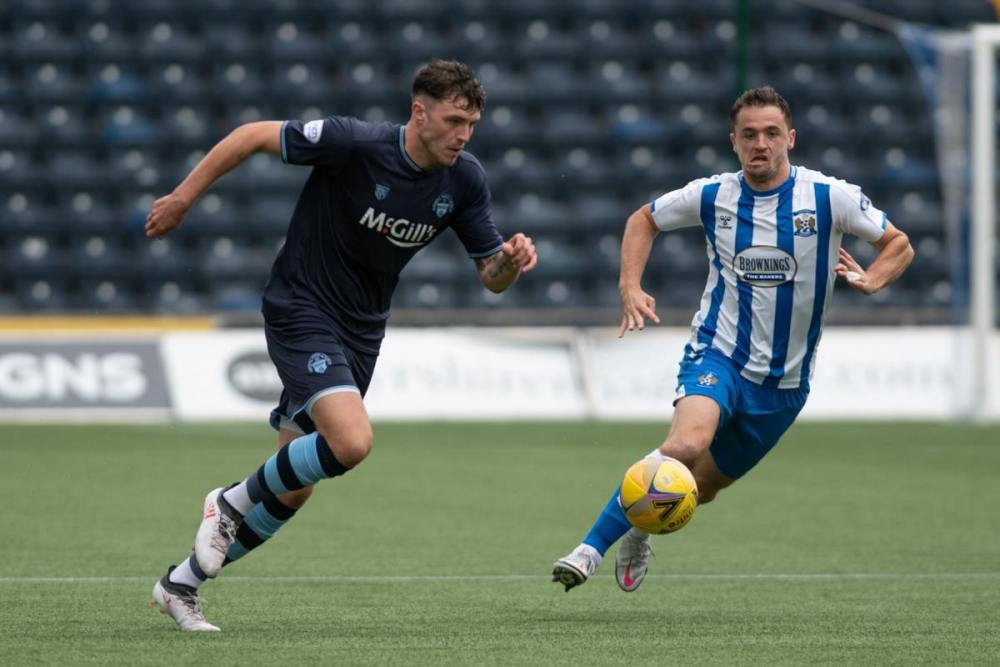 I spoke to Kilmarnock fan Pete McCormick ahead of Saturday's game:

"Since our last game against Greenock Morton on September 11th, Kilmarnock FC have only lost 2 games, both of which came at home. One, a very deserved loss to Raith Rovers and the other a very deserved loss to Partick Thistle in our most recent match. Killie are currently doing a nice line in playing absolutely shite and managing to stay top of the league, which is baffling and frustrating, but perhaps speaks to the strength (or otherwise) of this division.

What to expect (when you're expecting (to play Killie)): A fairly mundane 4-4-2, pretty pedestrian football and a lack of imagination. And we'll probably win, somehow. Though no-one knows why. The teams who've beaten us in the league this season (Inverness, Raith and Partick respectively), have stopped us from playing, or have played their own game, simply taking advantage of our fairly mundane style (or lack thereof).

We're fairly solid for the most part and have 2 strikers (Hendry and Shaw) who can score and will carry our main threat. Armstrong will be expected to create from the wide areas and provide an outlet. The full backs are a key area where teams can hurt us and I assume Morton will try and exploit that. The addition of the sorely needed forwards has probably kept us in the upper echelons of the league and I'd expect them to be the difference here."

Odds are provided by McBookie. Odds are correct as of 6am on 11th November 2021 and is subject to change.

Despite home advantage, and their impressive victory last week against Dunfermline, Morton head into this as the outsiders, priced at 13/5 to win. The Ton are 13/2 to win with BTTS and 5/1 to win without Jack Hamilton’s net being breached. If you fancy Morton to repeat last week’s result and win with a -1 handicap, you can back this at 9/1.

The draw prices at 21/10, with 7/1 offered for a 0-0 stalemate. The Ayrshire side are even money (1/1) to win in ninety minutes. The league leaders are 7/2 to win with BTTS and 9/4 to win without The Ton finding the net. If you fancy Killie to improve upon their previous result against Morton, and win with a -1 handicap, 3/1 is your reward. 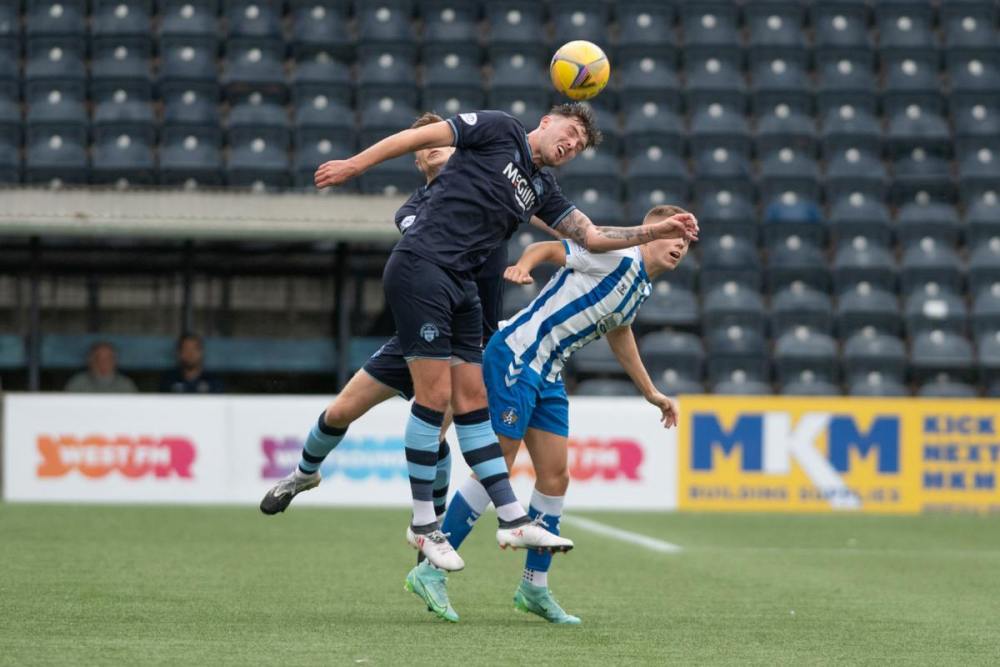