Morton and Dunfermline have chosen two different paths this week as they aim to climb out of the Championship relegation slots. Morton, now without a win in ten league outings following last weekend’s 1-1 draw against Hamilton, have chosen to allow Gus MacPherson to remain in the Cappielow dugout, a sentiment not matched by their Fife counterparts. The Pars board relieved manager Peter Grant of his duties this week, with former Scotland international Steven Whittaker tasked with taking charge of first team matters until a replacement is found.

Whilst the Fife side will hope to see a reaction from their management change, the powers that be at Sinclair Street will hope that their patience is rewarded. Despite loud and repeated ‘time to go’ chants from the Cowshed last week, Morton have chosen to retain the services of their current management team, and the new club board will hope that a win away to their fellow strugglers can kickstart The Ton’s season. 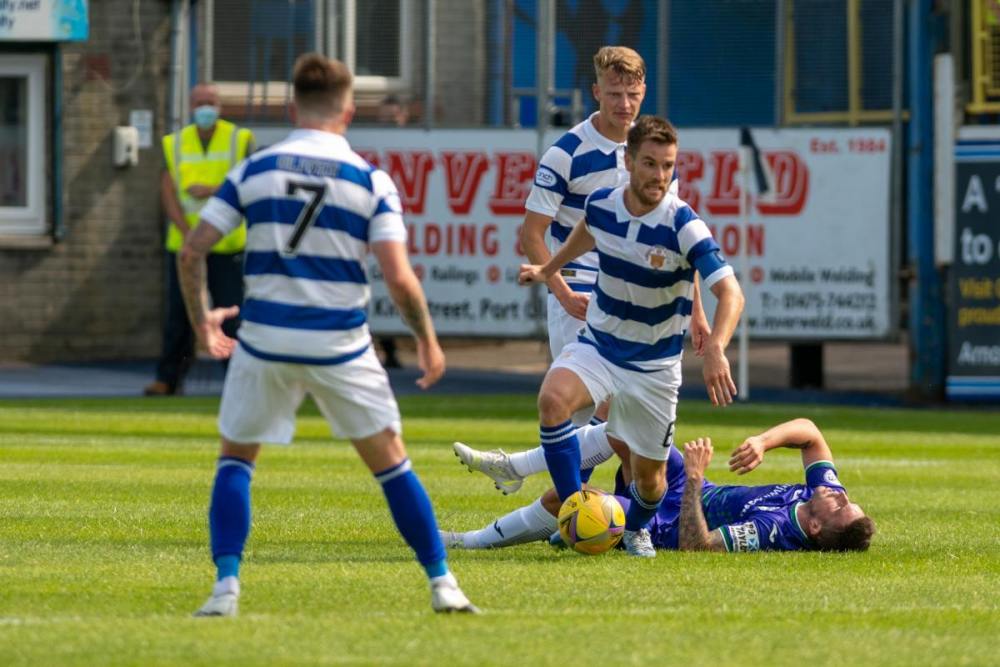 Nobody in the current Dunfermline squad has ever plied their trade in Greenock, with former Morton and Dunfermline striker Declan McManus departing the Scottish Championship in the summer to join Welsh outfit TNS. Morton manager Gus MacPherson spent two seasons at East End Park at the tail end of his playing career between 2001-03, before leaving to assume a player/assistant manager role at St Mirren. Gozie Ugwu spent the first half of the 2014/15 season at Dunfermline. The striker enjoyed an excellent strike rate, finding the net on seven occasions in his fourteen League One appearances. He then moved to the English third tier to join Yeovil Town to complete the season.

Morton and Dunfermline shared the spoils in the opening league match of the season at Cappielow. Morton took a first half lead from the spot in the twenty-third minute after Pars goalkeeper Ross Graham was adjudged to have fouled striker Gozie Ugwu in challenging for a high ball. Striker Gary Oliver remained cool and slotted the ball past the goalkeeper to give The Ton a 1-0 lead at half time.

Dunfermline fought their way back into the match in the second period, drawing level five minutes after the restart. A Josh Edwards drive was parried away by Jack Hamilton, with his save cannoning off the chest of full-back Lewis Strapp and into the path of Nikolai Todorov, who made no mistake from short range. Kevin O’Hara looked to have secured all three points for the away side, smashing the ball home after a corner into the box caused a ‘stramash’. Youngster Lewis McGrattan managed to snatch a point for the home side, as his cross-come-shot took a deflection before sneaking in at the back post. 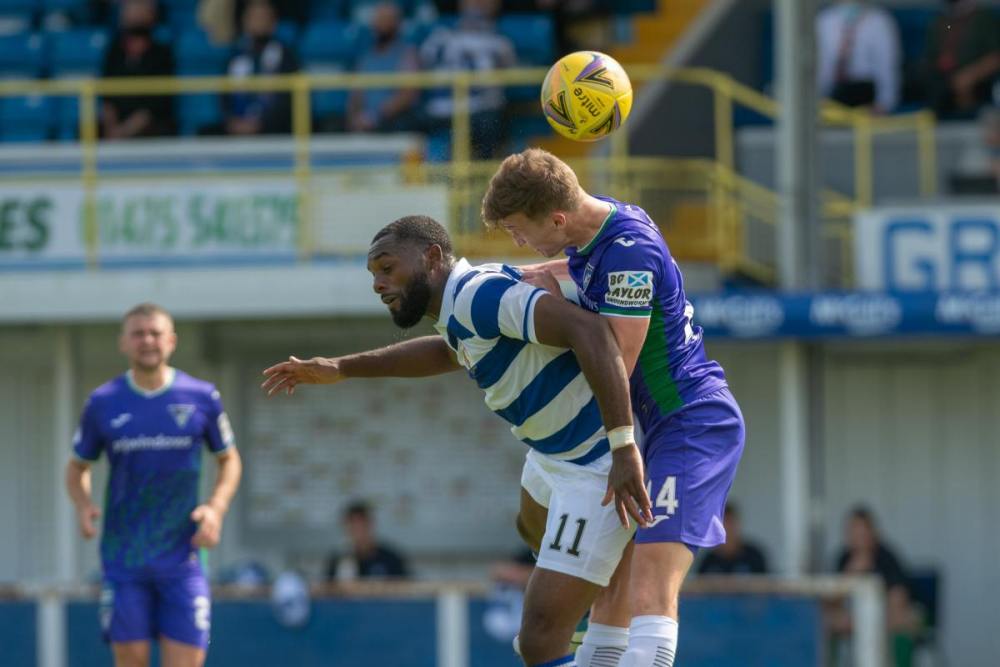 The Pars have struggled to live up to their pre-season billing, with many in the Championship expecting the Fife side to be challenging at the opposite end of the table. The form book would suggest that Saturday’s showdown will be a low scoring affair, with Dunfermline and Morton 9th and 10th in the goals tally this term, with 9 and 8 goals respectively. Dunfermline have also struggled defensively this term, conceding 20 goals (1.67 per 90 mins) compared to Morton’s record of 15 goals conceded (1.25 per 90 mins).

I spoke with Dunfermline fan Dennis Hamilton ahead of tomorrow’s match, who spoke of the atmosphere around the club following Peter Grant’s departure – “It’s fair to say this has been a disaster of a season for us. No wins, few goals, and so far, we’ve had no ideas. We’ve been dreadful this season, and Grant should’ve been sacked long before now. Hopefully we can get a decent manager in who can pull us out of the mire, with the squad we have, any capable manager should be able to.

There’s been talk of Kenny Miller, but I think we need a manager with experience to rally the troops. I’m hearing rumours of John Robertson being appointed, which could be a good shout, but my pick would be Yogi Hughes. Our club has become a bit of a laughing stock of late, but the abuse of our chairman Ross McArthur is utterly disgraceful. The man put his time and money into the club for nothing in return, and to see him being treated the way he has been by some of our “fans” is gutting.

Turning attention to on the pitch, there’s not really much I can say other than we need to win and we need to start picking up points. From being optimistic about our chances at the start of the season, I’d be happy just to not be in the relegation playoffs. I know you guys are in a bit of position as well, I saw the tweet from one of your fans ‘Two wins in 19 games of football, still not bottom of the league. Peter Grant, thank you’. Sums up our season so far.” 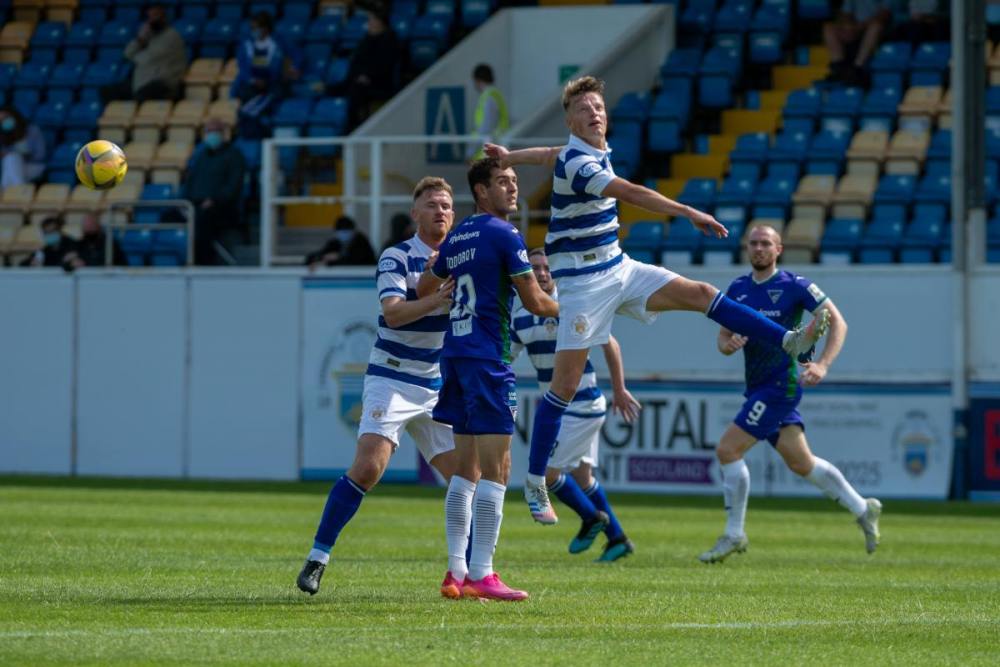 All odds are provided by McBookie. Odds are correct as of 6am on 4th November 2021 and are subject to change. Please only bet within your means and contact BeGambleAware if you are struggling.

Dunfermline are the bookies’ favourite for this match, with their league placement resulting in odds of even money to win. The Pars to win and BTTS is 7/2, with 23/10 your reward if you back Dunfermline to win whilst Morton continue to struggle in front of goal. If you fancy the home side to record a comfortable win, you can back them on a -1 handicap at 16/5.

The Championship’s bottom pairing to share the spoils is 9/4, with 8/1 priced for a 0-0 stalemate. Morton are outsiders, with Gus MacPherson’s side 12/5 to win on Saturday. BTTS and Morton to win prices at 6/1, with Morton 9/2 to win without reply. Morton to record a comfortable win and win with a -1 handicap chalked at 15/2.