Gus MacPherson heads into Saturday’s crunch match against Hamilton knowing that anything other than three points will see his side going ten league matches without a win. Morton’s midweek goalless draw against Partick Thistle, coupled with an 88th minute Raith equaliser in the Fife derby, spared the Sinclair Street side from becoming the Championship’s basement side after the midweek round of fixtures. With Morton’s defensive record improving in recent weeks, recording clean sheets against Ayr, Montrose, Queen of the South and Partick Thistle, the onus is now on The Ton’s misfiring strike force to drag them to a much-needed league win and away from relegation danger. 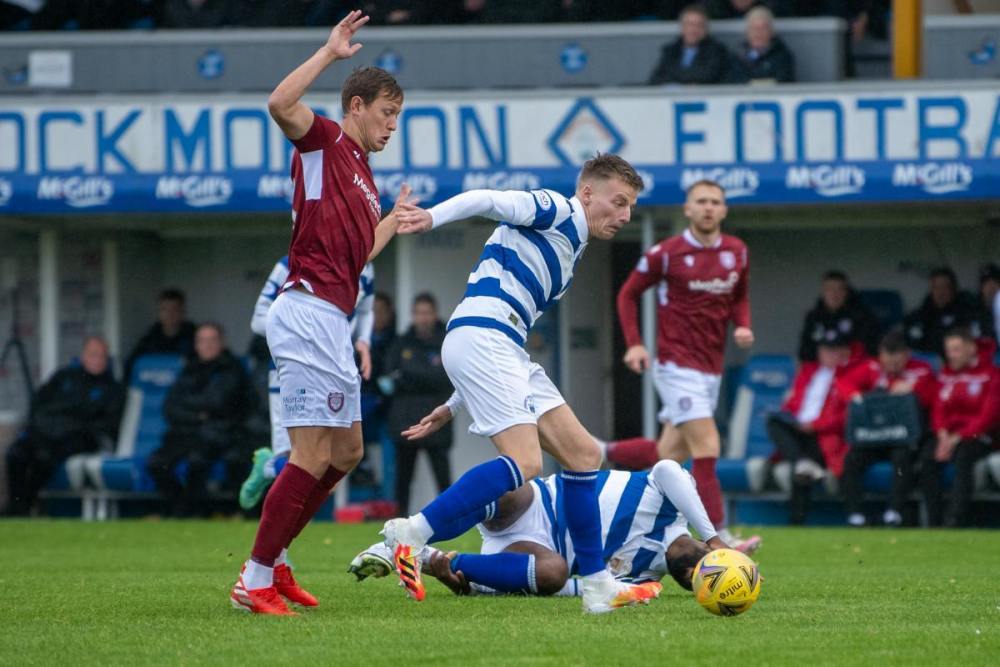 Loanee defender Oisin McEntee faces a race against time if he is to be fit for Saturday’s match. He was substituted in the first half of Tuesday night’s 0-0 draw against Partick Thistle with a shoulder injury. Question marks remain over the fitness of powerful forward Gozie Ugwu, who has still not recovered from the knock he picked up early in the season. Morton will again head into this match with only one fit goalkeeper, with no replacement signed for the outgoing Chris Wylie.

Nobody in the Morton squad has ever turned out for the Accies, and vice versa, so instead we will discuss the most notable link between the two sides in recent years, Sir Douglas of Imrie. Imrie is considered a Hamilton legend and a notable fans’ favourite at Cappielow after scoring THAT goal at Parkhead.

Imrie spent two spells at Hamilton across his career. Imrie joined Accies 1st February 2010 from Inverness Caledonian Thistle for a fee of £25,000, debuting five days later in a Lanarkshire Derby against Motherwell. Two years later, again during the January window, Imrie moved to Paisley as St Mirren looked to stave off relegation, with a fee of £35,000 required to facilitate the transfer. In his final season, Imrie did not feature as often as he had expected and at the end of the 2012/13 season, his contract was mutually terminated.

After a short trial spell, Allan Moore secured the winger’s signature on a one-year deal as The Ton looked to improve upon their second-place finish in the 2012/13 First Division. Despite an admirable season from Imrie, with nine goals in thirty-three league appearances, Morton finished bottom of the table. Imrie would then re-join Hamilton Accies after their playoff final victory against Hibs clinched their Premiership promotion. Imrie is now at Livingston, serving as a first team coach and head of their youth academy. 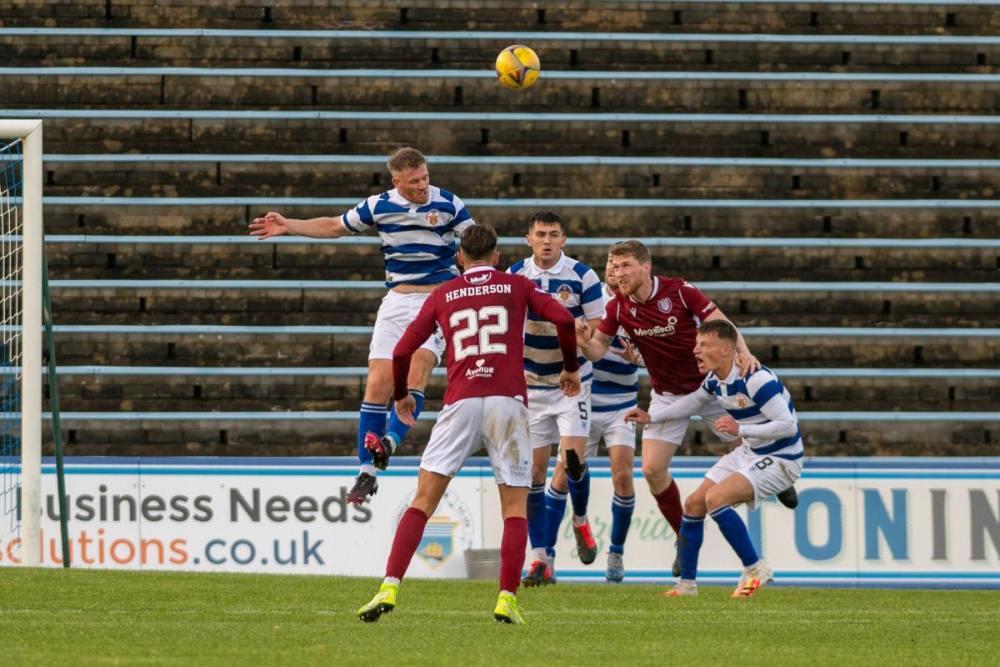 Morton recorded their only league victory of the campaign thus far at New Douglas Park on Matchday Two. Hamilton started the brighter of the two sides but struggled to test goalkeeper Jack Hamilton. With the first half winding down, Cammy Blues received the ball in midfield and sprayed a well-executed half volley pass into the right-hand channel for Gozie Ugwu to chase. The powerful forward raced towards the Hamilton penalty area before firing an angled drive into the far corner of Ryan Fulton’s net to shock the home side.

The second period again saw Hamilton dominate possession and territory, but could only manage wishful long-range shots, with none causing Jack Hamilton any major concern. Provider Cammy Blues ended up having an early bath after picking up a second booking in the 89th minute, however Accies could not make their numerical advantage count in the final stages as Morton held on for victory against the former top-flight side.

It is safe to say that Hamilton have struggled to adjust to life in the second tier. Sacking manager Brian Rice after only the second league match of the season, the aforementioned home defeat in the hands of Morton, the Lanarkshire side have continued to stutter under new manager Stuart Taylor. Andy Ryan has provided the main firepower for Accies, with four league goals so far this term. Whilst the Lanarkshire have averaged exactly one goal per game so far this term, they have conceded the most goals in the league with 23 (2.09 per 90 mins) and find themselves sitting in seventh place, eight points behind league leaders Kilmarnock. 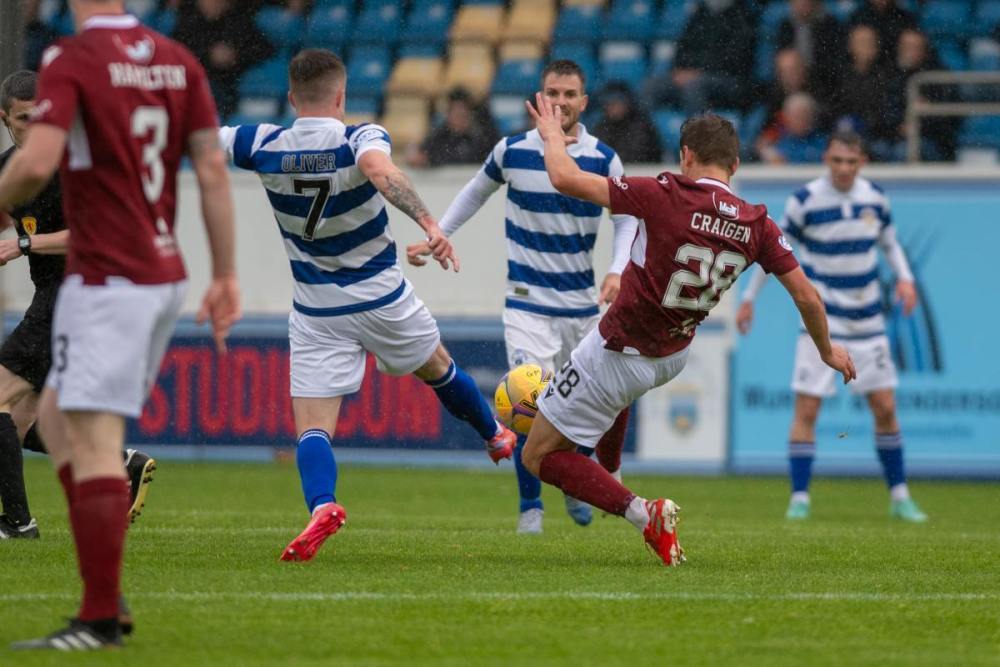 All odds are provided by McBookie. Odds are correct as of 6am on 28th October 2021 and are subject to change. Please only bet within your means and visit BeGambleAware if you are struggling.

The Greenock men head into this crunch match as outsiders at 9/5. Morton to win and BTTS chalks up at 19/4, with The Ton to win without reply 15/4. If you fancy Morton to score two or more goals for only the fourth time this year, you can back them on a -1 handicap at 11/2.

The draw prices at 21/10, with 8/1 the price for a 0-0 stalemate. The Lanarkshire side are the bookies favourites at 7/5 to leave Inverclyde with all three points. Hamilton to win and BTTS prices at 4/1, with 31/10 the price on Accies to win without reply. If you fancy Hamilton to compound Morton’s misery you can back them on a -1 handicap at 4/1.