Morton will play under the Cappielow lights for the first time this season as they seek their first league win in nine matches. Gus MacPherson rung the changes for Saturday’s stalemate at Palmerston on Saturday, shifting to a 4-1-4-1 from the 3-4-1-2 he utilised early in the season. The Maryhill side have carried on their positive momentum upon their promotion back to the second tier and will hope a win will propel them closer towards league leaders Inverness. Morton, who find their focus at the opposite end of the table, will look to distance themselves from bottom side Dunfermline.

Gozie Ugwu looks set to miss this match, having failed to make the matchday squad on Saturday. Morton will again head into this match with only one senior goalkeeper following Chris Wylie’s departure. 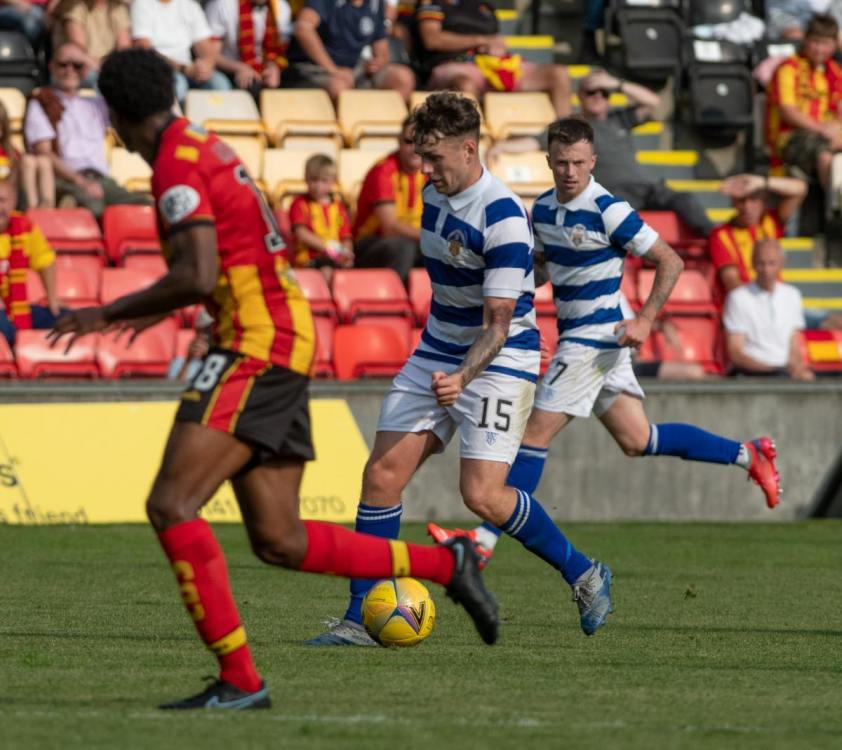 Nobody in the current Morton ranks has ever turned out for Partick. Ross MacIver joined Morton on loan at the beginning of the 2020/21 season, with manager David Hopkin gathering an overwhelming surfeit of wide and attacking options in his squad. MacIver made six league appearances in an ill-fated Championship campaign before being recalled by Motherwell in the January window. He was then loaned out to then-League One Partick Thistle before signing permanently with the Glasgow club in the summer.

Scott Tiffoney was signed as a youth player after failing to make the grade at St Mirren. The winger was introduced to the side under Jim Duffy, making his debut in the 2016/17 season against Albion Rovers in the opening League Cup match of the season. He would go on to make a number of appearances from the bench that season, including in the League Cup semi-final against Aberdeen. At the end of the 2017/18 season, Tiffoney joined Premiership side Livingston and was immediately loaned back to Morton in lieu of compensation. Tiffoney would then go on to join Ayr United in the January transfer window.

Brian Graham came through the ranks at Morton after signing for the club in 2005 from Hillington. After two seasons without making his mark on the first team, then manager Jim McInally sent Graham on loan to Third Division East Stirling, where he would have a prolific campaign, scoring fifteen league goals in thirty-three appearances. In 2009/10 and 2010/11 he was given the opportunity to lead the line at Cappielow, however he struggled to replicate the form from his loan spell with, scoring nine league goals in fifty appearances across the two campaigns. Graham left the club to join Raith Rovers, who were reported to have offered a longer, more lucrative contract to the forward. Graham would go on to have spells at Dundee United, St Johnstone, Ross County, Hibs, Cheltenham Town and return to Ross County before eventually signing for Partick in 2020.

Partick demolished Morton at Firhill on Matchday 4, running out 3-0 winners on the day. Kevin Holt headed his side ahead in the ninth minute of a first half which Morton were fortunate to only trail by a single goal. The home turn turned the screw early in the second half, with former Falkirk loanee Zak Rudden doubling his side’s lead two minutes into the second half. Less than ten minutes later, Morton academy graduate Brian Graham rounded off a frustratingly comfortable afternoon for the home side. 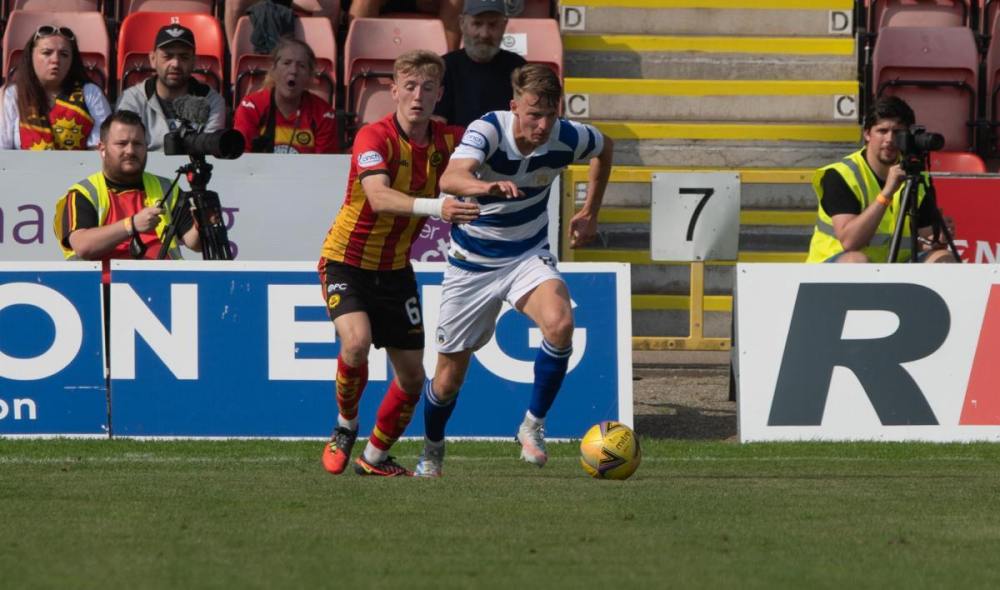 Both sides have conceded 14 goals so far this season (1.4 per 90 mins). The match should be a free-flowing affair, with Morton and Partick sitting 8th and 9th in the number of fouls committed this season, with 97 and 94 fouls this season respectively.

I spoke to sport journalist Blair McNally (@BlairMcNally1), founder of the BSR Sports podcast, ahead of Partick’s visit to Cappielow, who spoke in glowing terms of the Maryhill side’s return to the second tier – “After a last-ditch attempt to salvage promotion amidst a global pandemic, Partick Thistle fans were treated to a season like no other. Similar to Ton fans who watched on from the grassy bank, the Jags faithful took to the Maryhill Canal to take in the 2020/21 season come Sun, rain or snow. Looking unlikely for promotion, Ian McCall took to the transfer market in March 2021 after the collapse in a deal for former Jag, Declan McDaid.

His replacement? Scott Tiffoney. The former Morton winger instantly set the Jags promotion push alight with his aggressive attacking style of play on the left flank. Contributed to by the sudden goalscoring partnership of Rudden and Graham, Thistle’s extraordinary change in fortunes got the better of Falkirk’s demise, finishing eight points ahead of the latter and clinching the League 1 trophy with a 5-0 thumping over the Bairns.

This victory led to scenes many Thistle fans won’t want to forget in a hurry as hundreds of Jags fans took to the streets of Firhill road brandishing flags, scarfs and pyro in the air. Players at the window holding champagne with Jags supporters chanting their name, it’s the stuff dreams are made of.

The 2021 summer transfer window was one of the best in recent years as Manager Ian McCall added quality over quantity. The permanent addition of Scott Tiffoney being the pick of the bunch. The signings of Kevin Holt and Cammy Smith provided some much-needed Championship experience as McCall set his sights on back-to-back promotions with a top 4 play-off finish.

Fast forward to the first day of the season as Thistle kicked off the 2021/22 season with Flag Day at Firhill against Allan Johnston’s Queen of the South. The quality of the league seemed to take the Jags players by surprise as they were no longer up against Bricklayers and Plumbers! After going a goal down in the early stages, Ian McCall worked his magic, changing the shape and demanding from the side-lines leading Thistle to go on to grind out a hard fought 3-2 victory. A 3-0 win at East End Park over Some people’s Championship favourites, Dunfermline, the following week had the Thistle faithful optimistic of a title challenge before a 3-1 defeat to Arbroath brought us crashing back down to earth. Next came the arrival of Morton [I’ll not mention anything to do with 2012/13 ;)]. On the day it was a comfortable 3-0 win as the Jags ran riot against a lacklustre Ton side who failed to trouble Jamie Sneddon in the Thistle goal.

Three defeats on the bounce all but ended our early season Title hope as Inverness, Kilmarnock and Raith Rovers all showed their Championship prestige over the Jags. A sea of 600 Honest men embarked on the streets of Firhill Road as Thistle welcomed many of our sides former team in Ayr United. Little did we know a 4-0 thumping was in the horizon as the Thistle front four were born. Tiffoney, Rudden, Smith and Graham all running riot as the latter grabbed himself a goal he will not forget in a heartbeat via a tremendous solo effort.

A trip to McCall’s hometown of Dumfries was next as Thistle had a night to forget, losing in the Diddy Cup to Queen of the South once again.

It was to be two Friday night fixtures on the bounce as Hamilton played host to the Jags live on BBC Scotland. Little did we know what was to occur in the following 90 minutes. Lined up in our successful 4-4-2 formation published against Ayr, Thistle went into a “must win” according to many as Hamilton grew suffocated at the bottom end of the table. It was to be the perfect start for the 600 strong Jags fans in attendance as Thistle took the lead in the seventh minute. A rocky first half pursued as Hamilton grew into the game, testing Sneddon on a number of occasions. What was to come next, I don’t think any fan could dream about. The front four of Graham, Rudden, Smith and Tiffoney ran a mock with the latter showing why Lionel Messi wears Tiffoney pyjamas to bed. On a serious note, Friday’s showing was something us Thistle fans haven’t seen since 2013 as we put six past the opposition. The pairing of Graham and Rudden is a scary sight with pace, power and remarkable effort levels. Added to with the trickery of Tiffoney and the lethal threat of Cammy Smith, I see no reason why the Jags cannot make it back-to-back promotions this season. 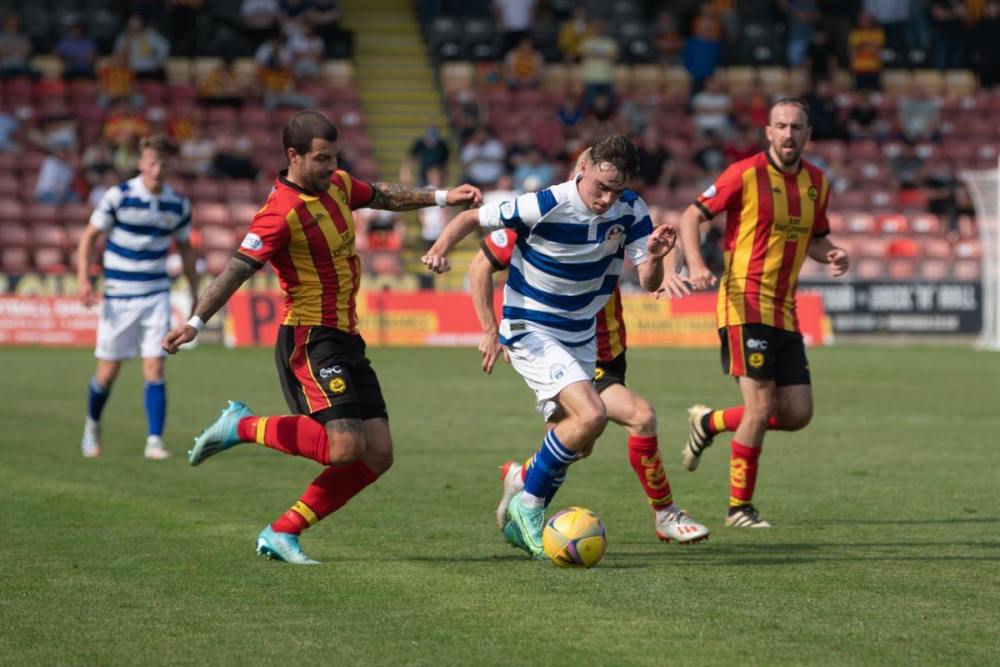 Match odds are providing by McBookie. Please do not gamble more than you can afford and visit BeGambleAware if you are struggling.

Despite being the home team, Morton’s poor form has them priced as outsiders at 23/10 to win. Morton to win and BTTS is 5/1, with identical odds offered on The Ton to win without the away side scoring. If you fancy Morton to record a comfortable victory over Partick, a –1 handicap chalks up at 13/2.