Morton continue to rack up the miles this month, with Saturday’s outing to Palmerston to face Queen of the South the most crucial to date. The Sinclair Street side are now without a win in seven Championship outings, stretching all the way back to 7th August. With The Ton sitting second bottom of the Championship amidst their winless run, the pressure is growing on manager Gus MacPherson. To compound the on-field issues at the club, this week senior players publicly questioned the manager in the media, leaving fans concerned about the apparent disharmony in the Cappielow camp.

A question mark remains over the fitness of Gozie Ugwu. The striker hasn’t featured for The Ton since his late substitute appearance in the 1-0 loss to Kilmarnock on 11th September. Morton will again be required to list only one goalkeeper, with no reinforcements being brought in following Chris Wylie’s departure earlier in the month. 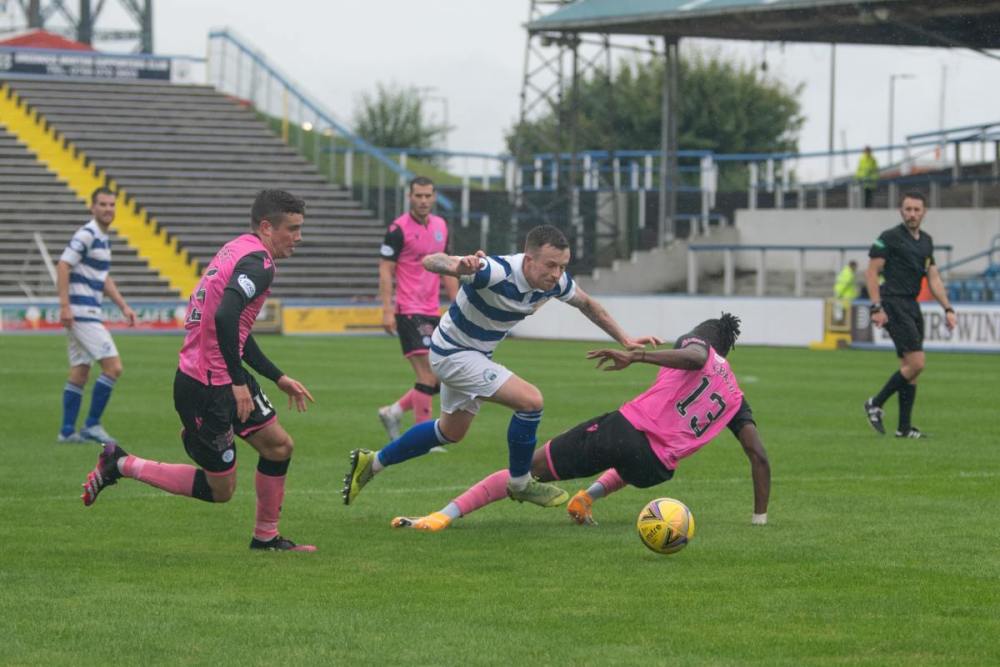 Nobody in the current Queens ranks has played their football in Greenock, however Queens manager Allan Johnson played under Gus MacPherson for a season during his tenure as St Mirren boss.

Loanee striker Gavin Reilly came through the youth ranks at Palmerston, spending five seasons in their first team. Signing his first professional contract ahead of the 2010/11 season, he made his first team debut in July 2010 in a League Cup match against Dumbarton, scoring a debut goal in a 5-1 win. He spent five seasons in the first team set up at Palmerston, making 111 league appearances and scoring 39 goals before moving to Hearts.

Morton’s managerial team, Gus MacPherson and Andy Millen, spent a season in the Dumfries dugout in 2011/12. Their squad featured familiar faces such as Lee Robinson, Alan Reid, Ryan McGuffie, Craig Reid and Scott McLaughlin. They finished bottom of the table and were relegated to the Second Division, with MacPherson and Millen being sacked at the end of the campaign with a win ratio of only 23.81%.

Queen of the South visited Cappielow on matchday three this season, with The Ton looking to follow up on an impressive away win at New Douglas Park the previous week. Willie Gibson received the ball on the right hand side and sailed past Darren Hynes, with Kyle Jacobs’ recovery tackle fouling the experienced midfielder. Ally Roy’s initial effort was saved by Jack Hamilton, however the penalty taker tucked home the rebound to give the away side the lead. 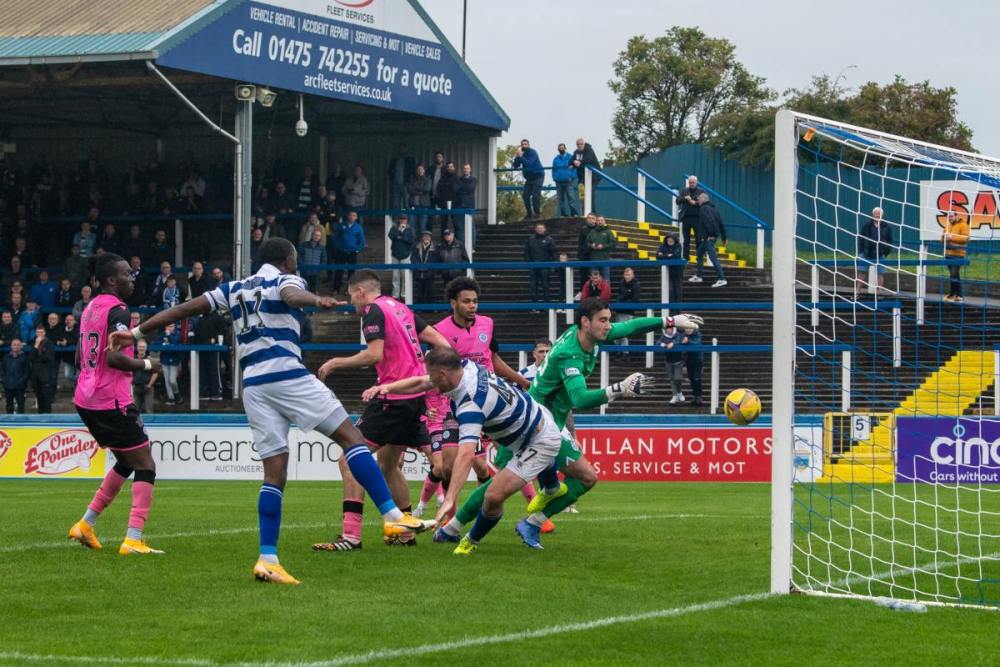 Both Solomon Brynn and Jack Hamilton have been busy goalkeepers with season, facing 3.14 and 3.11 shots per 90 minutes respectively. Both sides have conceded 14 league goals this term (1.56 per 90 mins). According to the stats, this game should be low on bookings, with Morton and Queens ranking 9th and 10th respectively for cautions this season, with both sides averaging just over one yellow card per match.

I spoke to QoSTV commentator Finlay Jack (@Finlay_Jack5) ahead of Saturday’s match, who spoke of Queen’s desire to rid themselves of early season inconsistencies – “It’s been such a frustrating start to the season for us. We could easily be in the Top 4 at the minute but we just aren’t getting that little bit of luck. 8 of our 9 league games have been decided by a single goal, the other a 2-0 loss - we’ve yet to draw which is remarkable.

We’ve lost to three of the better sides in the league (Killie, Partick and Inverness) conceding after the 80th minute which is so, so gutting. 9/27 points isn’t good enough, but it’s a long season and the performance levels have generally been there. In Innes Cameron, Ally Roy, Ruben Soares Junior, Aidan Fitzpatrick and Ruari Paton we know goals are there. Add Lee Connelly into the mix (11 G/A in 13 starts) and we aren’t far away.

On any normal day, against a team in such poor form as Morton, I’d expect a Queens win. Then I remember that there’s always someone on the Morton side that decides to turn into a world beater at Palmerston, be it Quitongo, Cadden or Reece Lyon with a 30 yard volley. I wouldn’t be surprised see someone like Cameron Blues or Jimmy Knowles to turn into Ballon D’Or contenders. I remain ever the optimist though, and I think we’ll maintain our record of closely fought games and grind out a 2-1 victory - Innes Cameron will get off the mark for Queens too.” 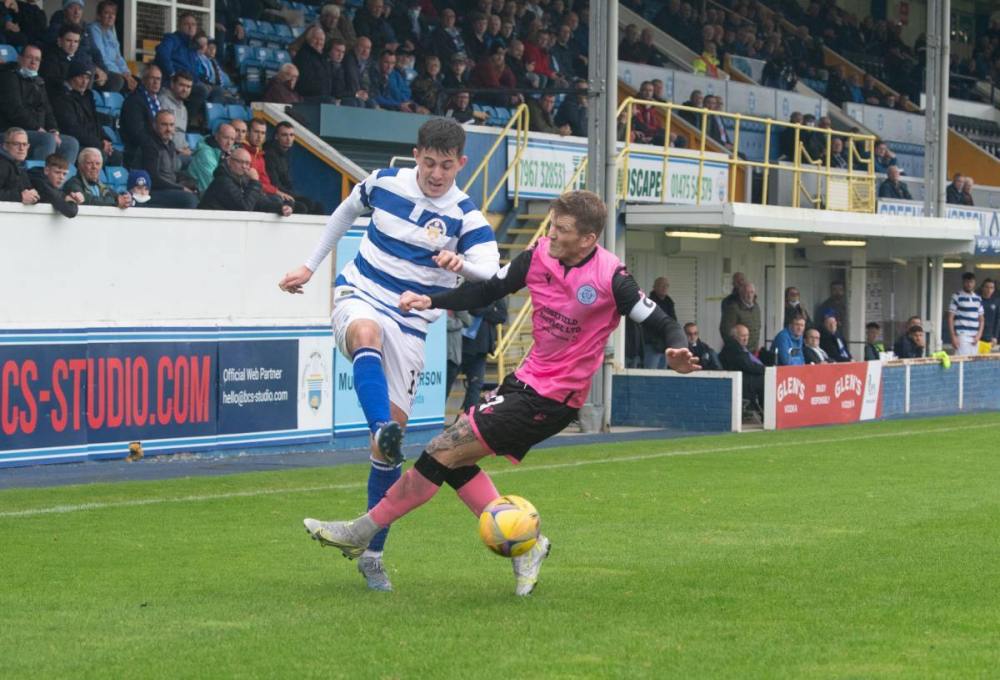 All odds are provided by McBookie. All odds are correct as of 6am on 21st October 2021 and are subject to change. Please only bet within your means and visit BeGambleAware if you are struggling.

Despite having the home advantage, Queens are priced above even money to win this contest, priced at 6/5. The Borders side to win and BTTS chalks up at 7/2, with 14/5 your reward for backing QOTS to win without reply. If you fancy a comfortable home win, Queens on a -1 handicap prices at 7/2.

The draw is 11/5, with a 0-0 stalemate priced at 17/2. Morton to claim three points at a traditionally happy hunting ground for The Ton is 2/1. Morton to win and BTTS is 5/1, with 17/4 being offered for the away side to win without Jack Hamilton’s goal being breached. If you fancy a comfortable away win, you can back Morton on a -1 handicap at 6/1.