At a time where the Cowshed faithful would be forgiven for looking up the table rather than down, Morton will look to leave Dumfries with a victory for the first time this season. Dougie Imrie’s side will take confidence from their last victory over the Championship basement side, coming less than a month ago at Cappielow, as The Ton scored two goals in two minutes to overturn a one goal deficit and claim all three points. The Sinclair Street side currently find themselves sitting in sixth place in the Championship and will be targeting all three points as they look to reel in fifth place Raith Rovers, who aren’t without their troubles to seek. 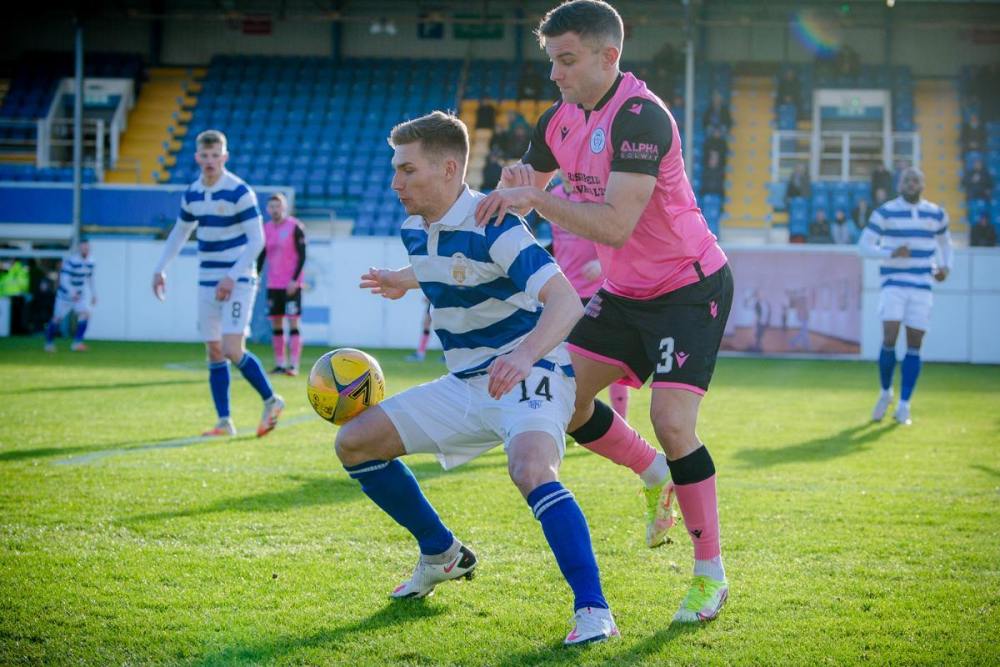 Brian McLean is set to miss Saturday’s trip to Dumfries as he continues to struggle with the hand injury that saw him miss last Saturday’s goalless draw with Arbroath. Morton gaffer Dougie Imrie mentioned previously that the veteran defender may require surgery before we see him back in the blue and white hoops.

There are no ex-Morton players in the Queens' ranks, but plenty ex-Doonhamers on Sinclair Street. Club captain Kyle Jacobs spent four years in Dumfries before making the move to Cappielow three years ago, whilst more recently, Michael Ledger made five appearances for the borders club in the curtailed 2019-20 season having arrived in the January window, before signing for Morton for the following season.  New signing Iain Wilson had a couple of loan spells at Palmerston in his time as a Killie player. Since starting his career at Hearts, Gary Oliver has had two spells at both clubs, and Livingston loanee, and Championship Player of the Month Gavin Reilly started his career in Dumfries. 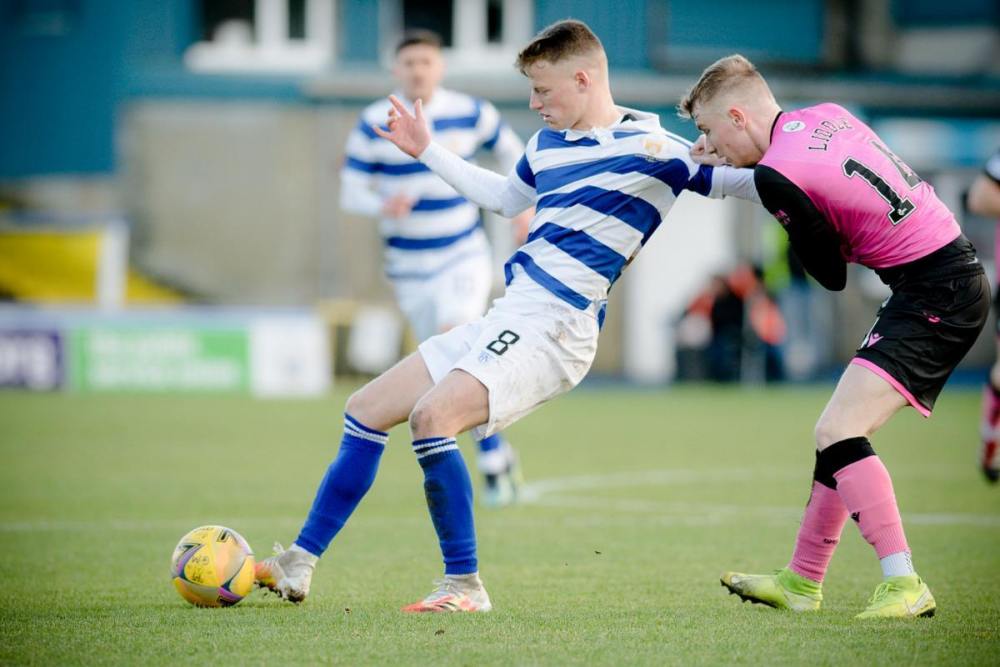 The sides met at Cappielow three weeks ago, as The Ton scored two goals in two minutes to turnaround the scoreline and secure Morton’s first win of the season against the basement side. Until that remarkable result, our record against the Dumfries side had not made for pleasant reading. A 2-3 defeat at Cappielow in August was the first sign that Morton might not be in for a particularly smooth campaign, as our visitors notched their first points of the campaign with a resounding win which in truth flattered Gus MacPherson’s charges on the day. This was followed by an insipid 0-0 draw in Dumfries, only really memorable for Robbie Muirhead's lob unfortunately hitting the bar as both teams had to settle for a share of the spoils. The Greenock side’s last trip to Dumfries was the Challenge Cup Quarter Final at Palmerston in the dying embers of MacPherson’s tenure. Whilst he was to be relieved of his duties after the 2-2 draw with Ayr the following Saturday, Morton's dreadful performance in the 1-2 defeat was perhaps the straw that broke the camel's back, especially with such an angry reaction from the travelling support on the night.

Despite sitting afoot of the Championship table, Queens looked to have resurged under the stewardship of senior player Willie Gibson. Gibson, who replaced Allan Johnston in the dugout on 21st February, appears to have shored up the Doonhamers defence, who have now played three consecutive matches without conceding for the first time this season. Having toppled 8th place Ayr United on Saturday at Somerset Park, a Queens win on Saturday could lift the Dumfries side off the foot of the Championship table.

I spoke to football journalist and QoSTV commentator Finlay Jack (@Finlay_Jack5) ahead of the game, who spoke of the resurgence in his side following Willie Gibson’s appointment in the dugout – “There is a real buzz around Queens right now. I can imagine it’s similar to the feeling Morton had after the first 2-3 weeks of Imrie’s tenure. I don’t think we’ve been playing particularly amazing, there’s definitely more to come from these boys, but the fight, courage and passion shown by them has been the reason we’ve turned a corner.

Playing players in their natural positions, setting up in a defensively astute formation and using pace on the wings. Restoring Aidan Fitzpatrick to the team has been his best decision so far though (in my opinion at least!). We’ve scored twice under Wullie, both scored by Fitzpatrick, his only goals of the season…so far. We’d shipped 14 goals in 6 games this year before he took charge. Since then we’ve conceded 0 in 3, with the same defence at his disposal. He switched from his usual 4-4-1-1 formation to a 3-5-2 on Tuesday and, despite being 1-0 up at HT, it wasn’t really working. He reverted back and we were far more confident, so I’d expect something similar this week. We’ll quite clearly need to be somewhere near our best to get anything on Saturday, such is the form of Morton.

We’re also still last, so I’m trying not to get carried away with a couple of wins, as is the gaffer judging by his interviews, so I’ll be keeping my feet firmly on the ground for the time being and making a recasting prediction. Prediction: Queens 5-0 Morton.” 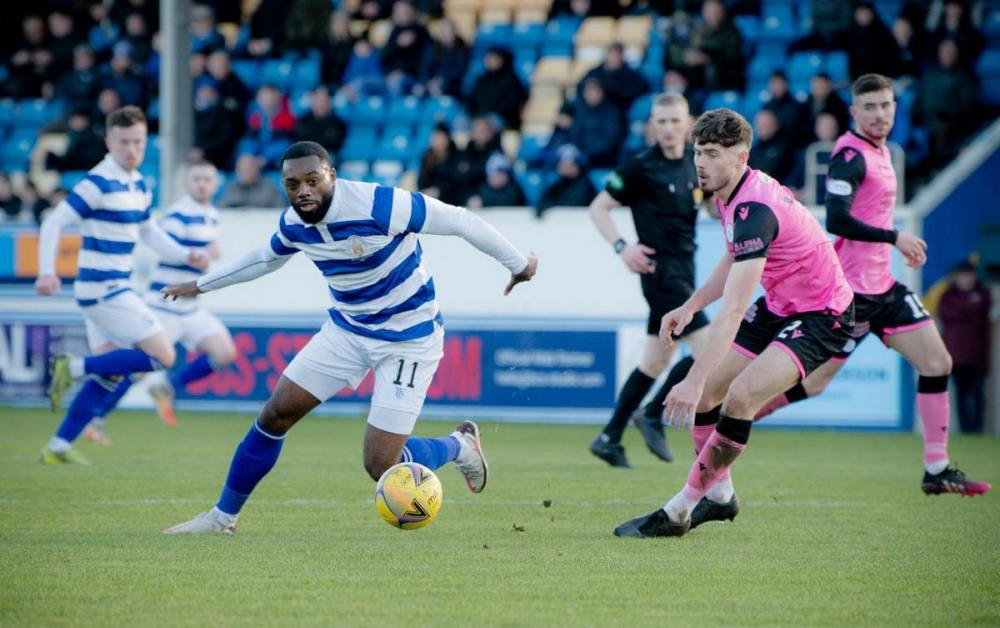 All odds are provided by McBookie. Odds are correct as of 6am on 3rd March 2022 and are subject to change. Please only bet within your means and visit BeGambleAware if you are struggling.

Hosts Queens are caulked as outsiders despite their home advantage at 29/20 to best The Ton. Dougie Imrie’s side are 13/8 to claim their second win of the season over the Dumfries side. Given both sides have improved their rearguard performances of late, 21/10 for both sides not to score could be a wise investment.