The irresistible force faces up to the immovable object on Saturday as the Championship's form team host the league leaders in a match-up which could have all the makings of a thriller- not something that has often been anticipated when these two have met in recent years. With Kilmarnock in hot pursuit by picking up maximum points from their last two games as leaders Arbroath were exiting the Scottish Cup at the hands of Hibernian and subsequently toiling to a goalless draw at bottom dogs, Queen of the South, the Red Lichties can't afford another slip up as they visit a Morton side who may well be beginning to have some more lofty ambitions of their own after Tuesday night's hard-fought win in the Firhill mud.

Those unable to attend the match would be well advised to part with a very reasonable £14 to watch proceedings whilst taking in the views of the Gerry and Andy double-act. Streams can be purchased here. 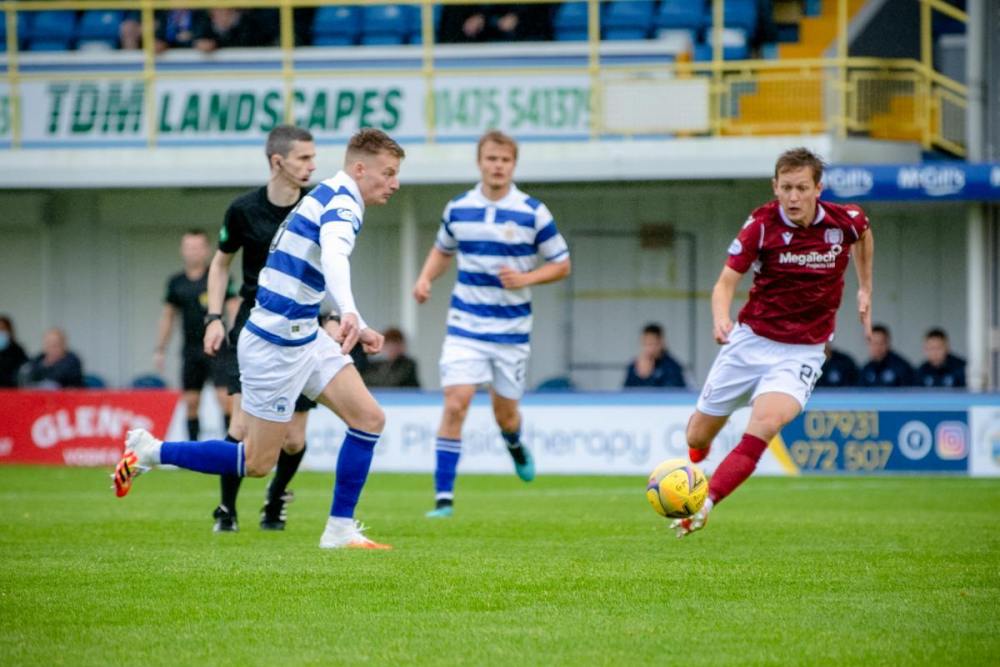 Club captain Kyle Jacobs hasn't been a part of the last couple of squads and could miss out again, whilst it's hoped that Livingston loanee Gavin Reilly can take his place back in the squad after his head knock at Hamilton last week. Reece Lyon, benched on Tuesday will be hoping for a return to the starting line-up after being replaced at New Douglas Park, and joining proceedings late on in Glasgow. Dougie Imrie will serve the third match of his six in the stand following last week's SFA disciplinary hearing, which didn't look favourably on his penchant for a punt during his playing days.

There are no former Arbroath players in Morton's squad, but still a few links in the league leaders' camp. Veteran winger Bobby Linn had a short spell on the Tail O' The Bank in 2007, collecting a Second Division winner's medal along the way, whilst custodian Derek Gaston had a more accomplished time at Cappielow, spending seven years from 2012-19 between the sticks and helping himself to a League One Title along the way. Not so revered was former Celtic loanee Luke Donnelly's brief term at Morton in 2017, which was largely forgettable for both parties. Full back Chris Hamilton is the brother of our own goalkeeper Jack, and midfielder Nicky Low is a familiar face in the Cowshed when his own playing commitments permit. 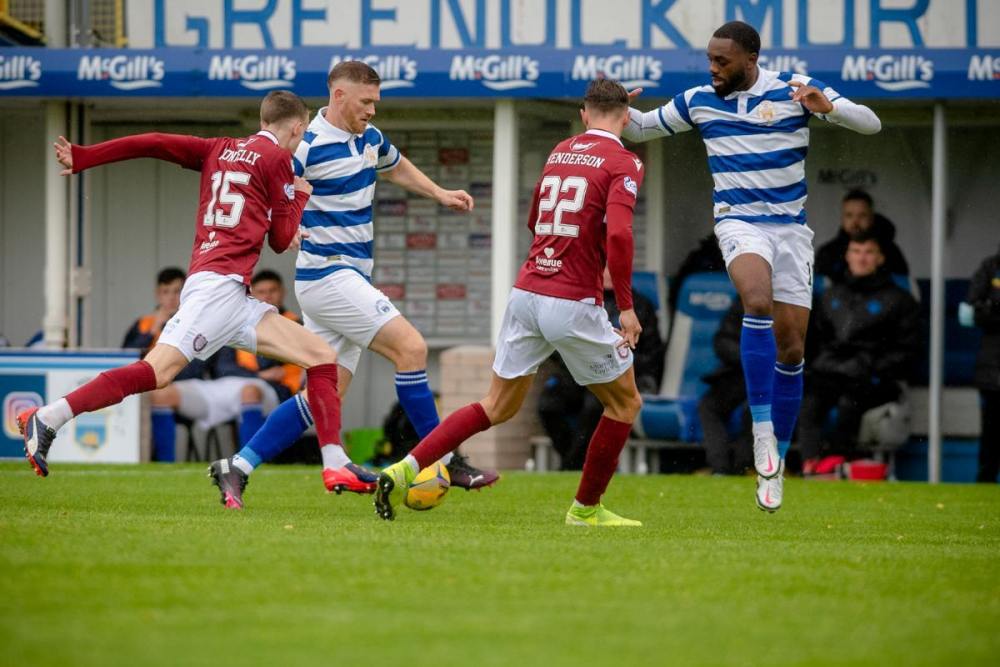 Despite our horrendous first half of the season, the matches between the two have been relatively tight affairs, with Morton unfortunate not to register a victory on Arbroath's previous visit, as it took a disputed late penalty from Michael McKenna to rescue a point for the visitors after goals from Gary Oliver and Cammy Blues looked set to give Morton the points in reply to Chris Hamilton's header to open the scoring on the cusp of the interval.

As the festive period approached, the trip to Gayfield was to produce what I believe was a reasonable Morton performance, but such was the thick fog, it's difficult to make such a claim with any degree of authority. Chris Hamilton was to again head past his brother, just after half time, only for Oliver again to bring parity to the scoreboard. Unfortunately Anton Dowds was to net the winner for Arbroath as Morton's season from hell saw them rooted at the foot of the table. I would have said Dowds got the last laugh, but he ended up going back to parent club Falkirk, so who's laughing now?

The loss of Dowds and talisman Joel Nouble have undoubtedly been blows for Arbroath, but Dick Campbell has turned to (the other) Jack Hamilton, Craig Wighton and most recently Michael Bakare to fill the void up front, with Hamilton netting the crucial winner against Killie, whilst McKenna continues to provide a steady flow of goals from midfield. Jack and Chris Hamilton both missed last week's draw at Palmerston, but are expected to return to the side, although Nicky Low again misses the opportunity to face his boyhood favourites.

I spoke to Arbroath fan, former club commentator and host of The Lichtie Lads podcast, Ewan Smith (@ewansmithpr) who was cautiously optimistic ahead of a game which perhaps holds more concerns for he and his fellow Lichties than it may have done earlier in the campaign;

“The last time Arbroath faced Morton they scraped a 2-1 win on December 18th at a fog-hit Gayfield to reach the top of the Championship, where they have remained ever since.
This game could be every bit as crucial for both sides as Arbroath chase the win they need to keep their title hopes on track and Morton try to pull further clear of the relegation zone, perhaps with an eye a top half finish. But a lot has changed at Arbroath since December.

They’ve lost the enigmatic Joel Nouble and Anton Dowds - who scored the winner in that game at Gayfield. Both players have returned to their parent clubs and been replaced by Craig Wighton and Jack Hamilton. Hamilton helped Arbroath survive relegation last term during his previous loan spell from Livingston and he’s been on fire again with five goals in seven games. He did however, miss last week’s disappointing draw with Queen of the South through illness and could be doubtful for the trip to Cappielow. Arbroath could also be without local Greenock lad Nicky Low through injury. But they still have real quality in their ranks and former ‘Ton keeper Derek Gaston has kept 13 clean sheets this term.
They also know this is a game they MUST win with Kilmarnock now level on goal difference, and Partick Thistle still with couple of games in hand- although Tuesday night’s result at Firhill was very well received in these parts!  Arbroath’s levels have dropped a little in recent weeks since that crucial win over Killie in front of the BBC cameras. They haven’t won in three games, and they know Morton always give them a tough game.

Morton’s resurgence under Dougie Imrie is clearly evident and this one will be tight. But I always have belief in Arbroath to produce the goods when it matters most so I’m going for a 2-1 win to the Lichties here.” 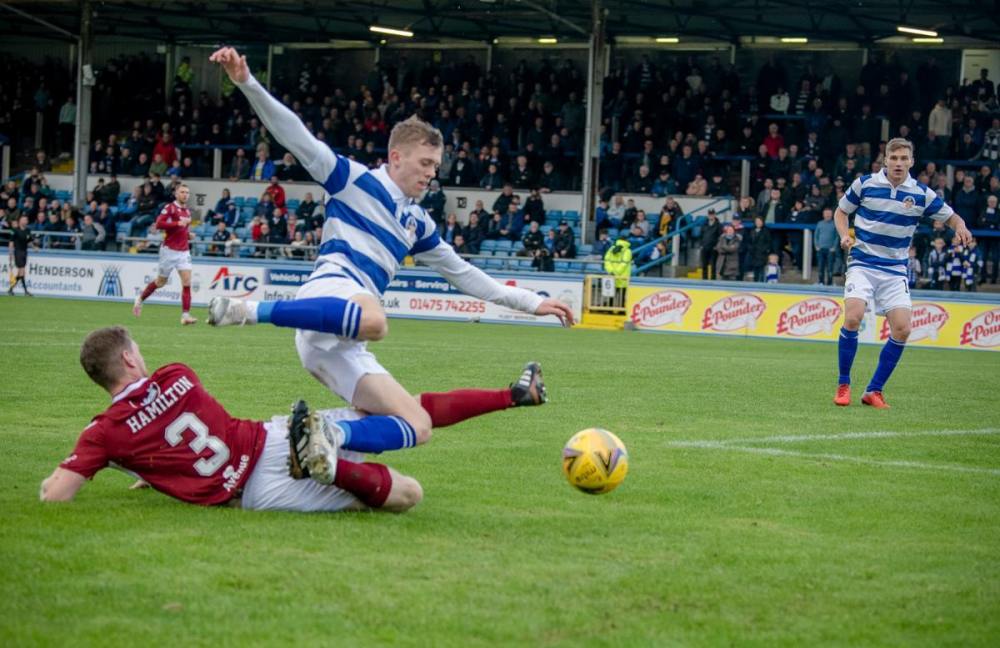 All odds are supplied by McBookie. All odds correct as of 7am on 25th February 2022 and are subject to change. Please only bet within your means and visit BeGambleAware if you are struggling.

Given Arbroath’s lofty position in the table, it comes as little surprise to see Morton as underdogs with the visitors coming in at 6/5 and both a home win and a draw priced at 21/10.

With neither team claiming a clean sheet in the fixture thus far, Morton to win with both teams to score is 11/2, and Gary Oliver to score for the third consecutive time against Arbroath is 10/3.