It’s crunch time at Cappielow. Saturday’s match is arguably the most important match of the season thus far. It’s eighth against ninth, with both teams only recording one win in their previous ten matches. Morton will take the positives from back-to-back draws against Hearts and Dundee, however the predicament of nine league matches without a win will still weigh heavily on the mind of Anton McElhone and his squad.

The shift to 4-3-3 appears to have had somewhat of a rejuvenating effect on the Morton squad and the performances against Hearts and Dundee do bring a sense of encouragement. Kyle Jacobs has been excellent since his return to the side and Craig McGuffie is the man of the moment after two outstanding strikes in two games. This positivity, however, has been marred by a weakness in game management that this squad has exhibited multiple times over the season, with last week being the sixth occasion so far this season that The Ton have led a match and failed to see it out. 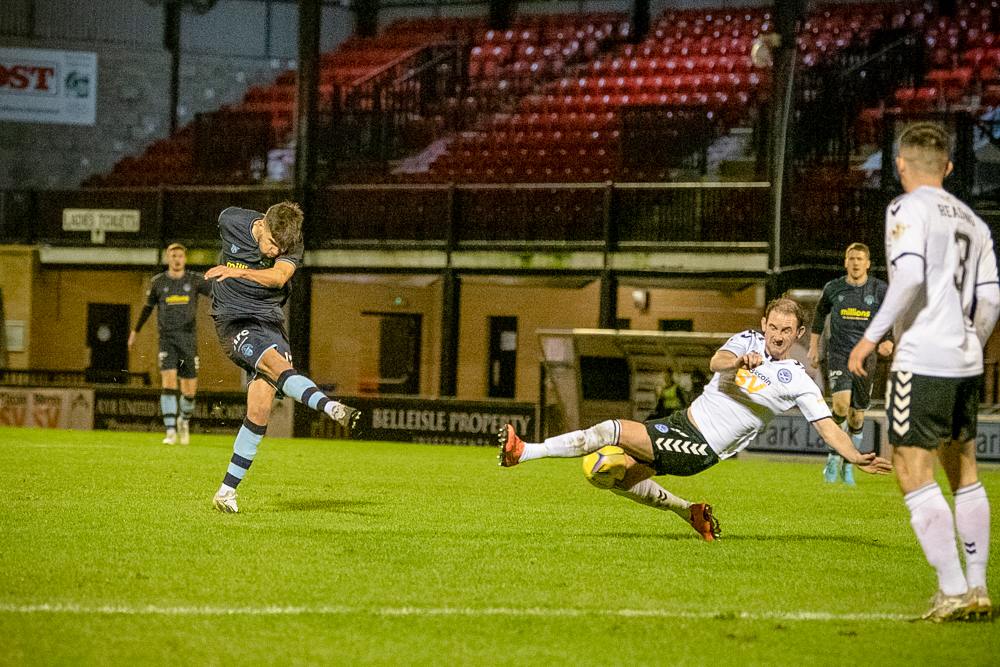 Man of the moment Craig McGuffie came through the ranks at the Ayr United Football Academy, spending a total of five years with the Ayrshire side. During this period, he spent time on loan at Junior side Glenafton and with Raith Rovers in League One. He was a key part of the Ayr side that won the League One title in 2018. In total he made 109 appearances for The Honest Men, scoring ten goals.

Michael Millar was signed by Jim Duffy in his endeavour to return Morton to the second tier at the first time of asking in the 2014/15 season. The Celtic youth player was utilised in various roles in defence and midfield as Morton clinched the League One title on the final day of the season against Peterhead, with Millar scoring his only goal for the club in that title winning match. He was released by Morton after their first season back in the Championship, subsequently signing for Livingston. He then had spells with Brechin City and Raith Rovers before signing for the Ayrshire side at the start of this season.

Andy Murdoch still has a place in the heart of many a Morton fan. He signed for The Ton in late September 2016 as a free agent following Jim Duffy’s side making a disappointing start to the season. He complemented Celtic loanee Jamie Lindsay perfectly and was a key part of the side that progressed to the League Cup semi-final against Aberdeen that season. Following Ray McKinnon taking over in 2018, he informed Murdoch that he would not be offered a contract. This has often been labelled as the worst decision McKinnon made during his ill-fated stay at the Tale of the Bank.

Defender Jack Baird came through the ranks at St Mirren, making 165 appearances over five seasons with the Saints. He was, somewhat surprisingly, made available for loan ahead of the 2019-20 season, and subsequently crossed the Renfrewshire divide to sign on loan for Morton, initially until January 2020. Baird found his services sought after the festive period by then manager David Hopkin, who triggered an extension to his loan agreement until the end of the season. Upon returning to St Mirren at the end of last season, he was informed he would be leaving the club and signed for Ayr United the following day.

Morton’s most recent match against Ayr was at Somerset Park on 29th December. An Aidan Nesbitt penalty gave The Ton a 1-0 lead after the now departed player/manager Mark Kerr chopped down Cammy Salkeld in the box. Ayr equalised after a floated free kick in the box caused a mix-up in the Morton defence, allowing Greenock resident Luke McCowan to tap the ball home from close range.

The first meeting between the sides this season was somewhat more pulsating. Ayr took the lead in the first half after Lewis Strapp bundled the ball into his own net. Early in the second half Aaron Muirhead was sent off for the away side, however this didn’t seem to hinder Ayr as they doubled their lead through Cammy Smith. This did not deter The Ton, who rallied and scored three times inside five minutes. Goals from Gary Oliver and Cammy Blues, followed up by a Lewis Strapp header, rounded off a sensational turnaround. 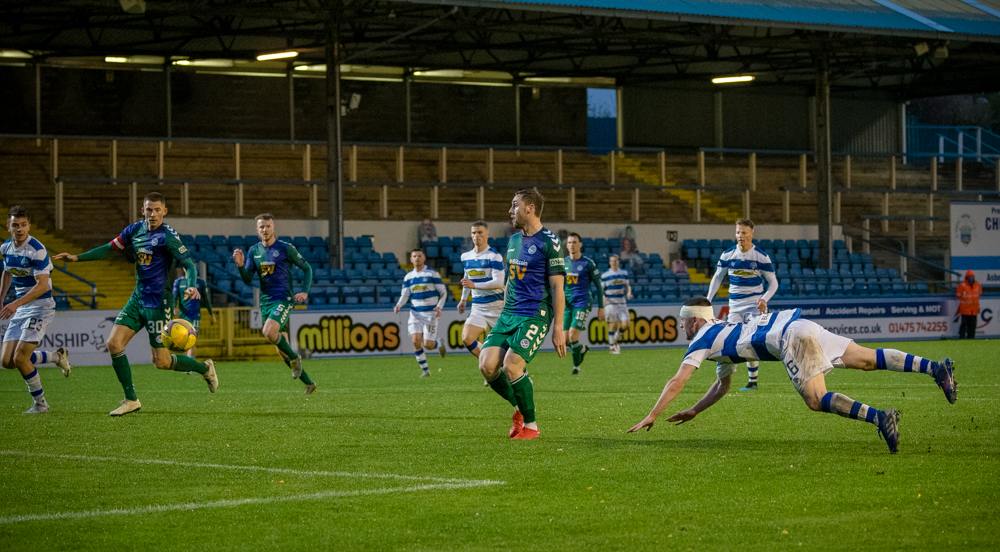 Ayr are currently looking towards the future, with former player/manager Mark Kerr and his assistant Mick McArdle leaving by mutual consent following their recent slump in form. Ayr’s Head of Youth, David White, has been tasked with leading The Honest Men on an interim basis until new club owner David Smith appoints Kerr’s successor.

Ayr will look towards Greenock born Luke McCowan to provide their goal threat. The former East End United player graduated from the Ayr United Football Academy into the first team, making a total of fifty first team appearances so far. Ayr have struggled for firepower this year, scoring 1.25 goals per match. They attempt 8.75 shots per match, which may also suggest an issue in supplying their forward line with chances. The Ayrshire side are also joint bottom of the league for shots on target, tied with ourselves. Both Morton and Ayr also find themselves at the bottom of the yellow card tally.

I spoke to Ayr fan Marc Dunlop (@Marco_Ayr) ahead of this crunch match, who spoke of his side looking for a fresh start after parting ways with manager Mark Kerr - “The Honest Men come into this fixture without a manger and with 1 win in the last 11 games. It is safe to say things didn’t work out for Mark Kerr and his assistant. From a supporters perspective, it’s been a really tough watch this season, particularly since the turn of the year.

As a squad, Ayr do have some tidy footballers, who will be conscious of an incoming manager looking on. This could spur a positive reaction, as head of youth development, Davie White, takes charge for his first game as interim boss.

Supporters’ main gripe this season has been the tactics deployed by the previous manager & playing players out of position. For White to get the best out of this squad, he must play individuals in their natural positions, to collectively get the best out of the whole team. Ayr supporters will be hoping for a big performance from their team and will be hopeful that the shackles can come off, allowing the players to express themselves going forward. Key to this will be Michael Moffat & ex St Mirren man Cammy Smith. If we are to get anything from this game, those two will be instrumental in achieving this.

I’m sure I speak for the majority of Ayr supporters in saying that this game is very much a free swing, whilst we wait anxiously for news of who will be taking control of proceedings, going forward.” 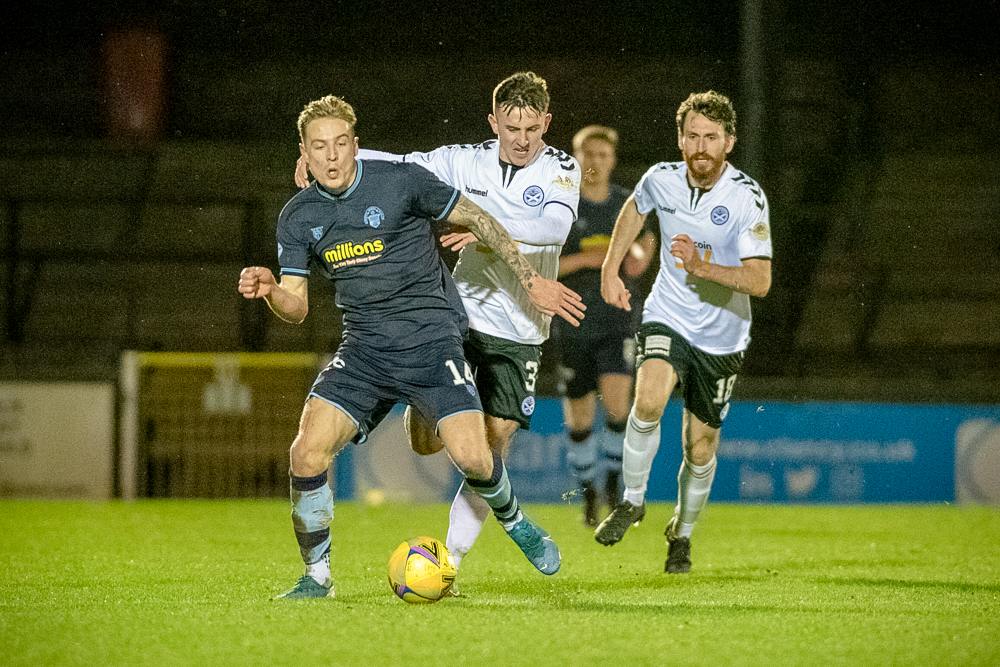 All match odds are provided by our sponsors – McBookie. All odds correct as of 6am on 04/03/21 and are subject to change. Please only bet within your means and visit BeGambleAware if you are struggling.

If you fancy The Ton to prosper in this crunch match, they price up at 13/8. Morton to win and BTTS is 15/4 and to win to nil prices at 4/1. If you fancy the home side to record a comfortable victory then Morton -1 prices at 9/2.

Keep your eyes across our socials for our recommended McBookie BetBuilder ahead of the match!