Morton head into Saturday’s match looking to continue the momentum generated by an excellent performance and result at Tynecastle last week. Craig McGuffie’s outstanding strike from the edge of the box gave The Ton the lead after fifty-three minutes, with a header from Jamie Walker securing a share of the spoils for both sides. Anton McElhone freshened his side up, lining up in a 4-3-3 and reintroducing Kyle Jacobs in the heart of midfield after his injury lay-off. Despite conceding chances in the opening stages of the first half, Morton competed well at Tynecastle and Anton McElhone will hope his Morton side’s endeavours prove a catalyst in preventing their winless streak reaching double figures.

After drawing with Arbroath and back-to-back defeats in the hands of Raith Rovers and Queen of the South, and several unsuccessful attempts to play an ill-fated home fixture against Ayr United, Dundee will be looking to rejuvenate themselves and will view this fixture as the perfect opportunity. The old adage of the Championship being a ‘tight league’ has never been more accurate than in this current campaign. Following Inverness’ 2-2 draw with Alloa on Tuesday night in the Highlands, there is only eleven points between bottom side Alloa and Raith Rovers in third place. 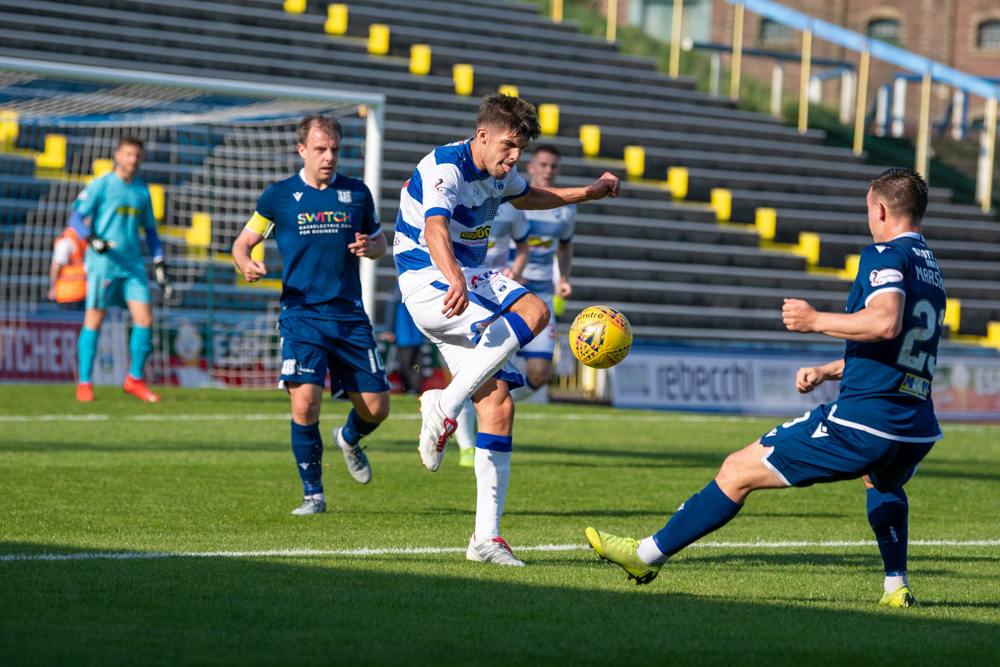 Paul McMullan joined Morton on loan on 24th February 2016 from Celtic and it’s safe to say he had a dream debut. He registered an assist as Morton demolished Hibs 3-0 at Easter Road. His loan spell was short lived, making eleven appearances between then and the end of the season, scoring once against Queen of the South. After a season long loan spell at East End Park, he joined Dundee United in 2017. In January he signed a pre-contract agreement with rivals Dundee and a fortnight later joined the Dees on loan until the end of the season.

Paul McGowan joined The Ton on loan from Celtic in 2006 as a youngster looking for first team football. He played a crucial part in Morton’s Second Division title win, scoring fourteen goals in forty-four appearances, winning the SFL’s Young Player of the Month award in January 2007 and was third place in the Second Division’s Player of the Year award. He scored the third goal against Kilmarnock in the famous 3-1 Scottish Cup win at Cappielow after a cut back from Jim McAlister. Celtic rejected a fee reported as being ‘near six figures’ from Morton to lure the youngster to Cappielow permanently. After spells at Hamilton and St Mirren, he signed for Dundee in 2014 and has made 236 appearances to date for the Dark Blues.

Dundee manager James McPake had a brief spell at Cappielow as a player. He joined Morton on loan from then First Division Livingston in the 2005/06 campaign. He played ten games for The Ton, scoring once. He debuted in the 2-2 draw with Gretna at Cappielow and scored his sole goal in a 4-1 routing of Alloa. After returning to Livingston, he would later go on to play for Coventry City, Hibs and Dundee.

Declan McDaid is on the books of Dundee and is currently on loan with League One Partick Thistle. Born in Greenock, McDaid made his Morton debut in April 2013 in a 5-2 win over Airdrie. Despite showing a great amount of promise, the winger did not fit with the lopsided 4-4-2 employed by Allan Moore, who opted to play without a right winger to accommodate a central midfield three of Michael Tidser, Fouad Bachirou and Martin Hardie. McDaid, unhappy at not being offered more game time by then manager Allan Moore, left Cappielow at the end of the 2012/13 season and subsequently signed for Partick Thistle, making twenty six appearances over three seasons. 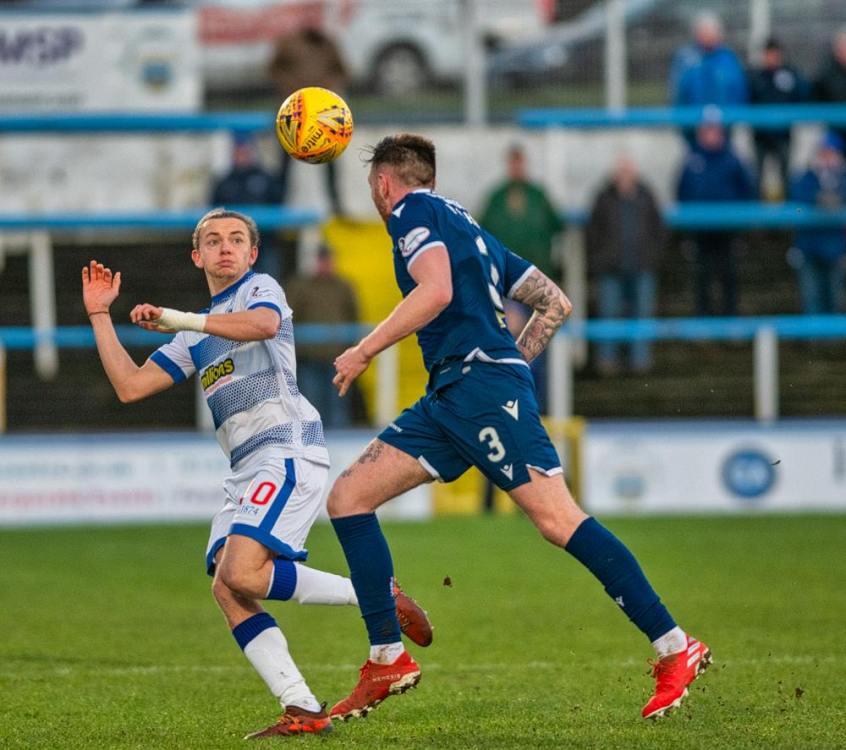 Dundee secured their first three Championship points of the season against Morton on the second matchday of this season. Jonathan Afolabi, on loan from Celtic, scored the only goal of the game with a close range volley in the fifth minute. Morton's cause was hindered by Robbie Muirhead, who was sent off after two bookings for dissent in quick succession in the second half.

Morton's last win against Dundee came in September 2019 with Peter Grant's emphatic header on the brink of half time earning all three points for the home side. Morton would later go on to be beaten 2-1 at Dens Park and then draw 1-1 at Cappielow ahead of the season being concluded ahead of schedule.

It’s safe to say that anyone who enjoys a ‘both teams to score’ coupon will be very fond of Dundee this season. With 1.86 goals per game from 9.5 shots attempted per game, they are the third highest goalscorers in the league behind Hearts and Raith Rovers. Their most prevalent goal threat this year is former Dundee United forward Osman Sow. The tall Swedish forward has seven league goals in twelve appearances so far this term. Former Liverpool and Stoke City midfielder Charlie Adam has been outstanding for The Dees so far this term, with five goals and a league leading six assists to his name.

Whilst the Dundonians appear to have firepower to match that of league leaders Hearts, their defensive woes have been their downfall so far this term. So far they have conceded an average of 1.93 goals per match, and this has proven costly. The most notable example was in a 3-3 draw with Dunfermline at Dens Park. The Dees were 3-0 up after 70 minutes thanks to goals from Osman Sow, Charlie Adam and Liam Fontaine, however they conceded three goals in the last fifteen minutes to let this comfortable lead slip. With Morton bottom of the cautions table (18 yellow cards) and Dundee second bottom (20), the form card would suggest this match will be low on cautions.

I spoke to Dundee fan David Murray ahead of the match, and he stressed the importance of this fixture to his side’s campaign – “Simply put, this game against Morton is a must win for Dundee. Dundee have not tasted victory in the league since January 2nd when Dundee had an impressive 3-1 home win against league leaders Hearts. Since then we have played three games in the league drawing one to Arbroath and losing the next two too; Raith Rovers and an in form Queen of the South side leaving us 18 points behind Hearts and only 3 points of the relegation playoff. Added to all this Dundee's visit to Cappielow signals the start of seven games in twenty one days which includes away visits to Hearts and Dunfermline back to back. Momentum is crucial here for us and we need to get back to winning ways otherwise this run of fixtures could really kill our already disappointing season so far.

Dundee have only kept two clean sheets this season in the league of which was against Morton and added to that we have only won one league away game this season. This has to change this weekend and Dundee will be looking to recent signing Jason Cummings and Paul McMullen as well as the main man Charlie Adam. Paul McMullen has had two assists in two games and Jason Cummings got his first goal last weekend since signing. Charlie Adam has been, simply put, sensational. If Charlie is fit, he is the key to shutting down Dundee as everything goes through him.

As a whole this season has been very poor from a Dee's perspective. Dundee fans are usually guilty of having very high expectations and believing that we are bigger than what we are. That being said a stat which has been put about the forums is that, statistically speaking, James McPake is the third worst Dundee manager of all time with only Jim McIntyre and Alan Kernaghan being worse. James McPake should be performing so much better than what he has and our squad on paper is a very good one and he has been able to make signings during the current economic climate (Please no more admins!) The performances have been dull, never mind not getting results adding to the pain. The fans want and expect better. A win might not fully take away the feeling he isn't the man for the job but it might give us the momentum to start this run of games with a positive step.” 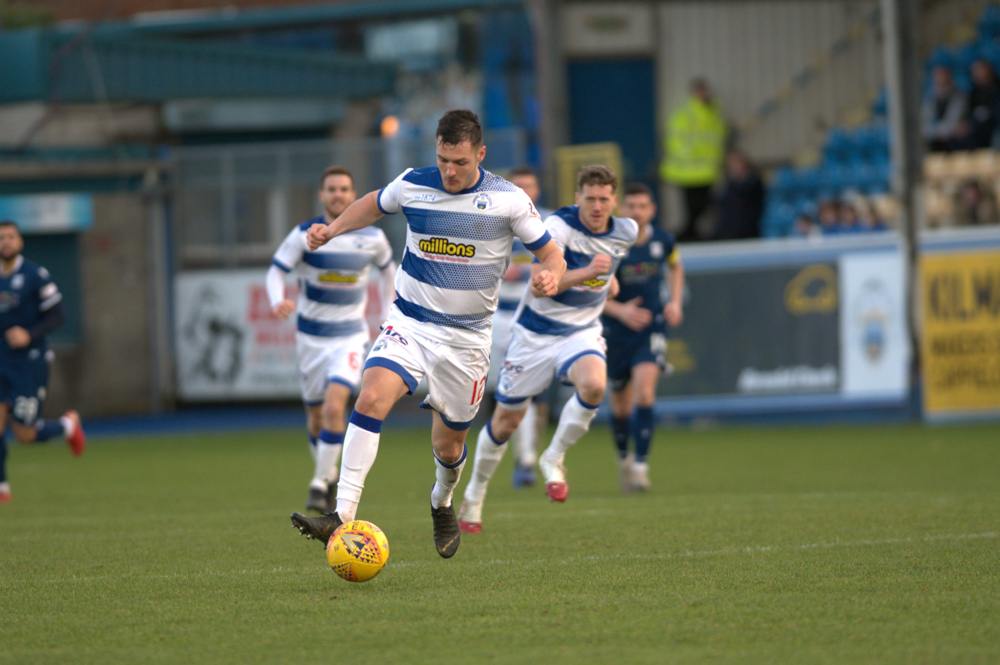 All match odds are provided by our sponsors – McBookie. All odds correct as of 8am on 26/02/21 and are subject to change. Please only bet within your means and visit BeGambleAware if you are struggling.

Despite their home advantage, Morton are the outsiders for this Championship clash. You can back The Ton at 3/1 to win the match, 6/1 to win with BTTS and 6/1 to win to nil. The draw prices up at 13/5 with a 0-0 stalemate pricing at 10/1.

If you back the bookies’ hunch that The Dees will leave Cappielow with all three points you can back that at 17/20. Dundee to win with BTTS prices at 11/4 and the away side winning to nil prices at 23/10.

Keep your eyes across our socials for our recommended McBookie BetBuilder ahead of the match!