Morton will be relieved to return to more familiar surroundings tomorrow, welcoming Ayr United to Sinclair Street in a crunch match for both sides. The Ton will look to put a disappointing result and performance at Palmerston midweek behind them, conceding a winner less than two minutes after scoring a late equaliser themselves. The Ayrshire side will also be seeking to arrest their disappointing run of form, with their only win in November coming against League Two side Albion Rovers in the Scottish Cup.

Barring any players picking up knocks at Palmerston on Wednesday night, the only Morton player missing through injury is veteran defender Brian McLean. Defender Alan Lithgow will miss tomorrow's match, serving a one game ban following his dismissal at Starks Park a fortnight ago. 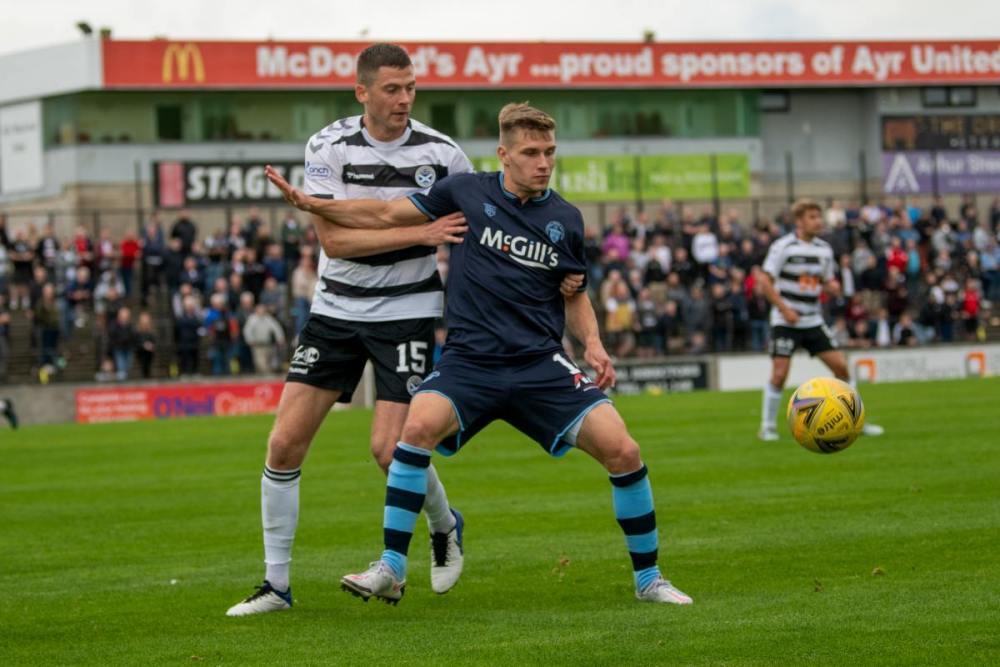 Jim Duffy is the current manager at Somerset Park, following David Hopkin’s resignation earlier on this season, after just fifteen competitive matches. Duffy, who turned out for Morton from 1982-85, joined Morton in 2014 in the wake of relegation to League One, with manager Kenny Shiels being relieved of his duties. He guided the club to the League One title, before getting Morton to the Premiership playoffs and reaching the League Cup semi-final. Dave Timmons was recruited alongside David Hopkin to serve as a goalkeeper coach and scout at Cappielow, he subsequently left alongside Hopkin in December 2020.

Andy Murdoch signed for Jim Duffy in September 2016 following his release from Rangers. The hard-working midfielder quickly endeared himself to the Morton support, becoming a mainstay in the side alongside Celtic loanee Jamie Lindsay. Following seventy-five appearances in all competitions for The Ton, Duffy’s successor Ray McKinnon released the midfielder, much to the dismay of the Morton support. Murdoch subsequently signed for Championship rivals Ayr, where he has remained since.

Michael Miller was part of the Morton side who won League One in 2014/15. He made forty-eight appearances over two years at the club before joining Livingston. He is currently on the books at Ayr United while on loan at Stenhousemuir. Jack Baird signed for Morton on loan from rivals St Mirren in 2019. He made twenty-one appearances for The Ton before subsequently moving down to Ayr on a permanent deal following his release from St Mirren.

Following David Hopkin’s appointment at Somerset Park, he sought some familiar faces from his Morton squad that finished 9th in the Championship last term. Goalkeeper Aidan McAdams, defenders Sean McGinty and Marcus Fjortoft and attacker Cameron Salkeld all joined their former gaffer in his new role.

Morton travelled to Somerset Park on Matchday Seven of this season’s Championship. The Ton lined up against no fewer than five former players, with former Ton player and manager Jim Duffy in the home dugout following David Hopkin’s ‘shock’ resignation. The match itself was a fiercely contested affair, with neither side being able to impose themselves.

There was little in the way of chances, with Gozie Ugwu’s half volley from 25 yards almost catching Charlie Albinson cold towards the end of the first half. Substitute James Maxwell’s angled drive from the edge of the area cannoned off the crossbar midway during the second half. The match finished goalless, the first point Morton had claimed in five competitive matches. 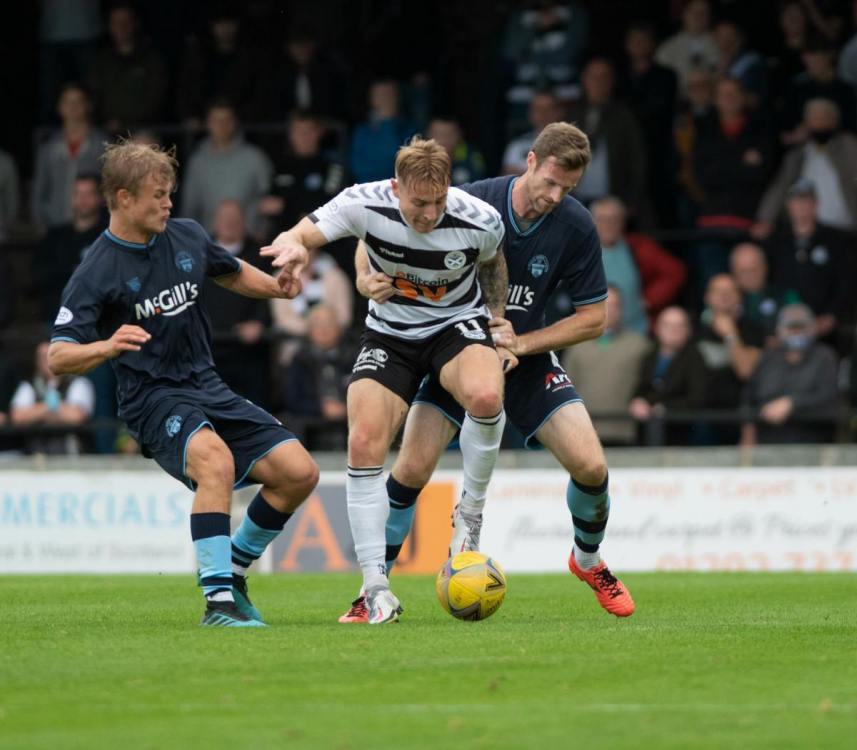 The form book suggests that tomorrow could be a low scoring affair. Hosts Morton sit bottom of the goals tally with 12 (0.80 per 90 mins) so far this term. Ayr have struggled for goals this term with 13 (0.86 per 90 mins).  The away side have taken the least number of shots in the league this term with 113 attempted (7.53 per 90 mins), with Morton attempting 126 (8.40 per 90 mins), earning them 8th place in the Championship for shots attempted.

Both Marcus Fjortoft and Tomi Adeloye sit joint top of the Championship’s bookings tally with five a piece. Both sides have had two dismissals this season – with Aaron Muirhead, Jonathan Afolabi, Cameron Blues and Alan Lithgow all seeing red.

I spoke to Marc Dunlop (@Marco_Ayr) ahead of tomorrow’s clash, who spoke his side’s disappointing run of recent form – “The Honest Men will be looking to put a disappointing November behind them, where they picked up only 1 point. Their last win in the league came on October 16th, a 2-1 home victory against QOS. However, after returning to winning ways last week in the Scottish Cup, Jim Duffy will be hoping to build on the positives & hopeful of taking all three points.

Goals have been hard to come by recently, but United will look to their top scorer, Tomi Adeloye to lead the line & the supporters will be hopeful Duffy starts veteran attacker Michael Moffat, who showed his qualities in the win against Albion Rovers last time out.

Like previous encounters between the sides this season, a tight, low scoring affair will be expected.” 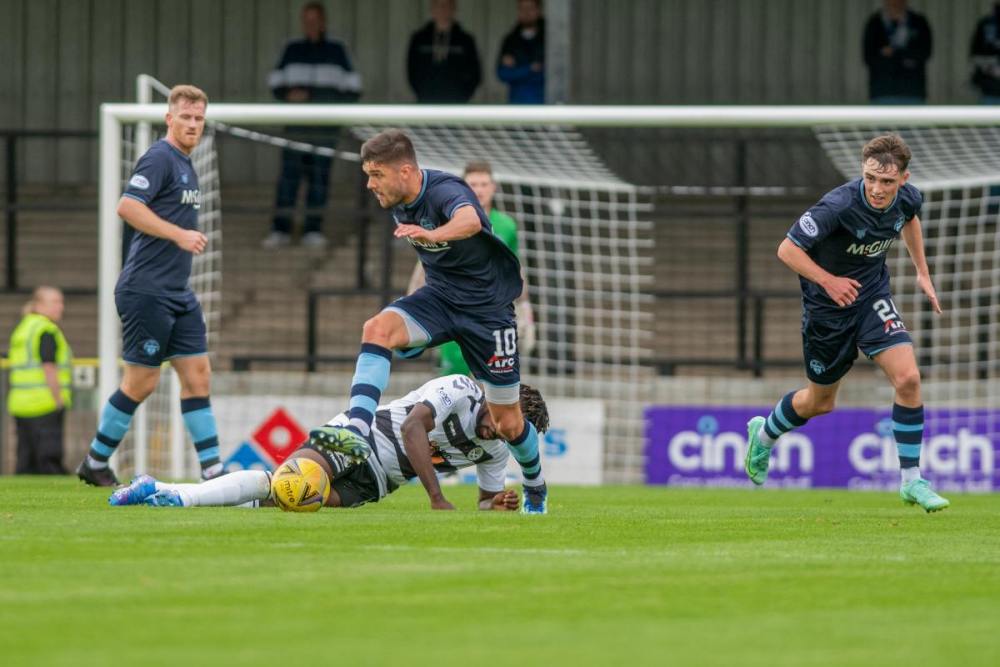 All odds are provided by McBookie. Odds are correct as of 6.30am on 2nd December 2021 and are subject to change. Please only bet within your means and visit BeGambleAware if you are struggling.

Despite home advantage, The Ton head into the match priced higher than even money at 6/5. Morton to win and BTTS chalks at 4/1, with 13/5 priced for a home win with a clean sheet. If you fancy a comfortable home win you can back Morton on a -1 handicap at 15/4.