Familiar foes Morton and Queen of the South will battle it out for a place in the final four of this season’s SPFL Trust Trophy tonight at Palmerston, with an away tie against League One Cove Rangers awaiting the victors. Gus MacPherson’s side performed well at the Caledonian Stadium on Saturday, with a Gavin Reilly goal securing a Scottish Cup replay at Cappielow next midweek. The Cappielow gaffer will hope his tweaked system can bring the Sinclair Street side’s first win against Queen of the South this term.

Brian McLean’s spell on the sideline looks set to continue as the veteran continues his rehabilitation following an injury sustained at East End Park. Morton will again be without a second choice goalkeeper following Chris Wylie’s request to leave the club. 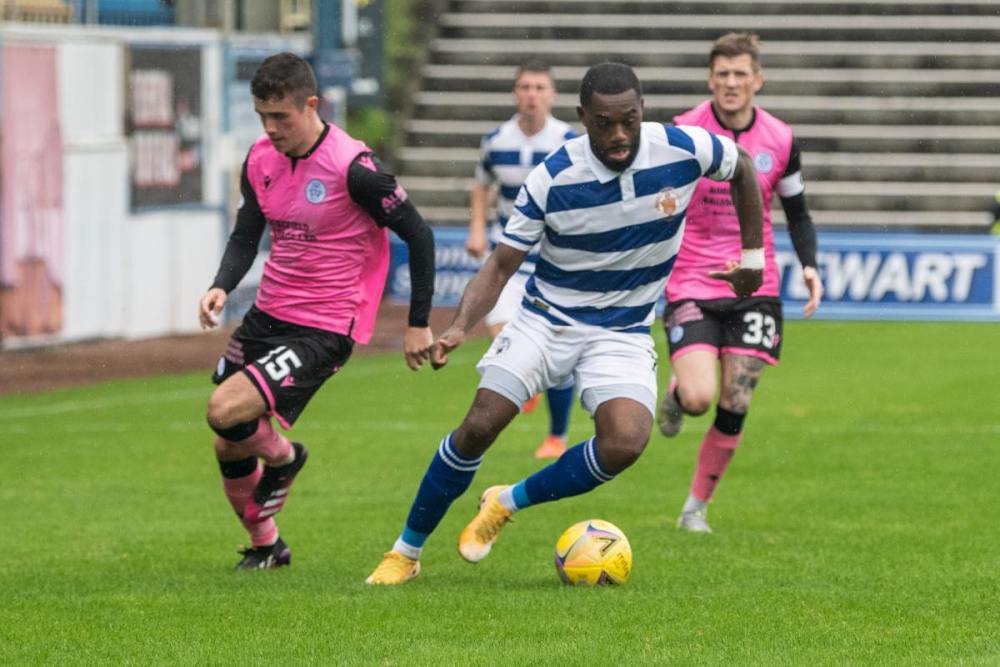 Nobody in the current Queens ranks has played their football in Greenock, however Queens manager Allan Johnson played under Gus MacPherson for a season during his tenure as St Mirren boss.

Loanee striker Gavin Reilly came through the youth ranks at Palmerston, spending five seasons in their first team. Signing his first professional contract ahead of the 2010/11 season, he made his first team debut in July 2010 in a League Cup match against Dumbarton, scoring a debut goal in a 5-1 win. He spent five seasons in the first team set up at Palmerston, making 111 league appearances and scoring 39 goals before moving to Hearts.

Morton’s managerial team, Gus MacPherson and Andy Millen, spent a season in the Dumfries dugout in 2011/12. Their squad featured familiar faces such as Lee Robinson, Alan Reid, Ryan McGuffie, Craig Reid and Scott McLaughlin. They finished bottom of the table and were relegated to the Second Division, with MacPherson and Millen being sacked at the end of the campaign with a win ratio of only 23.81%.

Morton squared off against Queens on Matchday Ten in Dumfries. Both sides struck the woodwork in the first half, as Willie Gibson hit a post from a free-kick and Robbie Muirhead clipped the bar. Lee Connolly forced Jack Hamilton into a fine stop after the break, with a long range strike from Willie Gibson almost catching out the Morton shotstopper. The stalemate left the home side 7th and the home side in 9th place in the Championship.

Queen of the South visited Cappielow on Matchday Three this season, with The Ton looking to follow up on an impressive away win at New Douglas Park the previous week. Willie Gibson received the ball on the right hand side and sailed past Darren Hynes, with Kyle Jacobs’ recovery tackle fouling the experienced midfielder. Ally Roy’s initial effort was saved by Jack Hamilton, however the penalty taker tucked home the rebound to give the away side the lead. 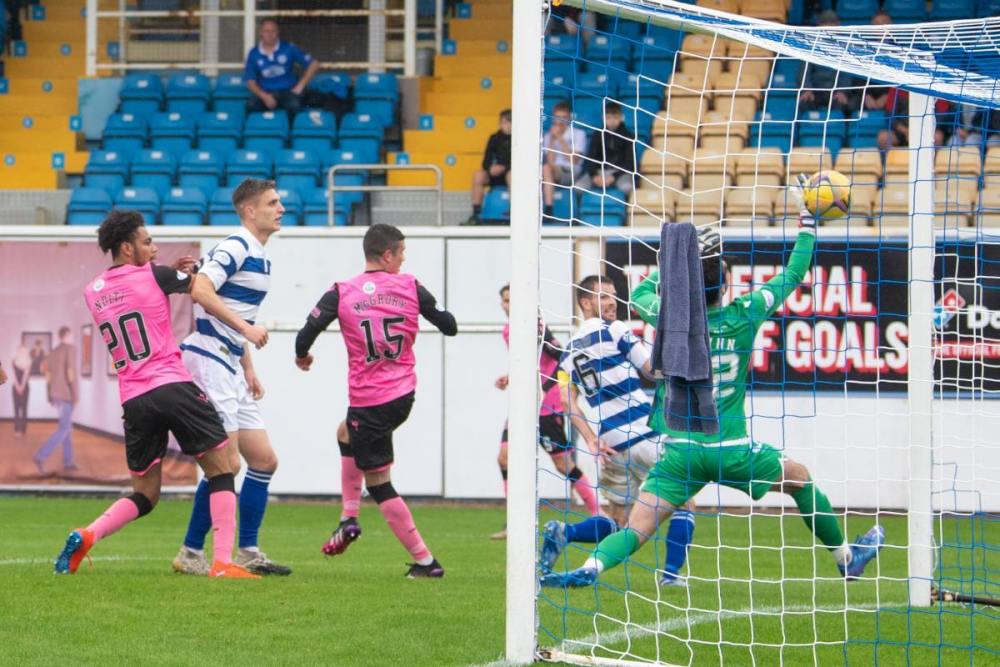 I spoke to QoSTV commentator Finlay Jack (@Finlay_Jack5) ahead of Wednesday’s match, who spoke of the opportunity for the winner of this tie to challenge for the tournament – “It’s felt like we’ve play Morton every other week over the past couple years in truth but I’m really looking forward to this one. The Challenge Cup offers a really great opportunity to get your hands on some silverware if you are a Queens or a Morton or a side that isn’t likely of to be up at the top of the league.

We have a reasonably big squad by our standards but have a worrying lack of options at the back with various players injured. Udoka Chima will miss out with a thigh injury, Josh Debayo missed the Cove game with a back issue and Roberto Nditi saw a straight red against Cove, though I’m unsure whether that suspends him for the quarter-final. Euan East has switched from wing to centre-back this season and been good, however picked up an injury before the Inverness game so might also be out. Expect to see Wullie Gibson in at centre-back next to Paul McKay if the aforementioned players don’t make it, though I’m hopefully at least one will. We’re also without Ben Liddle, Aidan Fitzpatrick (both injured) and Innes Cameron (cup-tied) so we’re down to the bare bones a bit.

Nonetheless I’m hopeful of a win. From what I’ve saw of Morton this season they really aren’t up to much - although I’ve no doubt Ton fans will be saying the same about us! Don’t think it’ll be a classic on Wednesday, but I’ll opt for 2-1 Queens. Ruari Paton will score.” 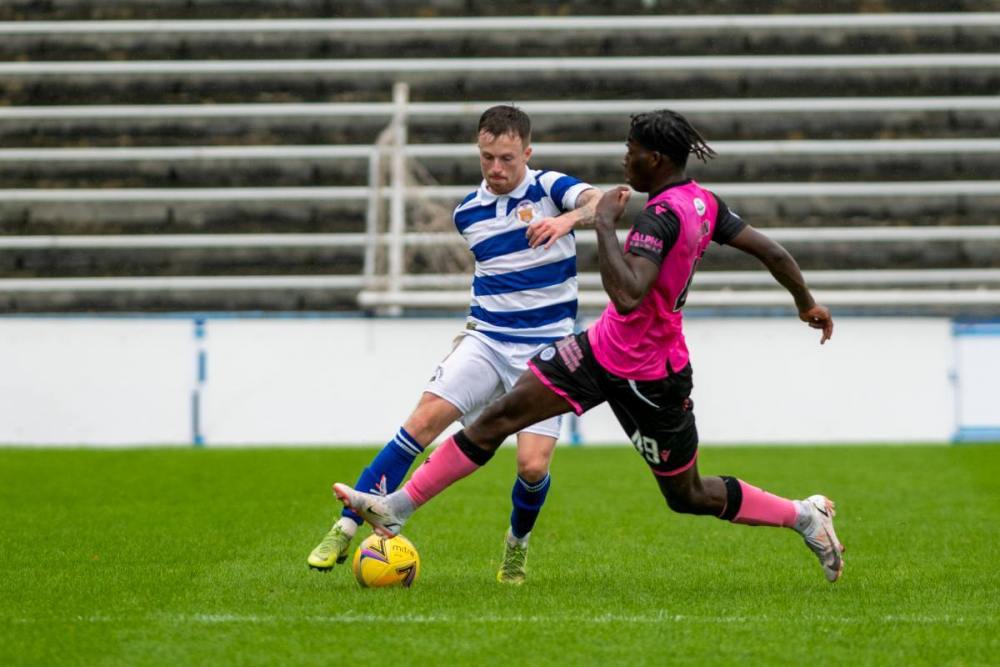 All odds are provided by McBookie. Odds are correct at 6.30am on 30th November 2021 and are subject to change. Please only bet within your means and visit BeGambleAware if you are struggling.

The home side go into the tie as slight favourites, priced at 5/4 to progress to the Semis. Queens to win and BTTS prices at 7/2, with the home side chalked at 3/1 to win without reply. If you fancy a comfortable home win you can back Queens on a -1 handicap at 15/4.