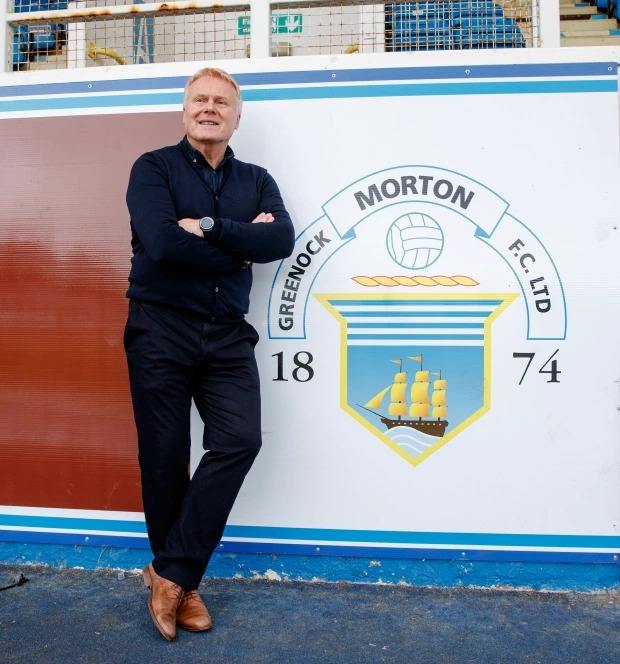 Dave MacKinnon (Photo- The Scottish Sun)
So, after twenty eventful months, Dave MacKinnon's tenure as Chief Executive of Morton is now coming to an end, somewhat acrimoniously some might say.
After Warren Hawke's spell in office ended with the JJ/Charlie Telfer soap opera being played out in front of the national media on the day Falkirk were emptied into League One (stop laughing at the back, there), Crawford Rae looked towards his old friend; former Rangers and Arsenal defender, and ex-Dundee CEO MacKinnon to take the reins at Cappielow, to work with new first team manager David Hopkin.
MacKinnon immediately went on a charm offensive- meeting and greeting fans at Galabank on the night of a 5-0 League Cup group stage win against Annan in what, looking back, would appear to have been an attempt to get the support onside.
However, the cracks soon started to appear. Alarm bells started ringing when a group of fans were called in for a personal meeting with Hopkin regarding social media posts the day before Morton beat hapless Partick Thistle at Cappielow in August. This was followed up by a 0-5 rout in the Highlands and a 0-6 doing at champions-elect Dundee United, as Morton's deplorable away record became a major talking point. We eventually picked up our first away points nine games in in a Nicky Cadden-inspired win at Recreation Park just before Christmas.
Social media was something he never got to grips with- after the meeting with disgruntled fans the club appeared to announce the signing of Kilmarnock defender, and former Scotland international Kirk Broadfoot on Twitter, before deleting the tweet, doubling down and announcing the loan signing of Jack Baird from St. Mirren, who instead re-signed their former defender.
Off the pitch, things weren't great either, as news of employees breaking gambling rules arose. It turned out to be long-serving kitman Andy Bryan who was in the dock, along with physio Alyson Fielding. The case left a sour taste in a lot of mouths as many weren't convinced about the club's motives in outing their employees.  Only those involved could of course give us a conclusive answer to that one, but what would be fair to say is that, after 45 years' service, Andy at least deserved to be told he was being relieved of his duties face to face, rather than by recorded delivery letter. 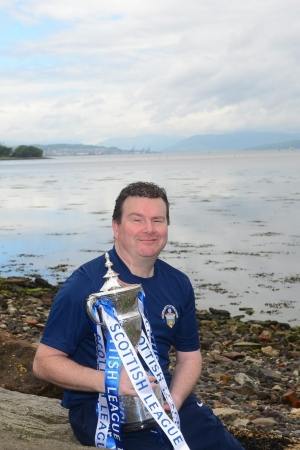 Andy Bryan (Photo- gmfc.net)
As 2019 ended and 2020 began, Morton's on the field form suddenly improved, but the calamity behind the scenes continued. Hopkin's team selection for the game at Arbroath in January raised a few eyebrows, and gained some less than complimentary assessments from some via Twitter. His team selection was vindicated as Morton ground out a scrappy 2-1 win, but the drama unfolded the following evening as the club announced they'd be blocking accounts "which we deem to not be in the best interest of the club, and in the spirit of constructive challenge and support".
Fair enough if they're getting abused by all and sundry, but when those who were blocked identified themselves, there was very little evidence of any abuse, and it came across as MacKinnon throwing the baby out with the bathwater. MacKinnon then spent an awful lot of time meeting with fans trying to build bridges, as he should've done, but one wonders how much time and effort could've been saved by not entering into such mud-slinging with the support in the first place. This of course resulted in fans of many Scottish clubs declaring open season on Morton as the club became the Scottish game's laughing stock for a few weeks. 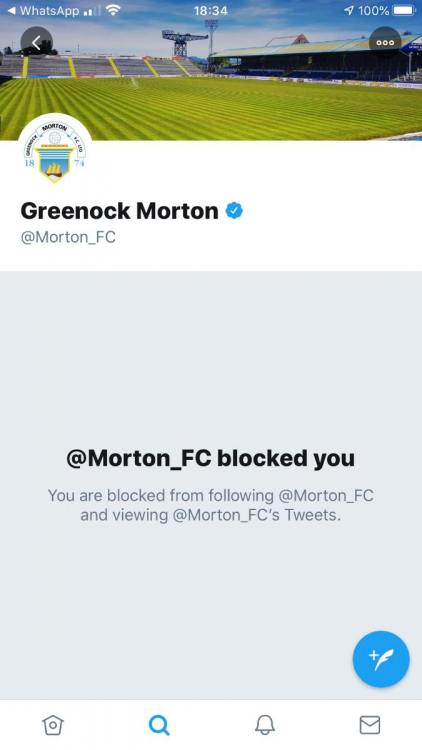