Morton’s season got off to a somewhat troublesome beginning as pre-match COVID testing hindered The Ton’s curtain-raising clash at Stair Park. The match against Stranraer was forfeited as news broke that a substantial number of first team players faced a ten-day isolation period following positive tests in the squad. This was not a consequence unique to Morton, with Ross County and Dumbarton withdrawing from their matches against Forfar and St Mirren respectively. With a 3-0 win awarded to the home side and Morton now sitting bottom of the group, it looked like an upward battle to qualify for the Second Round of the Premier Sports Cup.

This isolation period forced manager Gus MacPherson’s hand, with a string of academy graduates being thrown into our first home match of the season. Defender Chris Stafford, midfielder Alex King and attackers Michael Garrity and Lewis McGregor all featured in the starting line-up, with Regan Aitken and Josh Cooper both featuring from the bench. Guided by the experienced players in the team, the Academy graduates performed admirably as the game played out in a goalless draw, with Morton claiming an additional point from the ensuing penalty shoot-out. Despite this result being a blow to The Ton’s chances of progression, there was consolation to be taken from how bright the future looks for Inverclyde’s home-grown talent.

It was also incredibly unfortunate that our match against East Kilbride was forced to be played behind closed doors. Morton legend Chris Millar lined up against The Ton as East Kilbride’s captain and I’m sure that the entire Morton support would have embraced the opportunity to show their appreciation for a modern-day club legend, who’s stellar contribution against Montrose in the second leg of the playoff semi-final ensured The Ton are playing Championship football this season. 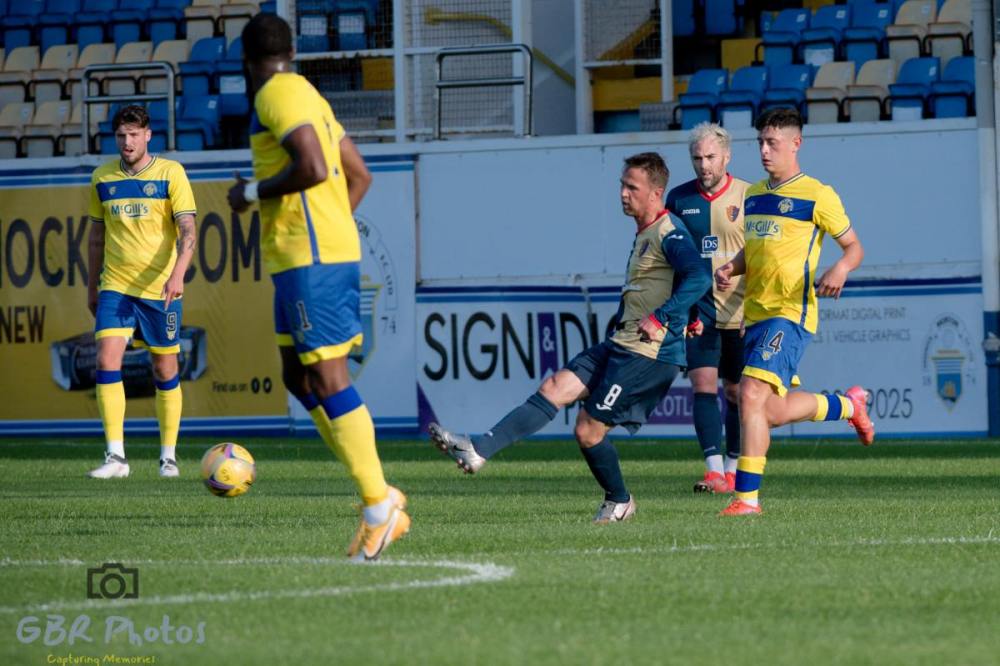 The returning first team players were thrown out of the frying pan and straight into the fire. The Ton’s returning squad members travelled down to Rugby Park to square off against Championship new boys Kilmarnock with only one post-isolation training session under their belts. The Ayrshire side, who will spend this season competing in the second tier of Scottish football for the first time in twenty-nine years, were rocked in the sixteenth minute as Lewis McGregor gave Morton the lead. The youngster, who retained his starting berth following his impressive performance against East Kilbride, cut inside from the left and curled the ball expertly into Middlesbrough loanee Zach Hemming’s left-hand post.

Morton looked solid defensively with the return of the Brian McLean helping guide those around him. Cammy Blues and Kyle Jacobs marshalled the midfield against their former teammate Stephen McGinn, who chose to join the Ayrshire side ahead of extending his Cappielow stay this summer, with the intelligence of Gary Oliver and the presence of Gozie Ugwu causing Kilmarnock’s rear-guard issues as the match wore on.

Kilmarnock grew into the game in the second half, enjoying more possession and pressuring the Morton backline with more frequency and intent than in the first half. The home side’s newly discovered momentum made a tough task even harder for a Morton backline that had only trained once in the previous ten days, meaning there was an unfortunate sense of inevitability when the home side levelled in the first minute of injury time. After a sustained period of possession around Morton’s defensive quarters, Fraser Murray’s clipped ball towards the back post was headed back into the danger area by former Morton loanee Jason Naismith towards Kyle Connell, who finished from close range to send the match to spot kicks. Despite leading both 1-0 and 3-2 in the shootout, the shootout headed to sudden death with both teams scoring three penalties a piece. Newly appointed club captain Kyle Jacobs’ miss was punished by Blair Alston who claimed a bonus point for a Kilmarnock side that look as though they may take some time to adjust to life in Scotland’s second tier. 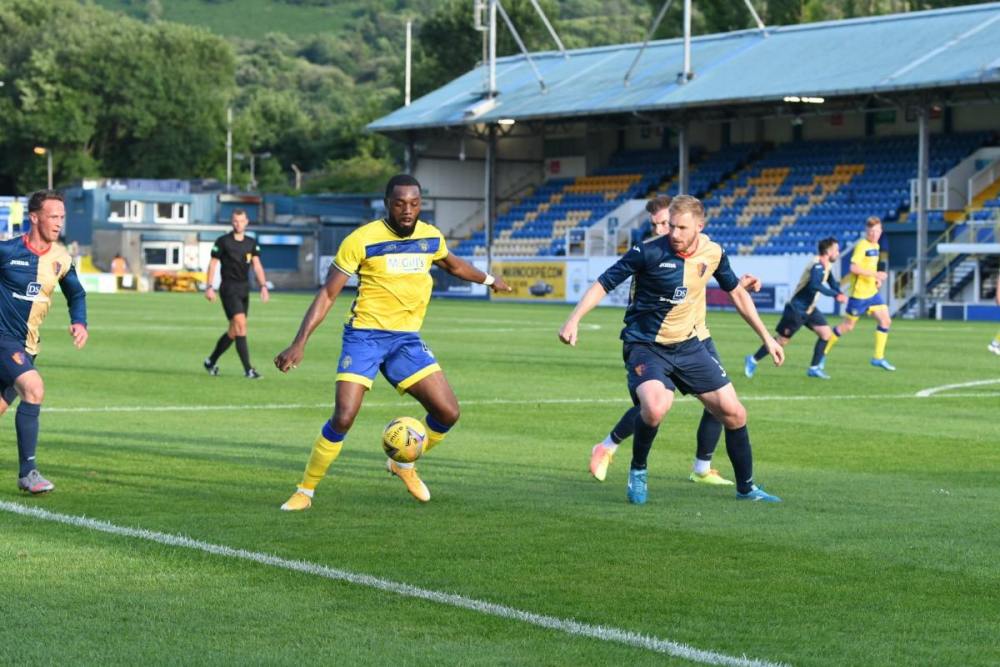 Unfortunately, the group’s preview results predestined that only the away team had anything substantial to play for as Clyde turned up to Cappielow last Saturday. On a pleasant summer day in front of over 500 Morton supporters, Gus MacPherson freshened the team up, lining up with a diamond in midfield behind Robbie Muirhead and Gozie Ugwu in attack. The Ton started brightly with Robbie Muirhead threatening in the opening stages with two flashes across goal against a Clyde backline featuring former Morton players Jonathan Page and Adam Livingstone. 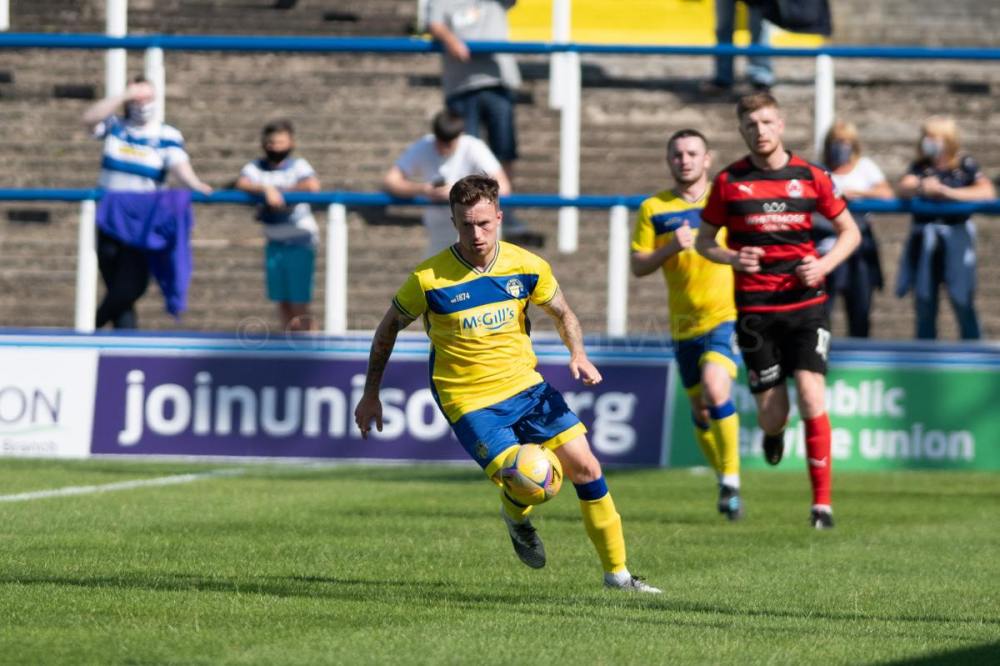 Despite having the lion’s share of possession and territory in the first half, the match was goalless at the interval, with Brian McLean requiring to be stretched off after a clash of heads between himself and Kyle Jacobs. Clyde manager Danny Lennon played his hand early in the second hand, introducing Ally Love to proceedings. He repaid his manager’s decision in the 56th minute when he blasted a volley into the top corner of Jack Hamilton’s net from around twenty-five yards out to give his side the lead.

Morton turned the screw after Clyde’s opener and soon found their just reward. Cammy Blues floated a ball over the top in the direction of Robbie Muirhead, who brushed off defender Billy Mortimer to prod the ball home for the equaliser. Morton rounded off the comeback in the 68th minute as a Kyle Jacobs ball across the box found its way through to Muirhead at the back post, who slotted home his second of the afternoon. All in all it was a successful afternoon’s work, with the performance being praised by Gus MacPherson, who also stated he wanted to add at least four more bodies to the Morton ranks ahead of the Championship kicking off. 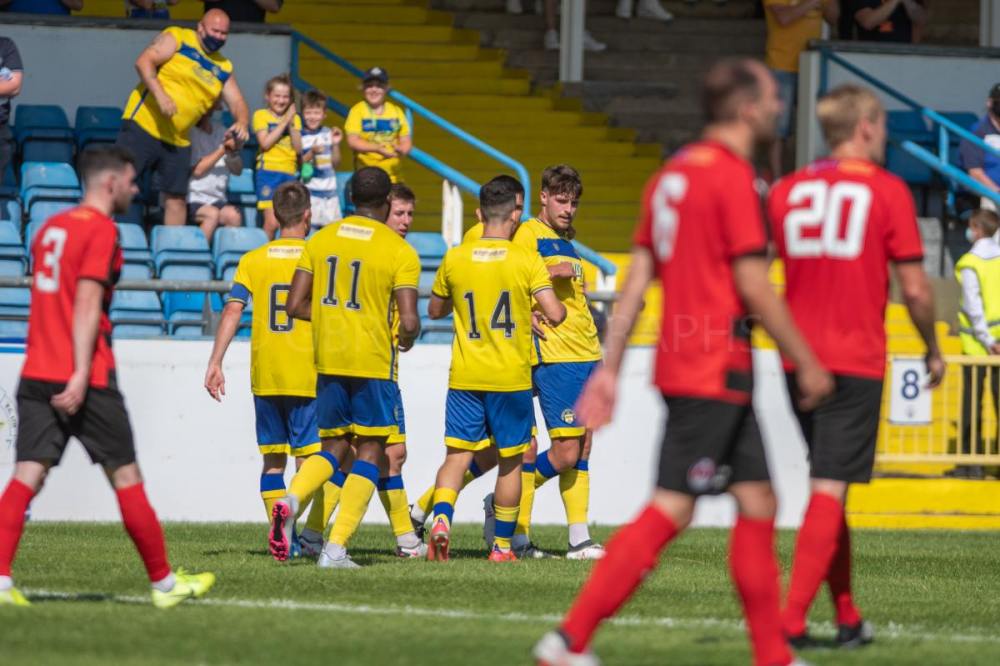 In group stages that fell foul of the ongoing pandemic, Morton will reflect ruefully on the late goal conceded against eventual group winners Kilmarnock, a goal which changed the complexion of the group entirely. There was the additional, and arguably more visceral, misfortune of being unable to give Chris Millar a deserved send-off in front of the supporters that welcomed him into senior football, wished him well upon his departure and subsequently welcomed him back with open arms. However, there were also plenty of positives to take from the group stages. Our defence looks solid heading into another tough-looking season in the Championship. Robbie Muirhead looks to be thriving after being given a run in his natural position, and with no fewer than eleven Academy graduates featuring across the three matches, there looks to be a bright future on Sinclair Street for producing and showcasing homegrown talent.

- A shortened version of this article appeared in the matchday programme vs Dunfermline on 31st August 2021. Click here to order a digital copy of Saturday's match programme.