Gus MacPherson’s Morton side will endeavour to take a massive step towards Championship survival on Saturday as they square off against Queen of the South. As the Championship moves towards its climax, and with every side outside the promotion play-off places having played twenty matches, The Ton find themselves in an incredibly perilous eighth place. Sitting only one point ahead of ninth place Arbroath, and as the league’s joint lowest scorers, the pressure is on MacPherson and Morton to deliver another season of Championship football at The Tail of the Bank. 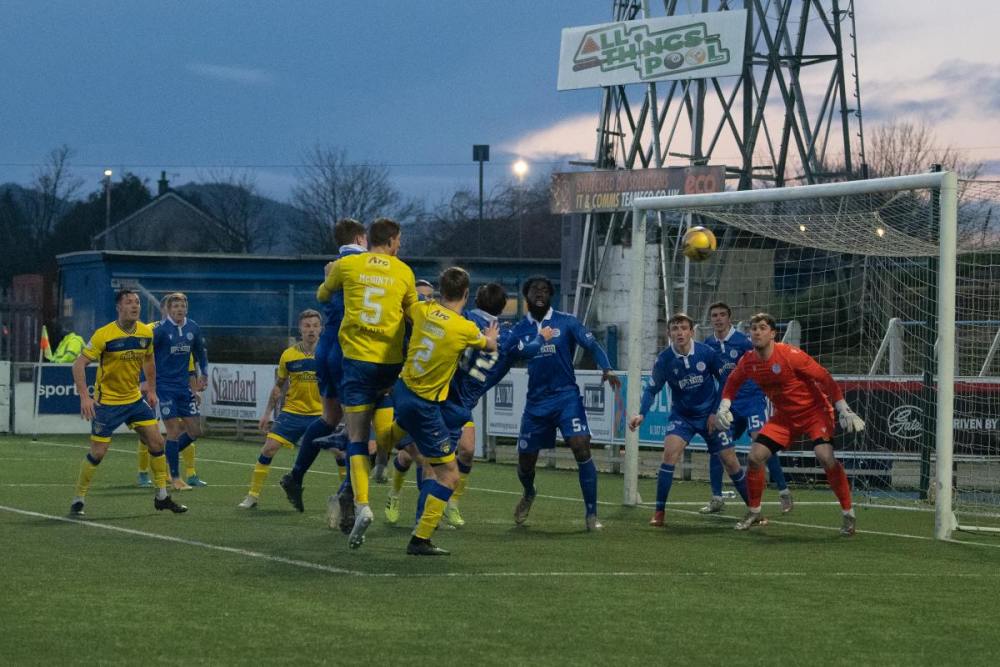 Newly appointed Morton managerial team Gus MacPherson and Andy Millen spent a season in the Dumfries dugout in 2011/12. Their squad featured familiar faces such as Lee Robinson, Alan Reid, Ryan McGuffie, Craig Reid and Scott McLaughlin. They finished bottom of the table and were relegated to the Second Division, with MacPherson and Millen being sacked at the end of the campaign with a win ratio of only 23.81%.

Players moving between the two clubs has been very common in recent years. Gary Oliver has alternated between Dumfries and Greenock from 2015 to the present day, having two spells with both clubs. Kyle Jacobs had a four-season stint at Queens between 2015-2019. Michael Ledger joined Morton in the summer following his release from the Doonhamers. Gregor Buchanan, who scored the deciding penalty in the League Cup clash earlier in the season, played for Morton in the turbulent 2018-19 season before joining League One Falkirk. Joe McKee spent three seasons in Greenock between 2013-16 before securing a move to League Two Carlisle United.

This is the fourth meeting of the sides this season. This fixture was the curtain raiser for this season, with the two sides locking horns in the League Cup. Morton led 1-0 and 2-1 through goals from Sean McGinty and Aidan Nesbitt respectively. The Ton let the lead slip twice and goals from Stephen Dobbie and Connor Shields took the match to a penalty shootout. Former Morton defender Gregor Buchanan gave the Dumfries side a bonus point.

Cappielow also played host to the second meeting of the two sides, which was preceded by Morton chairman Crawford Rae confirming in BBC Sportsound interview that Anton McElhone would continue in his role as interim manager until the end of the season. In a performance much owed to the attacking prowess of Rangers loanee Josh McPake, Morton recorded a deserved 2-0 victory, with two goals from Kalvin Orsi either side of half time. This result saw Morton reach third place in the Championship table.

The most recent meeting of the two sides was in Dumfries in January. Queens had a half time lead after goals from Ayo Obileye and Aidan Fitzpatrick. A Kalvin Orsi goal just before the hour mark helped The Ton apply some late pressure, but the away side could not find the equaliser, with Aidan Nesbitt missing the best chance of the match from close range. 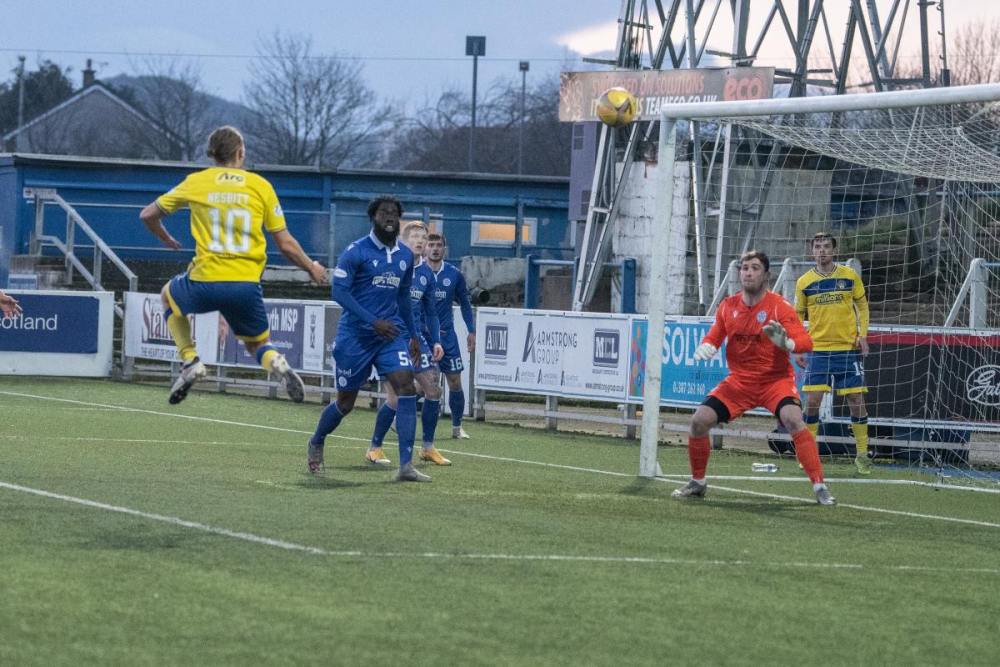 Despite a contentious 3-2 defeat to bottom side Alloa at the weekend - in which the Dumfries side had two players sent off, both of which have subsequently been rescinded - Queen of the South are the Championship’s form side, taking thirteen points from their last six matches. By comparison, Morton are currently bottom of the form table, with five points to show for their endeavours in the last six matches. Queens have the third highest goal tally in the division (32), but only feature in seventh place for shots attempted (167), highlighting how prolific attackers Ayo Obileye and Connor Sheilds have proven in this campaign. The Achilles heel of the Doonhamers this season has been their defence, conceding the second highest number of goals in the division, averaging 2 goals against per match. Only Hearts and Raith Rovers have stronger away records than Queens, who have claimed thirteen points on the road this season from ten matches.

I spoke to QOSTV commentator Finlay Jack (@Finlay_Jack5) ahead of the game, who underpinned the importance of Saturday’s match – “The cliché that every game is big in this league has never rang truer than this season. A win here will, at worst, see us remain 5th but be 6 points clear of anyone below us. Although we could very easily move back into the play-offs, predicting scores in this league is virtually impossible.

In my opinion though Saturday will go a long way to decided what play-off battle we’ll be in - promotion or relegation - given how close the league is. Saturday’s loss to Alloa was sore to take, especially now as Obileye and McCabe have had their red cards rescinded. Shields hit the post to put us 3-1 up and within 2 minutes it was 2-2 and we had 10 men. I suspect the players will have the bit between their teeth for this one after Saturday’s injustice.

We need to go to Tynecastle next week where any points will be tough to get so three points at Cappielow will be huge. I can’t see many, if any, goals being scored but we have that little bit of magic upfront in Shields and Mebude so I expect us to win narrowly. 1-0 Queens for me. 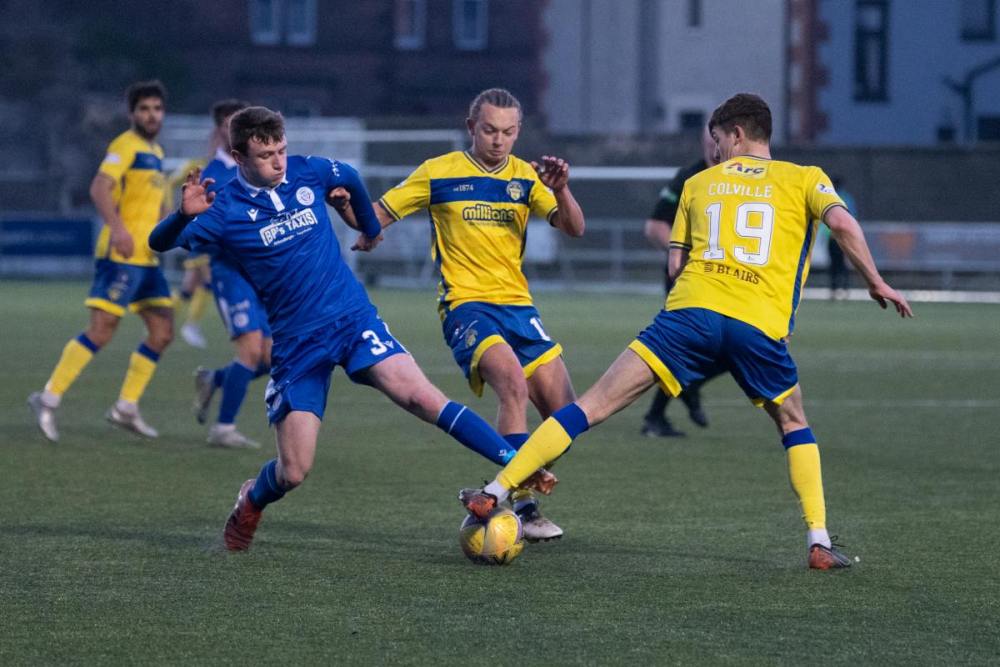 Despite the form and league table suggesting otherwise, Morton head into this match as the bookies favourites at 7/5 to win. BTTS and Morton to win prices at 7/2 and they are 10/3 to win to nil. Morton to win on a -1 handicap prices at 15/4.