Morton travel over the Kincardine Bridge on Saturday to face Dunfermline with a spring in their step following the win over Inverness midweek, along with having a new face in the dugout. Former St Mirren, Queen of the South and Queens Park manager Gus MacPherson was announced on Wednesday night, agreeing to take the reigns from Anton McElhone until the end of the season.

The squad will head into Saturday’s match on a high after their revitalising victory midweek. Anton McElhone shuffled the pack, introducing Markus Fjortoft, Reece Lyon and Kazaiah Sterling to the fold, as well as utilising club captain Sean McGinty at left back in place of the injured Lewis Strapp. A solid defensive performance laid the foundation for Aidan Nesbitt’s drilled finish to give The Ton their first win in eleven outings. 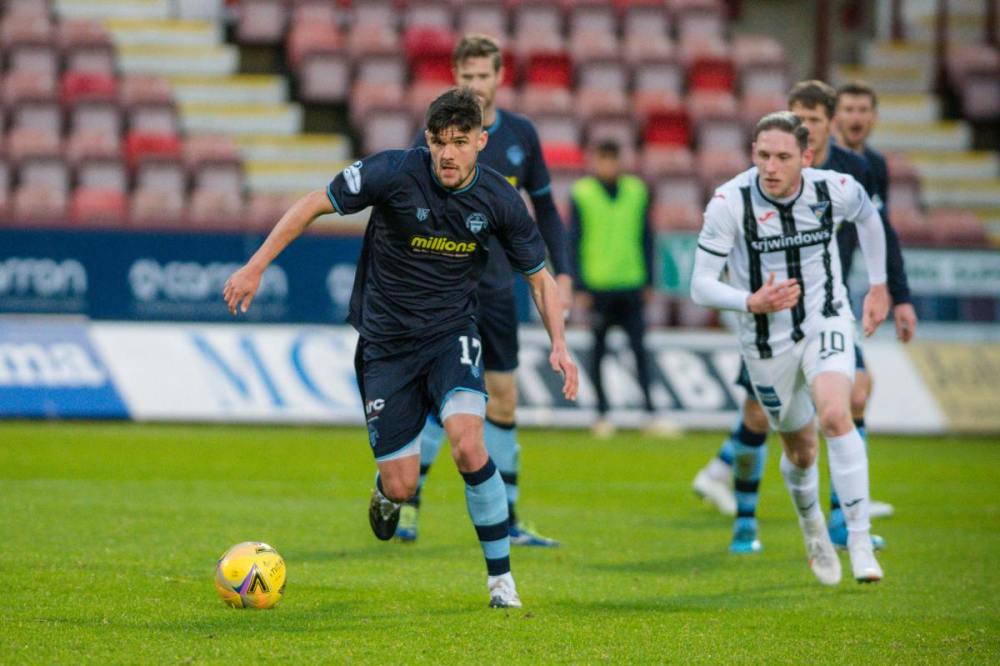 Declan McManus joined Morton in 2014 on loan from Aberdeen, aiming to assist Jim Duffy in winning the League One title at the first attempt. He was a star man for the title winning Ton, scoring twenty three goals and being selected for the PFA League One Team of the Year. He then went south of the border for a spell at Fleetwood Town, before returning to Greenock midway through the 2015/16 season. He has since had spells at Raith Rovers, Dunfermline, Ross County and Falkirk before resigning for Dunfermline in 2020.

The last meeting between the sides was a dull 0-0 at Cappielow in January in front of the BBC Scotland cameras, with Dunfermline failing to make the breakthrough despite having the better of the chances. Aidan McAdams denied Iain Wilson, Dom Thomas and Declan McManus as Morton failed to register a single shot on target.

Anton McElhone’s managerial debut came in this fixture in December. The former Spurs fitness coach found himself unexpectedly promoted after David Hopkin walked out of the club less than 48 hours before the match, following a dispute with chairman Crawford Rae. A new look Morton, lining up in a 4-2-3-1, took the lead thanks to a well-executed volley from former club captain Jim McAlister. Former Morton striker Declan McManus equalised for the home side from the penalty spot before a thumping finish from Craig McGuffie gave the away side all three points. 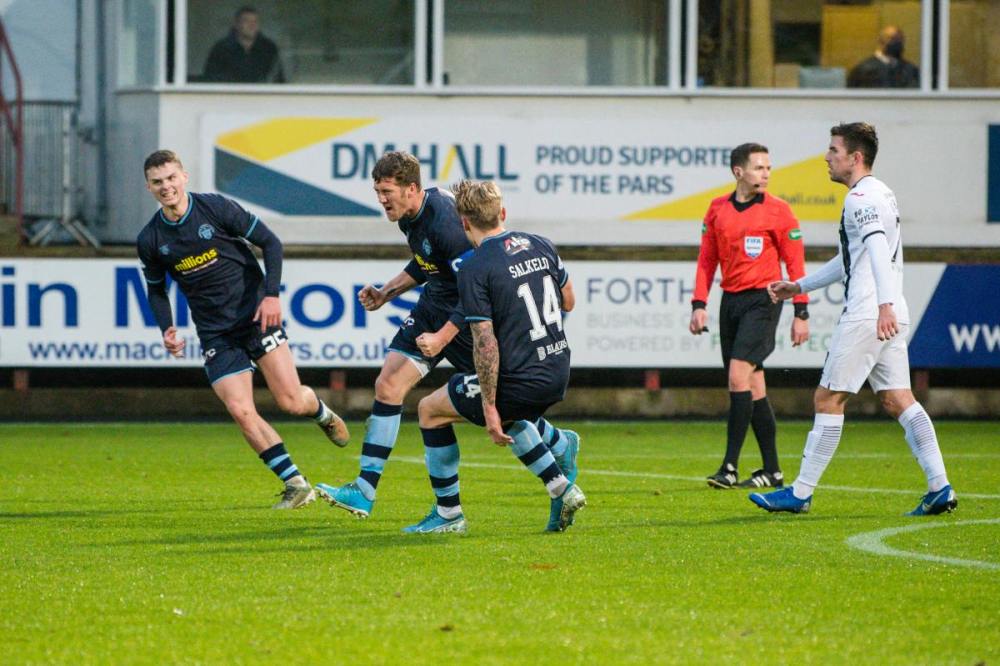 Former Morton striker Declan McManus has been a key part of the Pars’ season so far, sitting joint third in the scoring charts with seven goals to his name. The Pars have averaged 1.53 goals per game from 9.76 shots attempted per match. The Fife side sit bottom of the fouls conceded charts, indicating that they prefer to play free-flowing football. By comparison, Morton have conceded the second highest number of fouls in the Championship (237), trailing only Arbroath.

Morton’s attackers could look to exploit midfield enforced Iain Wilson. Wilson sits joint third across the Championship for cautions this term with five to his name. The combative defensive midfielder played for Kilmarnock and Queen of the South before joining Dunfermline and has made fifteen appearances so far this season.

I spoke to Dunfermline supporter Dennis Hamilton ahead of Saturday’s match, who spoke about the need for The Pars to recapture their early season form –

“The Pars are on a patchy run of form at the moment, and we’ve slipped a bit from chasing Hearts. We missed a great opportunity the other week when we got beat by Queen of the South which was gutting, especially seeing as our local rivals Raith have usurped our position. The last couple of weeks of missing games, due to the Coronavirus outbreak (East End Park is being used as a vaccination centre, so although it’s still under investigation, I’m putting it down to our commitment to the greater good that’s caused this!) could work in our favour, giving the players an unexpected break to freshen up. Or it could have worked against us if the players aren’t sharp enough. There’s a wee bit of uncertainty as to who’ll be available on Saturday, but hopefully we’ll be able to play a strong side.

In the games I’ve seen this season, Kerr McInroy looks ‘a pler’, and signing Craig Whigton in January looks like it could have been a great bit of business. Hopefully he and Declan McManus can form a fruitful partnership for the rest of the season and beyond. Bringing in Steven Whittaker was a surprise, mainly as he could probably play at a higher level still, but giving him a coaching role as well seems to have swung it for us.

Morton are a bit of a bogey team for us, we don’t seem to have much success against you very often, although I have very fond memories of 2011 when we won the First Division at Cappielow, one of the great old school grounds of Scottish football. I always feel a bit of nerves against Morton due to your knack of getting results against us, but I’m hoping for a better game than the 0-0 draw in January. I think I daydreamed about four times about root canal surgery, which would’ve been more enjoyable. Hopefully we can get a result.” 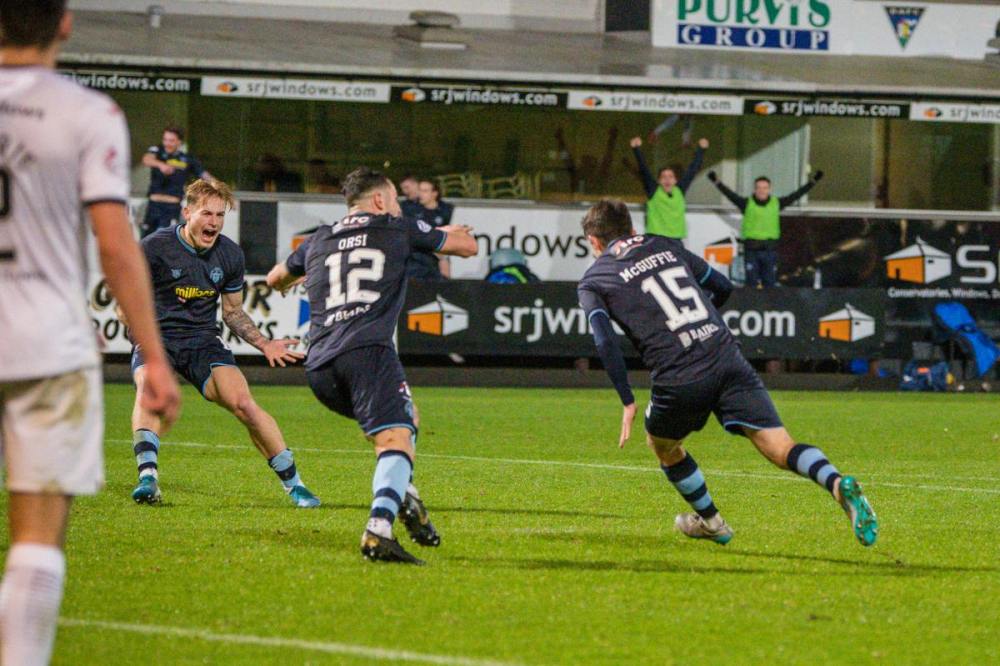 The home side head into this match as heavy favourites, pricing up at 1/2 to win the match outright. BTTS and Dunfermline to win is 12/5 and The Pars are 29/20 to win to nil. Dunfermline are also 6/4 to win on a -1 goal handicap.