The TV cameras again rock up in Greenock tonight with Morton welcoming BBC Scotland and league leaders Kilmarnock to Cappielow as the Championship title race heads into its final straight, and the hosts look to finally dispel any lingering fears of relegation and a season of slumming it with wee Falkirk.

For those who can’t make Cappielow on Friday, should you prefer the dulcet tones of Gerry and Andy to Michael Stewart and Jonathan Sutherland (and let’s be honest, who wouldn’t?), streams are available at the reduced price of £7. Click here to purchase your stream. 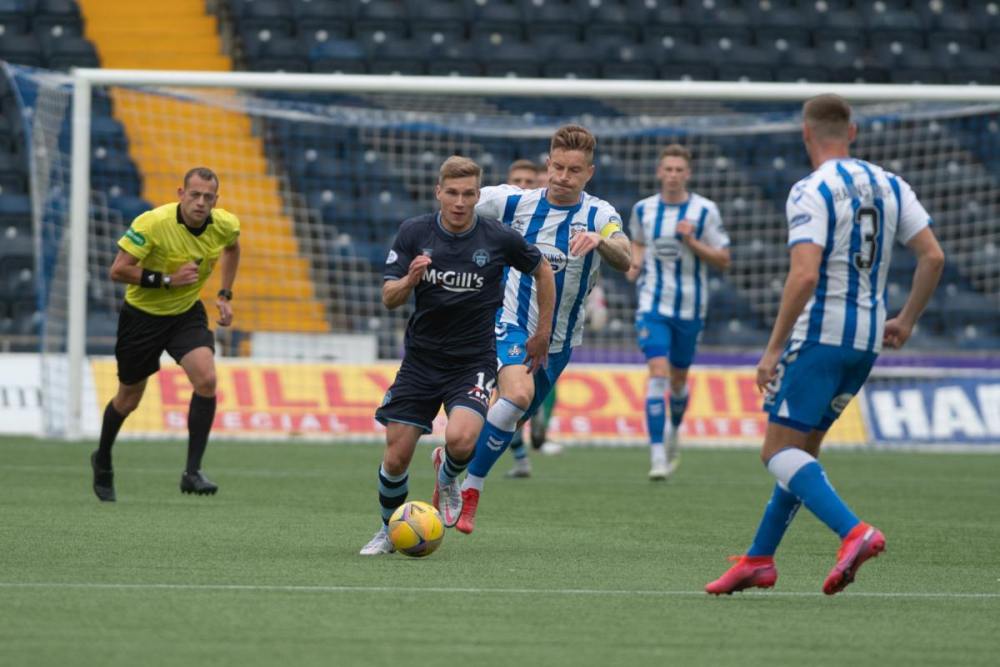 With Oisin McEntee playing his part in the Republic of Ireland’s under 21 team’s fine 2-0 win in Sweden on Tuesday, he should hopefully return to a defence from which he was missed last Saturday against Ayr. Dougie Imrie will also hope to see the return of Hearts loanee Jamie Brandon from a non-COVID related illness, and the manager has also indicated that the return of veteran centre back Brian McLean from surgery on his thumb may also be imminent.

There are two former Morton loanees in the Killie ranks- Jason Naismith, who came in from St. Mirren in 2012-13 and former Buddies captain Stephen McGinn, whose arrival from Hibs at the back end of last season helped steady the ship as Morton eased to survival in what was a relatively straight forward play-off campaign.

The hosts have three former Killie men in their squad- Kyle Jacobs had a brief spell at Rugby Park, playing five games in 2013-14 season, whilst striker Robbie Muirhead and new signing Iain Wilson both started their careers in Ayrshire.

Perhaps the most obvious connection however is that of Kilmarnock Manager Derek McInnes, who started his own career at Cappielow and enjoyed a fine, if sometimes injury curtailed time on the Tail O’ The Bank.

McInnes was to debut for Morton as a 16-year-old in the Premier Division in 1988, and went onto make 224 appearances for Morton, scoring 19 goals, winning the 1994-95 Second Division title and Player’s Player of the Year for his division in that same season, before making the move to Ibrox a few months later for what many felt was a paltry £230,000 at the time, such was the clause in his contract in those early days of the post Bosman era. 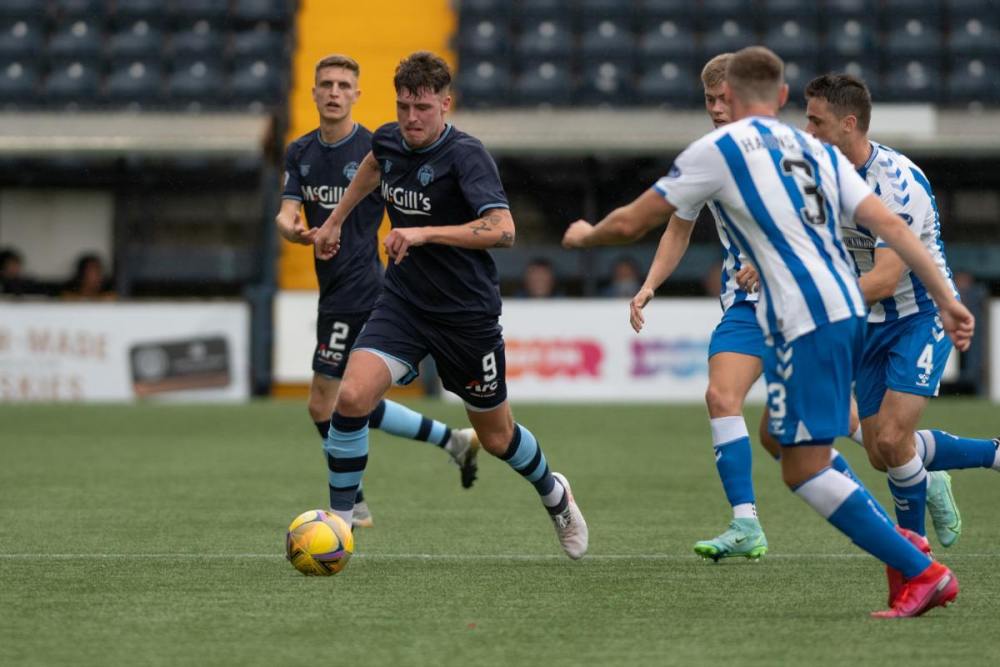 Friday sees the fifth and final meeting between the sides this season, unless some bizarre set of circumstances sees them face off in the play-offs, but there’s probably more chance of Morton sullying themselves with a trip to Falkirk in the league next season than there is of another couple of games against Killie this term. After the League Cup group stages got off to a disastrous start as COVID issues saw Morton forfeit their trip to Stranraer, scrape together a team that could only beat East Kilbride on penalties, they visited Rugby Park with a mountain to climb in order to progress. A surprisingly fine Morton performance saw the ‘Ton cruelly denied the three points in the final minute after Lewis McGregor had given us a shock lead. To add insult to injury, Kilmarnock were to pick up the bonus point in the penalty shoot-out en route to the knock-out phase as Morton were left to lick their wounds and think what might’ve been.

Rory McKenzie’s late strike in September was to settle the first league game of the season between the pair as another credible performance came up just short and Killie took all three points. But it was to be a different story as Kilmarnock made their first visit to Cappielow in almost 15 years and the Chris Burke’s scintillating performance ensured there would only be one winner. First half strikes from Blair Alston and Oli Shaw, both ably assisted by the experienced winger, ensured that the points were to head down the road to Ayrshire.

Dougie Imrie took his bow as Morton Manager in the most recent meeting between Christmas and New Year, and in what could only be described as a “difficult” first half, Morton headed in behind at the break, thanks to another McKenzie strike. Imrie breaking with the tradition of recent Morton Managers by making some effective substitutions was to prove decisive though as Alan Lithgow salvaged a valuable point, before we really started to kick on and pull away from the basement zone.

It may be too early to describe Kilmarnock as Champions-elect, but it would take a brave man to vote against McInnes’s charges lifting a silver pot at the end of the season. What has been a bit of a stop-start season has really clicked into gear in recent weeks, thanks in no small part to the arrival of talismanic Northern Ireland international Kyle Lafferty, whose goals have proved pivotal in Kilmarnock’s attempts to dislodge long-term league leaders Arbroath from top spot. Since losing at Gayfield and in the derby against Ayr at Rugby Park, they’ve collected 13 points from a possible 15, including that fine win against the Honest Men at Somerset Park, which certainly raised a few cheers on Inverclyde!

I spoke to buoyant Killie fan Peter McCormick, who struggled to hide his optimism ahead of his club’s visit to Cappielow;

“With five games left of this crazy season, in this crazy league, we once again make our way to Cappielow. Kyle Lafferty has returned after a shorts spell in Cyprus and found form at the right time. His six goals so far have proved crucial in our attempts to finally catch and overtake Arbroath at the top of the table.

Also hitting form has been Rory McKenzie, who has had a breakthrough season- only a mere decade after becoming a first team regular, he has finally begun to win over his doubters. A spell as a box-to-box central midfielder, whilst occasionally sporting the captain’s armband really seems to have brought him to the fore. Whisper it, but even Blair Alston hasn’t been bad either, lately! I can probably get away with saying that as I doubt any Killie fan will ever read this!

So, what to expect from the Kilmarnock FC juggernaut? Pretty much as I’ve been saying in all these match previews this season; functional 4-4-2 or 4-1-4-1 football, just a bit more effective, these days. I’m still not entirely convinced by our full backs, but our midfields and forwards seem to more than make up for that these days.” 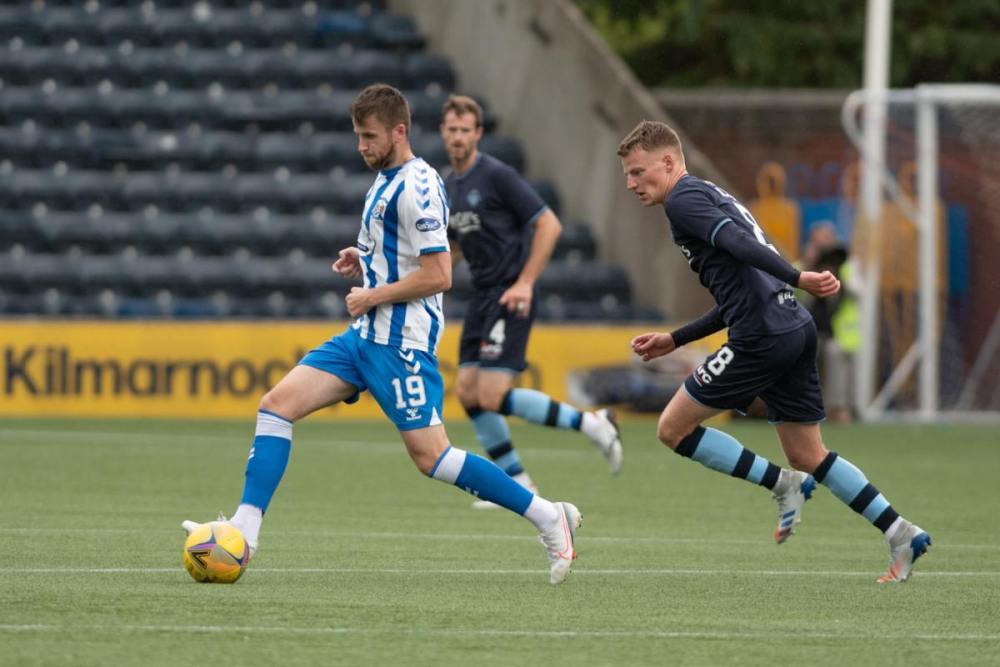 All odds are supplied by McBookie. All odds correct as of 7am on 1st April 2022 and are subject to change. Please only bet within your means and visit BeGambleAware if you are struggling.

Kilmarnock are the even money favourites heading into the game, with Morton priced at 5/2 and the draw at 11/5.

With no more than two goals scored in any of the previous meetings, an optimistic bet of Morton to win and under 2.5 goals is 21/4.  Robbie Muirhead’s knack of bagging late goals always tempts me, and having scored the last goal against one of his previous employers, Partick Thistle, the other week, a repeat comes in at 8/1.