For a third time already this season, Morton head up the A9 for a visit to Inverness hoping to complete the set after a defeat and a draw at the Caledonian Stadium already this season. After Friday night's TV thriller against Raith Rovers, the 'Ton can go into the fixture with a degree of confidence that we don't often have when visiting what hasn't been a particularly happy hunting ground down the years.

For those unable to make the long journey, our hosts will be providing a stream for the match, priced a £15 and available to purchase here. 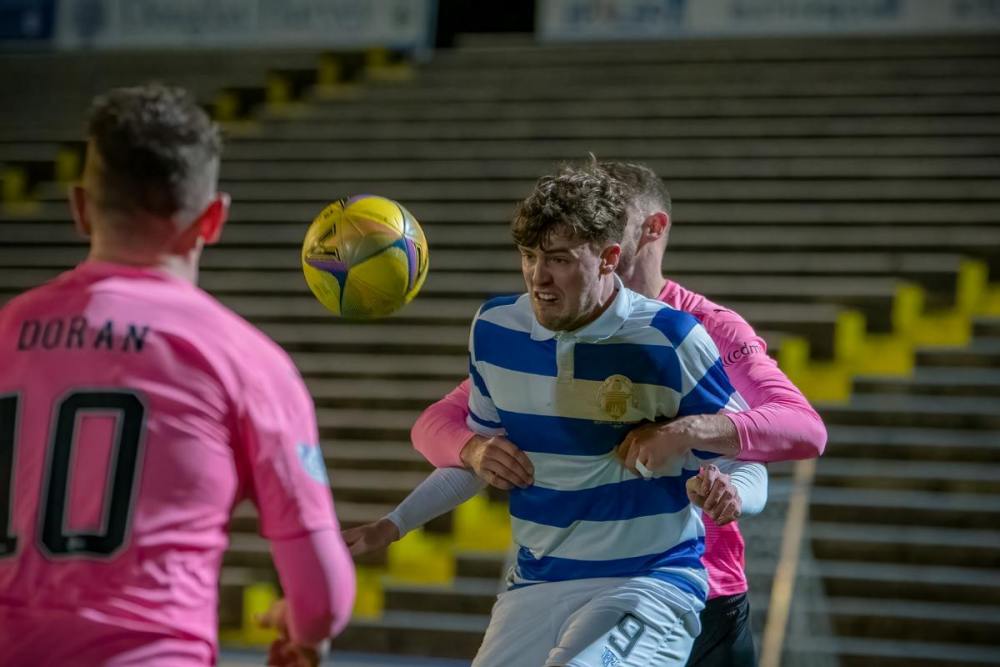 I'm beginning to enjoy writing that there are no fresh injury concerns on a weekly basis, touch wood. Dougie Imrie added to his squad on deadline day with the signing of former Dunfermline and Queen of the South midfielder Iain Wilson, who is expected to go straight into the squad. With Oisin McEntee's encouraging performances in recent weeks coinciding with a drop off in form from Brian McLean, it wouldn't be out of the ordinary to suggest the Newcastle loanee will come in for his more experienced teammate, although after conceding penalties two weeks in a row, Michael Ledger's place in the back line may also be under threat. Young goalkeeper Joshua Bysouth has signed professional terms so we may finally see a goalkeeper on the bench!

Connections are few and far between in the two squads, with nobody in either squad ever having represented the other, although Morton did sign Inverness defender Wallace Duffy on loan from St. Johnstone before accommodating Inverness's approach to sign him on a permanent deal which suited the player and his parent club, before he had the opportunity pull on the famous hoops. Morton Manager Dougie Imrie however did represent the Caley Jags for two seasons from 2008 to 2010.

It doesn't make good reading I'm afraid, although there was the one shining light of Morton's Scottish Cup penalty shoot-out success against the Highlanders in a Cappielow replay that followed two 1-1 draws in the tie, and was made all the sweeter by Inverness Manager Billy Dodds' temper tantrum about the temporary changing facilities at Cappielow. The league games however have been a horror story, with an insipid 0-2 defeat in the Highlands in October being followed up by a 1-6 Cappielow mauling in December, as Inverness enacted revenge for their surprise Scottish Cup exit at the hands of the then managerless Morton. 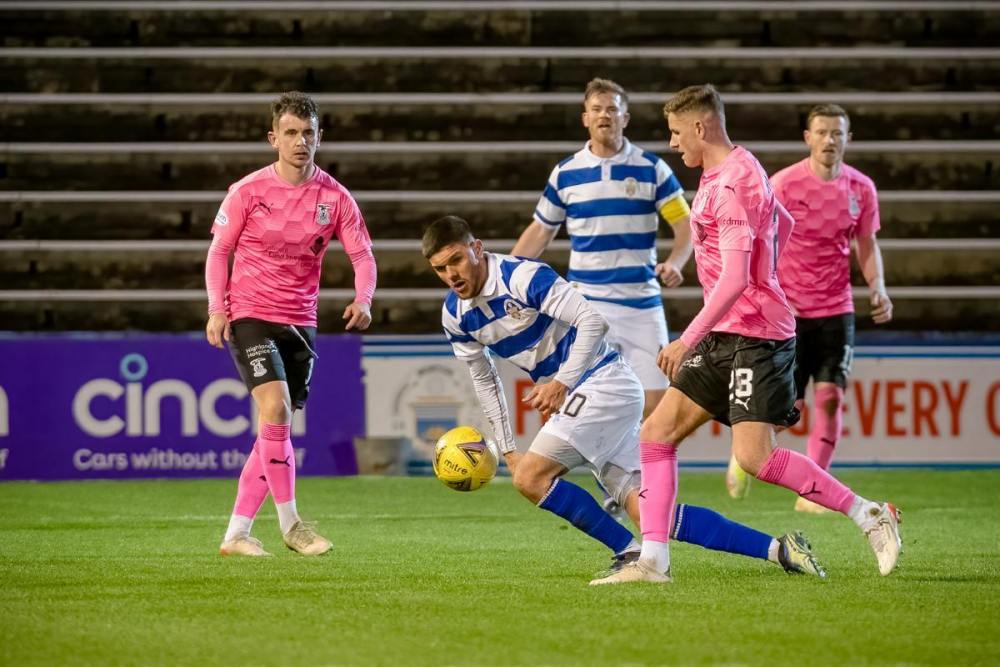 Since that festive horror show however, the two teams' fortunes have taken different paths. Whilst we're all aware of our own side's improved form, Inverness have picked up a mere four points out of the available twenty-four, including draws against Queen of the South and Dunfermline and a home defeat by Hamilton that has done our own cause no good whatsoever.

I spoke to Andrew Moffat (@AMoff7) of the Wyness Shuffle podcast (@TheICTPodcast), who felt Inverness's lofty position in the table papered over a number of cracks, and was particularly scathing of our pal, Billy Dodds;

Caley are on somewhat of a mini crisis at the moment- a crisis of confidence, given the aforementioned run that we are on, and a crisis of identity, having some key injuries to contend with, the manager’s curious tactical decisions and the addition of four new faces.

On the face of it, third in the league plays second bottom, your money would be on Caley, especially at home. But Caley have only won two matches at home since October. Like most managers in the Championship we have seen through Billy Dodds' tactics and are really hoping he tries something new. Dodds tends to opt for a semblance of a 4-4-2, and he does this every single match. He will only deviate when we are already behind, but by that time you’re chasing the game and your best hope is a draw. And low and behold we have drawn 5 of the last 6 matches.

It’s easy to forget that despite his experience, this is Dodds' first full time gig as a manager, and it does show at times. Most fans still harbour enough hope that he’s the man for the job, and with a few tactical tweaks and an altered approach we can still be in the mix at the end of the season.

Admittedly he has recently been hampered by injuries to key men such as evergreen top scorer Billy McKay, perma-crock Aaron Doran and defensive mainstay Danny Devine (who has been excellent).

In the transfer window we have shifted out former Raith forward Manny Duku, mainly due to having scored a total of zero league goals (despite even starting the first 8 games of the season when we left Billy McKay on the bench). As you read this you’ll be starting to get an idea of Dodds’ curious decisions. We have however brought in four forwards; with loan deals for winger Sam Pearson (Bristol City), strikers Logan Chalmers (Dundee Utd) and Joe Hardy (Accrington), as well as actually signing someone on an 18-month deal- forward Austin Samuels from Wolves, the striker having spent the first part of the season at Aberdeen. It’s anyone’s guess who will play where but Samuels looks like he’ll be a starter and Pearson should play on the right.

Other than that our recent standout players have been young Reece McAlear in central midfield, on a season long loan from Norwich, who’s scored a few recent bangers, and Sean Welsh who might be coming back to a bit of form but at his age is asked to do far too much in the middle of the park in a 4-4-2. Most fans would love Dodds to switch to a 3-5-2, as it seems the personnel we have would be most suited to this but whilst he persists, and it’s this will continue to cost us." 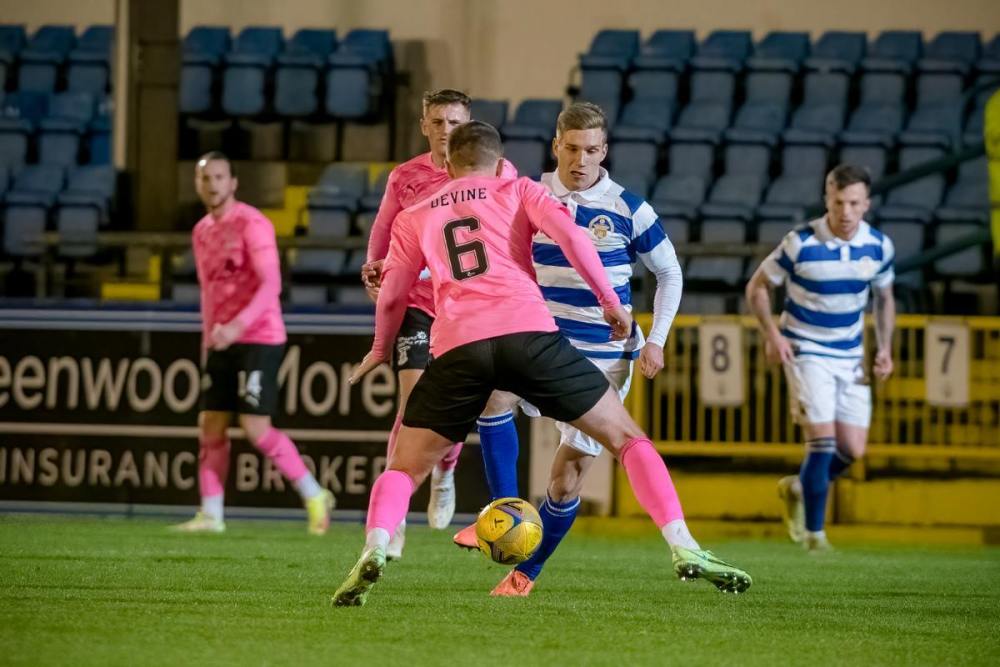 All odds are supplied by McBookie. All odds correct as of 7am on 4th February 2022 and are subject to change. Please only bet within your means and visit BeGambleAware if you are struggling.

Morton are rank outsiders for the trip up north, with the hosts priced at 8/13 and our own favourites a somewhat generous 4/1 and the draw 13/5.

With things looking up for Morton we might as well put an optimistic spin on the tips. 1-0 Morton comes in at 11/1 whilst the more conservative amongst us may prefer the double chance of Morton/the draw at 5/4.