Morton will get back into the swing of things tomorrow after a less-than-hectic festive period. Dougie Imrie’s side were scheduled to face both Queen of the South and Partick Thistle on Boxing Day and 2nd January respectively, with both sides requesting postponements due to COVID-related issues. New manager Imrie will be officially welcomed to Cappielow by a reduced crowd of 500 and will be looking to this fixture as the perfect opportunity to record his first win in charge of the Sinclair Street side. 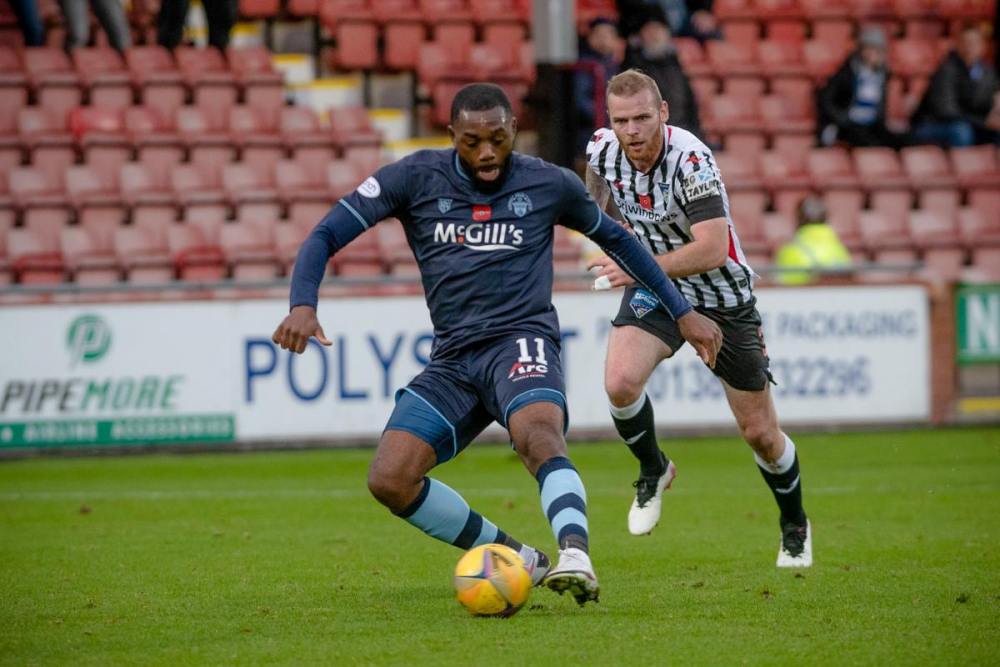 Morton will be preparing for life without holding midfielder Jaakko Oksanen, who has been recalled by parent club Brentford. Morton will be boosted by the return of veteran defender Brian McLean,  who started Imrie’s first match in charged against Kilmarnock between Christmas and New Year. Lewis McGregor may also be fit enough to play some part in the matchday squad as he nears a return to full fitness.

Nobody in the current Dunfermline squad has ever plied their trade in Greenock, with former Morton and Dunfermline striker Declan McManus departing the Scottish Championship in the summer to join Welsh outfit TNS.

Gozie Ugwu spent the first half of the 2014/15 season at Dunfermline. The striker enjoyed an excellent strike rate, finding the net on seven occasions in his fourteen League One appearances. He then moved to the English third tier to join Yeovil Town to complete the season. 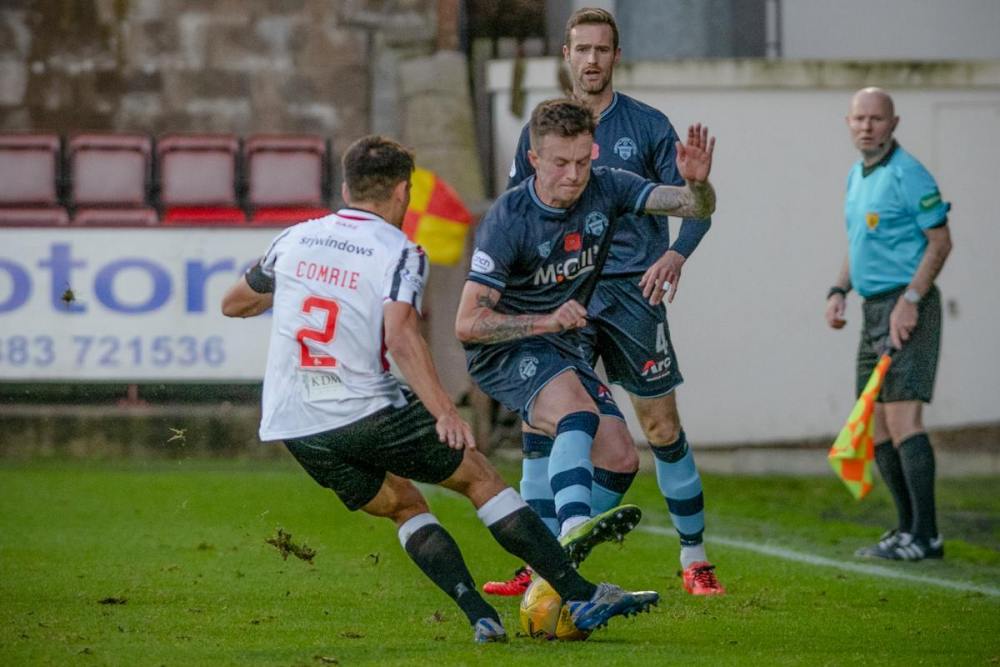 Morton left all three points away from East End Park on Matchday Thirteen. Ahead of this fixture, Dunfermline relieved manager Peter Grant of his duties, handing over the reins to senior player Steven Whittaker on an interim basis. The Ton took the lead in the thirteen minute. After excellent physicality from Gozie Ugwu, young striker Jimmy Knowles showed great awareness to angle a lay-off into Gary Oliver’s path, who passed the ball into the net from around fifteen yards out. The Pars equalised midway through the first half, as Matthew Todd headed from Kevin O’Hara’s cross.

A corner swung towards the back post by Jakko Oksanen was expertly nodded back across goal by Ledger for Gozie Ugwu to regain the away side’s lead. Dunfermline had a number of half-chances and flashes across goal, with outstanding performances from Oisin McEntee and goalkeeper Jack Hamilton keeping The Pars at bay in the second period. As Dunfermline upped the ante in the closing stages, sub Lewis McGrattan drove into the box and unleashed a shot which struck defender Mark Connolly on the arm. Gary Oliver used all his experience to slot the resulting penalty past Owain Fon-Williams, rounding off an impressive win for The Ton.

Morton and Dunfermline shared the spoils in the opening league match of the season at Cappielow. Morton took a first half lead from the spot in the twenty-third minute after Pars goalkeeper Ross Graham was adjudged to have fouled striker Gozie Ugwu in challenging for a high ball. Striker Gary Oliver remained cool and slotted the ball past the goalkeeper to give The Ton a 1-0 lead at half time.

Dunfermline fought their way back into the match in the second period, drawing level five minutes after the restart. A Josh Edwards drive was parried away by Jack Hamilton, with his save cannoning off the chest of full-back Lewis Strapp and into the path of Nikolai Todorov, who made no mistake from short range. Kevin O’Hara looked to have secured all three points for the away side, smashing the ball home after a corner into the box caused a ‘stramash’. Youngster Lewis McGrattan managed to snatch a point for the home side, as his cross-come-shot took a deflection before sneaking in at the back post.

It’s safe to say that John Hughes hasn’t experienced the so-called ‘new manager bounce’ during his tenure at The Pars thus far. Despite blowing Ayr United away 3-0 in his first match in charge, results after that have been troublesome for a side that many tips to be competing at the opposite end of the Championship this year. They exited the Scottish Cup in the hands of Championship counterparts Partick Thistle, followed by Hamilton left East End Park with all three points the next week. Over the festive period, Arbroath ran out comfortable 3-0 winners on Boxing Day, before Dunfermline ground out a 0-0 draw against local rivals Raith Rovers. 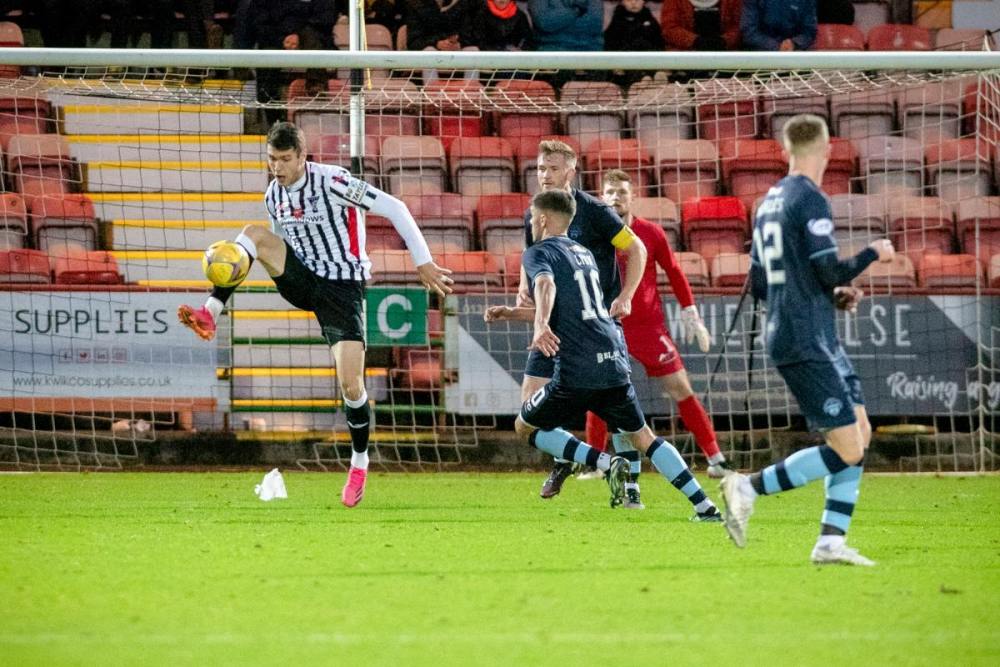 All odds are supplied by McBookie. All odds correct as of 7am on 6th January 2022 and are subject to change. Please only bet within your means and visit BeGambleAware if you are struggling.

Morton’s home advantage hasn’t convinced the bookies to shorten The Ton’s odds, with the bottom side priced at 13/8 to overcome The Pars. 17/4 is your reward for Morton to win with BTTS, along with 7/2 offered for the home side to win to nil. If you fancy a comfortable home win to mirror the 3-1 win earlier in the season then 5/1 is the offering for backing Morton on a -1 handicap.