An afternoon of celebration awaits at Cappielow as Morton mark the 100th anniversary of our Scottish Cup win with the visit of Hamilton Accies. But there is also a job to be done, with the hosts requiring only a point to secure their Championship status for another year, whilst Accies require a win to do likewise. After Morton’s exorcising of the Stark’s Park ghost last weekend, both sides will also be eyeing Raith Rovers’ trip to Firhill, as they look to reel in the Fifers in fifth place in the table.

Those who are unable to make Cappielow can share the celebrations with Andy and Gerry for the princely sum of £14. Click here to purchase the game.

With only Gavin Reilly missing out last weekend, Morton boss Dougie Imrie will be hoping for his return to what should be an otherwise fully fit squad. 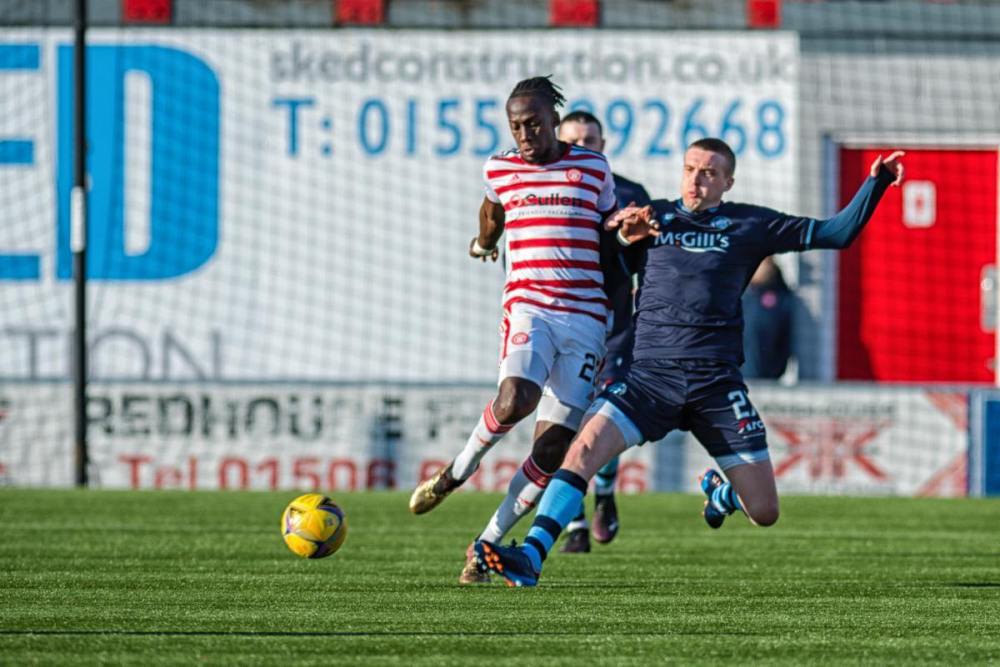 There are no players on either side to have represented the other- a somewhat unusual occurrence in the Championship, but both Morton Manager Dougie Imrie and his Assistant Andy Millen played for the Lanarkshire side with distinction. Millen spent three years at Accies in the early 1990s as well as a brief spell as Assistant Manager in 2010 under Billy Reid, whilst Imrie had two spells at Hamilton, either side of his time at St. Mirren and Morton.  In that time, he was to establish himself as an Accies legend as a player, simultaneously captaining them whilst leading their under 17s to the Scottish title and in a memorable UEFA Youth League campaign the following season, defeating Swiss powerhouses Basel along the way.

Whilst I mentioned that Morton exorcised the ghosts of Stark’s Park last weekend, there is another monkey to get off the back this week- we’ve failed to beat Hamilton at Cappielow since a 3-0 league win in February 1999, a run spanning 23 years and 13 games.

This season however, has been honours even with a 1-0 win apiece at New Douglas Park and a 1-1 draw that Morton were very fortunate to get away with at Cappielow after a 97th minute own goal gave us far more than we deserved from a turgid performance in the dying embers of Gus MacPherson’s doomed tenure. 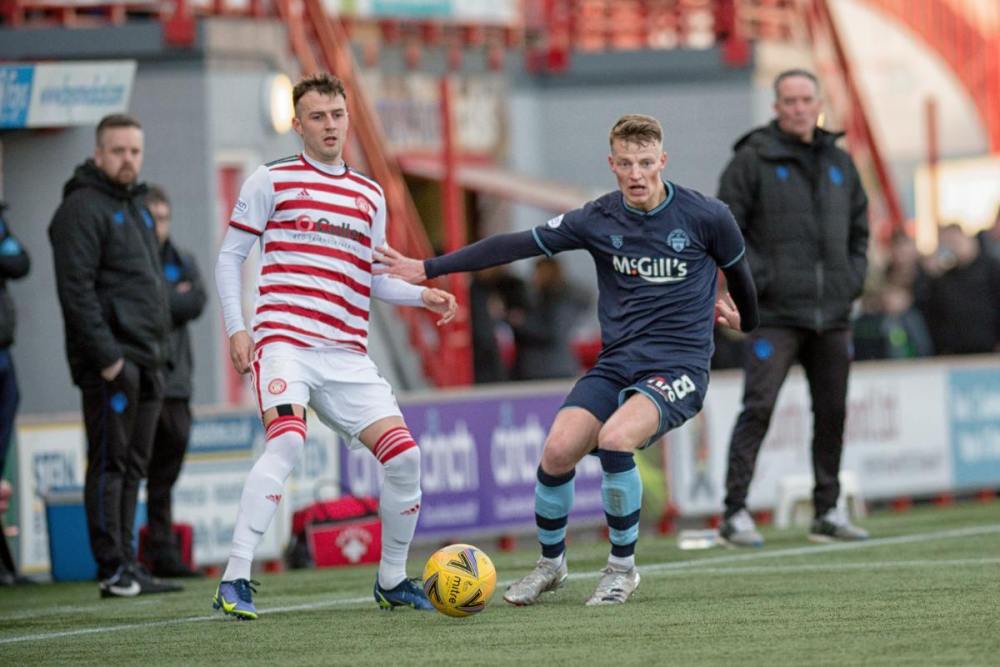 It could be said that Hamilton have had a season of consolidation this term after finally suffering relegation from the Premiership last term. Whilst they’ve never been in serious danger of relegation, a play-off push hasn’t really been on the cards either, with them occupying sixth place most of the season, and only Morton’s late season form changing that, although a win for the visitors tomorrow could make that a temporary arrangement. Whilst the last two games, a 0-1 home defeat by Arbroath and a disappointing away draw at Ayr, Accies again conceding in injury time, have been disappointing, there have been encouraging results in there, most notably a 4-0 victory over Partick Thistle at Firhill.

The main threat of late has come from young striker Andy Winter who, prior to last weekend had scored three in three, including one in that Firhill rout and the late winner at New Douglas Park against Queen of the South that put significant daylight between them and the Doonhamers, who prop up the table.

I spoke to Ben Paterson (@BenOnlyAccies) of the Only Accies (@OnlyAccies) podcast who was well aware that Accies haven’t reached the standards of earlier in the season in recent weeks, and feels they’ll be looking to address that at Cappielow this weekend.

“After conceding another late equaliser at Somerset Park and following that up with a home defeat to Arbroath, Accies will be desperate to get back to winning ways. It’ll never be easy to pick up maximum points against a Morton side led by Accies legend Dougie Imrie, but we’ll be looking to replicate the result the last time the sides met at New Douglas Park, when we ground out a 1-0 win.

As well as hopefully picking up a more positive result, we’ll also be hoping to see a more positive performance, having fallen away badly in the last two games. Dominating possession has been something that’s come easily to Hamilton this season, but being clinical in front of goal has been a bit more problematic.

Whilst three points will guarantee our Championship status for next season, they’ll also provide a platform for as strong a finish to the campaign as possible.” 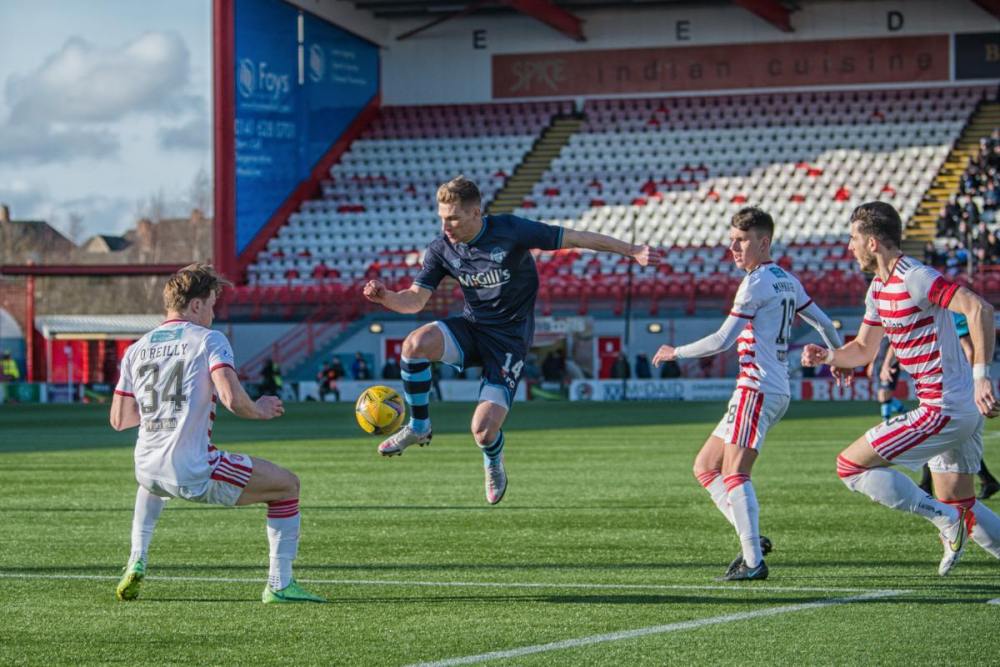 All odds are supplied by McBookie. All odds correct as of 4pm on 15th April 2022 and are subject to change. Please only bet within your means and visit BeGambleAware if you are struggling.

The bookies don’t see much separating the teams, with Morton slight favourites at 6/4, Hamilton at 9/5 and the draw 21/10. With not many goals in the previous fixtures this season, Morton to win and under 2.5 goals is 7/2, and a draw at half time and Morton win at full time is 19/4.