And where are these guys playing their club football? Being a fringe Scotland player is not a great achievement these days. They were all loan players too? Shouldn’t even count... I certainly didn’t consider loan players.

In previous decades we had players that went on to play for big clubs in England.

Millar did brilliantly for himself at St Johnstone, the peak of where he was capable of playing. Sadly we got him back when St Johnstone thought he was done... they were correct.

Absolutely none of this is relevant to what said in your original point/trolling attempt.

You said none of them went on to play at "a good level". Three of them have played international football (four if you include that wee rat Bachirou), it's pretty much the biggest honour a player can get in the game.

You moving the goalposts and setting your own wee set of rules as to which player is applicable for what was in actual fact an all encompassing swipe doesn't cut it I'm afraid. No wonder the weans despise you.

Ten years on, and after spending the whole season in the play off positions without threatening to actually win the league, former manager Jim McInally's Peterhead fail spectacularly at the first hurdle once we get down to the nitty gritty. Can't think where I've seen this story before.

Another play off failure for oor Jim, better hope there are no sectarian bigots that are losing their patience in the Peterhead support. Firstly, readers who aren't clued up on the comings and goings of Greater Greenock's thriving bin pub scene will be wondering: where the **** is 'The Thistle Bar'?

A: The Thistle is a bin pub on the site of the former Lynedoch Bar, which did a Rangers after either i) sectarian-based violence in the premises or ii) running a series of 'special' opening times and being caught by the pigs a few years ago. It doesn't open for the new-fangled 'derby' matches involving the bigots - which leaves this magnificent bin pristine for the rest of us during the year. 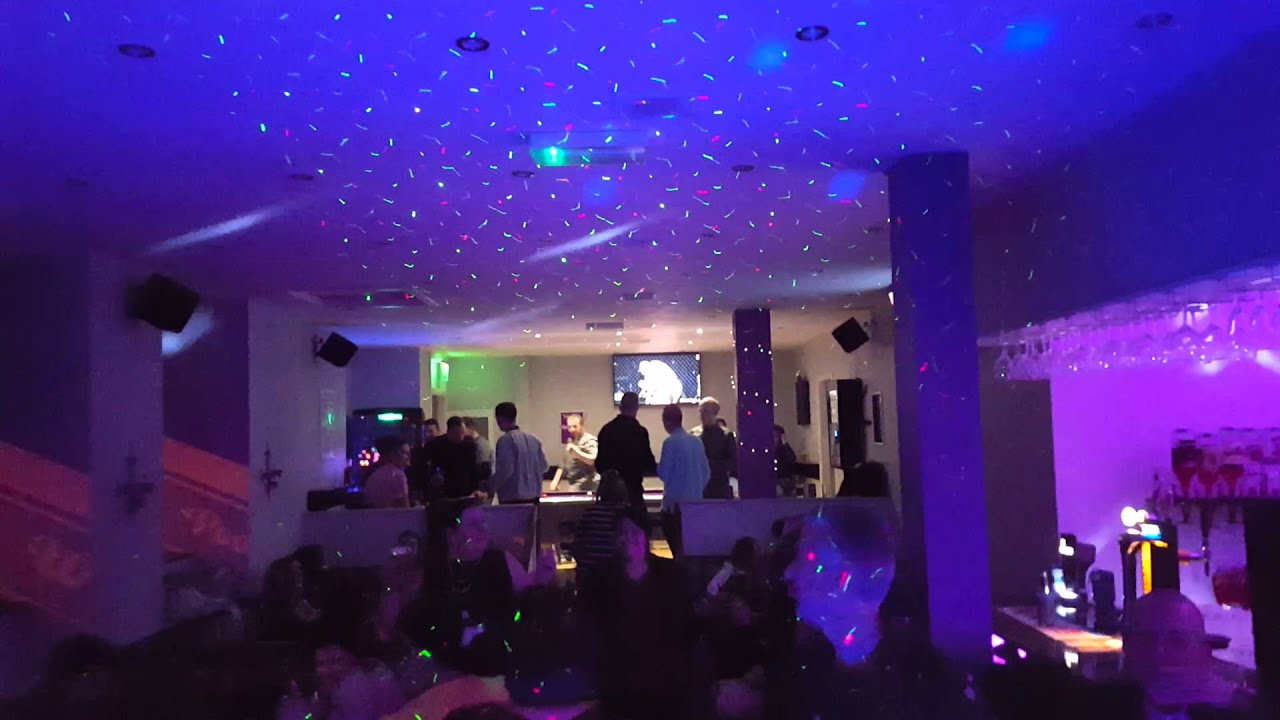 Good: As the picture suggests, the owners of The Thistle are trying very hard to make it something more than a bin pub - a super fun karaoke bar to be precise. But just like you can't take the Big Mags effect out of a Raploch wean, you can't take the 'bin' out of what used to be the ****ing Lynedoch either. When popular with the locals, the pub feels like its always one spilled pint away from a mass rammy. Which is exactly how it should be.

The owners best intentions pay off in the service, which is undoubtedly the best available even by Greenock's magnificent standards in watering holes. Big boy measures of Smirnoff cost a mere £1.50 with pints at £2.50.  In return, guests are able to watch the football on Sky as well as BT Sport without having to use some buckshee box that the owner of the pub took out of a skip the night before, as well as having use of a pool table. At the moment they're flogging Tennents at £2 a pint and a Glens with dash for £1.40 - making it by far the cheapest pub in the town that doesn't serve Tiger.

Bad: Nothing to report from the official KKK visit.

Mixed: The pub doesn't have an authentic wine list - El Dorado or Buckfast in their rightful storage conditions - but it does offer the inferior, English swill as part of a Bucky-bomb for £1.50. The official KKK Bin Pub Guide is agnostic about this situation.

Rating: 3Ks out of 3. Offering all required amenities for a low price, big measures and a taste of malice in the air, The Thistle wins a hearty KKK stamp of approval as a bin pub. Anyone who chooses to trot along to the James Watt or even worse, that Tail of the Bank monstrosity instead of taking the brief detour up to it from Greenock's Golden Mile needs to take a long hard ****ing look at themselves. But the owners of The Thistle are making an effort - which means that for all its impeccable bin qualities it hasn't built up the character features that separate the best bins of all from the rest. Close but no cigar.

Pics or it didn't happen.


No, it simply happened. And no one in their right mind would give pictures to a creep like yourself anyway.

Back in your box then.

Another effortless victory for The Clique.

The more you think about it, the more you realise just how thick Zhivago must be to think that *literally no one* has the right to eject someone using physical force from a football ground other than the police, who probably don't attend the majority of those held in the SPFL anymore. How on earth would the grounds be safe in the event of even a minor disturbance or emergency?

Clearly he's also never been to a pub that isn't the fucking Cafe, any large music event or a nightclub either, seeing as people getting huckled out the door is a standard part of the job for licensed stewards, with no 'breach of the peace' reason ever being required.

I wasn’t really interested in what he had to say so it made things much better.

Exactly what should’ve been done the first time, but glad we’ve at least avoided another humiliation.


Aye, all things considered it was a thoroughly enjoyable night.

We were at it from the off, the result was never in doubt, it was a new ground to visit for a lot of the (very big, in relative terms) travelling support and the club did some good PR work to get folk a bit more onside with them.

Was well worth the day off work Wow wow look at me I know people. Ffs nobody gives a fuck you come across as a complete stuck up prick n total loser.

Shocking how bad our ‘Team of the Decade’ looks.

Not really one outstanding player there. Sums up the last decade really, absolute mediocrity.

Bachirou the only player that went on to play at a good level (don’t count average clubs in the SPL as a good level).

Barrie McKay, Stuart Findlay and Lawrence Shankland all went on to play for Scotland, you insufferable fuckwit.

Mark handed his notice in on Saturday evening, having notified CEO previously that he had an offer.

All players left the pitch at 1715 and Mark went to turn off the floodlights, as normal.

Between him leaving the pitch and going to the switch room (at Sinclair St turnstiles), a player decided to go back on the pitch for some further training. Mark returns to the pitch area and confronted by Assistant Manager. The abuse and language aimed at Mark, inches from his face and witnessed by many was a disgrace.

Intimidation, Aggression and bullying has no place in anyone's place of work, and everyone should be treated with the same respect and dignity.

Mark Farrell has been a tremendous servant to the club, often going above and beyond the call of duty. He has a young family to look after and I, along with I would imagine the vast majority of the support, wish him well in his future career.

It's a bloody shame his time at Morton is ending in this manner.