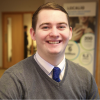 interesting that the players (or at least Tidser) was embarrassed by the way the club was being run towards the end of JJ's tenure.

he also cited it as one of his reasons for not coming back even after Falkirk got relegated.

i know majority of people don't like him now but its pretty damming that our joke of backroom was putting players off.


It’s really not damning given that he then chose - twice - to join the biggest clowncar outfit in Scottish football in recent years. I’m sure Barry Ferguson is doing such a terrifically professional job at his jumped up social club team as well.

Every self-serving excuse that comes out of his forked tongue should be filled immediately in the bin where it belongs.

The site is supposed to be a place for the extended 'family' of Morton supporters - having an affinity with people that you don't know, because you share a love of your local football club. It's not supposed to be about point scoring and showing how 'clever' or 'funny' you are, or just being downright rude and offensive to people you don't know, because you can get away with it. Unfortunately, it seems the classic case of people who have little standing/presence in real life, use this forum as a way of making themselves feel as if they are something. It's sad, and I've said that before..

So, having been on Morton forums for about 15 years I guess, I've had enough... well done t*ssers, another Morton supporter driven away. You can all feel happy at how 'clever' you are

That seems to have improved, and I can't help but wonder if that is a result of a couple of members of the previous backroom staff being given their marching orders. Having a motormouth inside the club, for all we find things out quicker, doesn't benefit the club in any way. Take the Gunning situation in January for example, if that was under the previous regime, we'd have found out long before Hopkin revealed it in the weekly update video.


I thought that straight away as well. It’s pretty well known that at least one of the previous members of staff who was removed spilled everything to anyone who listened. I had folk in my work who knew that person but had no allegiance to Morton who were telling me things that were going on.

I didn’t find the interview “explosive” as the guy made out to be but was certainly an honest interview. Feel a bit sorry for the guy as he clearly regrets a couple of his moves and evidently loved his time at the club overall but it was his call to follow the snake in the end.

Having now listened to part 2, I still don't think that Tidser is a particularly evil or bad guy, but he's really talking some measure of nonsense about Falkirk. He criticizes Crawford quite a bit, most notably for not offering him a contract when he knew that Falkirk were going to make him a pre-contract offer. But Falkirk's pre-contract offer was void upon their relegation; we did offer him a contract after that, but he complained that we did so late in the day.
Now, it's not the fact that he criticizes Crawford that bothers me here. It's that when discussing the way in which Ray left Morton, he said it was nothing at all to do with him. That is, of course, technically correct. But if you're talking about Crawford and contracts, and Ray and contracts, you're absolutely remiss not to at least consider this: Falkirk were found guilty of wrongdoing by an impartial SFA tribunal. (Among other things, Falkirk submitted an inaccurate timeline of events to the SFA, with phone calls missed out. McKinnon was not considered a particularly credible witness.) Nobody at Morton was found similarly guilty.
In other words, say what you will about Crawford, but he honors his deals. Meanwhile Falkirk don't. Then we get Tidser saying what a well-run, "nice" (his word) club they are, and how he was so happy there and all the rest of it. Are they nice, aye, inducing managers to breach contracts? Are they well-run, aye, being so crap at it that they get fined anyway?
edit: and I will say that Warren Hawke, for all his failings, conducted himself impeccably during the McKinnongate thing as well. Which brings me to another point. One of the reasons Tidser says he left is that it was all change at the boardroom, all change at the manager's level. He mentions Hawke by name. Well, perhaps realizing that Falkirk did their utmost to drag his and Morton's name through the mud wouldn't have gone amiss before throwing your lot in with them...
He does acknowledge that, with hindsight, he should have stayed, and it didn't work out. But going out of his way to make Falkirk out to be all sweetness and light while criticizing Morton doesn't sit well with me. Yes, some aspects of Morton are a bit of a joke, and he was quite right to wonder, what is the club's actual ambition here. But this treatment was unfair.

Now before Gavin goes, I'd like to ask him one more question.

I’m glad he’s realised the error of his ways, somewhat.

His career at any semi-respectable level of football is finished, the strong bond he had with the club that plucked him from obscurity and gave him a career in the first place is gone - and he only has himself to blame for it.

Chris's Morton TV next up to be on the podcast.

You couldn't mark that boy's neck with a blowtorch.

I prefer my One boat on a shirt.

Every one thought we knew the score

Before the game was played

That Morton's gonna throw it away

That they bet on Airdrie

But I know they can play

One boat on the shirt

All the Saints fans hurt

All the Ton fans steamin

Prefer my own poem, it’s titled The Working Class. But it could easily apply to every single person who attends Cappielow:


Crisps for dinner and a pint of best,
Our soccer club’s better than the rest.

Unions, strikes, “Everybody Out!”
I don’t want to, you’ve got to, we won’t earn nowt.

A certain pride, a certain swagger,
A fist, a stick, a gun, a dagger.

Giros, glue-sniffing, dogs on ropes,
But I see people, with dreams, with hopes.

Thanks for your time.

Prefer my own poem, it’s titled The Working Class. But it could easily apply to every single person who attends Cappielow:


Crisps for dinner and a pint of best,
Our soccer club’s better than the rest.

Unions, strikes, “Everybody Out!”
I don’t want to, you’ve got to, we won’t earn nowt.

A certain pride, a certain swagger,
A fist, a stick, a gun, a dagger.

Giros, glue-sniffing, dogs on ropes,
But I see people, with dreams, with hopes.

Thanks for your time.

You address me by my proper title, you little bollocks!

Prefer my own poem, it’s titled The Working Class. But it could easily apply to every single person who attends Cappielow:
Crisps for dinner and a pint of best,
Our soccer club’s better than the rest.
City, United, Albion, Rovers,
Cobbled streets that advertise Hovis.
Knuckle-busters, ASBOs, car-park fights,
Poundland, Asda, bingo nights.
Matchstalk men, matchstalk cats,
Matchstick dogs, and council flats.
Community centres and spray painted swearing,
Harassed policemen and teachers past caring.
Unions, strikes, “Everybody Out!”
I don’t want to, you’ve got to, we won’t earn nowt.
Cotton mills and cooling towers,
Old tin baths, no power showers.
A certain pride, a certain swagger,
A fist, a stick, a gun, a dagger.
Giros, glue-sniffing, dogs on ropes,
But I see people, with dreams, with hopes.
Thanks for your time.

Now before Gavin goes, I'd like to ask him one more question.


I thought he was a Celtic fan? Inconsistent by his very nature.


I listened to that for about five minutes and thought it was repetitive, wondering when the fuck this is going to end but then I realised it was only 30 odd seconds but kept looping back to the start.

I don't want to invoke another meltdown on here, but it comes across as the type of shite a school teacher would write and narrate to a class full of disinterested kids.


Without him the entire car park would look like a drained canal!

Back to General Morton Chatter

1 user(s) are reading this topic