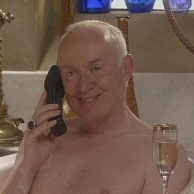 By BishopLenBrennan, May 6 in General Morton Chatter